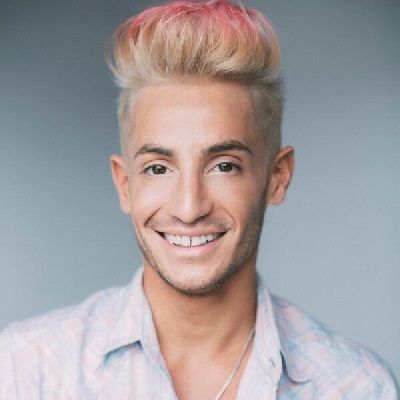 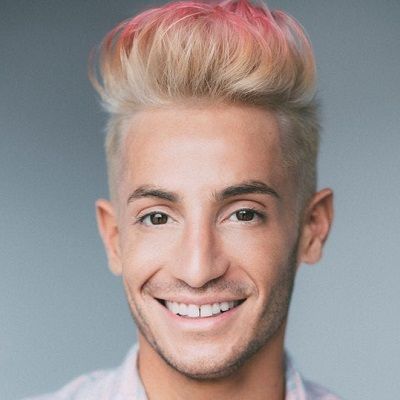 Frankie Grande was born on January 24, 1983, in New York City, USA. His current age is 39 years old and he is an Aquarius. His full name is Frank James Michael Grande-Marchione. He is the older half-brother of Ariana Grande.

Frankie is the son of Victor Marchione (father) and Joan Grande (mother). Grande is openly gay. Furthermore, his father is a physician and his mother is a chief executive officer of telephone and alarm system company Hose-McCann Communications. 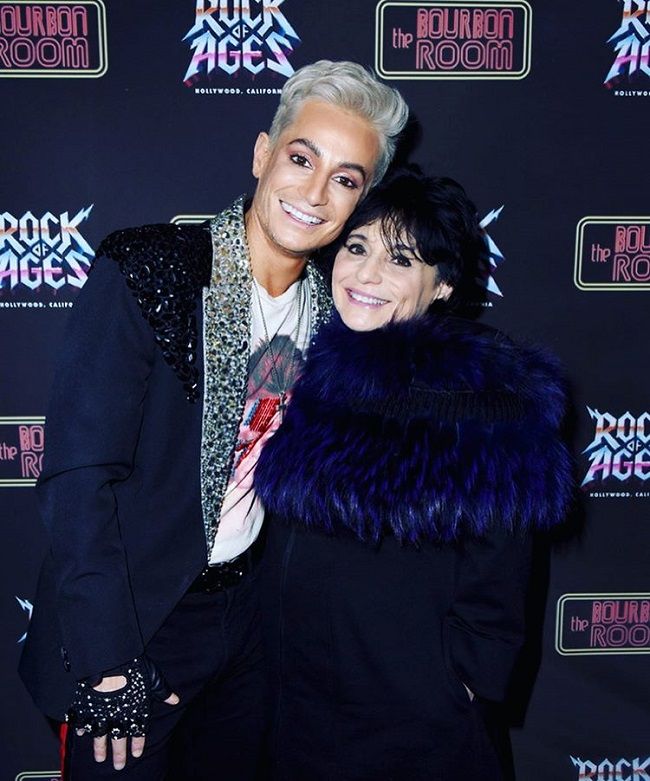 Frankie attended Pine Crest School and began performing in musicals in the fifth grade. He graduated from Muhlenberg College in Pennsylvania in 2005, having triple-majored in biology, theatre, and dance. He considered medical school but decided to take a year off to pursue theatre.

Talking about Frankie Grande’s early career, he started his professional performing career by 2007, when he made an appearance as Boots the Monkey in a national tour of Dora the Explorer Live! (Dora’s Pirate Adventure) and in regional theatre productions. He played in the title role in George M!, Mike Costa in A Chorus Line, and Lewis in Pippin, among others. Similarly, he was biology, theater, and dance triple-major at Muhlenberg College and pledged the Sig Ep fraternity there.

Later in 2007, he joined the cast Broadway of the musical Mamma Mia!, in the ensemble and as an understudy for Eddie. He performed for three years. He has also produced shows on and off-Broadway, including Broadway productions of Hamlet (2009) co-starring Jude Law, La Bête (2010–2011) co-starring David Hyde Pierce, and Born Yesterday (2011) co-starring Jim Belushi. Likewise, he produced Brooke Shields’ one-woman cabaret show in 2011. Later he has presented in cabaret acts in New York City, including at Birdland Jazz Club and 54 Below. In addition, his cover of “Rain On Me” was also popular.

Likewise, he also got Broadway” in the “Mr. Broadway 2007” charity benefit. He also portrayed Frankini on Henry Danger. In 2013, he portrayed Bobby in a regional theatre production of the musical Crazy for You. He performed his own show in New York, Livin’ la Vida Grande, at the Laurie Beechman Theatre.

Frankie is well-known for his FrankieFriday and ToplessTuesdays videos on YouTube to his loyal “Frankiestein” fans. In 2014, he joined the cast of Broadway’s Rock of Ages. Furthermore, Frankie invented the catchphrases “Go Grande or Go Home” and “Shine Bright Like a Frankie.”

In mid-2014, he appeared on the 16th season of Big Brother on CBS. Likewise, MTV described his 12 weeks on the show “controversial … peppered with some powerful, outrageous, and downright impressive moments”. He made an appearance on Good Day New York and presented “Hit Me With Your Best Shot”. In the following month, he co-hosted the red carpet pre-show of the American Music Awards.

In January 2015, he again performed his one-man cabaret show at 54 Below. Also, in February, he made an appearance in a music video for Lance Bass and modeled for Malan Breton at New York Fashion Week. In March, he became an Entertainment Tonight interviewer at the 2015 Kids’ Choice Awards. He also made an appearance in the documentary short film, “Malan Breton: A Journey to Taiwan.”

In June he appeared at DigiFest NYC, and also served as a judge for the #JoeyShine Video Contest. Likewise, he was a judge on the 2015 reality TV series America’s Best Dance Crew All-Stars: Road to the VMAs, on MTV in 2015. He even entertained a TV special on the Oxygen channel in August 2015 named Worst.Post.Ever: With Frankie Grande. In the following month, he made a guest appearance on Big Brother 17. In 2015, he co-hosted the red carpet pre-show of the American Music Awards. Throughout the year, he also frequently performed in his sister’s The Honeymoon Tour.

Likewise, he revived his autobiographical one-man show, Livin’ La Vida Grande, in Los Angeles in January 2016. In the following month, he along with his sister began a unisex fragrance named “Frankie by Ariana Grande”. Since March 2016, he has co-hosted Amazon.com’s first live show, Style Code Live (SCL), which screens celebrity trends as well as fashion and beauty news and tips. This show allowed viewers to shop for the items presented and to ask questions interactively and streams live each weeknight.

In 2007, Frankie Grande co-founded the non-profit arts organization “Broadway in South Africa”, traveling to South Africa to show performance arts to disadvantaged youth for seven years, ere the charity merged with buildOn. In 2013, he helped buildOn to establish a school in a rural village in Malawi, in southeastern Africa, and in 2014 buildOn admired him for his efforts with its Global Impact Award.

Similarly, he is an anti-smoking advocate. He even donated the money that he won on Big Brother 16 (from the “Team America” twist he was apart of) to buildOn, to build another school in Africa. In January 2015, he again returned to Malawi to help start construction of the school, named in memory of his grandfather. He allocated additional money for buildOn, to fund the school, eventually surpassing his goal of $70,000. In 2016, he participated in fire prevention public service announcement termed 2steps2minutes and the annual Broadway Bares show to benefit Broadway Cares/Equity Fights AIDS.

In 2014, he got announced as “Our Favorite YouTube Stars” by TV Guide.  He even got featured in a 2014 ABC Nightline segment about entertainers who use social media to promote their success. Also, in 2015, Billboard included him in its list of “32 of the top social media stars on the Internet today.”

His short documentary “Malan Breton: A Journey to Taiwan” even won the 2015 New York City International Film Festival award for “Best Short Documentary.” At present, he is not signed as a brand ambassador for any brands or products. Nevertheless, he will surely involve in the endorsement of major brands in the coming future.

Now, talking about his earnings and net worth, no doubt he earns a very good amount of money. He earns through his YouTube videos, Instagram posts, and brand endorsements. As per some online sites, his estimated net worth is $1.5 million. He has also been living a lavish and very happy life.

Frankie is openly gay. Furthermore, he is in a relationship with Hale Leon. They started dating in 2019. It seems like the couple has a strong connection between them. They show their love and affection towards each other also by posting photos together. However, they haven’t talked about their wedding. Though, Hale is eager to be Frankie’s husband.

Furthermore, coming out as gay is not an easy thing. He might have suffered many difficulties until now. Frankie might also have gone through various types of rumors and controversies. However, he has not shared anything related to his struggles and displayed a happy and cheerful side of him to the public. 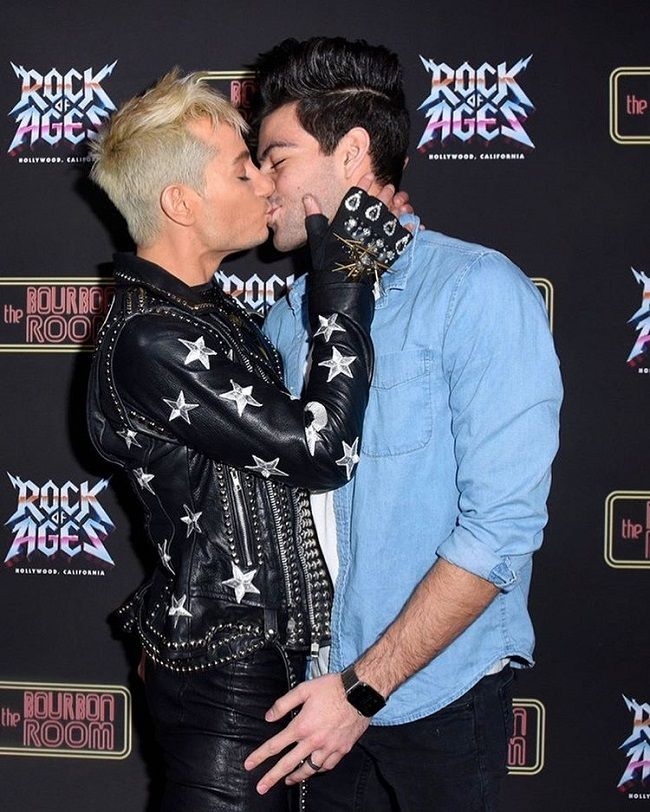 Frankie is tall and an amazing person. He has a decent height of 5 feet 8 inches and weighs around 68kgs. Moreover, his chest-waist-hip body measurements are 40-23-32 inches. Frankie has dark brown eyes. He often dyes his hair with various colors like blonde, silver, pink, black, etc. 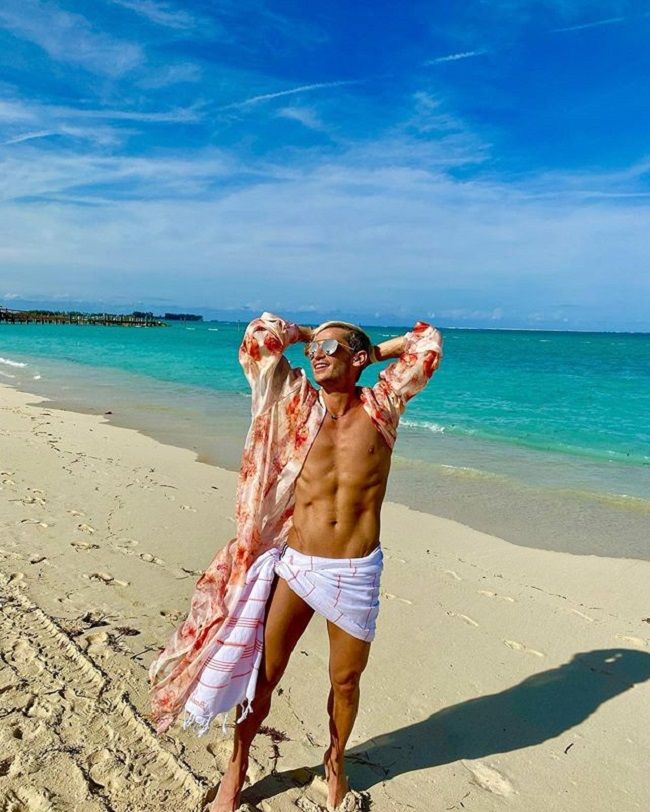 Also, Frankie has a YouTube channel where he is much active having over 462K subscribers. He often posts photos and videos on his social media profiles. Moreover, he has also shared his e-mail address for business enquires i.e. [email protected] where fans and business-related people can directly contact Frankie for any kind of business.