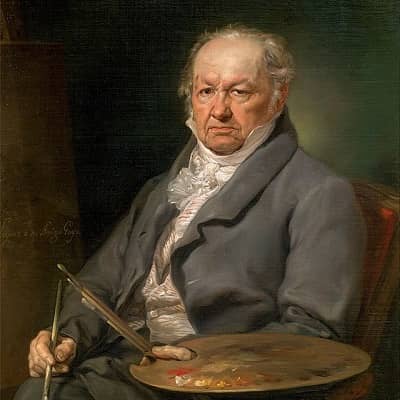 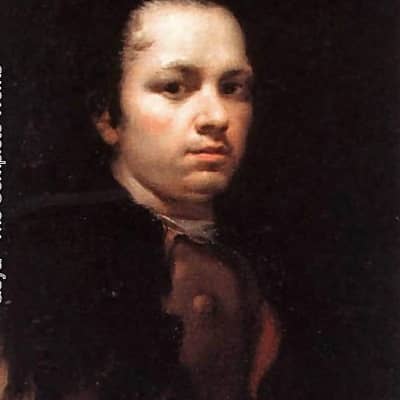 On March 30, 1746, Francisco Jose de y Goya Lucientes was born in  Fuendetodos, Spain. According to his nationality, Goya was Spanish. Moreover, Goya was born in a lower-middle-class family. Francisco Goya was the son of a guilder. Likewise, FranciscoGoya spent some of his youth in Saragossa.

At the age of 14, Goya began studying painting. Additionally, he was the student of Jose Luzan Martinez. Later, he moved to Madrid and worked with his brothers in their studio. In around 1770, he sought his art education by traveling to Italy. Later, he studied classic work in Rome. He submitted his painting to the Academy of Fine Arts at Parma. But, Francisco Goya failed to win the top prize.

Undoubtedly, Francisco Jose de y Goya Lucientes will always be remembered as an iconic artist. In 1771, Goya returned to Zaragoza and obtained a commission for Frescoes in the cathedral. Therefore, Goya has also been invited to paint ceilings in the royal palace. In 1775, Goya’s career began at court. Goya painted series of more than 60 cartoons. Whereas, later cartoons reflect his growing independence from foreign traditions. And, the development of an individual style. Later, he was said to have acknowledged 3 masters. Like Velazquez, Rembrandt, and above all, nature. Also, Velazquez directed him to study nature. And, also taught Goya the language of realism.

Caption: The painting made by Francisco Goya. Source(Wikipedia)

Thus, Goya has known portraits of court officials and members of the aristocracy. Thus, he represented in conventional 18th-century poses. Probably, Francisco became the most successful and fashionable artist in Spain. But resigned after 2 years due to a health issue. Unfortunately, after an illness in 1792, that left him permanently deaf. He painted a set of cabinets pictured said to represent national diversions. In 1798, he decorated the church of San Antonio de la Florida.

The period after the restoration

However, Francisco Goya was at the height of his official career, in 1808. Later, Francisco Goya retained his position as court painter. He portrayed Spanish and French generals. And, he portraits The Duke of Wellington, in 1812. Similarly, Goya was later pardoned for having served the French king.

Likewise, in 1824, Goya applied for permission to go to France due to health issues. Later, he settled in voluntary exile in Bordeaux, after visiting Paris. Goya remained, apart from a brief to Madrid, until his death. Therefore, his last painting includes genre subjects and several portraits of friends in exile. Likewise, his works are admired in the 20th and 21st centuries.

Francisco Goya is the father of modern art and has been inspiring the generations. Undoubtedly, Goya has earned a good amount of money. Probably, Goya has lived a happy and comfortable life.

Francisco Goya was married to Josefa Bayeu. Thus, she was the sister of his art teachers Francisco and Roman Bayeu y Subias. Later, they were blessed with a son named Xavier. Therefore, the other information about Goya’s personal life. And, Goya passed away on April 16, 1828.

Francisco Goya is the father of modern art. Therefore, Gayo has influenced generations of artists after him. Goya is still remembered by the people for his creativity in his art. Therefore, Goya has not been part of any rumors and controversies.

Francisco Goya has black eye color and greyish white hair color. Further, the information of Goya’s body structure is not known yet. And, Goya is not active in any social media account. Obviously, during the time there was no facility for electronic devices.