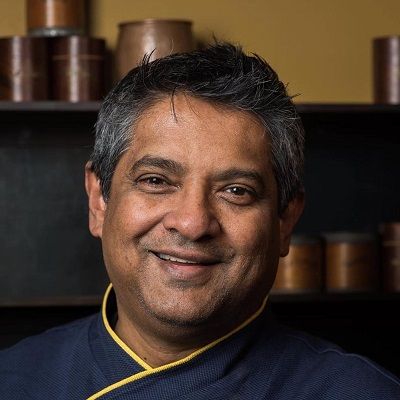 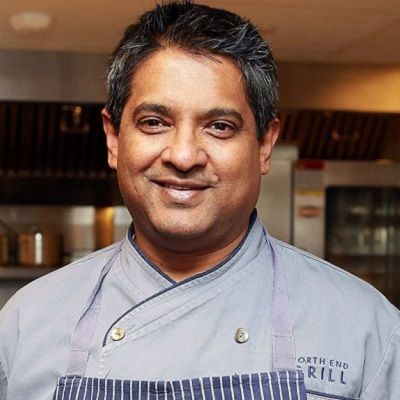 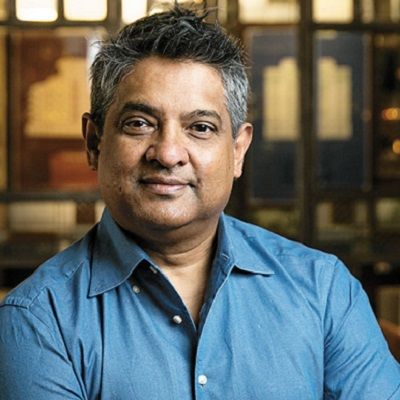 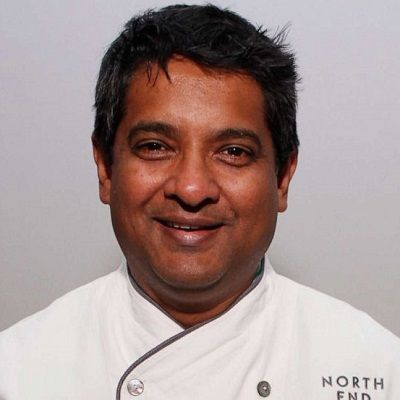 The renowned chef ‘Floyd Cardoz’ died due to Coronavirus!!

Chef Floyd Cardoz’, competed on “Top Chef” and won “Top Chef Masters”. Also, operated successful restaurants in both India and New York, died Wednesday of complications from the coronavirus, his company said in a statement. He was 59 years old.

He traveled from Mumbai to New York through Frankfurt, Germany, on March 8. Cardoz was admitted a week ago to Mountainside Medical Center in Montclair, New Jersey, with a fever and subsequently tested positive for Covid-19, the statement said.

Moreover, Cardoz was a partner in the Bombay Sweet Shop ‘O Pedro’ and The Bombay Canteen in India at the time of his death. He was partnered with famed restaurateur Danny Meyer’s Union Square Hospitality Group to open Tabla in 1997. The Manhattan spot was praised by critics. It closed in 2010. His death was mourned by famous friends in both the restaurant and television industries.

“Love you so much @floydcardoz”, Meyer tweeted, calling him a “beautiful human being”. Moreover, the two worked together for 17 years. Further, at Tabla, they celebrated Cardoz’s new Indian cuisine that melded the sensual flavors and spices of his homeland with Western techniques.

And the host of the Bravo cooking competition series, “Top Chef”, Padma Lakshmi, praised the success of Tabla and offered condolences to Cardoz’s loved ones, including his wife and business partner, Barkha.

“He had an impish smile, an innate need to make those around him happy, and a delicious touch,” Lakshmi tweeted.

The Twitter account for “Top Chef” offered condolences and called Cardoz an “inspiration to chefs around the world”. In a post on his personal Instagram page, Cardoz shared a picture of himself in a hospital gown, stating:

“Sincere apologies everyone. I am sorry for causing undue panic around my earlier post. I was feeling feverish and hence as a precautionary measure, admitted myself into hospital in New York. And, I was hugely anxious about my state of health and my post was highly irresponsible causing panic in several quarters. I returned to New York on March 8th via Frankfurt.” 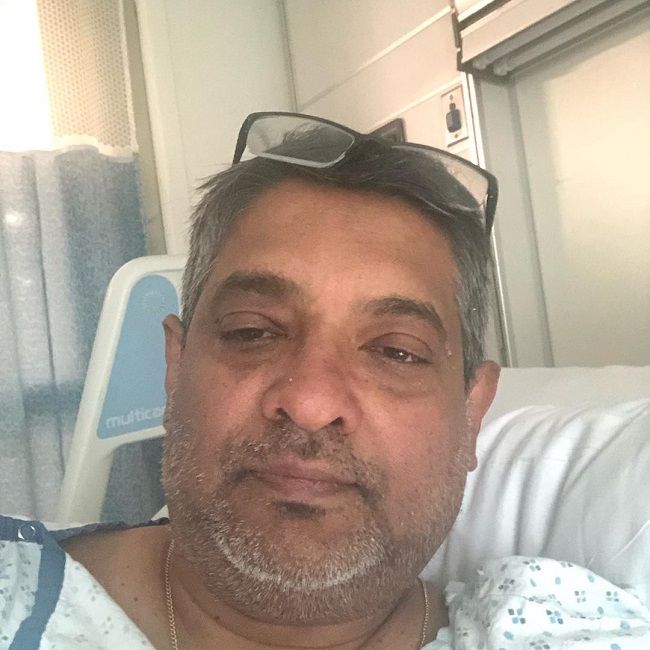 Floyd Cardoz was born on October 2, 1960, in Mumbai, Maharashtra, India. He belongs of Indian-American nationality. He died on March 25, 2020, due to an infection caused by the coronavirus in Montclair, New Jersey, USA. Cardoz was 59 years old. His mother’s name is Beryl Cardoz. More details regarding his parents and siblings were yet to be disclosed. Moreover, he was Christianity religious and his birth sign was Libra.

Cardoz attended culinary school in Mumbai, India, and then The Global Hospitality Management School at Les Roches in Switzerland to broaden his knowledge of international cuisines.

With the successful career he had, no doubt Cardoz had earned a good net worth of over a million dollars. However, he had not revealed his net worth publically. He was a simple person and didn’t like to attract public attention by publically displaying his wealth. However, his earnings and net worth stay unknown.

Cardoz moved to New York City in 1988 and, four years later, started working under Chef Gray Kunz at Lespinasse, where he worked his way from chef de partie to executive sous chef. Then, In 1997, he left to work with Union Square Hospitality Group, for which he opened groundbreaking, fine-dining Indian restaurant Tabla, and later El Verano Taquería and North End Grill. Similarly, In 2014, he left the Grill to open White Street, where he was the consulting executive chef in its first year.

Moreover, In 2015, Cardoz returned home to open his first restaurant in Mumbai, The Bombay Canteen, which rose to local and international acclaim. In the summer of 2016, Cardoz returned to New York and opened Paowalla in New York’s Soho neighborhood, focusing on small plates to redefine approachable Indian cuisine. Similarly, in 2018, he closed Paowalla, redesigned it with a more casual, festive atmosphere, and reopened it as Bombay Bread Bar. 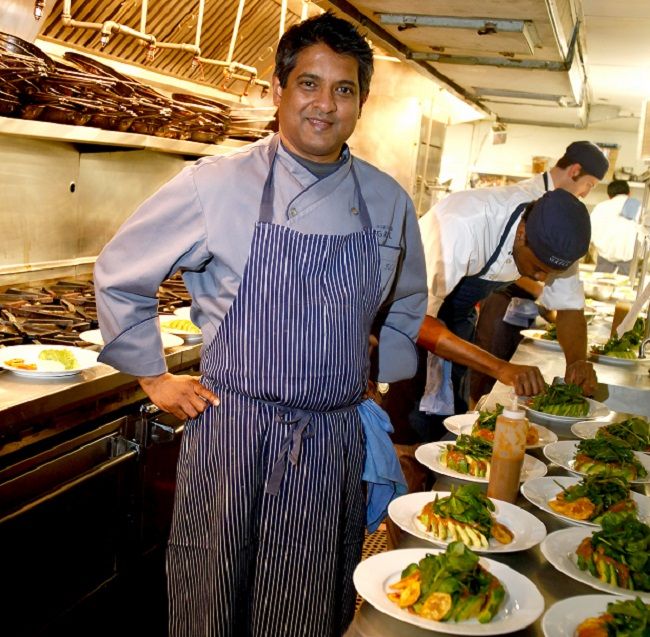 Caption: Floyd Cardoz posing for a photo after making his dish ready. Source: Us Weekly

Furthermore, he was a four-time James Beard Award nominee and the author of two cookbooks. In the summer of 2012, Cardoz won season 3 of Bravo’s “Top Chef Masters.” He donated his winnings to the ‘Young Scientist Cancer Research Fund’ at The ‘Icahn School of Medicine at Mount Sinai’.

Furthermore, he has received the James Beard Award for “Humanitarian of the Year” in honor of his continued commitment to community engagement. In 2011, Cardoz was named among the “Top 50 Most Influential Global Indians” by GQ Magazine.

Reflecting on his personal life, Cardoz was married to Barkha. They met when they were both students at a hospitality school in Mumbai. The couple was not just life partners but also business partners. They have two sons, Justin and Peter. 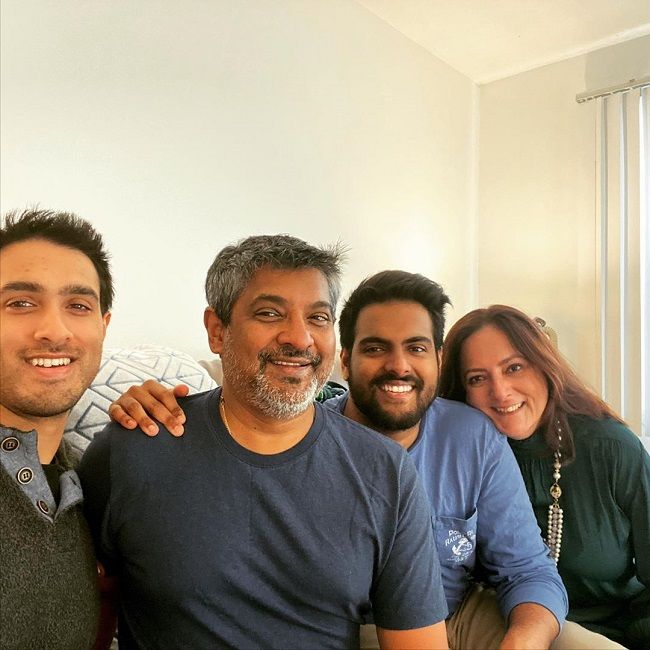 Caption: Floyd Cardoz, along with his wife and kids, clicking a selfie. Source: Instagram

Was he socially active?

Observing his early life, Cardoz was 5 feet 7 inches tall and weighs around 78 kg. Similarly, he had a pair of dark brown eyes and also had a dark brown hair color which had changed into grey. Further, his chest-waist-biceps size was 40-34-15 inches respectively. He used to walk in 10 (US) shoe sizes.