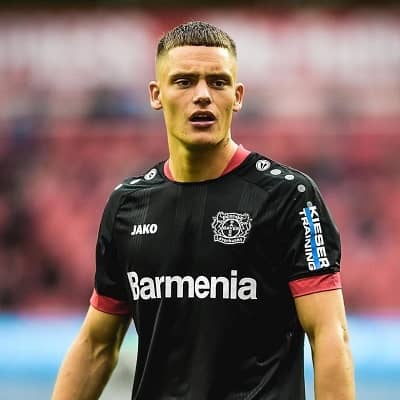 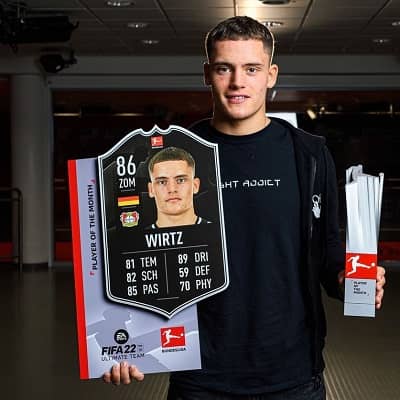 Florian Wirtz is a professional footballer from Germany. Moreover, Florian Wirtz plays as an attacking midfielder for Bundesliga club Bayer Leverkusen and the Germany national team.

Florian Richard Wirtz best known as Florian Wirtz was born on May 3rd of 2003, in Pulheim, Germany. According to his birth date, this football star is 19 years old and holds German nationality. This football star has a birth sign of Taurus and believes in Christianity by religion.

In addition, he is the son of Hans-Joachim Wirtz (father), and Karin Wirtz (mother).His father is also the chairman of Grun-Weiß Brauweiler, the club for which he played as a youth before joining Koln. He grew up with his elder sister, Juliane. Professionally, his sister, Juliane is a footballer as well; she made her Women’s Bundesliga debut at the age of sixteen and represented Germany at the youth level. 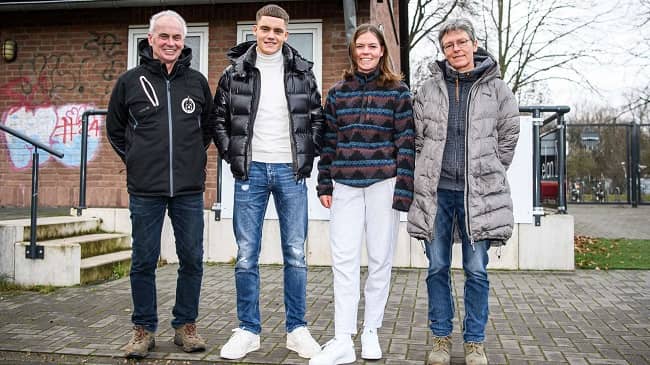 Caption: Florian Wirtz with his parents and sister (Source: bayer04.de)

Talking about his academic life, the football star has not shared information regarding his academic qualification in public.

Florian Wirtz began playing football for the Brauweiler youth team. He joined the 1. FC Koln youth team in 2010 and played there until 2020. He started his career at Bayer Leverkusen after being signed in January 2020. He made his senior professional debut for Leverkusen in the Bundesliga on May 18, 2020, in a 4-1 victory over Werder Bremen after making an impression on the U17 team.

At 17 years and 15 days old, he surpassed Kai Havertz to become Leverkusen’s youngest player in the league. He became the youngest goalscorer in Bundesliga history on June 6, 2020, when he scored his first goal for the team in a 4-2 home loss to Bayern Munich. 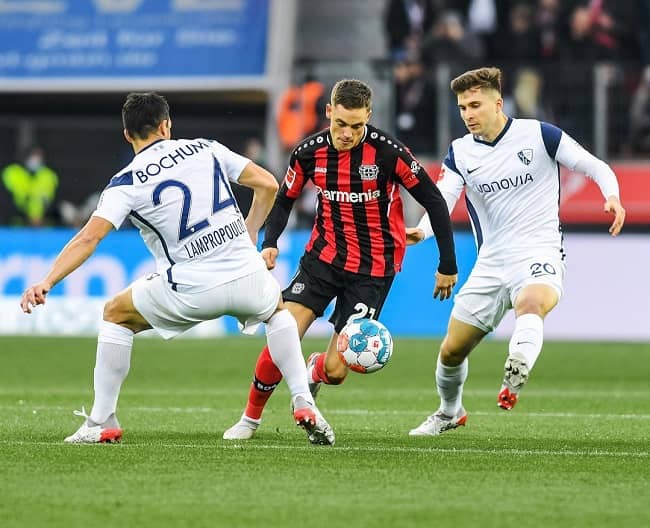 Youssoufa Moukoko would exceed him less than a year later when he scored his first goal for the club at the age of 16 years and 28 days. He made 9 appearances for the club in the 2019–20 season, scoring once across all competitions. His agreement with the club was extended until 2023 when he signed a contract extension on December 23, 2020. He scored the game-winning goal for Leverkusen in the 80th minute of their 2-1 victory over Borussia Dortmund on January 19, 2021.

Moreover, he became the youngest player in league history to achieve this milestone before turning eighteen years old on February 6, 2021, when he scored his fifth Bundesliga goal in a 5-2 victory over VfB Stuttgart. He again extended his deal with the team on May 3, 2021, this time through his 18th birthday in 2026. In addition, he played for the club in 38 games in 2020–21, contributing 8 goals and 8 assists across all competitions.

At various ages, Florian Wirtz has represented Germany. He has competed at the U15, U16, U17, U21, and senior levels for Germany. In addition, he competed for Germany’s U21 team in the championship game of the UEFA European U21 Championship in 2021. He gained his first call-up to the Germany senior team in March 2021 in preparation for the 2022 FIFA World Cup qualifiers. On September 2, 2021, he made his debut for Germany in a 2-0 win over Liechtenstein in a 2022 FIFA World Cup qualifier.

This football star has earned some honors in his footballing career. Moreover, he was a member of Germany U21 and won the 2021 UEFA European U21 Championship. As an individual, he won the 2020 Fritz Walter Medal U17 Gold.

His income comes from playing football professionally. Contracts, pay, bonuses, and endorsements all add to his income. His income would be €720,000 as of 2022, and his net worth is predicted to be between $1 and $5 million. About €70 million is his current market value.

The football star is currently single and unmarried. Moreover, the star has not shared information regarding his past and present relationship status. He is too secretive when it comes to his personal life. However, the football player is not a part of controversy or rumors.

Florian stands 5 feet 9 inches tall and weighs around 70 kg. Moreover, the football star has hazel eyes with brown hair color, and his other body measurement such as chest size, biceps size, and waist size is still got to get revealed yet. 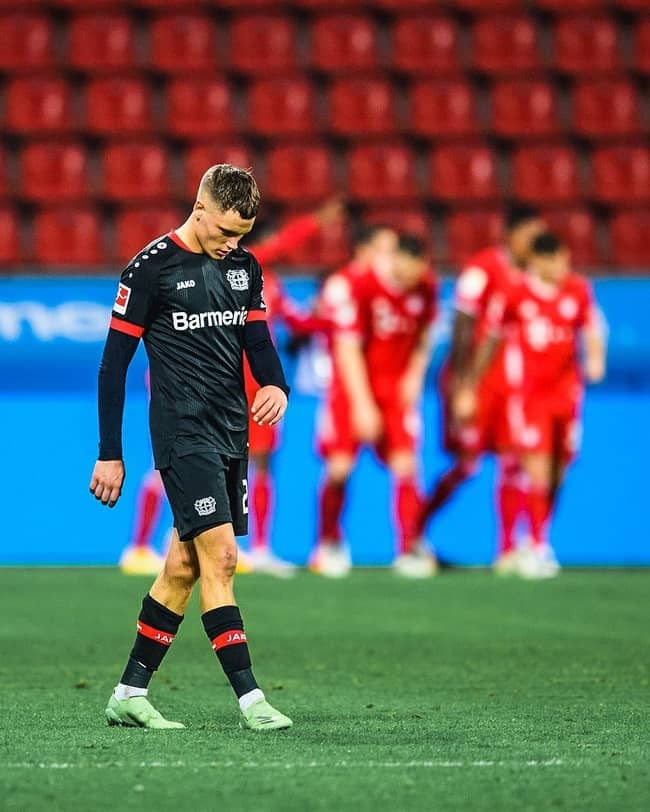