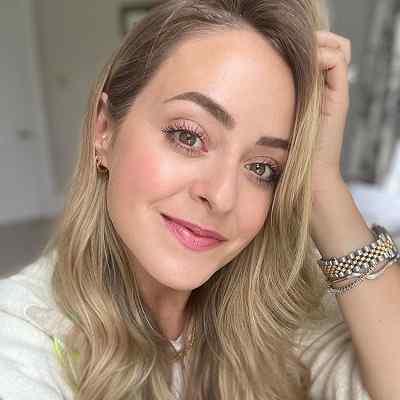 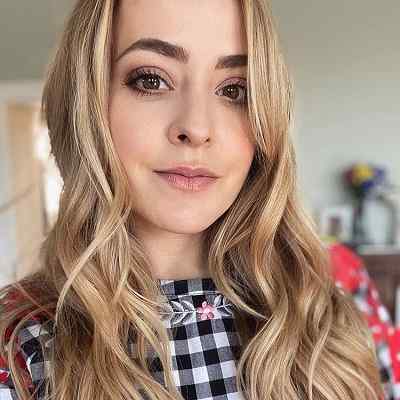 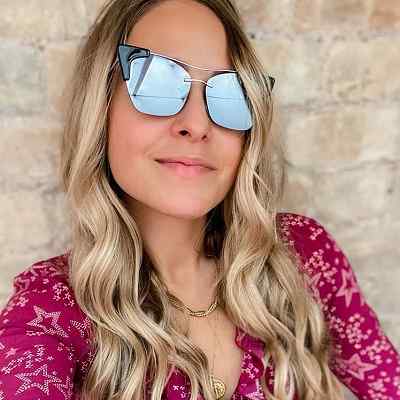 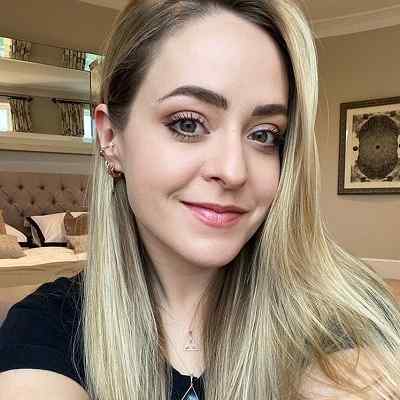 Fleur de Force was born in London, England, on July 19, 1988. As of the year 2020, she is 34 years old. Her real name is Fleur Westaway and she changed to Fleur Bell after her marriage. She currently lives in Northamptonshire, England. She has a brother named Alex and a sister named Hannah. Her family owns a car dealership business.

In her school days, she was bullied and body-shamed. This hurt her grades. She chose physics, geography, and biology as her A-level subjects. After completing their A-level, she had a gap year to work and earn.

She used her savings to go on a trip to Australia, where she got her first tattoo. She inked two stars on her feet. Shortly after her return, she enrolled at the ‘London School of Economics and Political Science,’ where she studied human geography. 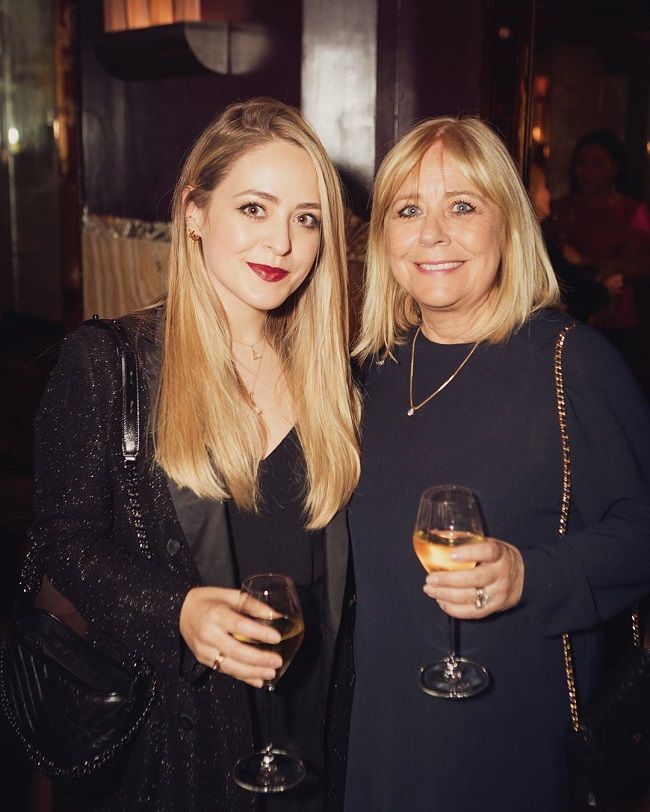 Her all-time favorite TV shows are ‘Nashville,’ ‘Vampire Diaries,’ ‘American Horror Story,’ and ’24’. Her favorite singer is Taylor Swift. She also enjoys listening to ‘Metallica’. ‘Ben Barnes’ is her favorite actor. Moreover, she loves the shade of bright bluish pink and enjoys sushi and olives.

Fleur began watching YouTube videos in the summer of 2009. She instantly liked the YouTube community. Singer Taylor Swift once spoke about YouTube makeup tutorials helping her decide on her looks for her music videos and how she liked them all. This influenced her a lot.

She was thrilled about the idea of sharing makeup skills through YouTube. She soon began her research on YouTube beauty and fashion communities. A few months later, she was ready with her ideas for her upcoming channel. To test her content, sheFleur did a product review for her mother, which she liked a lot. she created her channel on September 29, 2009, and named it ‘Fleur DeForce’.

She initially wished to name the channel ‘Fleur De Jour,’ but the name was already taken. She wanted to add a French flavor to the name, so she added “De” to the title. The channel is completely dedicated to fashion, beauty, and makeup. It hosts content such as product reviews, fashion hauls, makeup tutorials, hacks, and product promotions.

The channel also consists of Q&A sessions, through which she answers her viewers’ queries related to beauty and makeup. By the time she completed her graduation, the channel had already become popular. Soon, she attended her first ‘VidCon’. She met many established YouTubers there. This gave her immense exposure in the community. She has a website that is also a blogging space.

In 2011, she created her second YouTube channel ‘FleurDeVlog’. As the title suggests, the channel is primarily a vlogging space. The channel features her life vlogs, along with Q&A and tag videos. Her husband, too, has appeared in several videos on the channel.

The following year, she, along with her sister, who is a wedding planner, created the YouTube channel ‘Bride De Force’. The channel is a one-stop platform for all wedding-related queries and offers solutions for making one’s wedding day grand and memorable. It offers videos on everything related to wedding ceremonies, such as dress, makeup, decoration, food, and marital life. However, the channel was re-launched in 2017.

Apart from being a successful beauty blogger, she is also an entrepreneur and an author. She has also appeared on various talk shows and has been part of many fashion and beauty projects. In December 2013, she appeared as a special guest in the ‘Lifetime’ fashion reality series ‘Project Runway All-Stars’. 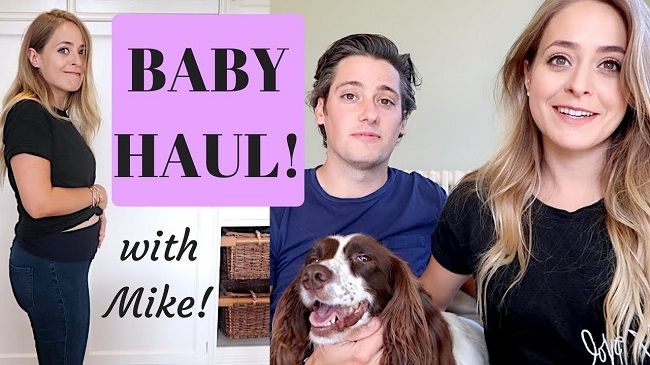 In September 2015, she launched her first makeup collection on ‘feelunique.com’, an online cosmetics store. The collection included six lip-glosses, two eye-shadow quads, and a watercolor-print cosmetics bag. Similarly, earlier in the same year, she had released her first book, ‘The Glam Guide.

The book was a collection of makeup tips, fashion advice, healthy lifestyle tips, first-date pointers, and other lifestyle-related topics. On 28 July 2016, she published her second book, ‘The Luxe Life: Everyday Luxuries for Lovers of Beauty, Fashion & Food.’ Like her first book, this book, too, was a lifestyle guide.

The book also contained over 30 quick-to-make recipes and several do-it-yourself (DIY) ideas. She and her husband appear on the YouTube channel ‘Homemade,’ which showcases her culinary skills.

In 2017, she appeared on the podcast ‘Hey It’s OK,’ along with Jo Elvin, the editor-in-chief of the fashion journal ‘Glamour,’ and entertainment assistant Sagal Mohammed.

In May 2017, she collaborated with ‘MAC’ cosmetics to launch a limited-edition nude lipstick. The lipsticks went out of stock within 12 hours of the launch. The same year, she became the first social-media personality to launch a range of eyelashes. The exclusive range of eyelashes was launched in collaboration with ‘Eylure.’ She then launched an eyebrow product range, after achieving immense success with the eyelash range.

She has collaborated with several other big brands, too, such as ‘Starbucks,’ ‘Coca Cola,’ ‘P&G,’ and ‘Sainsbury’s.’ She has also teamed up with the UK baby product ‘My 1st Years.’ Partnering with the brand, she created an exclusive pack of 30 different baby items. The items were handpicked by her from the brand’s spring collection.

She is a regular speaker at social-media events such as ‘BeautyCon’ and ‘VidCon.’ She has also been covered by ‘Cosmopolitan,’ ‘Miss Vogue,’ ‘Company,’ ‘Sunday Times Style,’ and ‘Channel 4 News.’ she has also appeared as a beauty expert on ‘ITV’s ‘This Morning’.

Fleur won the honor of ‘Marie Claire’s ‘Best Beauty Blog’ in 2012. She was the winner of ‘Cosmopolitan’s ‘Best Vlogger Award’ in 2013 and 2014. Moreover, in 2015, she won ‘InStyle’s ‘Project 13’ award for ‘Outstanding YouTuber of the Year’ and ‘Best Get Ready with Me Video’. Similarly, in the same year, she won the ‘Johnson & Johnson Beauty Journalism Award’ for the ‘Best Established Beauty Vlogger’.

She received the ‘ShopStyle Award’ for the ‘Best International Influencer’ in 2016. The same year, she won ‘InStyle’s ‘Project 13’ award for the ‘Ultimate Blogging Sensation’ and ‘Cosmopolitan’s ‘Best Use of Social Media award. Furthermore, she received the ‘Best Beauty YouTuber’ award at the 2018 ‘Johnson & Johnson Awards’.

Fleur is a married woman. She married her long-term boyfriend, Mike De Force. Mike is also a car dealer. She met him at a party after returning from Australia. Shortly after, they moved in together. During one of her work-related trips, Mike proposed marriage.

They got engaged on June 26, 2012, in Santa Barbara, California, and exchanged their wedding vows on August 24, 2013. Similarly, they welcomed their daughter, River Wren, on December 28, 2017. They had a Springer Spaniel named Woof and two kittens namely Beaver and Growler.

After Woof died, she got two Springer Spaniels named Squidge and Treacle. She also has a Dachshund named Piglet. 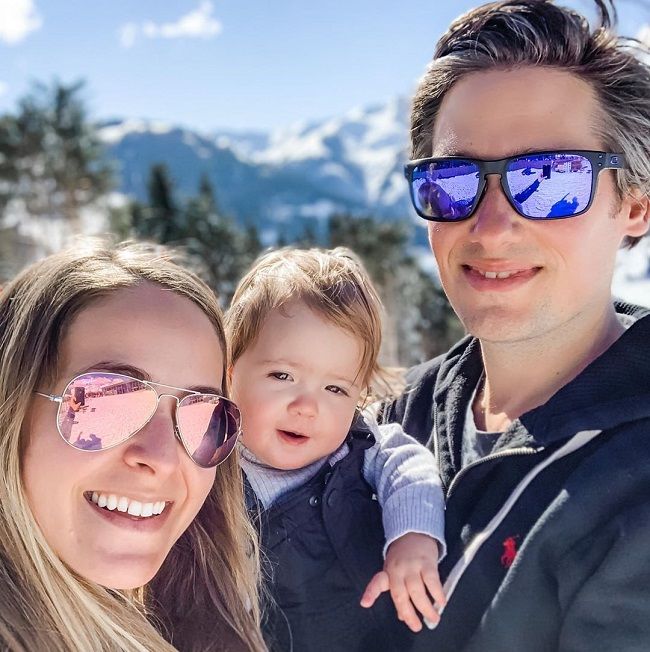 She is fairly short for her weight. However, she remains at a height of 5 feet. Fleur looks dazzling in her hazel eyes and her blonde hair. Her chest-waist-hip measurements are 32-22-33 inches respectively. Her weight remains unknown. However, she has an amazing personality.

Fleur has earned a considerable measure from an online networking career. Her works have been extremely motivating to many. She surely has earned a huge amount of money throughout her career. However, she has a net worth of around $1.5 million.