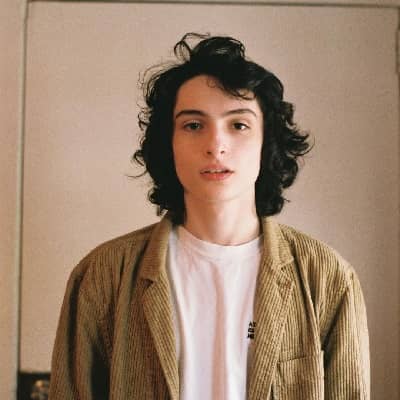 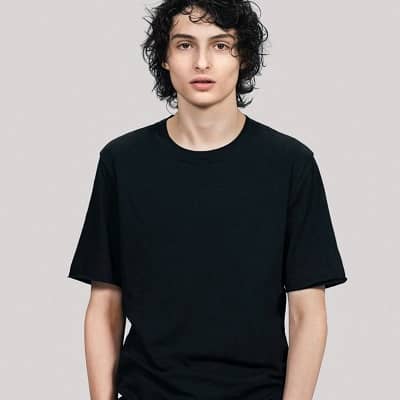 Finn Wolfhard is a Canadian actor, songwriter, director, and screenwriter. Finn Wolfhard has gained immense popularity for his role on the Netflix series ‘Stranger things’. The talented teenager is famous across the internet for his acting and songwriting.

Finn Wolfhard was born on 23rd December 2002. He was born in Vancouver, Canada. Likewise, he is 18 years old as of now. Moreover, he belongs to Canadian Nationality and was born under the star sign Capricorn. 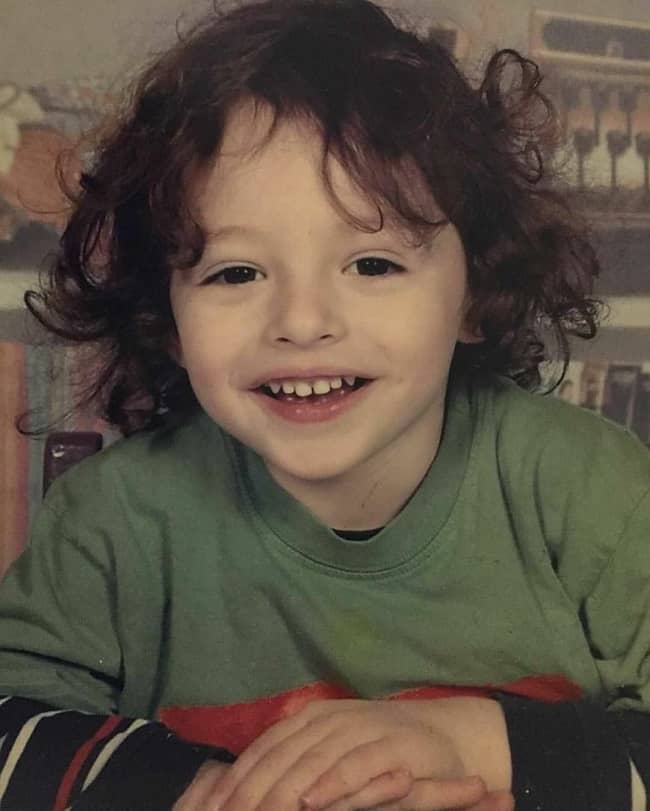 Talking about his parents, his father’s name is Eric Wolfhard and his mother’s name is Mary Jolivet. Similarly, he has a brother named Mark Wolfhard. Finn was interested in acting and singing from a very young age.

The educational details and academics of the young actor are still a mystery. However, it is clear that he attended a catholic school. Similarly, based on his age it is safe to say he has graduated from middle school and High school.

The young actor made his television and film debut in the movie ‘The 100’. He played the role of Zoran and later played the role of Jordie Pinsky in the movie ‘Supernatural’. Finn is especially famous for his role on the Netflix series, Stranger things. He portrays the character of Mike Wheeler. The first season of the series aired in 2016 and has released for three seasons to date. 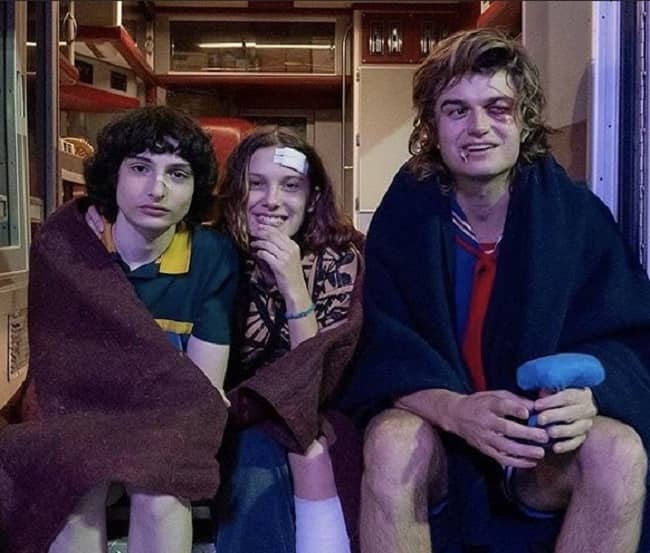 Caption: Finn along with his co-stars on the sets of stranger things(source: Instagram)

Furthermore, Finn has also appeared in Stephen King’s horror film ‘IT’. He portrays the character of Richie Tozier. There were allegations against his former agent Tyler Grasham that he has sexually abused aspiring young actors. Although Finn himself was not a victim, he still fired him and parted ways from his former agency APA. Likewise, he is also a musician. He played the bass guitar for the band Calpurnia from 2017-19. Later he became one half of the indie-pop duo The Aubreys.

Moreover, in 2019Finn reprised his role as Young Richie in the flashbacks for the horror movie sequel ‘It Chapter two’. Similarly, he also co-starred in the movie ‘Goldfinch’. It was an adaptation of Donna Tartt’s novel and was directed by John Crowley. He landed the role of a Russian student and troublemaker but was not the first pick of the Director. His near-perfect Russian accent helped him land the role.

Similarly, Finn is active in the show business, and in January of 20202, he played the role of Miles in Amblin’s Haunted house film, The Turning. It was based on Henry James’ novella ‘The Turn of the screws’. Moreover, he has also landed a starring role in the movie Ghostbusters: Afterlife.

In addition to acting, he has voiced the character, Pugsley, in the 2019 movie ‘The Addams family’. Likewise, he has also debuted in modeling after appearing at a Saint Laurents Fall/winter campaign back in the year 2021. He has also debuted as a Director and directed a short comedy film, Night shifts. The film was later uploaded on Youtube.

The young actor has bagged a handful of awards already. Despite his young age he has been awarded and nominated for several awards. The list of awards Finn has received is as follows. 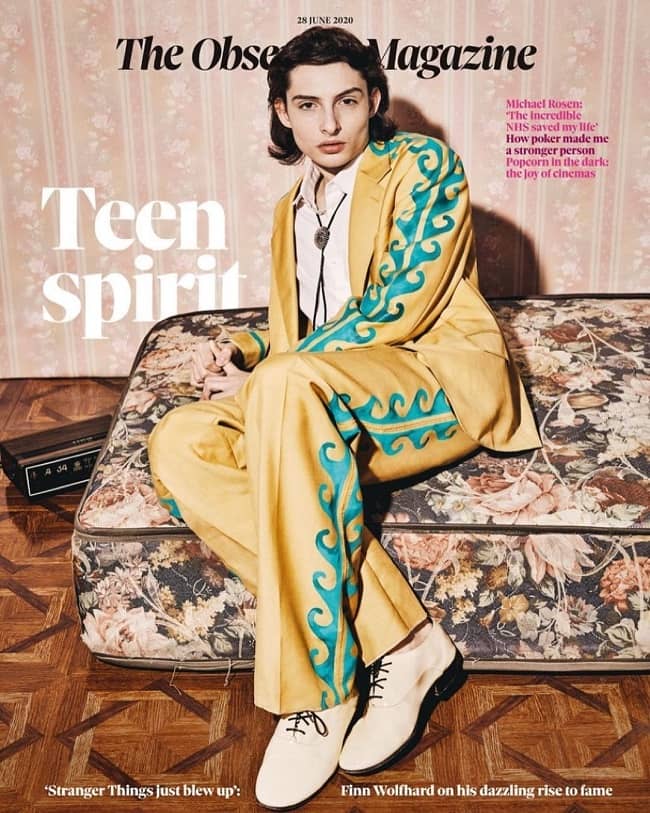 Caption: Finn on a cover of a modeling magazine(source: Instagram)

Similarly, he has a net worth of $3 million USD. His career as an actor has contributed most to his wealth.

The young actor is certainly becoming more handsome as the day passed. However, Finn is single at the moment and is not seeing anyone. He is instead focused on his career and acting.

The young actor is not involved in any sort of scandal. Similarly, he has maintained a clean internet profile and stays miles away from sort of trouble.

The aspiring young actor is handsome and has an amazing personality. Similarly, he stands tall at 5 feet 7 inches and weighs 55 kg. Likewise, he has curly brown hair with a pair of dark brown eyes.

Finn is only active on Instagram and has over 20.9 million followers on his verified Instagram account. He often posts pictures of himself and his work on his social media.