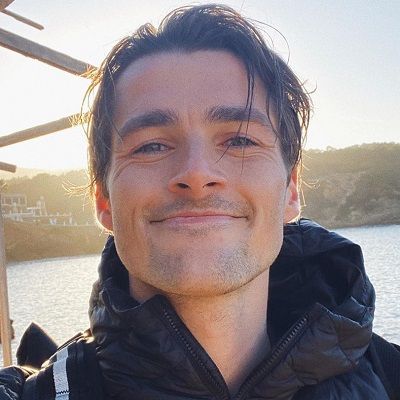 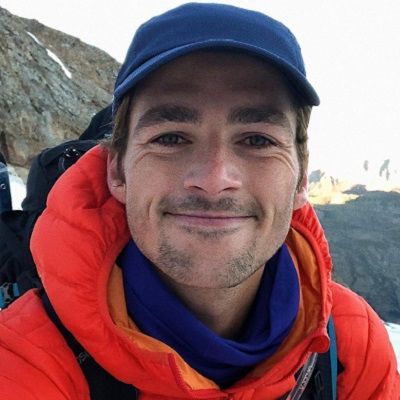 Finn Harries is a popular British vlogger who runs the popular YouTube channel Jacksgap with his twin brother Jack. Finn Harries is also an Entrepreneur and a graphic designer. Moreover, he is a designer and filmmaker, and co-founder of the Reluctant Environmentalist

Finn Harries is currently 30 years old as of his birthdate, May 13, 1993. He is from London, England. His full name is Finnegan “Finn” Harries. He is British by nationality and his zodiac sign is Taurus. He has an identical twin brother, Jack harries who is 2 minutes younger than him. Based on the way they talk to each other in their clips and the vibes they give out, both these identical twins share a fantastic rapport and are probably the best of buddies.

He also has a sister named, Emmy Lou. His mother, Rebecca Frayn, is a director who is best known for directing numerous BBC, ITV, and Channel 4 documentaries. Similarly, his father, Andy Harries, is a producer who produced the U.K. TV series “Wallander” starring ‘Kenneth Branagh’. Moreover, he studied architecture design as a regular day scholar. He graduated from ‘Parsons School of Design’ on May 28, 2018. 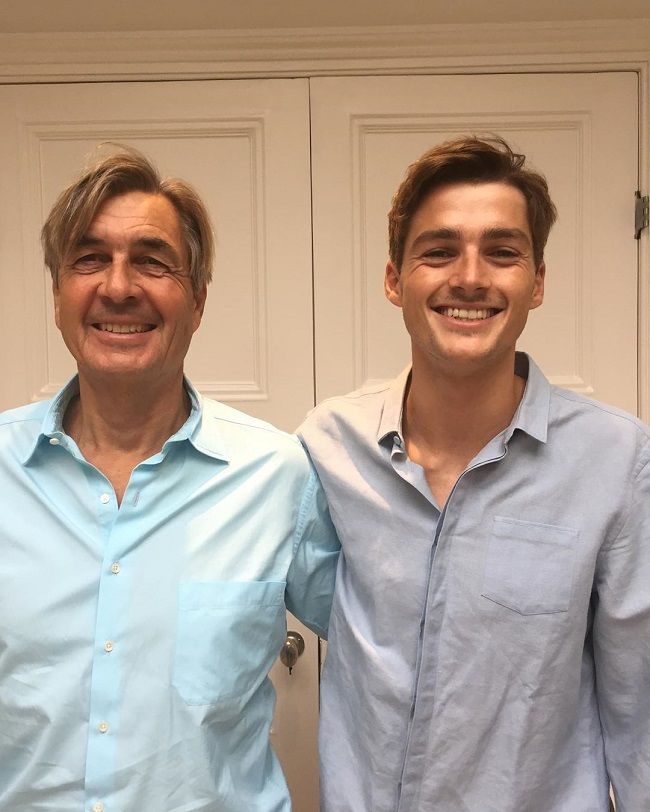 He loves to travel and has been to places like Istanbul, Tokyo, and Orleans among the many others that he has visited. He also loves animals and has done a couple of videos on them. His fondness for animals shows that he is a very compassionate person and a very warm person. Despite being a superstar in the world of YouTube, he has absolutely no airs about himself and hence is a very relatable personality.

Harries comes from an extremely humble and down-to-earth family where both his parents are into films and productions. Even while he was a student he was very concerned about the environment and believed that it was the responsibility of his generation to take efforts to protect the environment. It was this cause apart from others and his huge love for traveling that he smartly combined into one forum.

Finn wasn’t always a part of Jacksgap. His first appearance in one of Jack’s videos was in November 2011 during a video titled ‘Twins’. Soon after posting the twin’s video, their number of views started to rise.

He and his twin brother together built a successful YouTube channel where they filmed their travel journeys while telling a story to the world for a substantial cause. ‘JacksGap’, the YouTube channel was started on June 12, 2011, and slowly and steadily he worked his way through success. The channel now has over 3 million subscribers on YouTube, emphasizing the fact, that the role it plays in the life of the youth today is immense.

After reaching one million subscribers on their YouTube channel, Jack made a video claiming that he was fake and that he was all just special effects. After a month, he made a video on the channel titled ‘Finn’s Revenge’. However, in the video, he starts tied up, and then he “escapes” and then goes looking for Jack. Later in the video, they explain how the last video was just a film, and that he does exist. The channel reached a large milestone of two million subscribers on June 12th, 2013.

Further, in April 2015, ‘JacksGap’ posted a video called “What Do You Believe In?” that declared he had moved to New York City earlier that year to study Design and Architecture for three and a half years at the Parsons School of Design, though he is still a part of JacksGap. As of 2018, the JacksGap name has been replaced across all social media platforms in favor of “Jack Harries”.

Similarly, the official Twitter account has also been deleted and the handle relinquished, now owned by a member of the public with no affiliation to ‘JacksGap’. After two and a half years in May 2018, the channel uploaded a new video called “Jack Harries – The Stories We Tell”, which talked about depression and the issue between his mental health and social media.

Apart from being a YouTuber, he is extremely concerned about the environment and believes that his generation is the last which can help save this environment. He states, “I’ve grown to understand that the society and culture I was born into is damaging the planet we live on at a greater scale than ever before.” Therefore, it is this care and concern he has for the world that makes him so loved among his fans.

There was a time when there were no videos posted on the channel and fans went berserk saying, “Please come back, your videos truly gave me so much comfort and inspiration” and “I always come back to this channel to see if they’ve posted something … guess not :(” among the many other comments. These posts from people show how much he means to the people out there.

He created his self-titled YouTube channel on Aug 18, 2011. The channel started as a project for Harries to reply to fans. He got 800 subscribers in 1 week. Probably the main reason for their rapid ascent to becoming “YouTube famous” is their obvious good looks, reinforced by their demographics. The channel adopted the slogan/theme tune of “Finn Finn, the better twin,” and each video is started with the line, “Hi guys, how’re you doing?”

The Harries twins are also noticeably part of a group of YouTubers commonly referred to as “The YouTube Crew”, consisting of a fairly large group of individuals including Caspar, Marcus Butler, Alfie Deyes, and FoodforLouis, among others. He also has another YouTube channel ‘Finn Harries’ which was created on Jun 2, 2013. 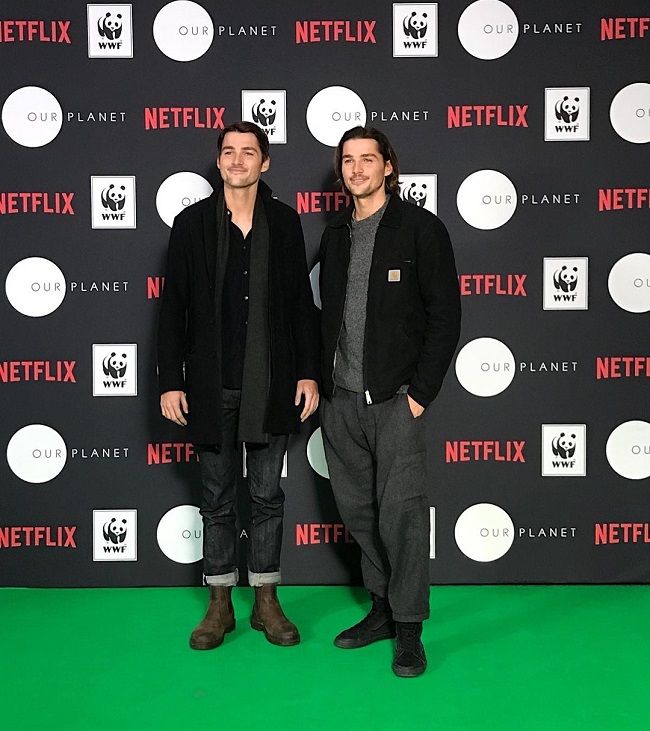 Caption: Finn Harries and his twin brother, Jack Harries click a picture while attending WWF for the annual State of the Planet Address. Source: Instagram

Finn has not shared any information about his dating history. He is not dating anyone currently. He has never mentioned any girl who he has linked up with. However, as of now, he might be focused on his career rather than involving in one. However, he was once rumored to be in a relationship with Periwinkle Blue.

He has built an athletic body physique. Finn has a healthy body figure balanced through a healthy diet as well as daily workouts. However, he stands tall at a height of 5 feet 11 inches and weighs around 76 Kg, similar to his twin brother, Jack. His chest-waist-biceps measurements are 40-33-14 inches respectively. Moreover, he wears a shoe size of 11. He has brown hair and hazel eyes. 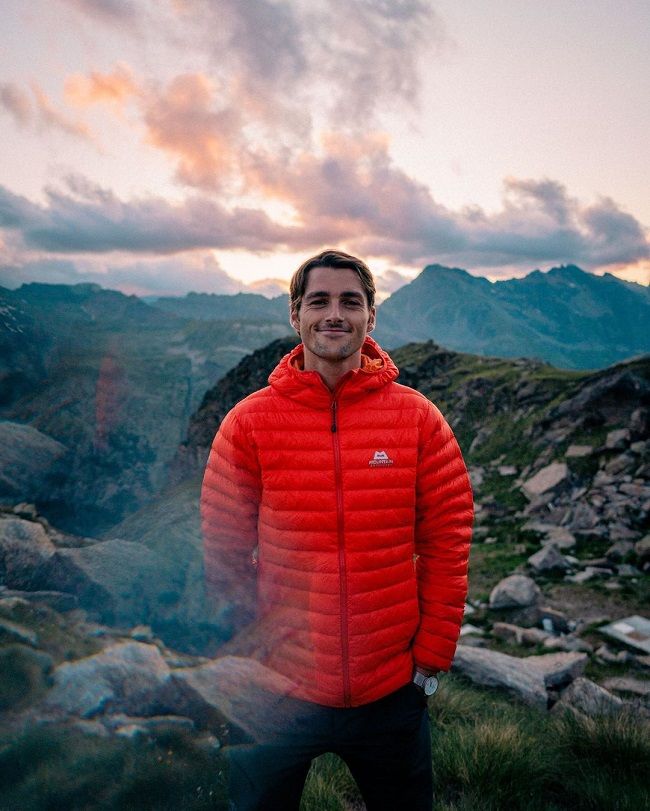 Finn is popular on social media sites. His Instagram account has earned more than 1.3 million followers. He is also active on Twitter with more than 1.96 million followers. His first YouTube channel ‘Finn Harries’ has 8.73K subscribers. And other YouTube channel under his name has gained over 7.55K subscribers. Moreover, he also has a personal website.

When talking about his earnings and net worth, there is no doubt he would earn a heavy amount of money through his profession. However, his estimated net worth is around $1 million – $5 million.