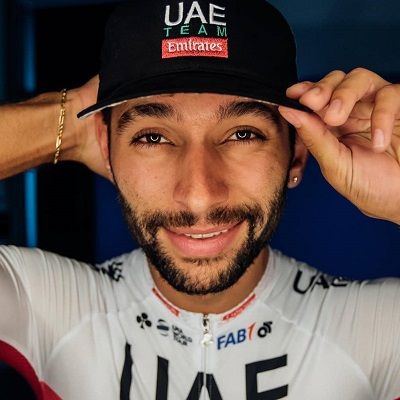 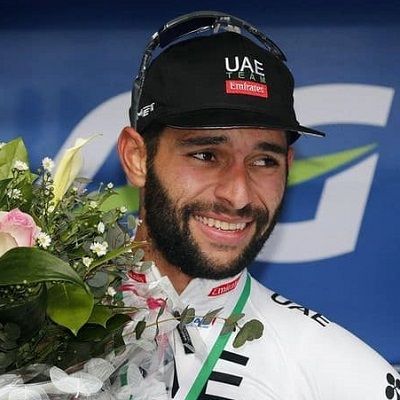 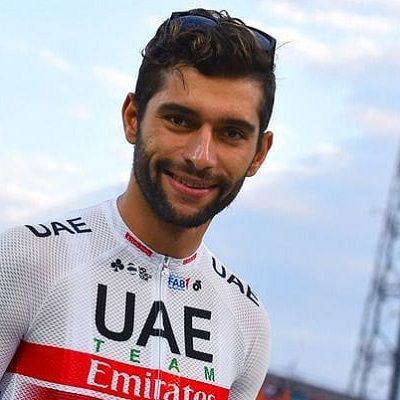 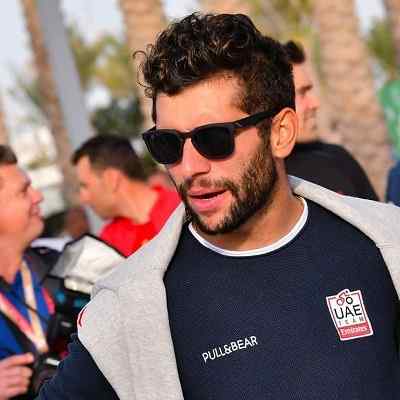 Fernando Gaviria is an international cycle racer hailing from Colombia. Fernando Gaviria currently rides for the UAE Team Emirates and prior to this, he was a part of team Etixx–Quick-Step from 2015 to 2018. Recently, he tested positive for the global pandemic of COVID-19. But he is free to leave the country after testing negative in recent tests.

Fernando Gaviria, the Colombian track cyclist, updated the public about his health condition after testing positive for coronavirus that is causing the global pandemic of COVID-19 earlier this month, i.e. March. On 26th March, the rider posted a photo on his Instagram saying:

The last tests they have done have been negative and the doctors have discharged me from the hospital. Now I focus on being able to go home and meet with mine. I hope and wish that this extraordinary situation will pass soon so that I can return to normality.

After the UAE Tour abruptly ended on 27th February due to suspected cases of coronavirus, Fernando was taken to a hospital for further tests while his team practiced voluntary quarantine. By then, The UAE Ministry of Health and Prevention had already confirmed six cases at the recent UAE Tour, citing one Colombian.

This is when Fernando was presumed coronavirus positive. Only two Colombian riders were at the UAE Tour and besides Fernando, another was Hernando Bohórquez of team Astana. The authorities let Hernando leave the country after the first round of tests. 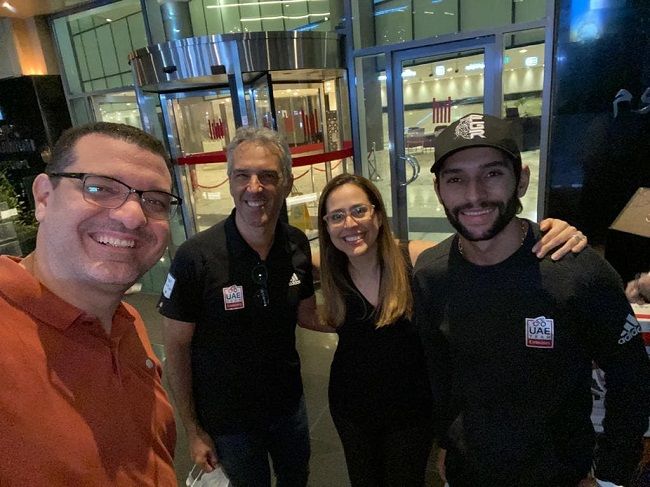 Caption: Fernando Gaviria shared this photo with the staff of the UAE Team Emirates sharing the news that he tested negative in recent tests after staying in the hospital for almost a month in Abu Dhabi. Source: Instagram

Later, on 13th March 2020, Fernando confirmed the presumed diagnosis with a video message from the UAE hospital. As per his video, he seemed to suffer only mild symptoms and was allowed to leave the hospital on Thursday night after a series of three negative tests for Covid-19.

Moreover, on 25th March, Wednesday, Fernando’s lead-out man and close friend, Max Richeze announced that he had been released from the hospital in UAE after testing negative for the coronavirus Covid-19. He has since joined his family in Monaco.

After two days of the initial closure of the event, the authorities let 18 of the 22 competing teams leave the United Arab Emirates, but teams Gazprom-Rusvelo, Cofidis and Groupama-FDJ stayed in quarantine after staying on the same hotel floor. Meanwhile, the UAE Team Emirates announced its riders and staff would remain in voluntary quarantine in the country. The UAE authorities permitted teams Cofidis and Groupama-FDJ to leave the country on March 8.

Fernando also expressed his gratitude for the treatment he received in the UAE during the difficult times. He wrote:

“I want to thank all the health team that has taken care of me in the United Arab Emirates, for their excellent work and dedication, and all those who have supported me during this period of convalescence and recovery.”

Rumors regarding his condition

There were many rumors circulating regarding Fernando’s health condition and hence the rider took it upon himself to update the public. The rumors started when there were reports citing that Fernando Gaviria’s family was unable to contact him in the UAE. Addressing the issue, Fernando stated:

“Hello everyone, there are many rumors circulating in regard to my state of health, but I’m fine. I’ve been here, undergoing regular tests, which have returned positive for the coronavirus, but I’m feeling fine. Thank you to my team and to everyone at the hospital who looked after me to perfection. I’m here to avoid infecting other people, and to avoid this continuing to spread in the way it currently is. This is to assure everyone that everything is going well, and let’s hope it’s all resolved soon.

Before the rider updated himself, official UAE Team Emirate didn’t update the health condition of individual riders from its team, which might have given rise to more rumors. Furthermore, although there are conflicting reports over the number of positive cases among the riders and staff, Fernando is the second confirmed case after rider Dmitry Strakhov from team Gazprom-RusVelo.

Fernando Gaviria’s real name is Fernando Gaviria Rendon and he was born on 19 August 1994. He is currently 25 years old and his hometown is La Ceja (Antioquia), Colombia. His parents are father José Hernando Gaviria and mother María del Carmen Rendón. He also has an elder sister named Juliana Gaviria, who is also a Colombian track cyclist. She also competed at the 2012 Summer Olympics in the Women’s team sprint, Women’s Keirin, and Women’s sprint.

Fernando began cycling at a young age of 15. He then received international fame after he defeated the world champion Mark Cavendish at the 2015 Tour de San Luis. There is no information about Fernando’s educational background and other childhood details. Further, Fernando is a Colombian by nationality but his ethnic background is not available. Also, his zodiac is Leo. 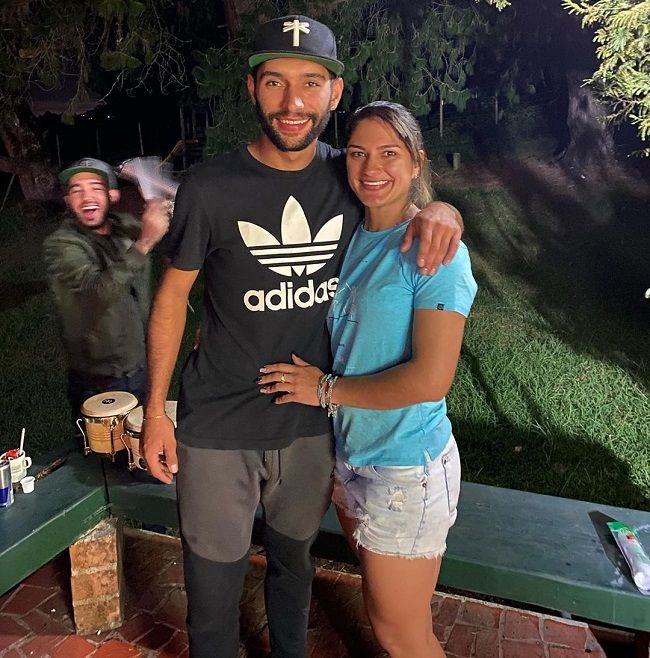 Earlier days of his Cycling career

Fernando began cycling at the age of 15 and he signed a professional contract with the Etixx–Quick-Step cycling team for the 2016 season. Then, in the 2015 and 2016 World Championships, he took back-to-back golds in the Omnium. Also, he came fourth in the men’s Omnium at the 2016 Olympics in Rio.

Before his professional road career, Fernando won the omnium and madison events at the 2012 UCI Juniors Track World Championships. Then in 2014, he won the under-23 Pan-American road race and also competed in the 2014 Tour de l’Avenir. At this event, he didn’t win a stage but won the bunch sprint behind the breakaway on the first stage. He then ended the race second in the points competition. Again, in the same year, won the omnium in the London round of the 2014–15 UCI Track Cycling World Cup.

Fernando Gaviria came to international fame after his first major road cycling winning streak that started in January 2015. It was at the Tour de San Luis, which is one of the major early-season cycling races. To his surprise, Fernando had a victory in the first stage of the race. This opened his sprint early and he was able to beat the 2011 world champion, Mark Cavendish of the Etixx–Quick-Step team.

Before this race, the world champion had not heard of Fernando. Fernando again won the third stage of the race, again beating Mark. In the final stage of this event, Mark won first place with Fernando finishing a close second.

After the historic victory

After his victory, many international UCI World Tour teams wanted to sign with Fernando Gaviria but he committed his season 2015 ride with the Colombian national team. Similarly, in February of 2015, he underwent tests with Etixx–Quick-Step after the 2015 UCI Track World Championships, as Lefevere stated. It was a further move towards a contract for 2016. After the test, Fernando signed a contract for 2016 with the team alongside fellow Colombian rider, Rodrigo Contreras. Despite this contract, Fernando was still allowed to compete in the 2016 Olympic games.

The same year, Fernando joined team Etixx–Quick-Step debuting as a stagiaire in August of 2015. It was at the RideLondon–Surrey Classic. In the event, he finished 8th which is the team’s highest-placed rider.

Fernando’s next race for the team was in the Czech Cycling Tour, where Etixx–Quick-Step won the first stage in a team time trial. The next day, he won his first individual stage victory for the team by winning a reduced bunch sprint. After this race, Fernando managed to take one stage win ahead of several world-class sprinters including André Greipel and Elia Viviani. This was at the Tour of Britain.

In the year 2016, Fernando won the Team Time Trial with Etixx–Quick-Step. He also took another stage at the Tour de San Luis. In February 2016, he won a stage and the points classification at the new race Tour La Provence. Then in early March, he became the first rider to win two gold medals in the Omnium at the Track Cycling World Championships. He did so by defending his title from the previous year. Additionally, Fernando won stage 3 of Tirreno–Adriatico. It was his first victory at the World Tour level.

In the year 2017, Fernando was named in the start list for the Giro d’Italia and won Stage 3 from Tortolì to Cagliari. It was in a sprint finish, taking the lead in the general classification in the process. Fernando achieved further success by winning Stages 5, 12 and 13 in bunch sprints. This made him the first Colombian to win four stages in a single Giro d’Italia.

Later, in July 2018, Fernando was named in the start list for the Tour de France. He won stage 1 of the Tour de France, starting Day 2 in Yellow Jersey. Alongside major sprinters such as André Greipel and Dylan Groenewegen, Fernando was unable to finish stage 11 which was the third major hilly alps stage within the time limit. Due to this, they were all eliminated.

Fernando Gaviria suffered a broken collarbone at the Tour of Turkey. Due to this, he was forced to abandon the event, ending his 2018 campaign. After a short period of time, Fernando announced that he would join the UAE Team Emirates team on a three-year contract from the 2019 season. In August of 2019, he was named in the start list for 2019 Vuelta a España.

At present, he is not signed as a brand ambassador for any brands or products. Nevertheless, he will surely involve in the brand endorsement of major brands in the coming future. 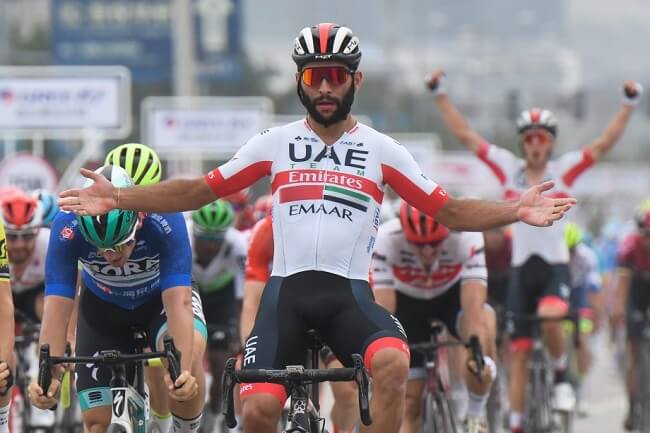 At present, Fernando is possibly single. There are no rumors circulating about the cyclist’s possible link-ups. He is also more focused on his career as a young professional rider seeking to process in the field. Moreover, his sister Juliana, who is also a professional cyclist, is married to a fellow track cyclist Fabián Puerta.

Moving on to Fernando’s body measurements, he stands tall at a height of 1.80 m i.e. 5 ft 11 in and his weight is around 71 kg i.e. 157 lb or 11 st 3 lb. Other than these, there is no information about his chest-waist-hip, dress size, shoe size, etc. Moreover, he has black hair and dark brown eyes.

Talking about Fernando’s social media presence, he is active on Twitter and Instagram. He joined Twitter in July 2011 and so far has 170.5k followers. Moreover, he has 321k followers on his Instagram handle @fernandogaviriarendon with 353 posts as of March 2020. His latest post is about his health condition after testing positive for the COVID-19 during the UAE Tour.