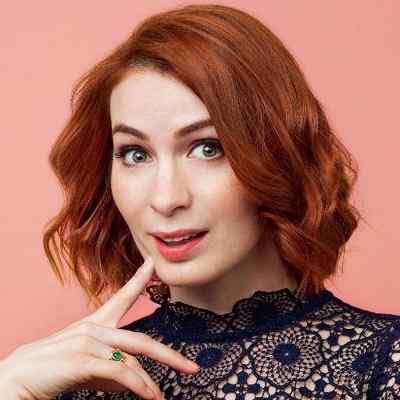 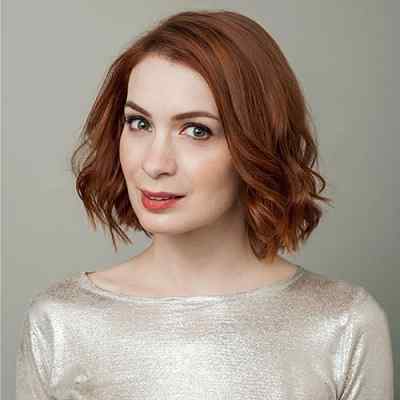 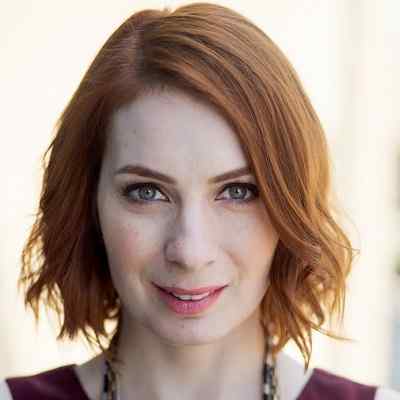 Felicia Day is an American actress. Felicia Day has appeared in TV shows like Buffy the Vampire Slayer, Undeclared, and Monk. She has also created the web series “The Guild”. Likewise, she is a highly talented young woman who is professionally trained in operatic singing and ballet.

Felicia Day was born in Hunstville, Alabama, the USA, on June 28, 1979. She is 41 years old and is under the birth sign, Cancer. She holds American nationality.

The name and information about her parents are not available at the moment. However, she has a brother and her name is Ryon Day. Further, no information about her any other family members are available well. Although Felicia is a very famous actress and personality, she likes to keep her personal and family life private. And doesn’t want to talk about them much in front of the limelight and the public. 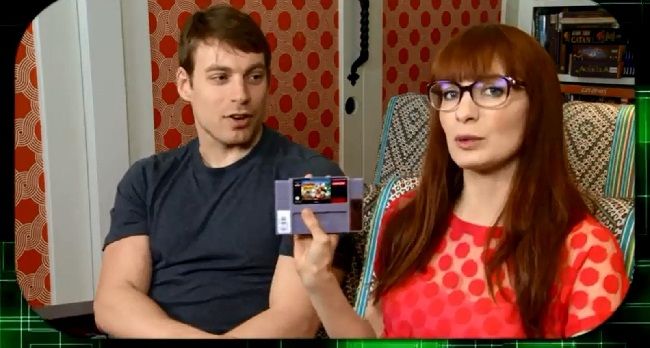 Regarding her educational background and qualification, she was a National Merit Scholar in the year 1995 and graduated as valedictorian of her class. She is an accomplished violinist and also, the Juilliard School of Music accepted her. But she chose to attend the University of Texas at Austin on a full scholarship in violin performance. Moreover, Day was home-schooled throughout much of her childhood until she began college at the age of 16.

Likewise, she double majored in mathematics and music performance. Then, she graduated at the age of 19 in the top 4% of her class. Felicia is also an avid player of a wide variety of video game genres. And, much of her work on “The Guild” web series was based on her personal experience with video games, especially when she played “World of Warcraft”.

Felicia Day began her acting career at the age of 7. It was the time when she starred as Scout in a local production of “To Kill a Mockingbird”. And, she studied operatic singing and ballet professionally, performing at concerts and competitions nationwide as well.

After graduation, Felicia moved to Los Angeles to pursue a career in acting. She appeared in several roles in various short and independent films as well as commercials and guest spots on television shows, including “Undeclared” and “Maybe It’s Me”. Eventually, these parts propelled her to larger roles as a part of the film “Bring It On Again”, the starring role in “June”, and a recurring guest spot as potential Slayer Vi on television’s “Buffy the Vampire Slayer”.

Likewise, she also starred in a recurring role that is still occasionally used in that show’s eighth season comic book series. In HBO’s 2005 biopic of Franklin D. Roosevelt, “Warm Springs”, Felicia Day’s singing was featured when her wheelchair-using character serenaded a dinner group with “I Won’t Dance”.

Felicia also created a song and music video called “(Do You Wanna Date My) Avatar”. It was featuring the cast dressed up as their in-game personae. The final moments of the music video itself are also detailed that the release date for the third season of Day’s “The Guild” would be August 25, 2009.

More About “The Guild”

Then, a second song and Bollywood style video “Game On” was released prior to the premiere of the fourth season of the web series. And, a third and final music video, called “I’m the One That’s Cool”, features the members of the cast in the guise of an alternative band performing at a local venue. The video was intercut with scenes of the cast as younger versions of their characters experiencing bullying at the hands of “cooler” and more popular kids while at school.

Felicia Day announced in March 2012, that she would be launching a premium YouTube channel, “Geek & Sundry”, on April 2. Then, this Youtube channel took over the production of “The Guild” for Season 6. She even hosts several shows on the “Geek & Sundry” Youtube channel. And, the most notable shows are the Flog, Vaginal Fantasy, Felicia’s Ark, and Co-Optitude which co-stars Felicia’s brother Ryon Day.

In the year 2012, Felicia Day created the web series “Tabletop” along with Wil Wheaton. Wil is an executive producer for the series and appears regularly as a guest. In the same vein, in the year 2015, she suggested to the original cast of Critical Role to begin streaming their tabletop home game as a show.

Then, in August 2014, the Youtube channel was acquired by Legendary to produce content alongside Chris Hardwick’s Nerdist Industries, with Day retaining creative control.

Felicia Day starred as Penny in the three-part web-based musical Dr. Horrible’s Sing-Along Blog (created by Joss Whedon, who also created Dollhouse and Buffy the Vampire Slayer, in which Day had parts). She was featured as a patient in the episode “Not Cancer” of the medical drama House, and had a guest-starring role in the sci-fi drama Dollhouse’s unaired episode “Epitaph One”, as well as it’s the series finale “Epitaph Two”.

Also in the year 2008, she was featured in a series of commercials for “Sears Blue Crew”. Then, she appeared in the first of the revitalized Cheetos commercials. And, in the series Lie to Me, on the episode called “Tractor Man”, airing December 14, 2009, Felicia sang a song called “White Lie” alongside Brendan Hines. She even starred with Kavan Smith in the Syfy film adaption of the Little Red Riding Hood saga, called Red. Angela Mancuso produced it.

Felicia Day also played the continuing role of Dr. Holly Marten in the Syfy channel’s original series, Eureka, appearing in 18 episodes during the last two seasons of the show. She has also played the role of “Gorgol” in the web series MyMusic directed by The Fine Brothers.

Moreover, in February 2011, she announced that she will star in a new web miniseries, “Dragon Age: Redemption”. The series is based on the Dragon Age video games made by BioWare and it aired on October 10, 2011. Day portrayed the role of an elf named Tallis. Then, she again returned as the voice and model for the character in the Dragon Age II downloadable content Mark of the Assassin.

In January 2012, Felicia again announced that she would be hosting a Google+ Hangout called “Vaginal Fantasy”. The Hangout features her along with Kiala Kazebee, Veronica Belmont, and Bonnie Burton. Every month they discuss lady-leaning historical and paranormal adventure books. Then, in February 2012, Day guest-starred in Sean “Day” Plott’s online webcast featuring Kingdoms of Amalur: Reckoning.

In April 2012, they announced that Felicia Day would host the 2012 IndieCade Awards Ceremony on October 4, 2012. Also in April of that same year, she appeared on the YouTube show “MyMusic” as a Norwegian Black Metal singer named “Gorgol”. Then, she guest-starred in the second season of the Jane Espenson scripted web series, “Husbands”.

Likewise, in October 2012, she guest-starred on The Game Station podcast and appeared in an episode of My Drunk Kitchen. And in the year 2013, “Geek & Sundry” and “Atlas Games” worked together to release a promotional pack for the card game Gloom, for TableTop Day 2013 with a Felicia Day, Guild Goddess card.

Then, in the year 2014, Alderac Entertainment Group included a Felicia Day card in the storage case expansion. And, the Big Geeky Box for their card game Smashes Up. And, Plaid Hat Games released a Felicia Day character card for their board game “Dead of Winter: A Cross Roads Game” for Tabletop Day 2015.

On August 4, 2015, Felicia guest-starred on Episode 9 of the “Dear Hank & John” podcast. Likewise, on October 1, 2016, she provided a guest voice for the “Welcome to Night Vale” podcast as Zookeeper Joanna Rey.

Felicia began appearing as Kinga Forrester in Mystery Science Theater 3000 in April 2017. Then, in August 2017, she appeared as a guest in the “My Little Pony: Friendship Is Magic” episode “The Perfect Pear”. By voicing Pear “Buttercup” Butter, the presumed-deceased mother of one of the show’s main characters, Applejack. In that episode, she also performs a romantic ballad, titled “You’re In My Head Like a Catchy Song”.

She also organized and hosted a Twitch charity live stream on 30 June 2018, in aid of the Refugee and Immigrant Center for Education and Legal Services (RAICES), which is a Texas nonprofit. It was a 12-hour live stream and it raised over $212,000.

Then, from 2018-19, Felicia appeared in two episodes of the Syfy channel original series “The Magicians” as “Poppy Kline”. 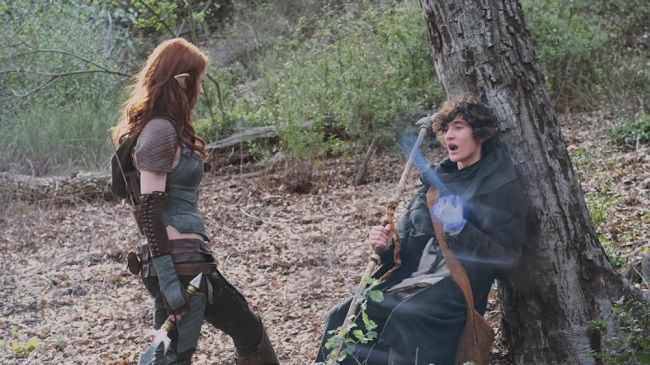 Caption: Felicia Day in the shooting of the movie (Source: Google)

Felicia Day has won several significant awards for her role in the web series “The Guild”. It also includes three “Streamy Awards” and two “IAWTV Awards”. Likewise, she also won another “IAWTV Award” for her work as a writer in the vlog “The Flog”. Moreover, in the year 2008, she was on the list of “Best Web Video Creators” by TV week.

Felicia Day is possibly single at the moment. She is more focused on her career rather than being in any kind of romantic relationship. However, she was earlier in a relationship with Nathan Fillion. But they broke up and are no longer together.

Moreover, in the year 2017, Day gave birth to a baby girl and her name is Calliope Maeve. And the name of Calliope’s father is Patrick Sheane Duncan. 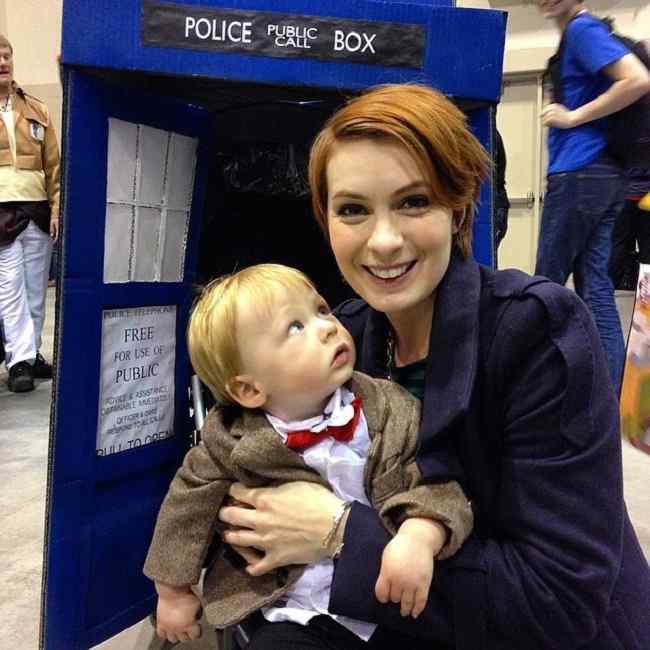 Caption: Felicia Day along with her child, Calliope Maeve. And the name of Calliope’s father is Patrick Sheane Duncan (Source: Google)

Felicia has a height of 5 feet 5 inches and her weight is 55Kg. Her other body measurements such as chest size, waist size, and hip size are 34-26-35 inches respectively. Likewise, she has brownish-red hair and brownish-green eyes.

Focusing on her earnings, she has a net worth of $1 million. And she many income sources.