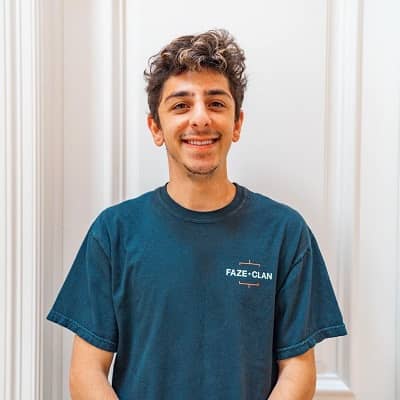 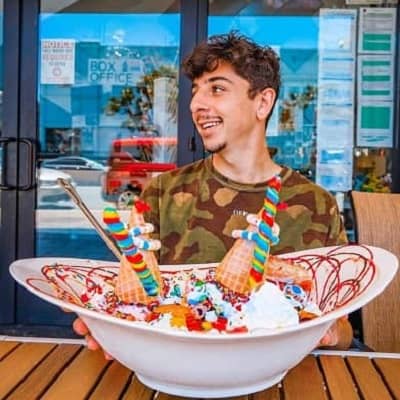 Faze Rug is an American social media personality. Faze Rug is the director of the popular ‘Faze Clan’ popular for its prank videos. Likewise, he also has his own Youtube channel ‘Faze Rug’, and has 17.3 million followers in it.

Faze Rug was born on 19th November 1996 and is currently 24 years old. His birth name is Brian Awadis and his zodiac sign is Scorpio. Likewise, he was born in San Diego, California, United States of America, and holds American citizenship. Similarly, regarding his ethnicity and religion, he belongs to the middle-eastern ethnic group and follows Christianity. Likewise, he was born to an Iraqi family who moved to the United States. 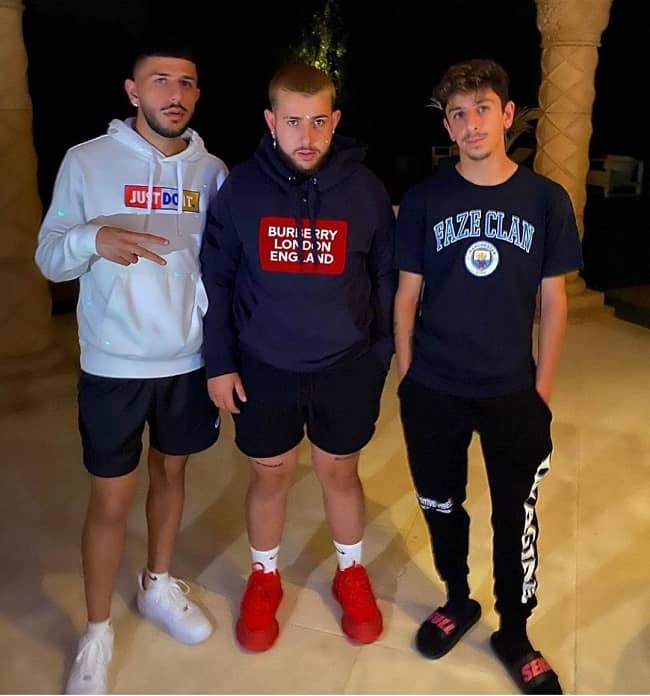 Likewise, he has two elder brothers. One of his brother’s names is Brandon Awadis who is an aspiring NBA analyst and is an avid fan of the Phoenix Suns basketball team. Likewise, since his school days, he was quite fluffy and mischievous who loved making jokes and fun of others. Similarly, this interest in sharing the pranks with others has motivated him to record these videos and make videos on Youtube. Furthermore, talking about his educational qualification, he is a college graduate. However, there is no information about his educational background.

Faze is a social media personality and a content creator on Youtube. Likewise, he is an avid online gamer and mostly posts ‘Call of Duty’ content on the channel. Moreover, he started his Youtube career as a gamer back in 2010. He became the founding member and director of the ‘Faze Clan’. This is one of the biggest gaming teams founded by a group of young gamers. Likewise, this group are assassins of a series of games including Call of Duty, Call of Duty: Modern Warfare, Counter-Strike: Global Offensive, and much more. Moreover, at present, he is one of the most subscribed gaming teams having more than 8.44 million subscribers in it.

Furthermore, during his first year of college, he started his own Youtube channel. He started the ‘Faze Rug’ channel on 12th July 2012 and has over 17.3 million subscribers in it. Similarly, after a few months in college, he made Youtube his full-time job and soon became a successful Youtube star. Likewise, his first video on the channel is ‘WELCOME TO MY NEW CHANNEL! – BY SQUEAKS ( 200 LIKES)?’. He posted this video on 14th July 2012 and has 554k views on it. Followed by this, he posted ‘RUGRAT: FUNNIES AND FAILS!’ on 16th July 2012 and has over 178k views on it.

More on career and Achievement

Despite being a gaming content creator, his prank videos are more popular than his ‘Call of Duty’ videos. He has posted 1,699 videos in total and has over 3.8 billion views in it. Likewise, his most popular video on the channel is ‘COCAINE PRANK!!’. He posted this video on 9th January 2015 and has over 22 million views on it. Similarly, his other popular videos include, ‘I FILLED MY SWIMMING POOL WITH GIANT SNAKES!!’, ‘I ON A GAME OF FORTNITE UNDERWATER!!’, ‘WE CUSTOMIZED MY LAMBORGHINI FT. ZHC (GIVEAWAY)’, and ‘LAST TO DROP IPHONE WINS $10,000 – CHALLENGE’. These videos have over 15 million views on them.

Moreover, he is one of the successful and popular Youtube stars. Similarly, his 17.3 million subscribers on Youtube is impressive fame he has achieved. Likewise, he has collaborated with many American, Canadian, and Middle Eastern fellow Youtubers. Likewise, some of his collaboration with popular Youtubers includes Logan Paul, Jake Paul, KSI, Fousey, Mo Vlogs, Faze Bank, RiceGum, Adam Saleh, and Slim Albaher. 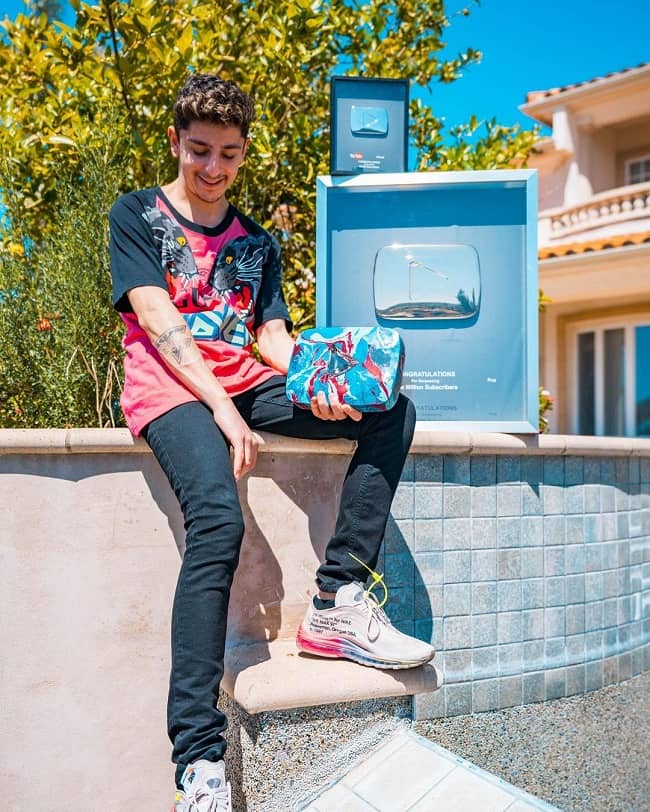 This talented content creator is a successful Youtuber by profession. Likewise, Faze the main source of income is through his Youtube videos, merchandise, and gaming stream. Similarly, he has a net worth of around $6 million. Similarly, he lives in his lavish mansion in San Diego with his family. Likewise, he also owns luxury cars including White Lamborghini Huracan 2017 and Mercedez SUV.

Regarding his relationship status, Faze is straight and in a relationship. He is dating famous Youtuber and swimwear model Molly Eskam. The couple has been dating for quite a long time and often feature in each other’s videos on Youtube. 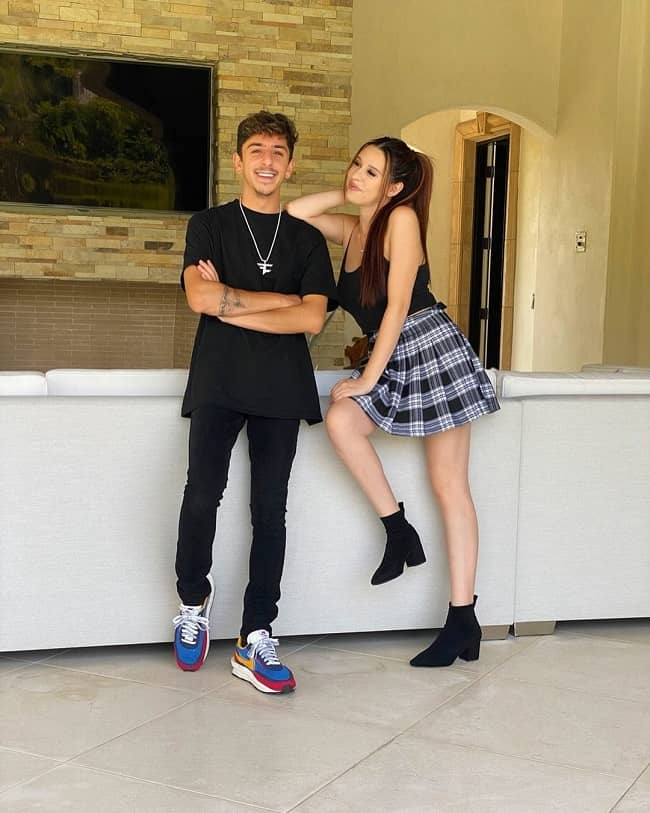 The multi-talented personality stands 5 feet 7 inches (67 inches) tall and weighs around 58 kg. Likewise, Faze has a slim body type and his vital stats are 28-26-12. Similarly, looking at his physical appearance, he has fair skin with black hair and dark brown pair of eyes. 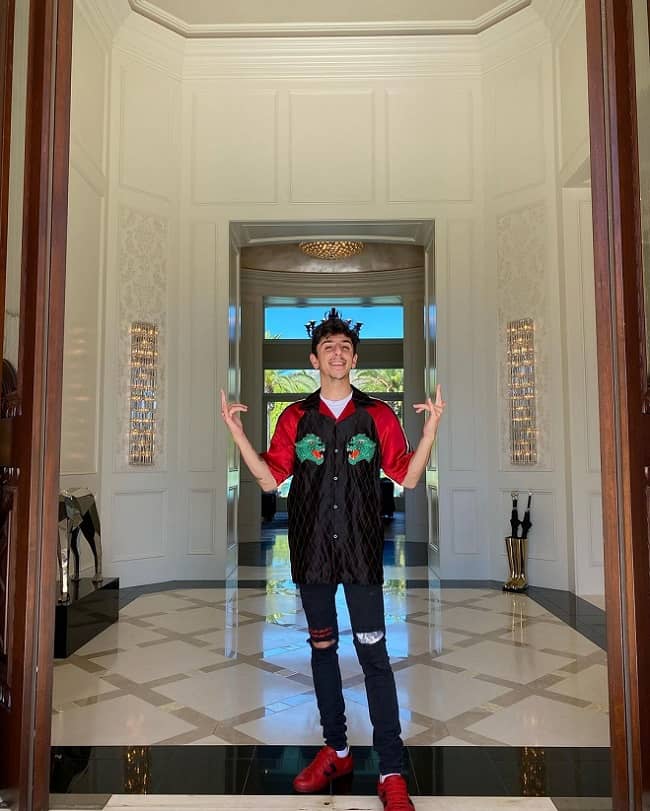