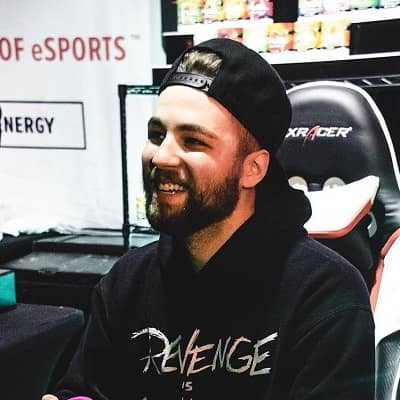 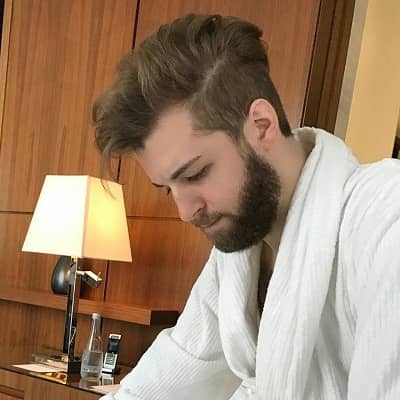 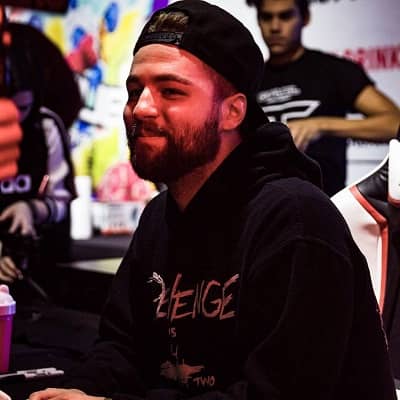 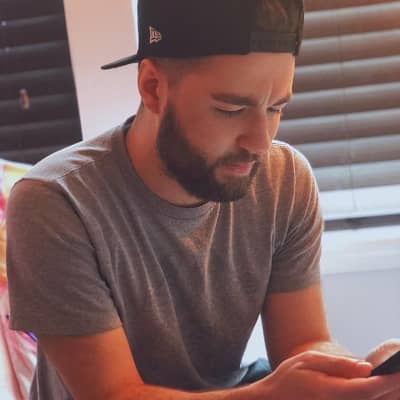 FaZe Jev is a young American social media personality. FaZe Jev is primarily a content creator on Youtube who mostly focuses on gaming, commentary, comedy videos, rants, and rages. He is also a part of the famous gaming group called FaZe Clan.

FaZe Jev was born on October 18, 1993, and he is currently 27 years old. He hails from New Jersey, and his zodiac sign is Libra. His real name is Jason Eugene but he is better known online as Jev.

Talking about his family details, he has Indian, Puerto Rican, and African American roots. Most of his childhood still remains a mystery to the masses. Hence, there isn’t much information about his parents. However, it is said that he has 3 siblings.

Growing up, GaZe Jev confessed that he was the kind to always question the power and fancied being a rebel, but somehow he regrets it. Through his videos, it is quite evident that he did face a tough childhood, and is said to be living with his grandparents.

Professionally, FaZe Jev is a social media personality. He is primarily a content creator on Youtube. He is a popular YouTube gamer best known as a member of the FaZe Clan. As a member of the FaZe Clan, Jev is featured as a sniper in gameplay. He also has his own YouTube account where he has over 4.1 million subscribers. He is also widely popular for his love for pink headsets.

Likewise, Jev launched his YouTube channel under the name “poketLWEWT” on 17 October 2009. Then Pizza Hut wished him a happy birthday on Twitter for his 21st birthday. His most viewed video of the year 2014 was called FaZe Jev vs FaZe Rain!

His Youtube channel is all about Jev delving into intense games and sharing his strategic ways of taking down tough levels. He shares these with his fans of similar interests. He is not a one-man army, he belongs to a professional e-sports team called FaZe Clan, who competes with other such teams over the internet.

Long story short, Jev has already got the world under his feet with his incredible skills and unique content. No doubt, his channel is something that has the youth going gaga over! 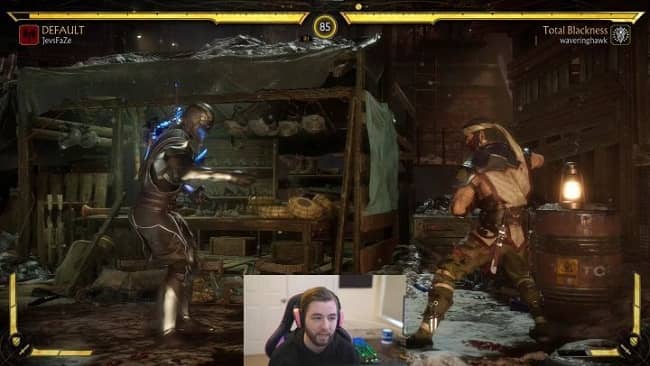 Since his younger days, Jev always spent most of his time behind closed doors playing games. He soon decided that he wanted to one day turn this into a career. A few years later, while working a full-time job with overtime, Jev would spend at least 4-5 hours making and editing videos for his YouTube channel.

He even gave up on his sleep at times. His YouTube channel mostly features his Call of Duty games and commentary. This channel soon gave him the opportunity to join one of the biggest gaming groups called FaZe.

Even though the Youtuber is highly popular for being a part of the FaZe group, Jev once mentioned how it was never in his agenda to become one of them but rather to turn gaming into his biggest priority and even a career. Apart from gaming, Jev also takes to YouTube to talk about his life-changing experiences growing up and even sometimes sharing close personal details about himself.

That’s probably another reason behind his popularity. Jev is also popular for his mysterious vibes and only focuses on using his fame as an encouragement for other aspiring gamers. Safe to say that shedding all the sweat and the sleepless nights have indeed paid off as he has already earned over 4 million subscribers on his channel.

Despite being one of the biggest gamers of this generation, Jev still plays his games and records them in the same room he started in. This only shows that barring games and making it big in this field, nothing else really matters to him! He is also loved for his hilarious rants and commentaries during his games. This also makes his channel worthy of all the views. 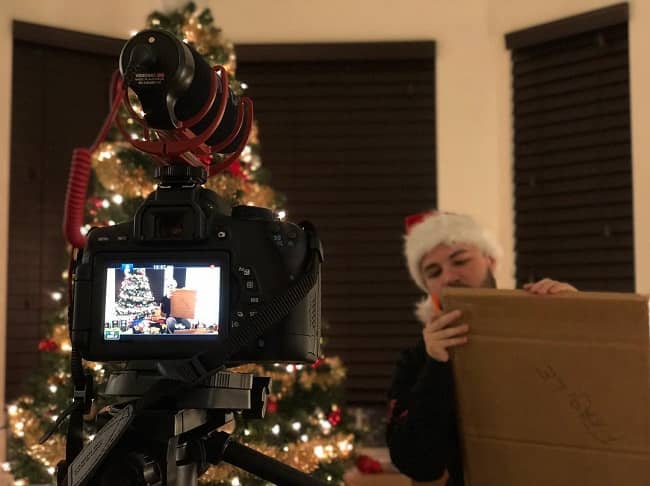 Though usually known for his Call of Duty gameplays, Jev’s raging videos about CoD and The Impossible Game gained him more popularity through the years thanks to his extreme shouts. Hence in his raging videos, Jev always states in the description ***HEADPHONE USERS BEWARE!*** He also complaints about those games, especially when it comes to the use of C4 and LMG in the Call of Duty games.

So far, his most-watched video is called “JEV REACTS TO OLD RAGETAGES“. Also, his Impossible Game gameplays gained him even more popularity, making a total of 5 parts. The last part was deleted from his channel due to unknown reasons. Similarly, Jev has stated that his “Most cringy Gamertag he’s ever had” is “Mister Fister”, which created the infamous ‘Fist Me Daddy’ meme started among the fandom.

In 2015, ASTRO Gaming challenged him to finish a Rubix cube to get a free pink ASTRO headset. Similarly, in March 2014, he joined FaZe. Then on 23 August 2015, he hit 1 million subscribers on his Youtube channel. Likewise, Jevs’s UFC character is based on a character he made up from a video titled “MW3 RAGE | RAGETAGE #2″ named “Requis”.

Moreover, he owns a collection of different variations of knives and swords due to his fans continually sending them to him through his old PO Box at his grandparent’s house. His new PO Box, that he and his girlfriend co-own is FaZe Jev PO BOX 2220 1175 Marlkress Road Cherry Hill, NJ 08034.

FaZe Jev has been in a romantic relationship with Alexis. Alexis is popular on the web as “Abstractsweater”. The couple got engaged in July 2020. The lovers live together with their two dogs namely Ahri and Nami, and their kitty named Cameron. the two reside in Cherry Hill, New Jersey. 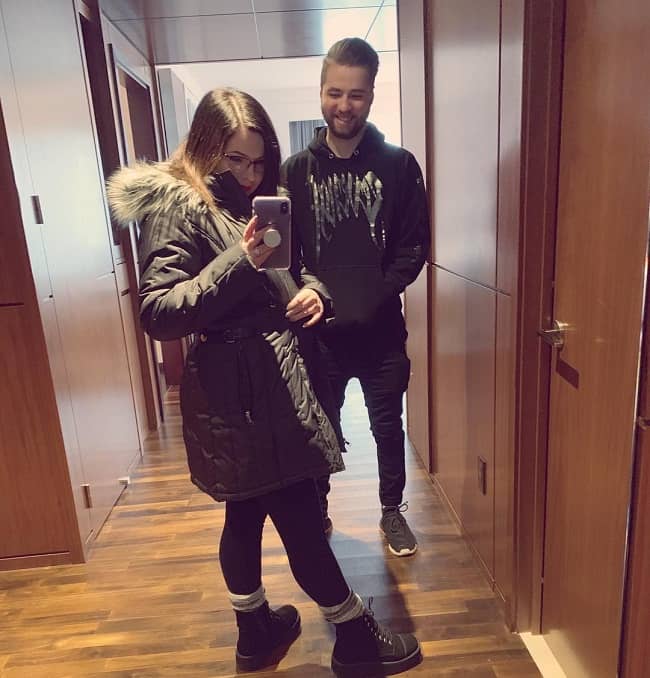 Caption: FaZe Jev posing for a photo with his lover Alexis. Source: Instagram

FaZe Jev stands tall at a height of approximately 5 feet 7 inches. Other than this, there is no information about his other body measurement details like his weight, chest-waist-hip measures, biceps, etc. He has blue eyes and blonde hair.

FaZe Jev joined Twitter in April 2011 and so far has over 1.4 million followers on his @FaZeJev account. He then created his self-titled Youtube channel on October 17, 2009. So far, this channel has over 1.3 billion views and 4.1 million subscribers as of October 2020. He goes by @mrjeverson on Instagram and this account boasts 22 posts shares and over 435k followers.

Moving on, he has a net worth estimation of approximately $3 million dollars.