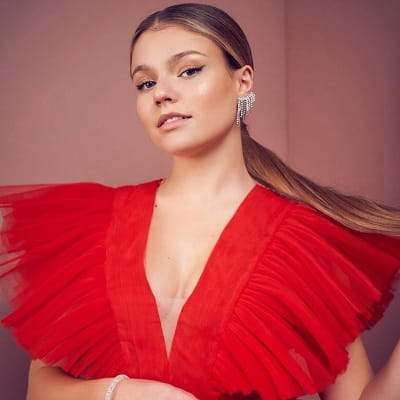 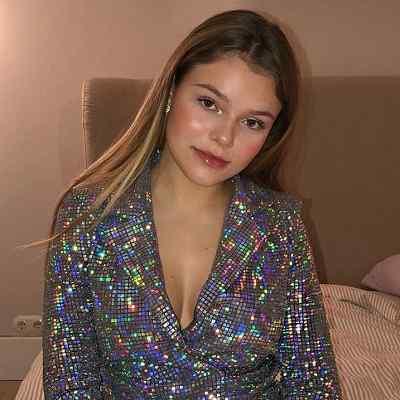 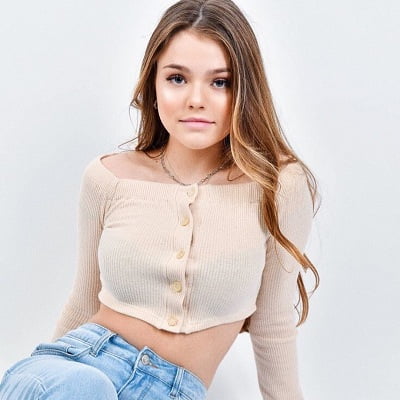 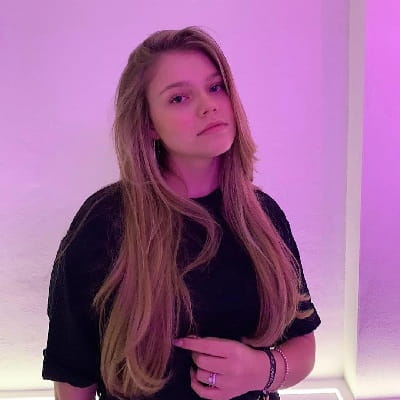 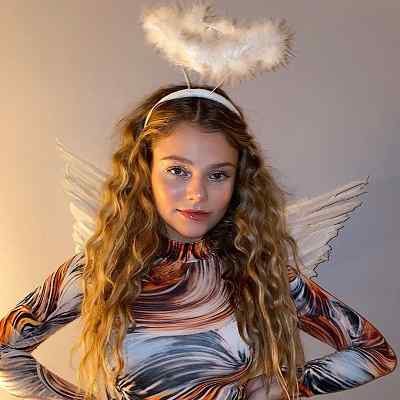 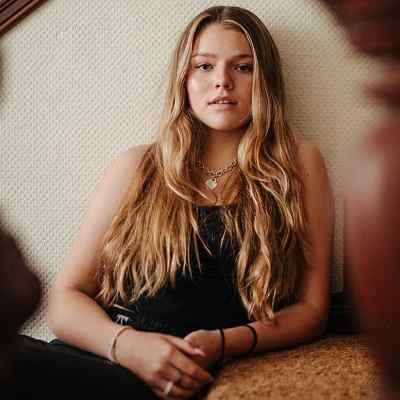 Faye Montana is a German social media personality, singer, and actress. Faye Montana has found significant followings on both Instagram and YouTube. Also, she is famous on TikTok for her interesting videos.

Faye Montana was born on 6th September 2003. She was born and raised in Germany and holds German nationality. They present age of her is 18 years old and her sun sign is Virgo. Referring to her family information, her parents are the actress Anne-Sophie Briest and the rapper Markus Oergel aka Big Sal.

Big Sal is a founding member of the hip-hop group Harleckinz. Unfortunately. he died in 2011. Moreover, she has two half-brothers named Jahmar Walker (from her mother’s side) and Saleem (from her father’s side). 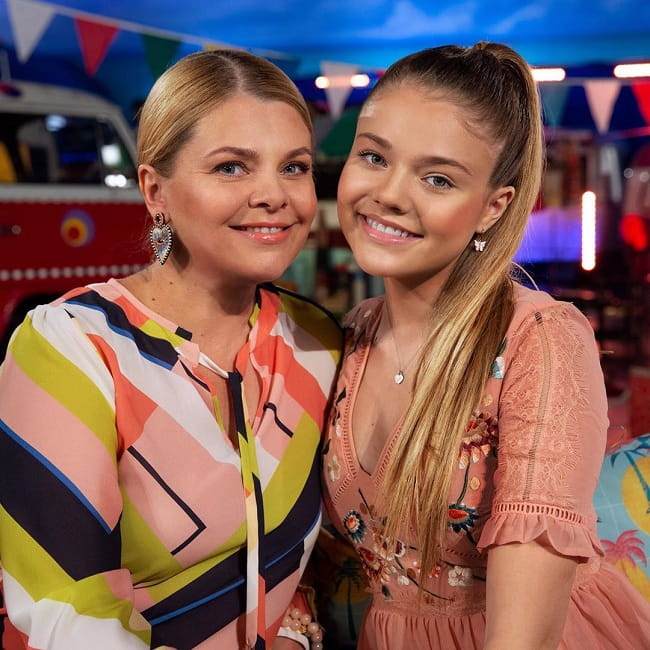 Professionally, Faye is a singer, Instagram star, YouTuber, TikTok star, and actress. She posts an assortment of pictures from her day-to-day life on Instagram, where she has earned over 441K followers. She began her YouTube channel on July 9, 2014. On August 19, 2014, she posted her first video, “7 Arten von besten Freunden”.

Since its creation, her YouTube channel has amassed more than 349K subscribers. Further, has collaborated with the actress Emma Schweiger on her video “YOGA CHALLENGE with Emma Schweiger”. One of her most popular videos, “VLOG! Bei Udo Walz mit lifewithmelina und DagiBee”, has received more than 500,000 views.

Similarly, she also has a second YouTube channel. The channel is named ‘Faye Montana TikToks’ It was created on March 23, 2020. There, she has earned only 48 subscribers as of now. And, she has not uploaded any videos to date. 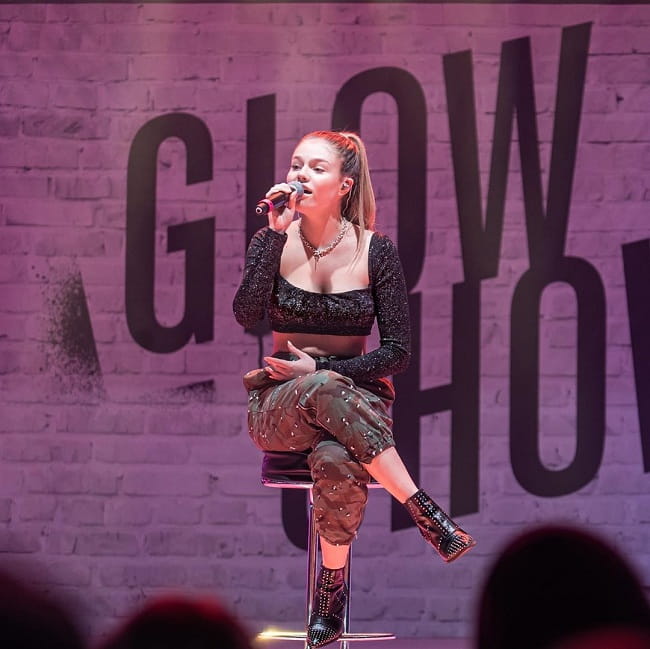 Caption: Faye Montana while singing for the audience. Source: Instagram

She has not reportedly been in a relationship with anyone. Faye still has enough time to be in a relationship and find a good match for her. However, as of now, she is focused on her career rather than involving in love matters. She has a clean and good profile regarding her personal as well as professional life. She would surely attract many lovers towards her with her beauty, charm, talent, and uniqueness.

Faye is a pretty girl with an amazing and attractive personality. She stands quite tall and has an average weight. However, she has not shared any details regarding her body measurements including height, weight, chest-waist-hip, dress size, etc. Moreover, her eyes are pretty blue and she has long silky blonde hair color. 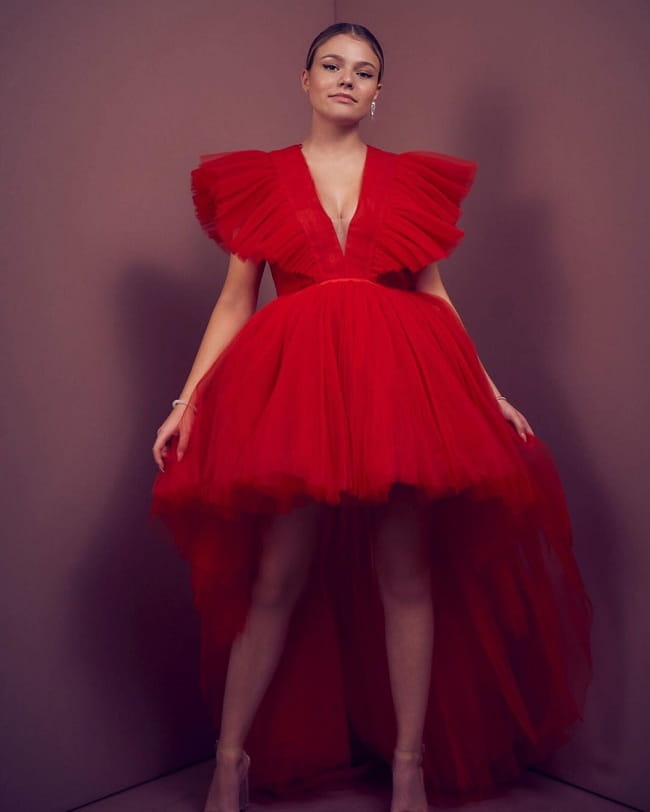 She is pretty much available on social media profiles. Her Instagram account ‘@fayemontana’ has gathered over 441K followers. Her official Facebook page has earned more than 19K followers. Faye also has a merch line of her where you could find different t-shirts, shorts, jumpsuits, dresses, and other products.

Her Twitter account has amassed over 5K followers. Similarly, her TikTok account ‘@officialfayemontana’ has accumulated more than 614.7K followers and more than 28.1 million likes. Her mother has helped supervise and run her social media channels.

This young and talented personality might earn a decent amount of money through her profession. But, sadly, she didn’t share her net worth with the public yet.