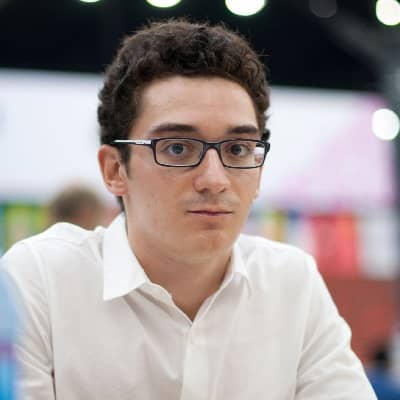 Fabiano Caruana is an American-Italian chess prodigy. Fabiano Caruana became a grandmaster at the exceptional age of 14 making him the youngest virtuoso in Italian and American history of chess.

Fabiano was born on July 30, 1992, in Miami Florida in an Italian family and grew up and raised in Park slope, Brooklyn. He holds dual citizenship in Italy and US. As of now, he is 30 years old.

His parents were Lois Caruana and his mother Santina Caruana while there is no such information about the other members of his family and his parent’s professions. Moreover, he moved to Brooklyn with his family when his age was 4.

He discovered his chess talent when he was five years old. Moreover, he played for the first time in an after-school chess competition at Congregation Beth Elohim at Park Slope.

He used to have a remarkable enthusiasm towards chess which was evident from his early age when he first played chess and won during his school days. His family was really supported thus they moved to Spain to pursue his interests in chess while leaving his other siblings back in the US.

He did his schooling at Berkeley Caroll School. He did not attend any formal school and has only completed it till mid-school. His genuine compassion and sacrifice towards chess was the only reason to abandon his academic life.

Caruana kicked off his career as a chess player in 2007 when he was 15 years old once he won GM Tournament and held GM Norm Award and won the title of the youngest grandmaster of chess surpassing the title from Hikaru Nakamura at the age of just 14 years 11 months and 20days. His first trainer for chess was Miron Sher.

Holding dual citizenship he has affiliation to play from both the Italian Chess Federation and US Chess Federation. He played for Italy for ten years, starting from 2005 and after that, he switched to USCF to play for the USA. Throughout his chess career, he has participated in various chess tournaments such as Sinquefield Cup, Grand Chess Tour 2021, US Chess Championship, and so on, and was successful to hold many positions.

He calls himself an aggressive player and he reported that he prefers to attack during his games in an interview which sounds quite astonishing and also reflects that he wants to sacrifice while playing with his enemies. 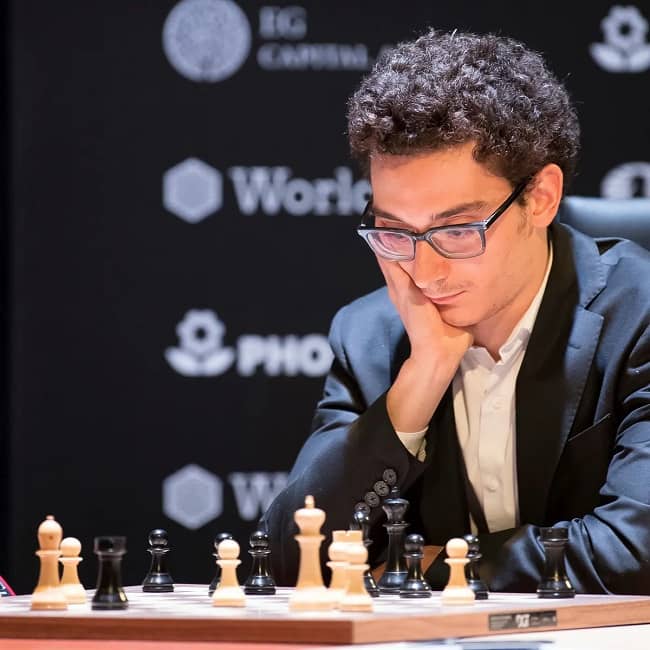 Caption: Fabiano Caruana during the chess game Source: The Guardian

Talking about the young gentleman and chess prodigy’s achievements, he has got a lifetime “Benefactor” membership in the United States Chess Federation. Similarly, he is known as the second highest ranked chess player by USCF.

The famous young man is the second richest chess player and ranks at 178 in the United States overall earnings and at 928 in the world. He has earned most of his wealth through his tournament prize money while his net worth is roughly estimated at $13 million.

The relationship status of Caruana has not been revealed from any of the sources so we can still assume he’s still single. No, cameras have caught Fabiano with any of his girlfriends.

Fabiano Caruana has an athletic body type. His height is 5 feet 6 inches (1.67 m) and weighs around 135 lb (62 kg). He has dark brown curly hair and dark brown eye color.

Fabiano joined Twitter in March 2012 and gained 145k followers as of now. Likewise, he is active on Instagram where he posts some glimpses of his mediocre lifestyle and his closeness to nature and bits of his professional life.

He goes with the Instagram user id @fabianocaruana with around 73.6k followers. He has also started his own official YouTube and has recently uploaded his Ice Bucket Challenge video to St. Louis Chess Club.