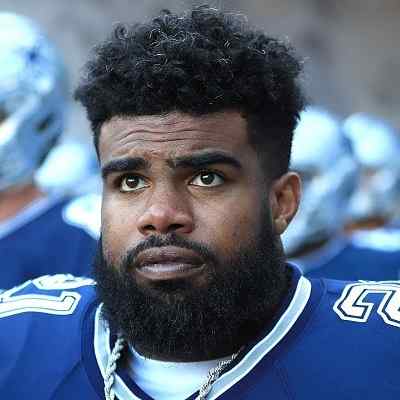 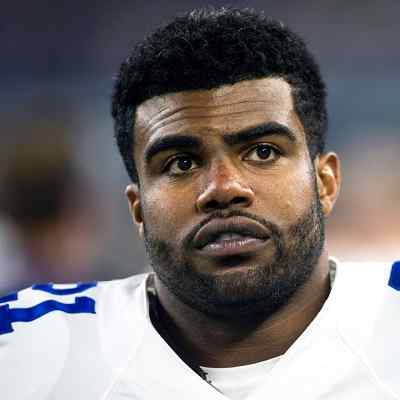 Ezekiel Elliott is an American Football Player and a Running Back. Ezekiel Elliott was selected 4th overall in the 2016 NFL Draft by the Dallas Cowboys. He also helped Ohio State win the inaugural College Football Playoff National Championship in the year 2015.

Ezekiel Elliott was born on July 22, 1995, in Alton, Illinois, USA. He is 26 years old and is under the astrological sign, Cancer.

He holds American nationality and his full name is Ezekiel Elijah Elliott. His father’s name is Stacy Elliott and his mother’s name is Dawn Elliott.

He also has two siblings and their names are Lailah and Aaliyah Elliott.

Moreover, Ezekiel’s mother was a high school state champion in three sports before attending the University of Missouri and running track there.

His father on the other hand was a linebacker for the Missouri football team and CEO of Fifth Down Enterprises. 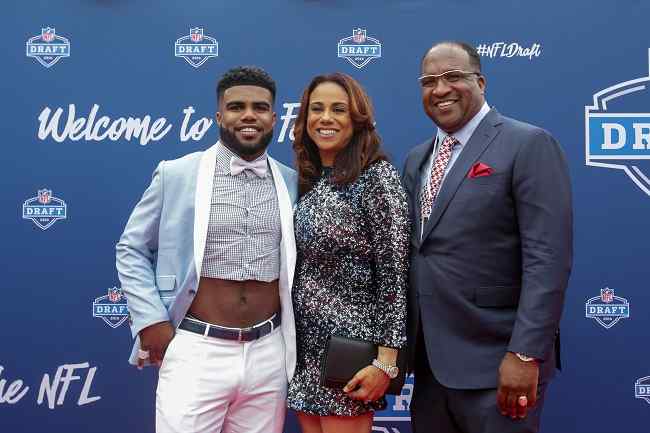 Caption: Ezekiel Elliott with his mother and father (Source: The Washington Post)

Ezekiel Elliott was able to attend the more academically driven John Burroughs School in Ladue, Missouri, where he was a three-sport star in football, basketball, track, and field despite his athletic pedigree.

He even was able to play baseball. Also, as a junior in the year 2012, he became the St. Louis Post-Dispatch offensive player of the year.

Likewise, he was a state qualifier in sprinting and hurdling events, as a standout track and field athlete. He was able to cap his high school career by winning four state championships.

He even became the Gatorade Track Athlete of the Year in the state of Missouri.

During the season at his university, he was on the Academic All-Big Ten Conference team. Moreover, Elliott was able to finish his career at Ohio State on several leaderboards.

Furthermore, Ezekiel Elliott was able to receive numerous honors during his tenure at Ohio State.

He became the Offensive MVP of both the 2015 Sugar Bowl and the 2015 College Football Playoff National Championship Game.

Ezekiel Elliott is in a relationship with Halle Woodard. However, the pair have kept their relationship very private.

And definitely, away from the media and public attention as much as possible. And, we got to know about their relationship only because Elliott’s mother posted them. 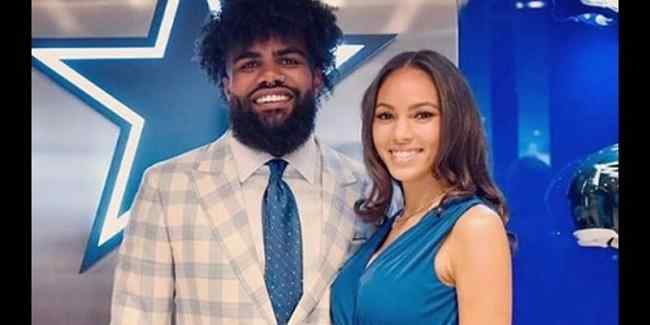 Caption: Ezekiel Elliott along with his girlfriend (Source: Entertainment)

Ezekiel Elliott has a height of 6 feet and his weight is 102 Kg. Moreover, Elliott has black hair and dark brown eyes.

Ezekiel Elliott was labeled the most complete back to enter the NFL since Adrian Peterson in the year 2007.

He also was selected in the first round with the fourth overall pick by the Dallas Cowboys in the 2016 NFL Draft on April 28, 2016.

And, he even was widely regarded as an early favorite for the 2016 Offensive Rookie of the Year while playing behind what many agreed upon as the NFL’s most dominant offensive line leading up to the 2016 NFL season.

Then, in May 2016, he signed his four-year rookie contract.

Likewise, after the ninth game of the 2016 season, he was able to become the second Cowboys rookie to rush for more than 1,000 yards in a season.

He even was able to become the third running back to rush for 1,000 yards. He was able to finish his rookie year as the NFL’s top rusher and the youngest player to reach 1,600 yards.

And, as a result of his successful season, he was in a First-team All-Pro and was able to earn his first Pro Bowl. Elliott was suspended due to the charges of him being abusive to his girlfriend.

He decided to accept the suspension and leave the country to train for a little while. He then returned in Week 16 during a must-win situation against the Seattle Seahawks, where he rushed for 97 yards on 24 carries. 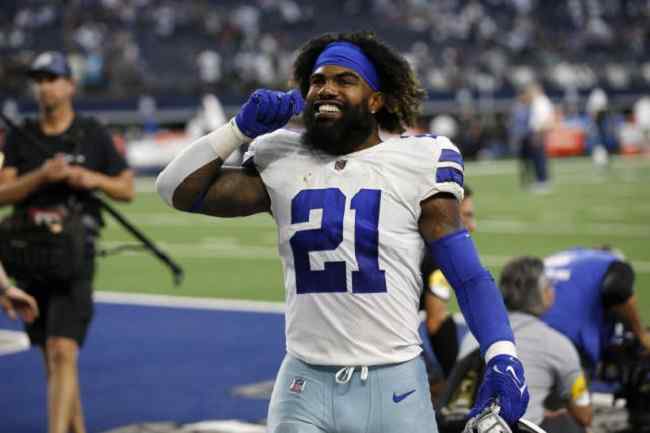 Ezekiel Elliott was able to finish the 2018 season with 1,434 rushing yards and six touchdowns to go along with 77 receptions for 567 yards and three touchdowns in 15 games and starts.

He also was able to win the rushing title for the second time in three seasons.

Then, on September 4, he signed a six-year extension with the Cowboys worth $90 million, with $50 million guaranteed, keeping him under contract through the 2026 season.

Moreover, he was able to finish the 2019 season with 1,357 rushing yards and 12 touchdowns to go along with 54 receptions for 420 yards and two touchdowns in 15 games and starts.

Ezekiel then was able to finish the 2020 season with 979 rushing yards and six touchdowns to go along with 52 receptions for 338 yards and two touchdowns.

Then, the Cowboys restructured Elliott’s contract on August 27, 2021. By, converting $8.6 million of his base salary for the upcoming season into a signing bonus to save some salary-cap space.

According to wealthygorilla, Ezekiel Elliott has a net worth of $12 million and his main income source must be his football career.