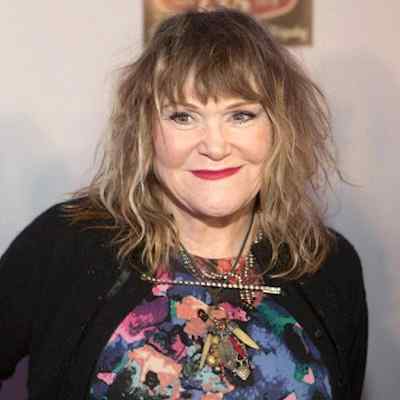 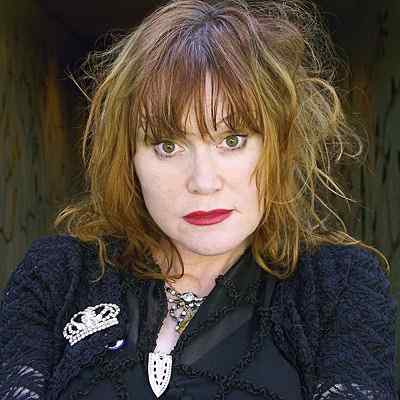 Exene Cervenka was born in Chicago, Illinois, USA, on February 1, 1956. Cervenka is 65 years old and is under the astrological sign, Aquarius. She holds American nationality and her birth name is Christene Lee Cervenka.

Her father’s name is Louis Charles Cervenka and her mother’s name is Margaret Gertrude Cervenka. She has three siblings but only one of their names is known and that is Mirielle Cervenka. Exene’s sister Mirielle Cervenka was an actor. Likewise, she was able to spend most of her early years in Tallahassee, Florida, and then moved to Santa Monica, California, in the year 1976 along with her family members.

Regarding Exene’s educational background and qualifications, she attended and dropped out of St. Petersburg High School on her 16th birthday.

Exene Cervenka first met musician John Doe when she was 21 years old, at a poetry workshop located at the “Beyond Baroque Foundation” in Venice, California. Eventually, she started working there and even was able to receive guitar lessons from Dave Alvin. Likewise, her music career began with the rock band ‘X’ in the year 1977.

The members of the band are herself, Doe (on bass), Billy Zoom (as a guitarist), and D.J. Bonebrake (as a drummer). Cervenka was able to contribute to several singles, soundtracks, as well as compilations such as ‘Adult Books’/’We, ‘re Desperate 7’ (through ‘Dangerhouse Records’ in 1978), ‘Yes L.A.’ (1979), and ‘No Questions Asked by Flesh Eaters’ (through ‘Slash Records’ in 1980).

Moreover, she also was able to become part of the Hollywood punk movement, with her unique poetic lyrics. Their band then began releasing albums in the following years. She even was able to publish her first book series, “Adulterers Anonymous”, by collaborating with artist Lydia Lunch. She was part of the album ‘Poor Little Critter on the Road’, the debut album of the ‘Knitters’, released in the year 1985. Most of the tracks in the album of the band were composed by Cervenka and John Doe.

Exene Cervenka was able to publish a poem, “Twin Sisters”, composed in collaboration with music artist Wanda Coleman. Their band was able to perform the minor radio hit ‘Burning House of Love’, from the album, on the TV music program ‘American Bandstand’ in September. This performance has been their most popular TV appearance to date. 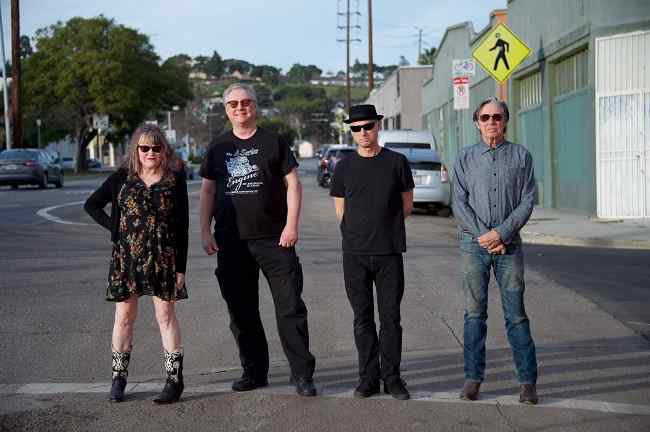 Caption: Exene Cervenka along with her band members (Source: huckmag.com)

As, Cervenka and Doe’s marriage turned sour toward the end of the 1980s, the popularity of ‘X’ fizzled out as well, and the group ultimately disbanded. Because of this, Exene started her solo career and released ‘Old Wives’ Tales’ and ‘Running Sacred’. But then again, Exene Cervenka, Doe, and Bonebrake reunited toward the beginning of the 1990s. They were able to drop a new studio album, ‘Hey Zeus!’, in the year 1993. They even came up with the acoustic affair ‘Unclogged’ in the year  1995.

The band united completely and re-formed ‘X’ toured, performing at several live shows but, they did not release any studio album after this. Likewise, her third solo release was the 22-track record ‘Surface to Air Serpents’, featuring her poems. Also, at the beginning of the 2000s, she was able to launch her musical side project for ‘Exene’, the ‘Original Sinners’. In addition to that, she also published several of her books. Moreover, her next solo albums were ‘Somewhere Gone’ in the year 2009 and ‘The Excitement of Maybe’ in in the year 2011. 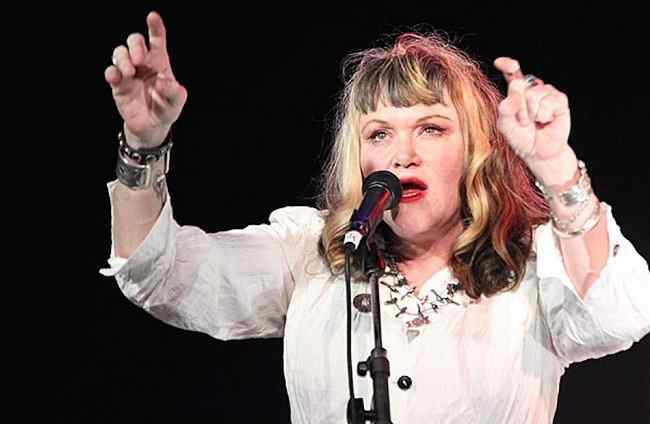 Exene Cervenka initially married John Doe, from the year 1980 until their divorce in 1985. She then met her second husband, actor Viggo Mortensen, in the year 1986. They starred together as a married couple in the comedy film “Salvation!” and eventually married on July 8, 1987. They also have a son together and his name is Henry Blake Mortensen. The couple were together for 3 years but separated in the year 1992 and divorced in 1997.

She then tied the knot with musician Jason Edge, who was part of ‘Original Sinners’. They tied the knot n 2002 but as of now, they are not together and divorced. Likewise, she then moved from Los Angeles to Jefferson City, Missouri, for four years, and then returned to Southern California, and now lives in Orange County.

Exene Cervenka was able to deliver a charity performance at the ‘Puss Puss Cafe’ in Capitol Hill to raise money for the ‘Domestic Abuse Women’s Network’. She also was able to reveal that she had been diagnosed with multiple sclerosis. Likewise, she was fine for a long time, even though episodes such as confusion and severe headaches persisted. When she was a teenager, she was able to raise funds for the ‘National Multiple Sclerosis Society’.

Moreover, Cervenka is a self-styled “conspiracy therapist”, a fact that has triggered a social-media controversy. Due to this, she received a lot of backlashes and had to issue an apology on Facebook and Twitter as well.

Exene Cervenka has a height of 5 feet 2 inches and her weight is 72 Kg but her other body measurements are still under review. Moreover, Cervenka has brown hair and brown eyes. 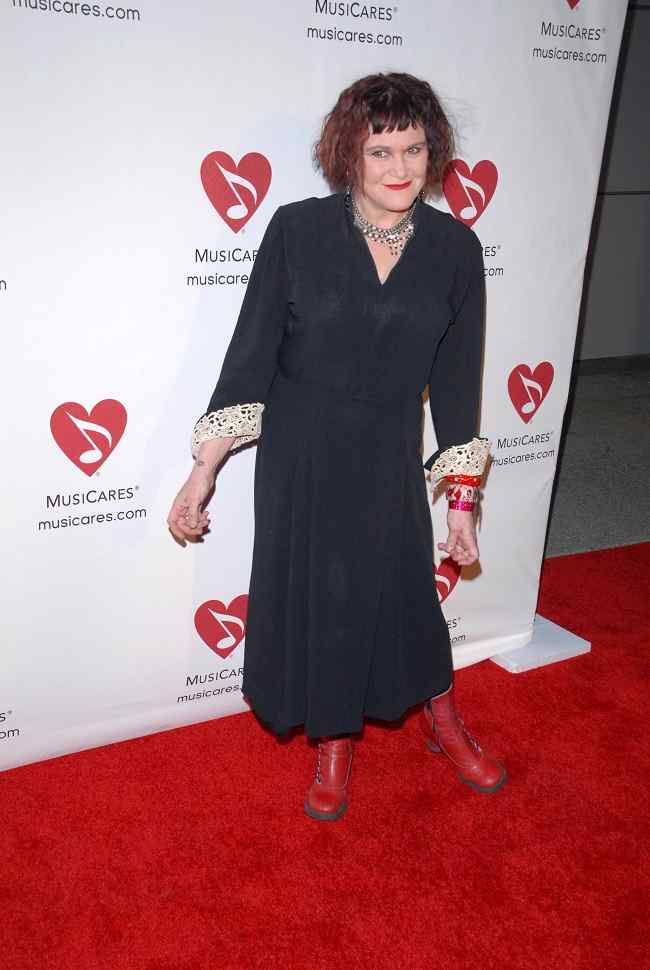 According to ncertpoint, Exene Cervenka has a net worth of $1.9 million and her main income source is her singing and writing career. She most definitely has other income sources as well.