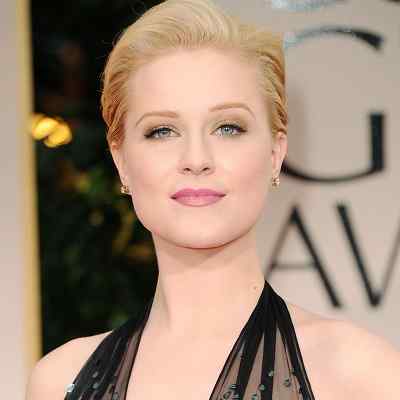 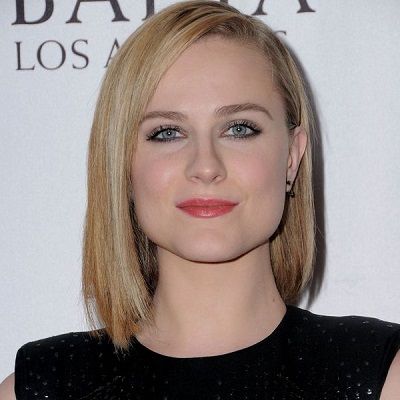 Evan Rachel Wood was born on 7th September 1987 and her current age is 34 years old. Her zodiac sign is Virgo. Evan was born in Raleigh, North Carolina and her nationality is American. Likewise, Evan’s father is Ira David Wood III who is a theatre actor, writer and director. While her mother is Sara Wood is an actress and acting coach. Likewise, her mother, Evan is also a Jewish while her father is Christian.

Similarly, Evan was brought up along her four siblings. She has three brothers, Ira David Wood IV who is an actor, Dana Wood and Thomas Wood, and a sister named Aden. Likewise, her paternal aunt is Carol Winstead Wood was a Hollywood production designer. 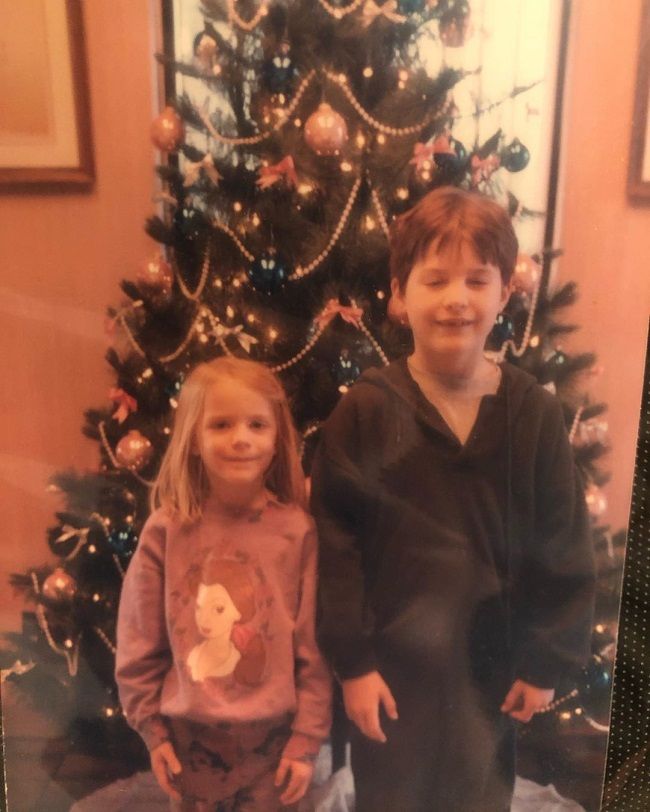 Since childhood, Evan and her siblings were involved in theatre and movies. She along with her brothers sometimes performed in ‘Theatre In The Park in Raleigh’, which her father founded and was an executive director. Moreover, she did her screen testing for the lead role in the movie ‘Interview with the Vampire: The Vampire Chronicles (1994) at the age of six. In which she lost to her counterpart, Kristen Dunst. Later her parents separated in 1996 and she moved to Los Angeles with her mother and brother Ira. Eventually, she started appearing in Tv series, movies, and feature films.

Likewise, about her educational background, Evan attended a public school, Cary Elementary, North Carolina. Later subsequently did home school and received her high school diploma at the age of 15. Meanwhile, Evan was also into sports since childhood. She was awarded a black belt in taekwondo at the age of 12.

Evan’s career into acting started at an early age as she used to appear in ‘Theatre in the Park’. Likewise, she slowly started appearing in television films after 1994 onwards. Evan started her career by playing an occasional role in popular television series American Gothic. Similarly, Evan received her first major screen role at age of 10 through low-budget drama movie ‘Digging to China’ in 1997. This movie was Evan’s debut and had played the role of a young girl.  Her character as a young girl who befriends a mentally ill man. Furthermore, this movie won the Children’s Jury Award at the Chicago International Children’s Film Festival.

Later on, Evan was cast as supporting role of Jessie Sammler in ‘Once and Again’ which was a television show. Likewise, Evan also received a role in the fantasy film ‘Practical Magic’ which she starred along with Sandra Bullock and Nicole Kidman in the same year.

Meanwhile after a certain time lapse, Wood received a lead role in a comedy-drama movie ‘Little Secrets’ on the year 2001. She got the lead role of Emily Lindstrom which she was later nominated as Best Leading Young Actress at Young Artist Awards.

Furthermore, in the year 2003, she acted in a series ‘Got Murder’ on CSI: Crime Scene Investigation episode. Likewise, in the year 2005, Evan played the role of Laventer Wolfmeyer. Laventer is one of four sisters handling the disappointment of their father’s absence in the movie ‘The Upside of Anger’. Likewise, she played the role of a young lover who fell for an old man in the movie ‘Down in the Valley’. Similarly, she played in the movie ‘King of California’ in which we can see her as a teenage daughter of a jazz musician who was suffering from mental illness.

Evan also played the role of Diana McFlee in a novel based movie ‘The Life Before Her Eyes’. Similarly, she also played in famous biopic ‘Running with Scissors’. Likewise, Evan played the role of the estranged daughter in the film ‘The Wrestler’ which later won the Golden Lion Award for the Best Film at Venice Film Festival. Furthermore, Evan has voiced in sci-fi animation film ‘Battle for Terra’.

Similarly in her movie career, she also played the role of Juliet in a fundraising production of famous Shakespeare’s Romeo and Juliet which was directed by her brother. Later Evan played in HBO series ‘True Blood’, ‘Mildred Pierce’, ‘The Conspirator’, ‘The Ides of March’, ‘Westworld’ and movies like ‘Into the forest’, ‘Doll & Em’, ‘Allure’, ‘Drunk History’.

Furthermore, Evan also voiced the character in two movies. She voiced ‘Li Yin’ in the English version of the movie ‘Flavors of Youth’, and also of Queen Iduna in ‘Frozen 2’. Her latest movie was ‘Kajillionaire’ which was a crime drama movie. Likewise, Evan also does modeling in various fashion magazines. 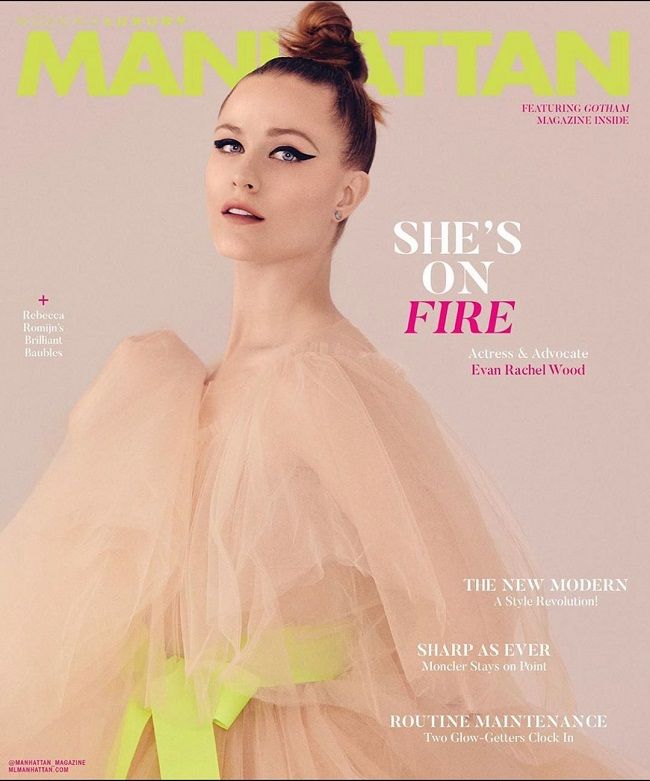 Caption: Evan on the cover of a magazine. Source: Instagram

The famous personality has also done endorsement activities for varios brands. She is the brand ambassador for major brands like Gucci.

Evan’s one of the most recognizable work is when she portrayed the role of Tracy Freeland in the movie ‘Thirteen’. There she was later nominated for Best Actress at ‘Golden Globe Awards and Screen Actors Guild Awards. Likewise, other few movies of her in which she acted like ‘Pretty Persuasion’, ‘Across the Universe’, ‘Westworld’ got nomination for the award.

Likewise, her milestone achievements were, Evan received ‘Cannes Film Festival Chopard Trophy for Female Revelation’ for her role in ‘Running with Scissors’. Similarly, Evan won the ‘Critics Choice Television Award’ for ‘Best Actress in a Drama Series’ to her role in TV series ‘Westworld’. Likewise, her voiced animation film ‘Battle for the Terra was honored with the Grand Prize at the ‘Ottawa International Animation Festival’. Furthermore, Evan won the ‘Midnight Award’ at the ‘San Francisco International Film Festival’. 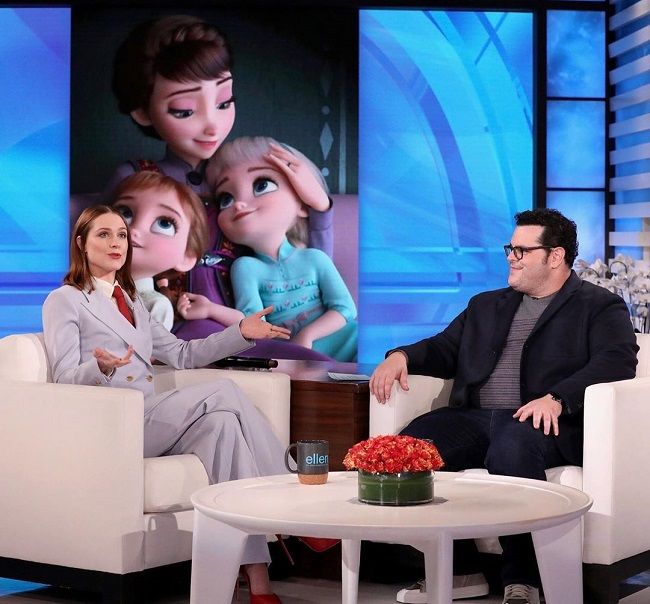 Evan has earned quite a huge amount as her earning. Her net worth is contributed through her being an actress, fashion model, and singer. According to the webpage, Celebrity Net Worth, Evan’s total net worth is $8Million.

Evan is a divorced single mother at present. She divorced with British actor Jamie Bell. The duo was married in a small ceremony on October 30, 2012, and also has one son, born on July 29, 2013. She had a home birth with her son. Evan was very much inspired by the documentary ‘The Business of Being Born’ and later thanked its creator. Unfortunately, the couple did not last together and separated in May 2014.

Evan met Jamie at the ‘Sundance Film Festival’ in 2005 and started dating each other. However, this relationship, unfortunately, did not work and ended a year later. Evan later moved on and began an on-off relationship with Marilyn Manson from 2007-2010. However, their love did not last.

In 2011, she disclosed that she is bisexual through her Twitter account. She even discussed her sexuality in an interview with Esquire, saying, “I’m up for anything. Meet a nice guy, meet a nice girl…” In the same year, she rekindled her relationship with Bell, five years after they first broke up.

In 2016, Evan told the reporter of Rolling Stone that she had been raped twice many years ago. In February 2018, Evan testified before the United States House Judiciary Subcommittee on Crime, Terrorism, Homeland Security and Investigation as a survivor of sexual abuse and a rape survivor. 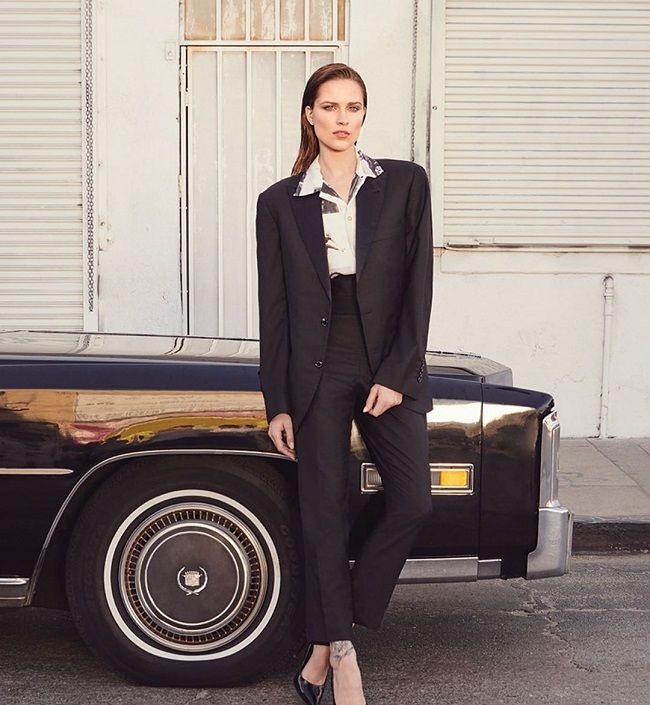