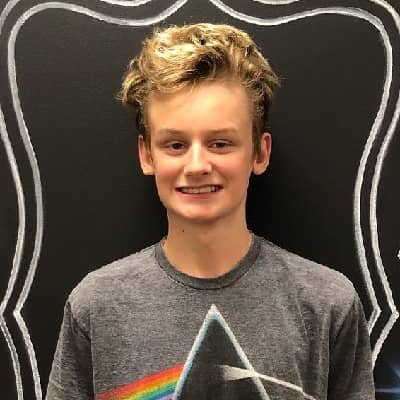 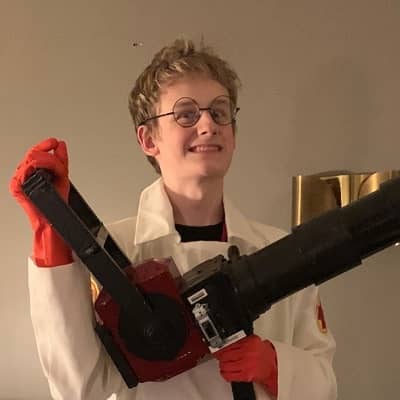 Evan Joseph Asher is the son of the prominent activist, actor, model, TV host, and author, as well as screenwriter, McCarthy, and her former husband actor, director, and screenwriter, John Mallory Asher.

Evan was born on May 18, 2002, in Los Angeles, California, United States. His age is 20 years old and has a Taurus sun sign. It has been very hard for him and his parents to look after him. Moreover, he belongs to the American nationality. 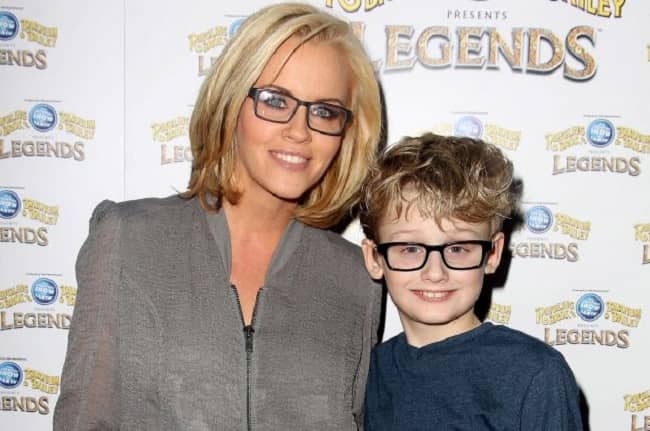 His father’s name is John Asher and his mother’s name is Jenny McCarthy. Jenny McCarthy met John Mallory Asher toward the end of 1998 while filming the comedy film Diamonds. The two got engaged in January the following year. On September 11, 1999, they walked the aisle. Evan’s parents divorced in 2005, not long after he started to show the first signs of autism. He also has two stepsiblings named Elijah Wahlberg and Xavier Wahlberg, who are the children of his stepfather, Donnie Wahlberg, and his former wife.

In the spring of 2004, he showed the early symptoms of autism. He was a little over 2 years old when he had his first seizure. At that time, his parents were living together. A team of paramedics arrived shortly and diagnosed him with epilepsy. Unfortunately, the treatment worsened his condition. He began having seizures more frequently. Jenny eventually took Joseph Asher to a neurologist at UCLA in 2005. The Autism Evaluation Clinic at the UCLA Neuropsychiatric Hospital first diagnosed his autism. His situation was later confirmed by the State of California (through their Regional Center). His mental growth lagged by a couple of years.

At the same time, Jenny was struggling with her dysfunctional marriage with John. They got divorced the same year. In 2007, Jenny revealed his autism to the media. She also spoke about the alternative methods she had adopted to improve his condition and explained that they were not supported by the scientific community. His treatment at UCLA has proven to be of great help in the recent at, and he has improved his speech and sociability much, as his Instagram account shows.

Jenny even blamed measles/mumps/rubella vaccines for her son’s condition and later became an advocate for the anti-vaccine and “autism Biomed” movements. Her theory that vaccines cause autism was later rejected by the National Institute of Mental Health. In early 2014, a few reports suggested that Jenny never claimed he had autism. To defend herself, she later attacked the rumor through a tweet.

As soon as Jenny McCarthy came to know about the medical condition, she began her research on autism and the ways to take care of an autistic child. She once came to know that he was bullied at his summer camp. However, she was happy to realize that his son was unaware of the fact because of autism. He did not understand the term “bully” back then.

However, she was also disheartened to realize that he believed his bullies were his friends. He was able to sing an entire Dave Matthews song with perfect lyrics. However, he had difficulty with “original” speech.

Talking about net worth, Evan’s mother’s net worth is $3 million. Since he has a lot of things to do and is struggling so there is no net worth from him. His needs are all fulfilled by his stepfather and his mother.

Evan Joseph Asher likes watching movies. However, he does not like movies featuring real people. He began swimming when he was a little over 2 years of age, and by 3, he had become a thorough swimmer. He now lives with Jenny and his stepfather, Donnie. While growing up, he was fascinated with door hinges, and his mother thought he would become a mechanic. His parents believed that the fast-paced life in California was not suitable for an autistic child. He thus moved to a tiny Chicago suburb called Geneva, where he made many friends.

He is no different from a non-autistic child when it comes to making friends. Likewise, he has a vast group of friends in Chicago, whom he calls ‘The Goonies’. His social interaction helped him in his improvement. In 2013, he exhibited his decision-making skills, which thrilled his mother. Jenny joined the TV show The View and had to stay in New York. He firmly decided to stay back in Chicago and be with his girlfriends. He, however, later moved to New York. His behavior remained the same, which was a sure sign of improvement. The same year, he launched his collaborative YouTube channel, Gaming USA.

Being a mother of an autistic child, Jenny McCarthy has become more sensitive toward the condition. She has authored a few books through which she has chronicled her journey with him and autism. Some of her titles include “Louder than Words: A Mother’s Journey in Healing Autism” and “Mother Warriors: A Nation of Parents Healing Autism Against All Odds”. She has also been associated with a few organizations that work to promote autism awareness. His father has also contributed to promoting autism awareness. However, his inability to handle his son’s condition was the prime reason for his divorce. The 2016 film A Boy Called Po, directed by John Mallory Asher, was based on his relationship with him. Through the film, John endeavored to bring positivity and acceptance to autism. 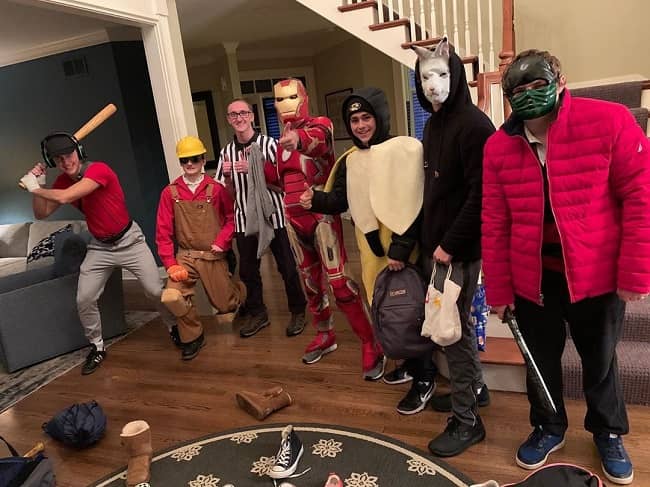 There is no information about Evan’s height, weight, dress, or shoe sizes. But he has blonde hair and a pair of green eyes. He has a slim body structure and a fair complexion. Furthermore, he used to wear glasses and have braces. He looks very grown up and handsome in his tux.

Coming to social media, he is quite active on social media. He uses Instagram, Facebook, and Twitter as well. On Instagram, he has 51 K followers. He has 155 followers on Twitter. He is not active on Twitter any longer. On YouTube, he has 2.36 K subscribers. Although he does not have many videos on his YouTube channel there are still many subscribers. People support and give their blessings to him.