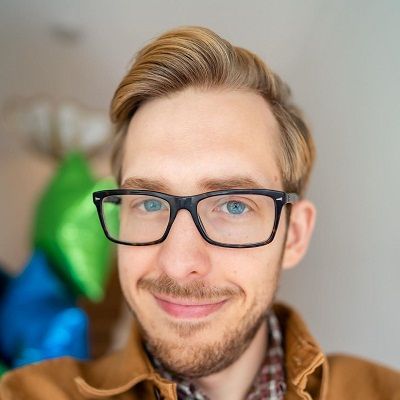 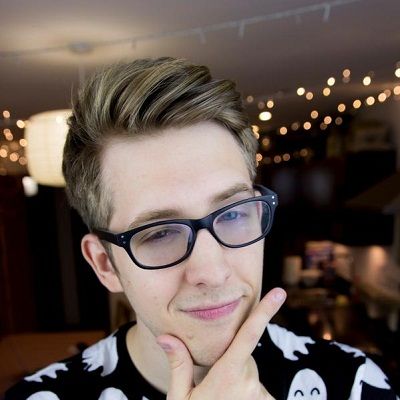 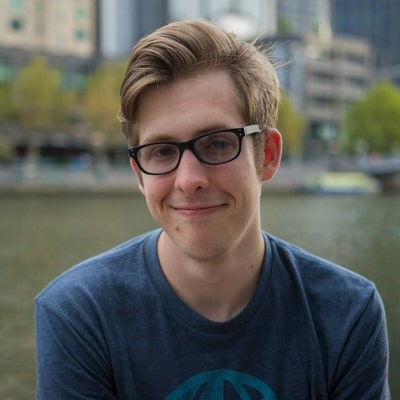 Evan Edinger is an American Youtuber and photographer based in London. Evan Edinger is popular for his “American VS British” series along with his comedic “Puns”, travel, and Q&A videos on his social media accounts.

Evan Edinger was born on July 29, 1990, and he is currently 32 years old. He is originally from Southern New Jersey and he grew up in Deptford. Talking about his family, he has two brothers.

Moreover, his parents divorced when he was 16 years old and hence he moved to a little farm town with his mother. Sadly, his father has passed away and he shared this news in a video posted on 6 November 2016.

Likewise, Edinger played the clarinet in the concert band in middle school. He also appeared in a few musicals. He also loved camping and had reached the rank of Eagle Scout.

Further, as a Boy Scout, Edinger met President George W. Bush and also got a signed letter from President Barack Obama. Moreover, he didn’t drink alcohol till he was 21 years old and he doesn’t smoke either. 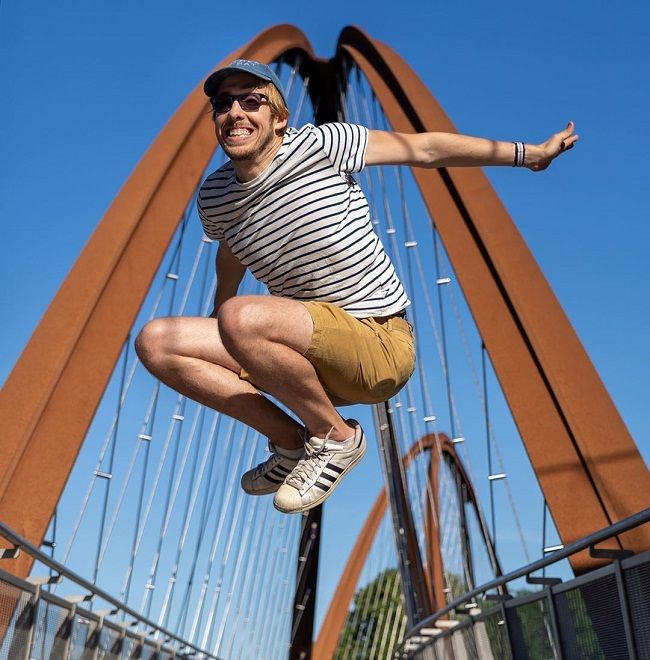 Regarding his educational journey, Evan is an alumnus of Rowan University. He has shared quite a detail about his student life through his social media posts. He almost always got an ‘unsatisfactory social skills’ remark from teachers though he was a good student in school. It was because of his habit of blurting out in class.

In the third grade, he took an IQ test and was subsequently placed in a ‘Learning Enrichment Acceleration Program’. This program required him to read extra books for two periods each day and do extra homework. Likewise, he loved these sessions as they helped him develop an interest in reading and math.

Further, he completed his Associate of Arts degree from Salem Community College, New Jersey in the year 2010. After this, he went on to graduate with a Bachelor’s degree in Mathematics from Rowan University in the year 2012.

Further, he wanted to teach math because he thinks that those who don’t love the subject probably had a bad teacher. However, he later realized that he also needed a degree in Education to be a teacher, but decided that it won’t be worth his time and money. Instead, he was advised to pursue a Master’s degree in Actuarial Science.

Unfortunately, he was late and could only apply to two colleges, one in the UK, and another in Boston. The college in the UK was the cheaper and quicker option of the two, which prompted him to relocate to London, England to study at Cass Business School.

However, he was pleasantly surprised by his experience in the city and decided to extend his visa again and again even after completing his studies and taking up jobs there. He now intends to pursue further education in Germany, for which he has already begun learning the language.

Professionally, Evan Edinger is a Youtube content creator most famous for his “American VS British” series. He also shares comedic “Puns” to travel and Q&A videos on his self-titled Youtube channel.

He created his channel on June 24, 2006, but started posting videos in 2010. So far, this channel has earned over 88 million views and 619K subscribers. When he started being active on Youtube, he was still a college student at Rowan University. He was largely inspired by the work of Charlie McDonnell (“Charlieissocoollike”) and Ray William Johnson.

Further, he did live shows on BlogTv for some time in the year 2011. He is also very fond of pulling off childish pranks and loves to share dad jokes and embarrassing stories according to his YouTube description. Moreover, it is an accepted fact that he uses too many puns in his videos, and hence he now owns a company for his YouTube business called “Puns LLC”.

He currently uploads videos every Sunday with a monthly Q&A video. He also has a second channel “EvanEdinger” and he uploads many of his travel vlogs on this channel. 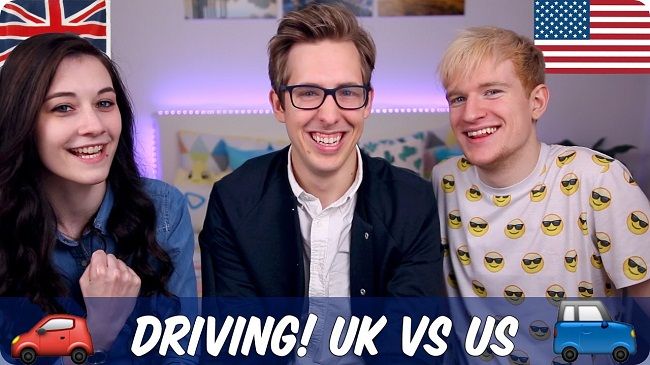 Edinger used the pseudonym “naveregnide” before changing it to his full name. “naveregnide” is his name spelled backward. He initially started to make YouTube videos for fun and also worked in marketing.

During the time he started Youtube, he had broken up with his first girlfriend and took up a few hobbies to keep himself occupied. His hobbies include playing the guitar. After realizing that his MacBook Pro had video editing software, he began filming videos for YouTube.

He initially gained attention for his video series ‘Uh-Oh Evan’s Got An Opinion. Then he began uploading song covers in 2011 and later went on to create vlogs and sketch comedy. Also the same year, he went to his first VidCon for his birthday and met a bunch of other YouTubers.

But it is only after he moved to London for studies in 2012 that his YouTube career took a sharp turn. He made friends with several British YouTubers and became a member of the community despite being an American. 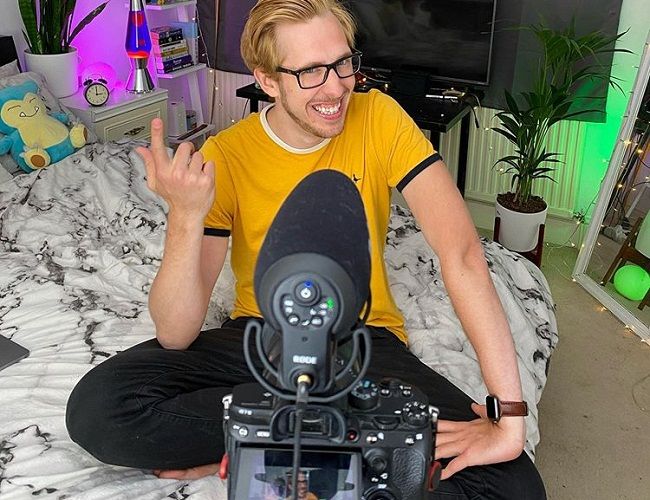 Caption: Evan Edinger is ready to shoot for a video. Source: Instagram

Furthermore, Edinger has earned over 619,000 subscribers on his main channel and 132,000 on his travel channel. In total, Edinger has posted over 700 videos across both channels.

Then in January 2020, Edinger was one of eight social media influencers that took part in the 2020 MSC World Cruise. However, it was canceled halfway through due to the outbreak of the coronavirus. As of May 2020, he is among the many YouTubers financially affected by Covid-19, having experienced a 50% drop in Adsense revenue.

Moving on, he has a net worth estimation of approximately 211,000 dollars. He might earn through his Youtube videos, collaborations, partnerships, etc. He has published over 400 videos which all together add up to more than 80 million views. Edinger creates on average 5 new videos every month earning 143k video views and 414 new subscribers every day on his main Youtube channel. 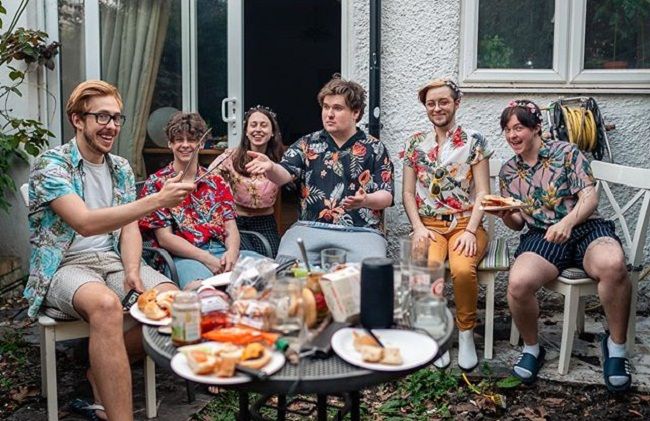 Caption: Evan Edinger posing for a photo with his housemates while enjoying a barbeque. Source: Instagram

Talking about Evan Edinger’s sexuality, he identifies as being on the asexual spectrum, near demisexual. He informed his fans about this in January 2015 and later in November of the same year, he was dating an American girl he found on Tinder. However, the girl would go back to America in a couple of months.

When Edinger was in the eighth grade his father promised to buy him a GameCube if he went to the school dance. His father did so after realizing his lack of interest in girls.

Talking about his past relationships, his first relationship was at the age of 18, but they broke up after about a year. Since he was roommates with YouTube Musician Dodie Clark, many fans speculated that they were romantically involved. However, this was not true and hence it was only a rumor. They are very good friends!

Evan Edinger stands tall at a height of 6 feet 4 inches or 1.93 meters. Other than this, he has not shared exact details about his other body measurement stats like weight, chest-waist-hip measures, biceps, dress size, shoe size, etc. Likewise, he has blue eyes and blonde hair color.

Talking about his social media presence, Evan Edinger joined Twitter in April 2009 and so far has over 251k followers on his @EvanEdinger account. He goes by @evanedingeron Instagram and @EvanEdinger on Twitch.

On Instagram, he has shared 2,084 posts and earned 137k followers at the time of writing this biography. Likewise, he has earned 4.1K followers on his Twitch account. He also created an official Facebook page on August 11, 2010, and has over 40.8k people following his journey.