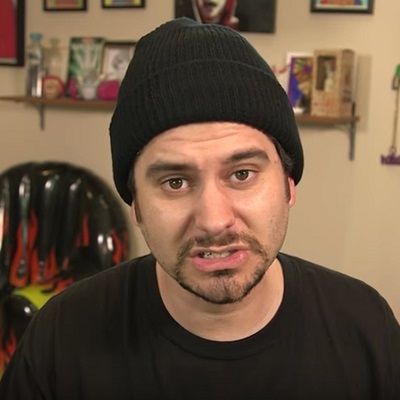 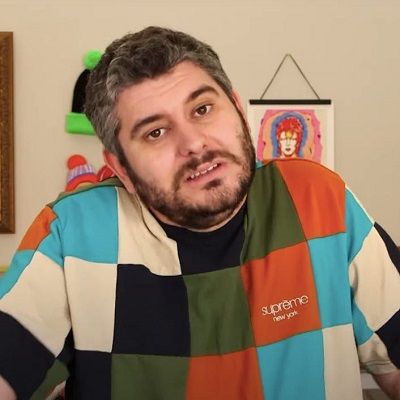 Ethan Klein is an American Youtube content creator. Ethan Klein is known for his prank and comedy videos on the Youtube Channel  h3h3Productions which he runs alongside his wife Hila Klein.

On 24th June 1985, Ethan came into the world with the birth sign of Cancer. He was born Ethan Edward Klein, in Ventura California to mother Donna Klein and Father Gary. The family is an Ashkenazi Jewish descent. Similarly, he is the biological grandson of late American film and TV producer Leonard Katzman.

He suffers from partial Tourette syndrome. Consequently, his eyebrows twitch often. He has even addressed the disorder in her videos. Moreover, he even confirmed being diagnosed with dyslexia in one of his videos. 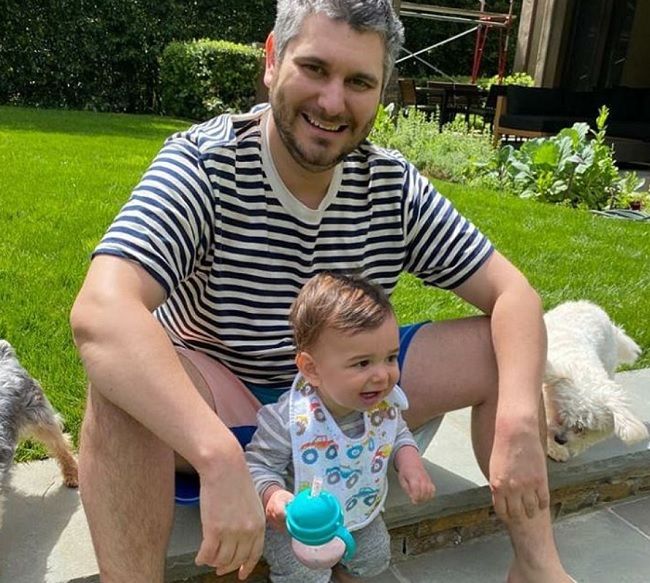 Caption: Ethan during home quarantine with his son
Source: Instagram

Looking into Klein’s educational qualifications, he graduated high school from ‘Buena High School.’ After that, they joined the ‘University of California’. Here he studied English Literature and graduated with a BA degree in Creative writing in 2019. Moreover, he also earned a place on the ‘Dean’s Honor List’ when he graduated

Before being engaged in Youtube, Ethan worked as a marketing executive in Israel. Later in 2013 he started creating videos for Hila’s college projects and posted them on ‘YouTube’. Although his channel was created in 2011, it started getting popular after these videos.  Subsequently, he along with his wife started posting more videos. The contents are primarily centered on reaction and sketch comedy. Their video titled ‘VAPE NATION’ is the most popular reaction video on the channel with over 20 million views.

Following the success of ‘h3h3Productions’, he and Hali started a second channel. It was initially named ‘h2h2Productions’ but now is called ‘Ethan and Hila.’ Similar to the primary channel, it is centered around reaction and comedy videos. The channel has over 2 million subscribers.

Later in April 2017, Kleins launched his third Youtube channel, H3 Podcast. However, this is quite different from their previous channels. It features live streams covering several controversies. They even feature special guests. Some of the popular guests who have been interviewed on the podcast are PewDiePie, Philip DeFranco, Jordan Peterson, Justin Roiland, Steve-O, Bob Saget, Ninja, and Chris D’Elia, Jake Paul, Bo Burnham, Post Malone, Bill Burr, and Tim Heidecker. The channel has also received over 2 million subscribers.

As people loved the podcast, he decided to serve an extra dose of it to the viewers. That’s why he started a new channel ‘H3 Podcast Highlights’ in August 2017. Here he posts short videos of the podcast. By 2020, the channel has 1.57 million subscribers. With YouTuber popularity, in September 2018 launched the game ‘H3H3: Ball Rider,’ on the ‘App Store’ and ‘Google Play.’ A Canada-based independent video-game development company ‘Outerminds.’ developed this game.

With 9 Years of youtube, he with his wife earned 6.59 subscribers. Besides this in the year 2016, ‘Reddit’ announced h3h3Productions as the ‘YouTube Channel of the Year’. He has achieved a lot of friends and followers that love and support his work

Apart from this, Youtube is a source of his living. With multiple youtube channels, he earns about  83 thousand dollars every month and $1 million yearly. Moreover, his estimated net worth for 2020 is $1.5 million.

Ethan is a happily married man. He first met his wife Hila at the ‘Holocaust Museum’ in Jerusalem. Back then he was traveling in Israel. Soon the two started dating each other. However, after several years of being together, it was only on October 12, 2012, when the two tied knots. Right after marriage, the couple lived in the Florentin neighborhood of Tel Aviv for a few years. Later in April 2015, they moved to LA, USA, and then to NYC in the September of the same year. Subsequently, they moved back to LA in 2016. Besides, they have plans to move back to Israel. 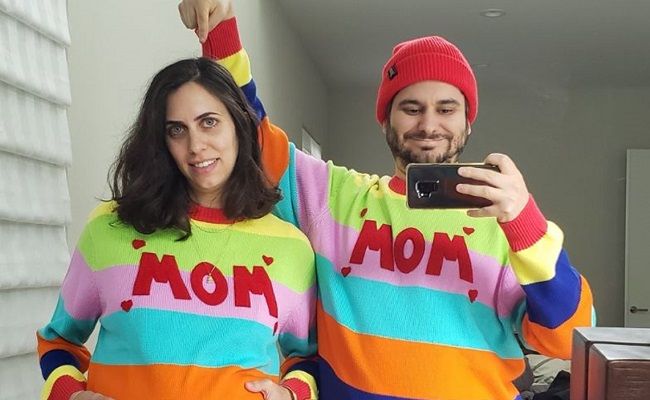 Caption: Ethan and Hila at the 9th month of their pregnancy
Source: Twitter

The couple welcomed their first child in June 2019. The baby boy was named Theodore Yochanan Klein, named after Hila’s father, Yochanan. Moreover, they have two Yorkshire terriers named Shredder and Alfredo that make the family complete

In April 2016, Matt Hosseinzadeh, an Iranian-American YouTuber charged Ethan and Hila with plagiarism. He accused the Klein sprouts of having used a major fraction of one of his videos, without any acknowledgment. Matt even claimed that he initially asked them to remove the content. However, the couple refused to comply.

Soon with support from a fellow YouTuber, Philip DeFranco, Kleins started a fundraiser on GoFundMe. It was intended to help raise money for their legal fees. They received tremendous support from their fans and other fellow YouTubers. Meanwhile. the Kleins even won the lawsuit. On August 23, 2017, he announced the victory through a Tweet.

Moreover, they even deposited the funds they had collected into an escrow account called the “Fair Use Protection Account” (FUPA). The account supports the victims of unfair copyright claims in their legal battles.

Ethan is a tall and fair man with a healthy body physique. He has an average height of 5′ 11′ and weighs around 88 kgs. Similarly, his body figure measures 41-34-38 with 14-inch biceps. Some of his other physical features include black eyes and black hair. However, his hair has started turning gray 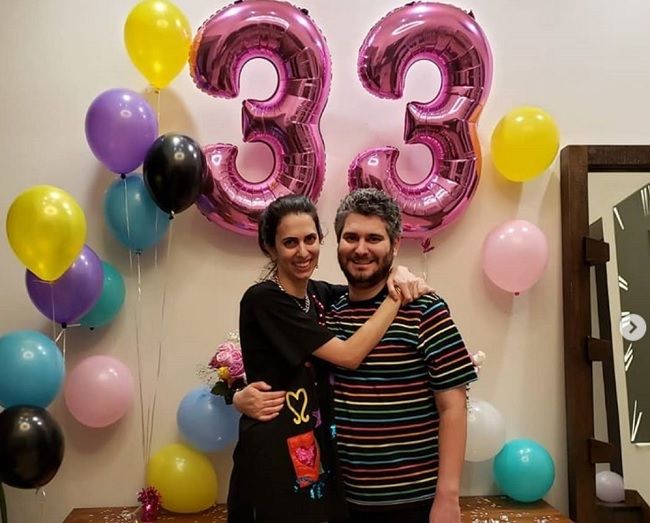 As the founder of  h3h3productions, he handles all of its social media accounts. Here he shares not just his professional life events but also keeps updates about his personal life. He goes by the name 3h3productions on Instagram and Twitter 1.9 million people follow him on Instagram whereas he has slightly higher (2.4 million) followers on Twitter. Similarly, they have a Facebook page for h3h3productions which is followed by more than 440k people.