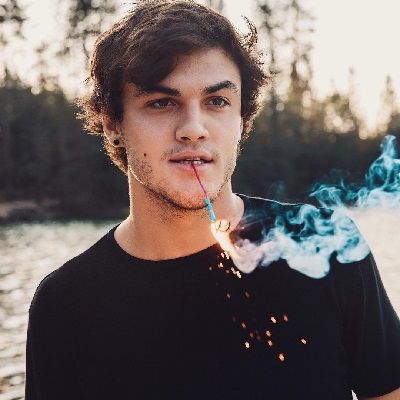 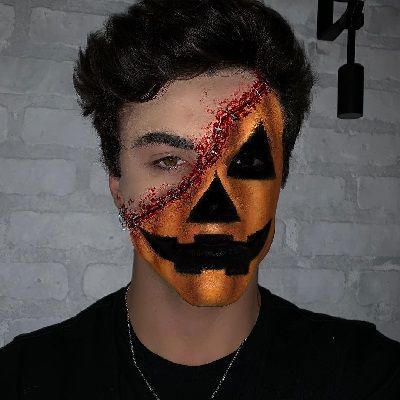 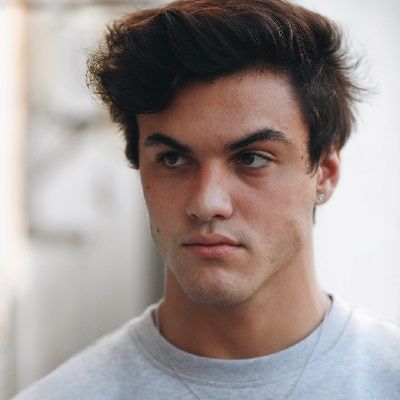 Ethan Dolan is a YouTube star as well as a comedian. Ethan Dolan along with his twin brother Grayson Dolan has been posting many videos on YouTube and Vine. Similarly, he is also a competitive wrestler who has won a wrestling tournament at Madison Square Garden.

Ethan Dolan is 23 years old as of 2022. He was born on December 16, 1999, in New Jersey, the United States as Ethan Grant Dolan. He was born to parents Lisa Dolan and Sean Dolan. Unfortunately, their father, Sean Dolan, died on January 19, 2019, after a two-year battle with cancer at the age of fifty.

For the 20 years old Ethan was even called an E-tee-wee-tee. Furthermore, he grew up with two siblings, a twin brother Grayson Dolan and an elder sister Cameron Dolan in his hometown. 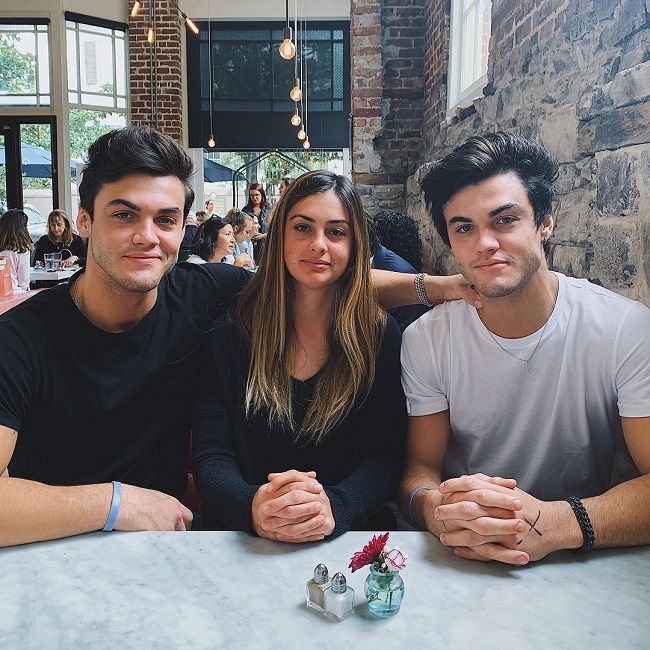 Caption: Ethan Dolan with his siblings in Karaoke (Source: Instagram)

Likewise, he holds an American nationality and his ethnicity is still unknown. Regarding his educational background, there is not any information available regarding it.

Talking about Ethan’s professional life, he began his career by posting a video with his twin brother Grayson on Vin. Then, the duo gained popularity on social media sites.

Likewise, some of his most popular videos include Ethan Gets His Wisdom Teeth Removed, Never Have I Ever, Roasting each other, and much more. In addition, he is also a competitive wrestler.

In September 2017, he along with his brother joined MTV’s TRL. Moreover, he has also been collaborating on many videos alongside Kenny Holland, Amanda Cerny, Jack Dail, Jake Paul, and much more.

On March 27, 2018, the two take a step back from YouTube, through a video on their channel entitled Bye For Now. In that video, they also stated that this is to re-evaluate themselves creatively and look at their lives outside of YouTube. However, after a month later they announced their return on May 1, 2018. They were presented by WME.

In June 2018, they made The Sister Squad with fellow teenage YouTubers James Charles and Emma Chamberlain. They posted simultaneous videos on their respective YouTube channels on June 19, August 28, October 31, and December 25, 2018. That video was featured prominently on YouTube Rewind 2018. Also, The Sister Squad got a nomination for a 2019 YouTube Ensemble Shorty Award.

In June 2019, their YouTube channel has earned the YouTube Diamond Play button bypassing ten million subscribers. On October 8, 2019, he along with his twin uploaded a sixty-minute video to their channel titled “It’s Time To Move On…”. In the video, the twin describes in what is mostly an interview format with fellow YouTuber Shane Dawson the grief and stress of their father’s death.

Also, they tried to change the content of their channel and end posting every Tuesday, as has been the case since starting their channel in 2014, to a more flexible posting schedule. 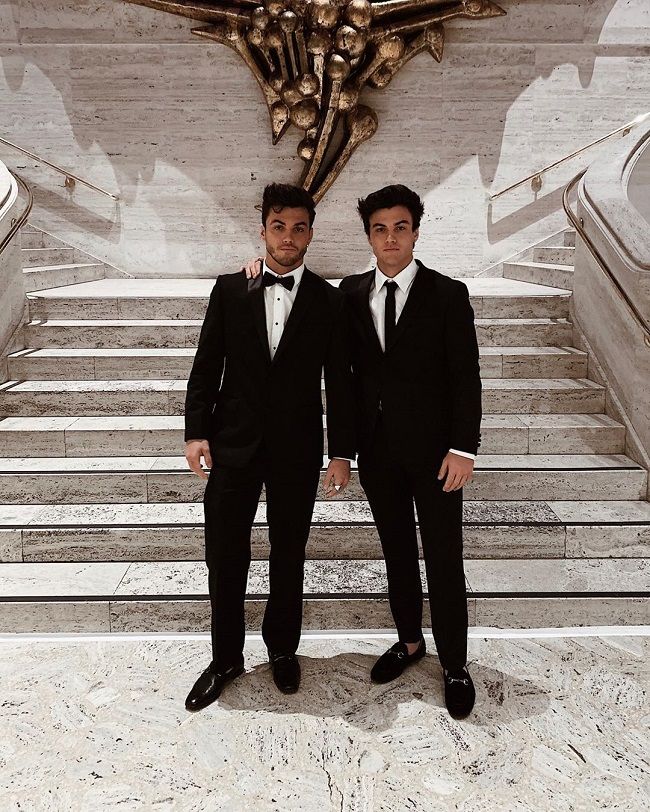 Ethan Dolan with his twin brother attending a party in a simple boring tie (Source: Instagram)

He along with his Twin brother got added by MTV’s Total Request Live reboot to the show’s lineup as a correspondent, and also provide on-air hosting duties across platforms. The life was issued in August 2018 that the twins had directed a music video for the Australian alt-pop group Cub Sport.

Reflecting on his awards, young Ethan along with his brother Grayson has won a couple of awards like Choice Web Star: Male and Choice YouTuber, Choice Comedian, and so on.

Handsome and talented Ethan has earned a decent sum of money through his YouTube career along with his twin brother. Similarly, his estimated net worth is around $1.15 million.

Reflecting on Ethan Dolan’s relationship status, he is rumored to be in a relationship with Emma Chamberlain. They both look very cute with each other. Likewise, they keep on posting cute videos on YouTube. 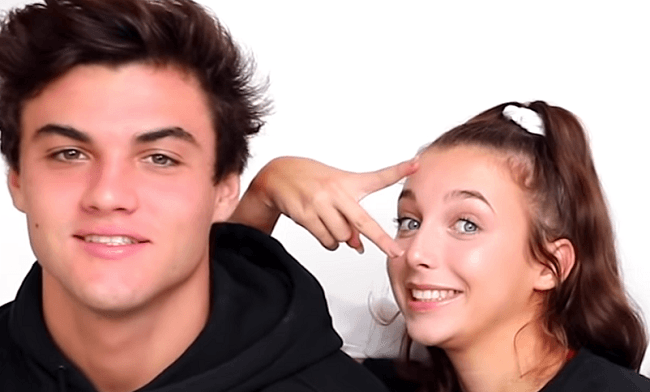 Moreover, he has been about Meredith Mickelson previously. In 2015, there was a rumor that the duo started dating each other. However, they broke up with each other.

There was a rumor that Ethan and his twin brother Grayson kicked out Nate Garner from their tour. However, they later clarified that he had been in a fight with fellow tour-mate Alex Aiono. Apart from that, he has never been through any controversy or rumors currently.

He has a perfect body with a towering height of 5 ft 11 inches and weighs around 73kg. In addition, he has beautiful brown hair and black hair. Likewise, he has a chest, arms, and waist measuring 40 inches, 14 inches, and 32 inches respectively. 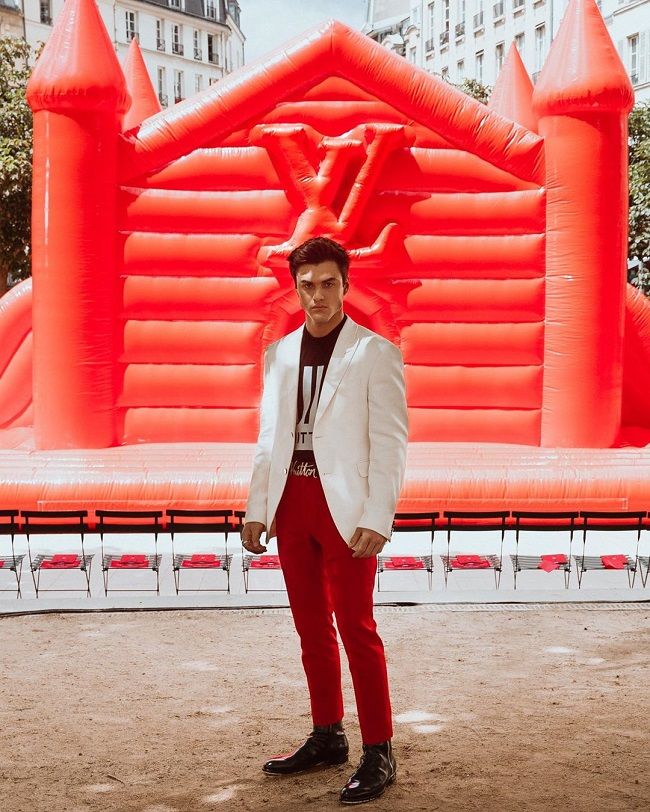