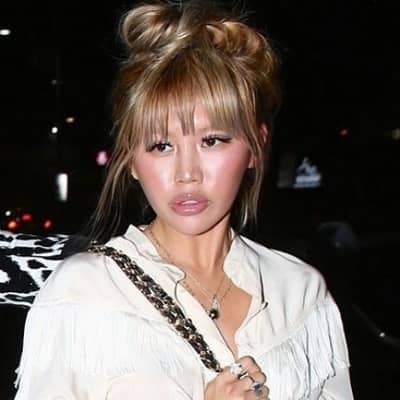 Erika Koike is an American professional makeup artist and celebrity ex-wife. Erika Koike is famously known for working in the makeup department in a short drama-horror film titled ‘Hankikanto’.

Erika Koike came to the world in the year 1983 in the USA. Her age is 40 years old as of 2022 but her birth sign is unknown as her exact birth date is missing. Moreover, she is of Asian-American ethnicity.

Her parents’ names are unknown. There are no details regarding her educational journey. Her parents own a chain of restaurants called ‘Jasmine Thai Cuisine’ in Southern California, USA.

She first worked as a waitress in her parents’ restaurant before shifting her attention toward becoming a professional makeup artist. She loves traveling, shopping, and listening to music.

Speaking of her career, she worked as a waitress in her parent’s restaurant. Erika Koike got the chance to work in the makeup department of Katja Niemi-directed Finnish short film ‘Hankikanto’.

She has worked on several projects such as fashion brands and movies. Although, there is no information about when she started her career as a makeup artist.

Furthermore, it was her relationship with the world-renowned actor Nicolas Cage that increased her popularity. The two were first seen together when they attended one of Carrot Top’s shows in June 2016.

Cage just got separated from his third wife at the time. And, in April 2018, she and Cage were again spotted together in San Juan, Puerto Rico. There, Cage was filming for one of his films titled ‘Primal’.

And, in the following month, they were seen dining together at a popular restaurant in Los Angeles. 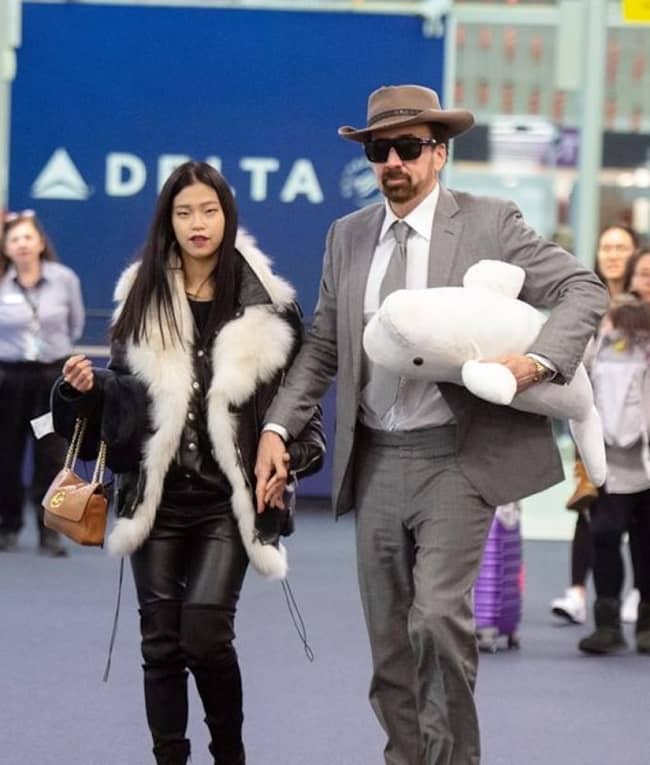 Erika Koike and Cage were spotted in the public. Source: Extra

Erika Koike came to the spotlight when she began dating Nicolas Cage. She came into the headlines on 23 March 2019, when Cage applied for a marriage license, listing her as the second party in Clark County, Nevada.

They tied the knot at ‘Weddings at Bellagio’ in ‘Bellagio Hotel and Casino,’ Las Vegas. Likewise, on March 27, 2019, Cage caught everyone by surprise by filing an annulment to end his marriage with her.

Likewise, according to the records maintained by a court in Las Vegas, Cage requested the court for a divorce if his plea for annulment gets rejected.

Moreover, Cage was married thrice before marrying her. Therefore, his first marriage to actress Patricia Arquette ended in divorce in 2001.

Then, he married singer-songwriter, Lisa Marie Presley, before divorcing her in 2004. Likewise, his third marriage with Alice Kim ended in divorce in 2016. 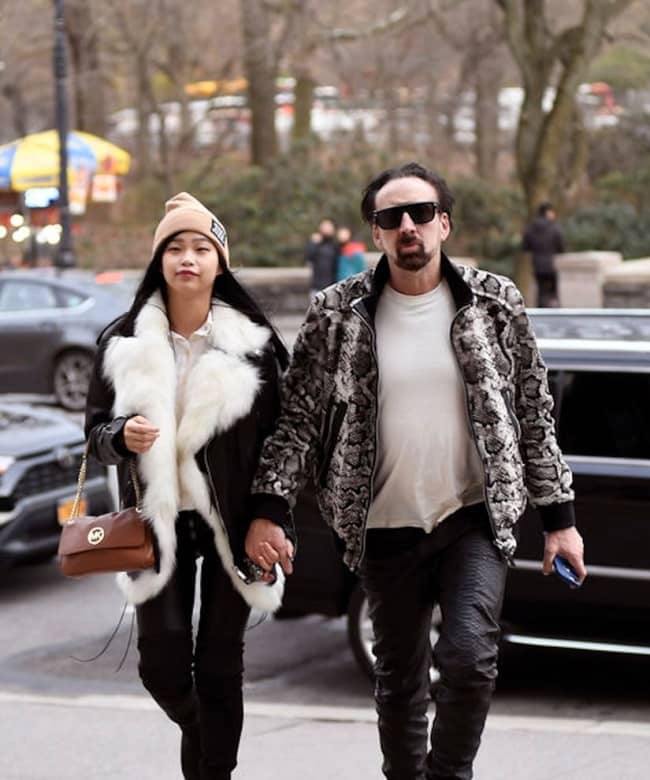 Erika Koike and Cage walk in the street. Source: Extra

She is a gorgeous lady standing at a height of 5 feet 7 inches. She has a matching and suitable weight of around 65 kilos. Likewise, she has a slim and slender body figure.

Therefore, her chest-waist-hip measurements are 34-32-37 inches respectively. Moreover, her bra size is 33B and her shoe size is 7 (US). She has a pretty pair of dark brown eyes and she has brown silky hair.

Therefore, she has great body goals with a charming look.

Despite her high-profile relationship with Hollywood actors, Erika Koike has managed to maintain a low profile. Therefore, she is inactive on social media sites. However, she has never truly exposed her life to the public.

She has worked hard and earned a certain amount of money throughout her career. Her estimated net worth is around $40K. Therefore, her main source of income is her make artist profession.