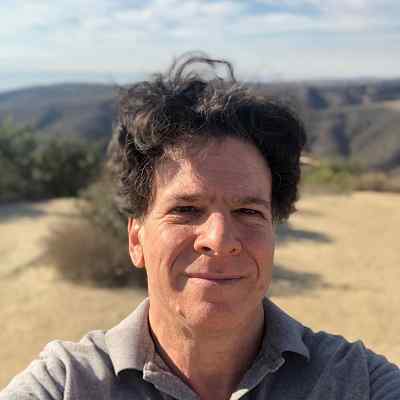 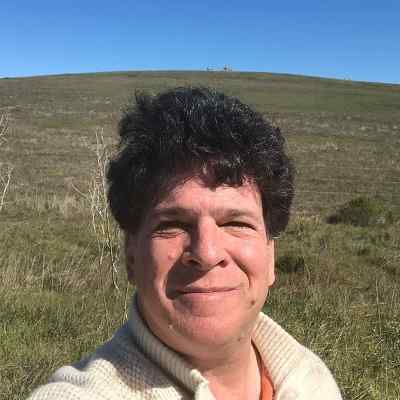 Eric Weinstein was born in Los Angeles, California, USA, on October 18, 1965.  He is 55 years old and is under the zodiac sign, Libra. He holds American nationality. His ethnicity is Jewish-American.

The name and information regarding Eric’s parents are not available until now. However, he has mentioned and featured them in his social media accounts. Likewise, he has a brother whose name is Bret Weinstein. His brother is a well-known biologist. Other than this, nothing much about Eric’s other family members such as his cousins and grandparents are available to date. 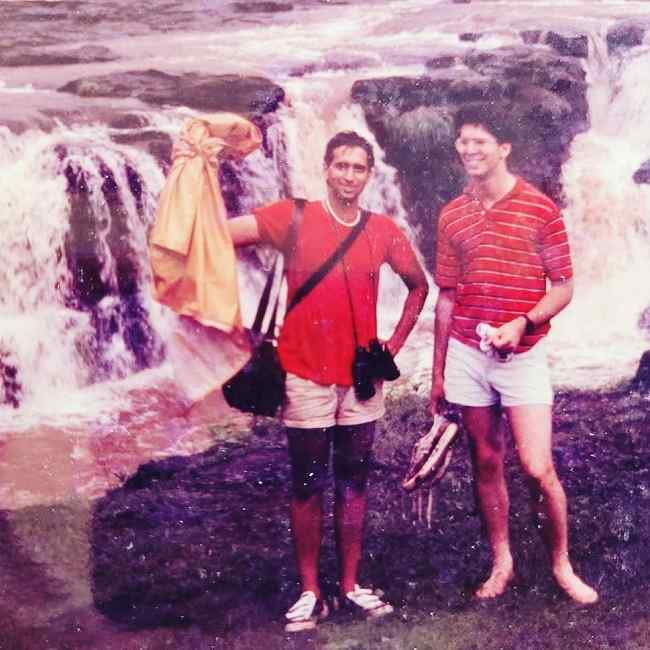 Caption: Eric Weinstein along with his friend when they were young (Source: Instagram)

Eric Weinstein, three years after completing his B.A. and M.A., started a Ph.D. program at Harvard University. He enrolled at Harvard University in Cambridge, Massachusetts from the year 1985 to the year 1992. He graduated with a Ph.D. in mathematical physics specializing in mathematical physics, exceptional algebra, gauge theory, and differential geometry. Moreover, the Ph.D. thesis or dissertation is titled “Extension of Self-Dual Yang-Mills Equations Across the 8th Dimension”.

Eric Weinstein was a post-doctoral fellow at the Hebrew University of Jerusalem in the Ranch Institute of Physics and the Einstein Institute of Mathematics from the year 1991 to the year 1993. Weinstein researched higher dimensional elliptic gauge theories and related topics in the university. Also, he was a co-organizer of the Lie Groups and Physics seminar.

After finishing his post-doctoral studies at the Hebrew University of Jerusalem, he moved to back to Cambridge, Massachusetts. He became an instructor and National Science Foundation post-doctoral fellow in the department of mathematics at the Massachusetts Institute of Technology (MIT). Eric also pursued research into others like mathematical physics, intertemporal economics, scientific labor markets, and differential geometry. Furthermore, Eric Weinstein is a visiting research fellow of Oxford University at the Mathematical Institute.

Eric Weinstein is in Thiel Capital as the managing director at present. In the year 2001, he was able to become the head of research at AdKap LLC. Also, he was able to become a consultant-at-large for Capital Market Risk Advisors to analyze transparency problems associated with hedge funds with illiquid exposure. Likewise, from the year 2000 to the year 2002, Eric acted as an external collaborator for the United Nations and the International labor office.

He even proposed a restructuring of Kuwait’s foreign worker program. And, it is still pending adoption by the U.N. Migrant division, to a ‘permit market’ model designed to solve several problems associated with migrants outnumbering citizens in Kuwait.

A mathematician, Marcus du Sautoy invited Eric Weinstein to come to give a lecture at Oxford University on his theory of the universe. Marcus du Sautoy along with Eric Weinstein knew each other prior to the invitation. They met each other at the lecture invitation in the 1990s during their time at the Hebrew University as postdoctoral mathematical students. Weinstein gave his 2-hour lecture, titled “Geometric Unity” in the year 2013, at Oxford University in the Clarendon Laboratory. Few physicists were present there. Likewise, Eric gave a repeat lecture to get his ideas in front of more physicists at the University.

After the lecture, Eric Weinstein did not offer any published scientific papers and equations supporting his “Geometric Unity” theory. However, he did make claims about how his theory can potentially solve difficult unsolved issues facing the physics community regarding dark, matter, dark energy, and quantum gravity.

Likewise, his theory is based on the naturally occurring geometric symmetry found in the universe and mathematical equations. He theorizes we live in a 14-dimensional universe consisting of three dimensions of space plus one for time. Moreover, Eric Weinstein believes his theory builds on the work of famous physicists such as Albert Einstein, Paul Dirac, and Chen Ning Yang.

Eric Weinstein’s theory of Geometric Unity even predicts the existence of new particles and their mirror particles. That could be the particles that make it possible to accurately account for dark matter. Likewise, a physicist at the University of Oxford, whose name is Joseph Conlon, commented on the new particles not being discovered by experiments at the Large Hadron Collider. He publicly stated “The trouble is that we should already have seen some of Weinstein’s new particles if they exist”.

Likewise, Weinstein believes the academics community responded poorly to his Geometric Unity lecture. As they “subscribe to a rubric, which is ‘paper or it didn’t happen. In other words, ‘put up or shut up’ give us a paper or it didn’t happen””. And, when commenting on why a paper is not yet published, he replied the following during a conversation he was having on episode #1320 the Joe Rogan Experience Podcast. 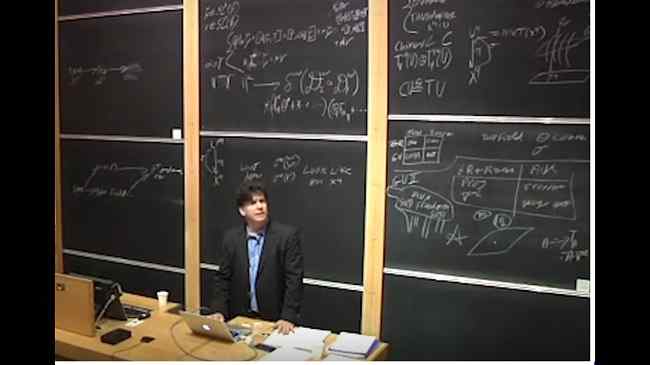 Within Economics, Eric Weinstein focused on a variety of topics with an emphasis on foundations. He introduced Gauge Theoretic methods into neo-classical theory along with Co-author P. Malaney in the early 1990s. Not long ago, Eric called for an Economic Manhattan Project to return the field to sound fundamental. Thinking along with the stated goal of making it interoperable along with its related scientific sibling subjects. Weinstein co-organized the Perimeter Institute conference on Economics to this end during the financial crisis in the year 2008. By bringing together experts from a variety of fields to focus on improving the scientific status of economic theory.

Likewise, in Finance, Eric Weinstein’s research along with A. Abdulali on valuation perversities for Mortgage-Backed Securities appeared in Risk in the year 2002. It was among the earliest to call attention to the dangers posed by such illiquid securities in the literature. His work has taken the form of economic history in the area of scientific innovation. Laying much of the responsibility for the problems in attracting Americans to Engineering and Scientific careers at the doorstep of leading scientific organizations engaged in the manipulation of labor market signals to trainees and entrants. Moreover, Dr.Weinstein’s 2002 paper published in the ILR constructed a canonical Coasian market solution to problems of immigration.

Eric Weinstein coined the term “Intellectual Dark Web” after The Evergreen State College fired his brother, Bret Weinstein. Because of Bret’s response to a campus controversy. And, this term is used to describe a number of academics and podcast hosts.

Eric Weinstein married Pia Malaney who is also an economist. They have a son and a daughter and their names are Zev Weinstein and Naila Weinstein respectively. Eric has shared pictures of his wife and his son on his respective social accounts. 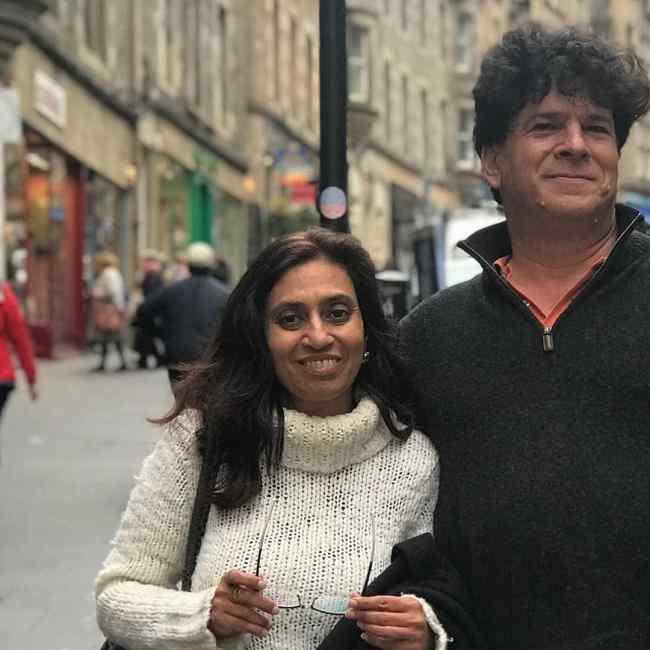 Eric Weinstein has a height of 5 feet 9 inches and his weight is 70 Kg. Focusing on his other body measurements such as his chest size, waist size, hip size, and bicep size, are unknown at the moment. Moreover, Eric has black hair and dark brown eyes.

Eric Weinstein is pretty active on all of his social accounts. He owns an Instagram account under the name “@ericrweinstein” and is a verified account as well. He has 75.2K followers on his account. And, Eric has shared 166 posts on his Instagram page.

According to whattheirnetworth, Eric Weinstein has a net worth of $10 million. His main income source is his career as being mathematician, financial manager, published economist, and commentator.