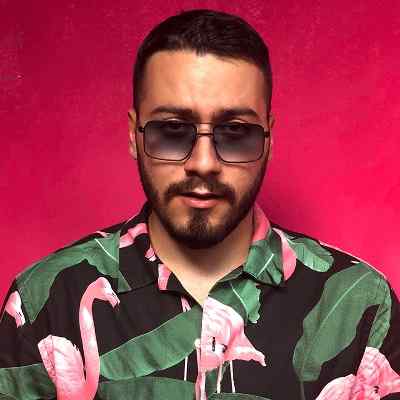 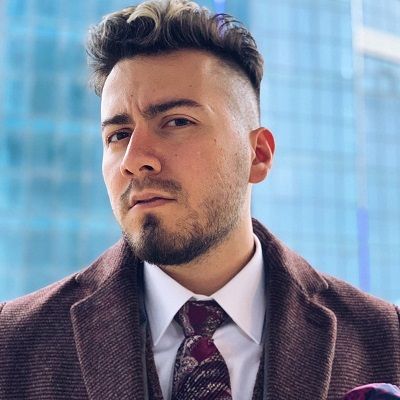 Enes Batur is a Turkish YouTube gamer as well as a vlogger under the channel NDNG – Enes Batur. Enes Batur posts Let’s Plays, challenge videos, and other vlogs on his extremely popular self-titled vlog channel.

Enes Batur is 24 years old. He was born on April 9, 1998, in Antalya, Turkey under the astrological sign Aries. There is no information regarding her parents and siblings. Likewise, he belongs to the Turkish nationality and ethnicity of Turkic.

Talking about Enes’s professional life, he launched his YouTube account back on November 18, 2012. He is an extremely popular and successful gamer from Turkey. He rose to fame for his various gaming videos Let’s Plays, challenge videos, and other vlogs. Currently, his self-titled YouTube channel has amassed almost 7 million subscribers and crossed 2.8 billion views.

His oldest video till date “Minecraft-Hunger Games(Açlık Oyunları) Enes Oynuyor Bölüm 1” posted on January 20, 2013.This video has got over 2,122,291 views. Since then he is also famous for streaming on his popular “enesbatur” Twitch channel as well. Likewise, his Youtube series are Bir Gün Geçirmek (24 Saat), Sona Kalan Kazanır, #DoğayaKarşı, HerşeyEvet, #ArabaAvcısı, CHALLENGE, #İşBudur, and #ManyakDeney.

One of the most viewed videos on his channel is “Enes Batur – Dolunay (Official Video).” This official video on the channel premiered on December 20, 2019, and has got over 84,567,222 views.

Some of the other notable videos on the channel are “STAY WHERE YOU ARE (“Hayal mi Gerçek mi” Movie) – Bad Enes Batur Diss Song” with over 67M views, “Fall of Youtubers / Despacito parody” with over 49 million views, “Aleyna Tilki ”You Be at least” Parody” with 43 million views, “Ed Sheeran “Shape of You” PARODY” with over 39M views, “Enes Batur: Hayal Mi Gerçek Mi ? – Fragman” with over 36M views, “LİFE HACKS” with over 21M views and more. Usually, his videos crossed millions of views.

Besides his main Youtube channel, he has created another vlogging channel under the username Enes Batur 2 on November 10, 2013. He has just posted videos on the channel till now. He posted his first debut video titled “ENES BATUR HAYAL Mİ GERÇEK Mİ? – Teaser” on December 22, 2017. Since then, he keeps on posting the video till now.

On this channel, he has posted only eight videos and has earned over 19 million views and 1.08 million subscribers. Additionally, he has also endorsed a couple of famous and luxurious brands like HP, Vodafone, ASUS, and more.

Apart from his Youtube carer, he has also acted in his first movie, Enes Batur Hayal mi Gerçek mi?. In this movie, he played the leading role costarring with Ceyda Düvenci and Bekir Also. The movie was released on 19 January 2018. Likewise, in 2019, he also appeared in Enes Batur: Gerçek Kahraman.

Concerning his discography, he released his single “Sen Yerinde Dur (feat. Kaya Giray)” in 2018 and his own movie soundtrack “Dolunay” in 2019. 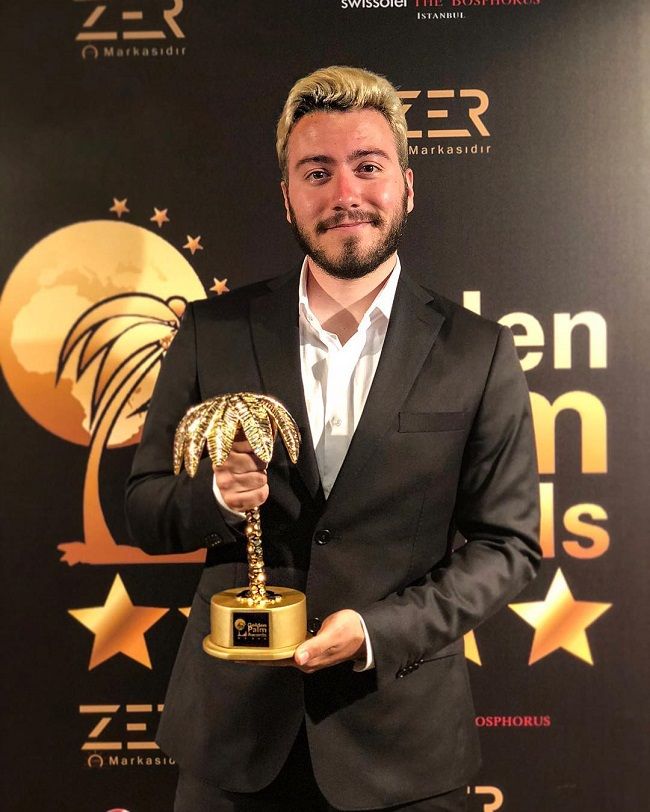 This talented personality has won several awards throughout her social media career. In 2017, he earned the first-ever Best YouTuber/Instagrammer Award at the 44th Golden Butterfly Awards. Though the organization later took the award back. Similarly, in 2018, he won the Social Media Phenomenon of the Year award at the 5th Golden Palm Awards. As of June 2020, he owns the most-subscribed personal YouTube channel in Turkey with over 13 million subscribers, through which he uploads a variety of videos.

Speaking on Enes Batur’s earnings, he is a famous YouTuber and gamer who has earned a decent sum of money. He has gained a staggering amount of money from his videos as well as sponsorship. 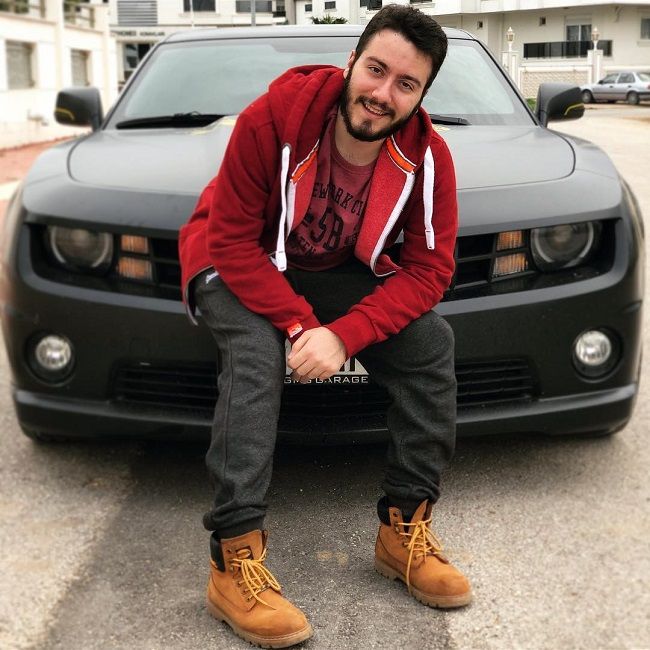 Looking at his Youtube statics, he has published 1,831 videos which all together add up to more than 5.9 billion views now. He creates 8 new videos every month on average on his TR YouTube channel.

Likewise, his estimated net worth is around 22 million dollars as of April 2020. He is living lavishly with his good fortune.

Reflecting on Enes Batur’s personal life, he is single currently. He has not married yet. Likewise, he has not opened up about his relationship on his social media handles. And he seems to be enjoying his single life.

However, he faked being married on Instagram. On 22 May 2019, he noted the day and married a girl named Damla Aslanalp. He also posted the wedding photographs on his Instagram handle under the username @enesbatur0. He stated beautiful words being very thankful to bring joy in his heart, beauty to the world, and love to his life. Nonetheless, it was not true. 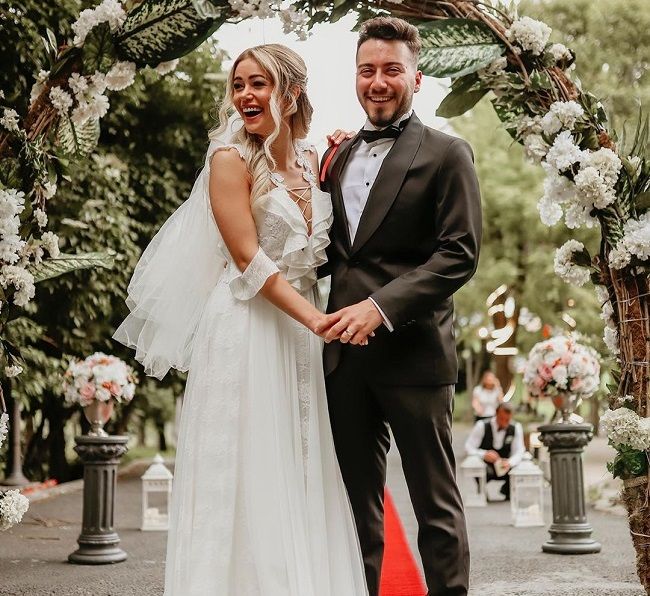 Likewise, his fan followers did not believe it yet and considered it as an advertisement for his new film. In June 2019, he confirmed the rumors through a live video on Instagram and said that the marriage was fake. It was for his film.

Enes Batur got allegations of copying famous YouTubers and channel termination threats. On August 4, 2019, he was accused by the YouTuber JT through a video that exposed him of copying several YouTubers such as PewDiePie and MrBeast. The Youtuber JT also alleged that he copied PewDiePie’s Minecraft series by posting a thumbnail same as PewDiePie’s and acted everything as PewDiePie did.

After that, he also released a copyright strike, saying it used his audio despite JT muting out his audio. Though the strike was later overturned, JT wanted his channel terminated as he violated YouTube’s copyright claim system. Later he blocked users who had questioned him about the allegations on his social media pages. However, the allegations continued after his channel was featured on YouTube Rewind 2019 despite the violations JT listed.

Furthermore, he is currently controversy-free and has been maintaining a clean profile on social media handles.

HHandsomeEnes Batur has good height with fit body physiques.  He stands at a height of 5 feet 9 inches and weighs around 75 kg. Likewise, he has a pair of attractive brown eyes and black hair color. Apart from that, there is not any information regarding his other body measurements, shoe size, dress size, etc.