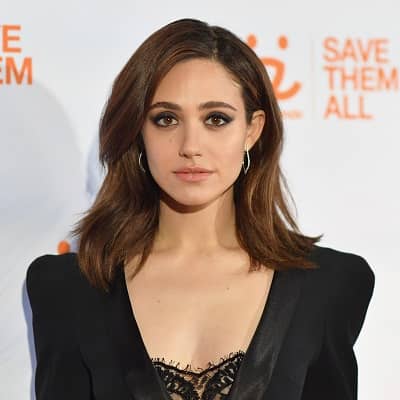 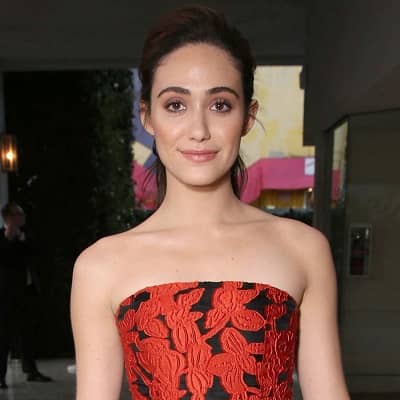 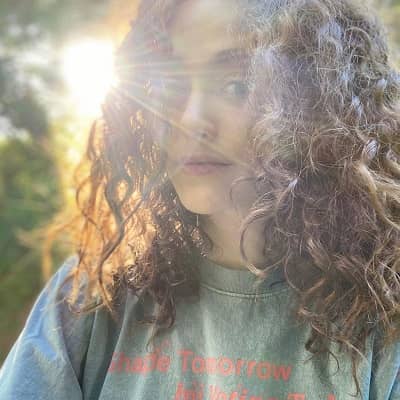 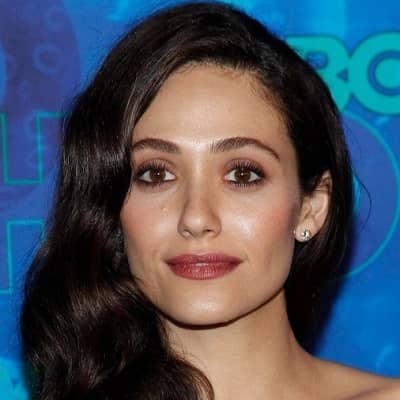 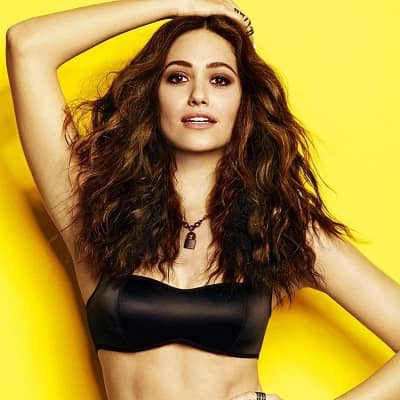 Emmy Rossum is a famous American actress, singer, songwriter, and advocate. Emmy Rossum gained fame with films and TV series like Shameless, Mystic River, The Day After Tomorrow, and The Phantom of the Opera among many others.

Emmy Rossum was born on September 12, 1986, and she is currently 34 years old. Emmy hails from Sunset Park, Brooklyn, and her zodiac sign is Virgo. Likewise, her full name is Emmanuelle Grey Rossum. Talking about her family, Emmy’s mother is Cheryl Rossum, a corporate photographer. Emmy’s parents separated while Cheryl was pregnant with Emmy. As of 2007, Emmy met her father twice. After her parents separated, Emmy grew up with a single mother.

Moreover, Emmy’s mother is Jewish whereas her father is a Protestant. Her mother is of Russian and Jewish descent while her father is of English and Dutch ancestry. Talking about Emmy’s religion, she identifies as Jewish.

Further, Emmy was named after her great-grandfather. His first name was Emanuel and Emmy’s first name is also the same but using the feminine spelling. Emmy is a relative of designer Vera Wang. It was after Emmy’s cousin – Arthur P. Becker – married Vera Wang. Emmy’s cousin is an investor and real-estate developer. 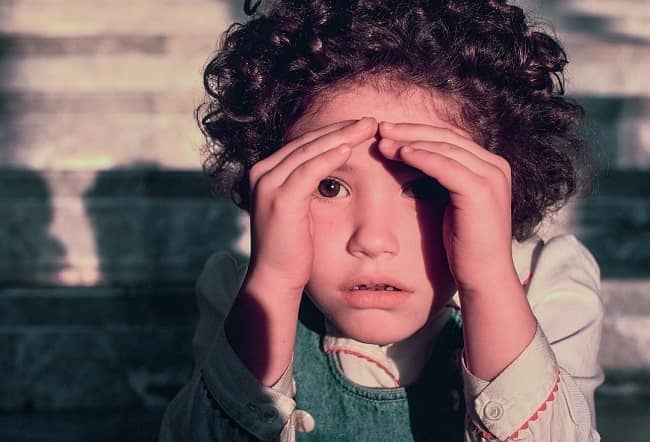 At the young age of 7 years, chorus director Elena Doria welcomed Emmy Rossum to join the Metropolitan Opera Children’s Chorus after the latter sang Happy Birthday in all 12 keys. During the next five years, Emmy sang onstage with the chorus. She also had the opportunity to perform with singers including Plácido Domingo and Luciano Pavarotti.

Additionally, Emmy sang in six languages in 20 operas for anywhere from $5 to 10 a night. Some popular operas she performed include Turandot, La bohème, A Midsummer Night’s Dream, and a Carnegie Hall presentation of La damnation de Faust. 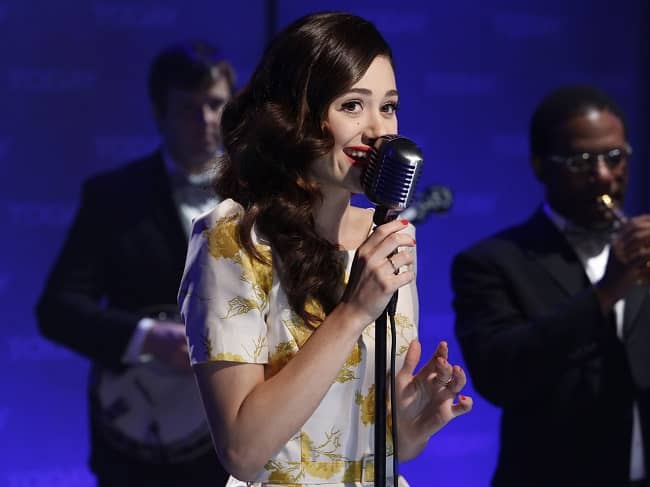 Talking about her educational journey, Emmy attended the Spence School. It is a private school in Manhattan. However, she dropped out of school to focus on her career. Emmy later completed her high school diploma at the age of 15 years through online extension courses. These courses were offered by Stanford University’s Education Program for Gifted Youth (EPGY).

Professionally, Emmy Rossum is a famous actress, singer, and songwriter. The actress gained immense fame for playing the role of Fiona Gallagher in the TV series Shameless. In the year 2003, she starred in Mystic River and gained initial fame as an actress. While writing this biography, Emmy has appeared in 19 films and 14 TV series. She recently played the titular role of Angelyne in the TV series of the same name. For this project, Emmy also worked as an executive producer.

Likewise, Emmy has appeared in The Day After Tomorrow and as Christine Daaé in The Phantom of the Opera. Then in the year 2007, Emmy released her debut album, Inside Out. She then released a Christmas EP called Carol of the Bells in the same year. Later in 2013, Emmy released a follow-up album, Sentimental Journey. 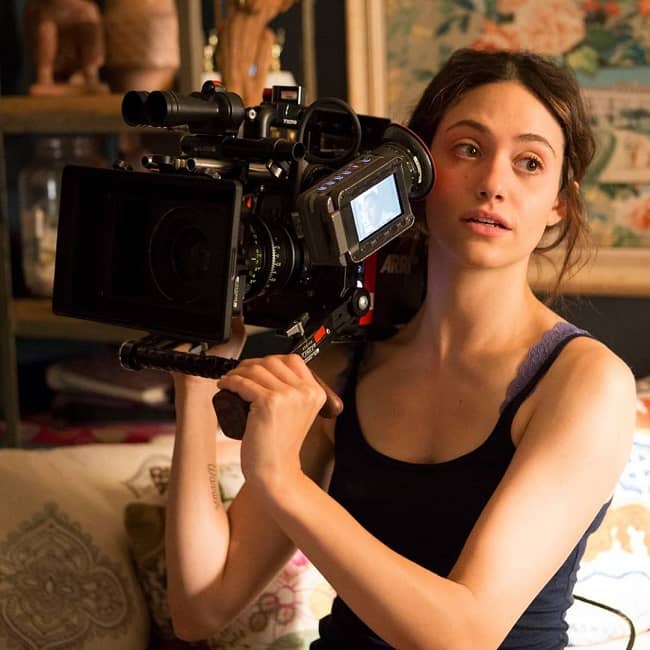 Besides being an actress and singer, Emmy Rossum is also involved in charity work and advocacy. She was an ambassador for YouthAIDS. Then in 2008, Emmy became the spokesperson for Pinkitude. It is an apparel line inspired by the Pink Panther character and it helps raise breast cancer awareness. A year later, on May 26, 2009, Emmy attended a march in West Hollywood California. This was the march for protesting the California Supreme Court’s ruling to uphold Proposition 8.

Moreover, in the year 2010, Emmy appeared in public service announcements for the Natural Resources Defense Council (NRDC) Action Fund. The actress also works with Global Green USA to help raise money for environmental protection and awareness of ecological issues. Fairly recently in 2015, the actress campaigned with the Best Friends Animal Society and worked on encouraging people for animal adoption.

Emmy Rossum was married to Justin Siegel. The lovers tied the knot on February 17, 2008. However, Justin filed for divorce on September 25, 2009. Their divorce was finalized on December 28, 2010. Later in August 2015, the actress had her engagement with Sam Esmail. Sam is a writer/director and the two had been dating for two years. Emmy and Sam tied the knot on May 28, 2017. They had their wedding ceremony at a Reform synagogue in New York City. 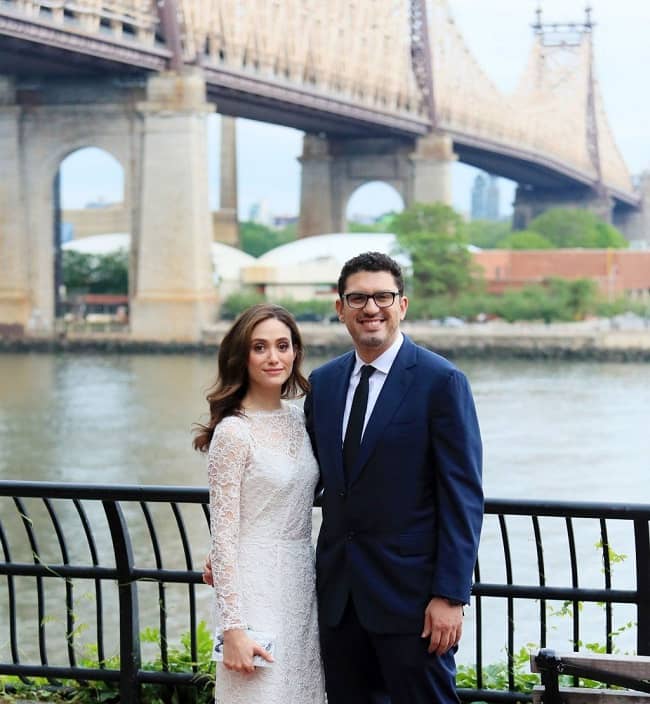 Emmy Rossum stands tall at an approximate height of 5 feet 8 inches or 1.73 meters and her weight is around 121 pounds or 55 kgs. Likewise, the actress has a chest-waist-hip measurement of 32-23.5-34 inches respectively. Further, Emmy has dark brown eyes and hair of the same color.

Talking about her Emmy Rossum joined Twitter in March 2009 and so far has over 865.7K followers on her @emmyrossum. Likewise, she goes by @emmy on Instagram and has garnered over 3.6 million followers. The actress also has her own website and an account on Tumblr. Other than this, the actress doesn’t have an official account on other platforms like Facebook, Tiktok, Youtube, etc. Moving on, Emmy Rossum has a net worth estimation of approximately $12 million US dollars.