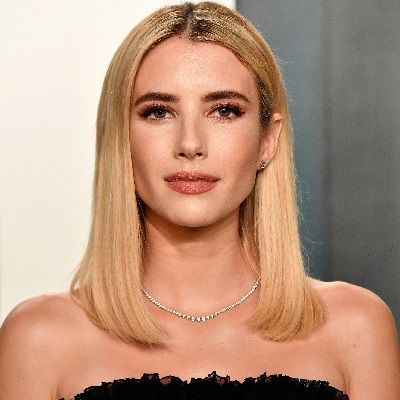 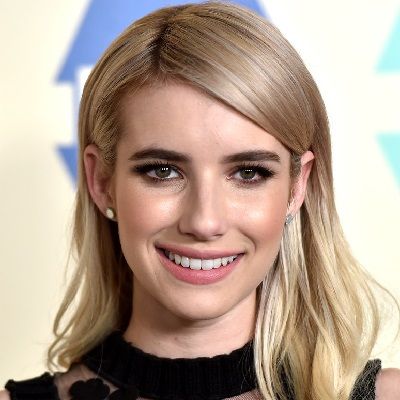 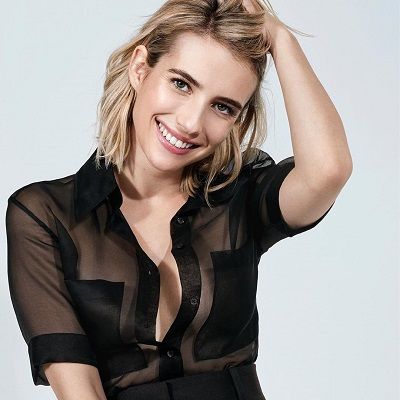 Emma Roberts is currently in a romantic relationship with Garrett Hedlund. Garrett is an American actor, model, and singer. His films include Friday Night Lights, Troy, Four Brothers, Eragon, Country Strong, Tron: Legacy, On the Road, Inside Llewyn Davis, Unbroken, Pan, Mudbound, and Triple Frontier. In June 2020, the couple made an announcement that they expecting their first child. 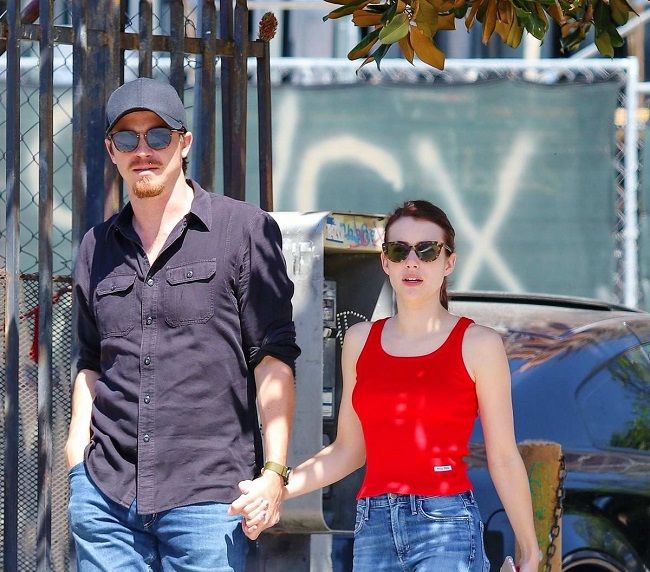 It is unclear exactly when the couple started dating each other but there are reports stating that they have been together since April 2019, nearly a year ago. However, not much is information is available regarding the current couple’s dating life. There are very few paparazzi shots of the lovers strolling the streets of New York together but she, 29, and Garrett, 35, seem to be going well.

Rumors first began swirling that these two were an item a few months prior to the confirmation. But the media had approximately zero confirmation. Since then, there have been very few sightings of these two together, not to mention the barely-there social media appearances. They also haven’t even walked the red carpet together, which is very unlikely of the celebrity couples.

As some sources stated, she and Garrett started spending time together in various social settings, before things began to turn romantic. Since then, they have gone on a few casual dates and are exploring a relationship, but it is definitely not anything serious yet” as the source mentioned in the article in March 2019.

She also was a couple with Evan Peters from 2016 to 2019. The duo had on and off relationships with each other throughout the years they were together. Their relationship was also deemed “toxic”. They were even engaged!

Similarly, prior to seeing the young American actress, Garrett Hedlund himself dated and was even briefly engaged to his On the Road co-star, Kirsten Dunst, from 2011 to 2016.

A source close to Emma tells E! News that the pair broke off their engagement, thus ending their 5-year relationship shortly after Valentine’s Day. The same source added:

“They have had their ups and downs for a while now and they were really trying to make it work. Their split was a long time coming.”

Previously, the on and off nature of their relationship has led to some violent confrontations. However, the duo is not on bad terms but are definitely taking space from each other. As she revealed on Chelsea Lately (via E! News), the two met on the set of their movie, Adult World, in the year 2012.

They didn’t start dating until after filming wrapped. And by January 2013, they went public, walking the red carpet at an afterparty for the 70th Annual Golden Globes. Soon, people started spotting the couple everywhere from sightseeing in Paris to strolling in New York. Unfortunately for the A-list match, things started going sour after not even a full year into their relationship. Throughout all the breakups and make-ups, which were plenty, it looks like the two just couldn’t make it work. 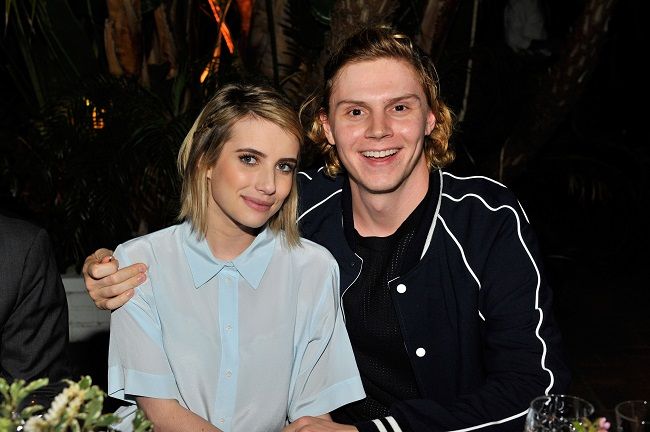 TMZ publicized the news that not even after a year of dating, she and Evan Peters’ relationship had turned physical. As the report in July 2013 said, people called police to the pair’s Montreal hotel room after they heard the fight get serious. Once the cops arrived at the scene, they immediately arrested her but not Peters. It was because the police spotted Peters with a bloody nose and bite mark but she had no physical damage. Peters decided against pressing charges, and his girlfriend was released a mere few hours later.

Only days after the news broke, her interview with Nylon hit the stands. Ironically, she spoke about her public image and claimed that a lot of people perceive her differently. She also talked about making mistakes, where she dished, “I can’t say I’m never going to mess up, but if I do, I’ll definitely be very sorry.”

In December 2013, Evan Peters popped the question to his co-star girlfriend, with the pair going public with the engagement by January. But 18 months later, they abruptly called it off, only to get back together in August 2016. Likewise, in September 2017, news broke that fellow A-list couple, Rachel Bilson and Hayden Christensen had called it quits after ten long years together. The Blast reported that she was at the center of their split.

The sources mention that she had allegedly gotten close to Christensen while they were on set of their flick, Little Italy, and Rachel Bilson reportedly found inappropriate texts between the two. This caused her to leave her beau immediately, resulting in the split of the Bilson-Christensen couple. Nevertheless, the Roberts-Peters couple was still “very much together” even after that incident.

Throughout all of their ups and downs, it seems like whenever she and Evan Peters threw in the towel, she seemed to bounce back at a rapid rate. Following their second split in May 2016, she was already spotted with a new man, Christopher Hines, by June of the same year. Also, shortly after Roberts and Peters ended their second engagement in 2019, she was already linked to the Tron: Legacy actor, Garrett Hedlund. The Roberts-Hedlund couple is still together at the moment.

Emma Roberts, Julia Roberts’ niece, has had a few hiccups during her climb to the A-list. “Emma is very dramatic,” a source revealed to Us Weekly, adding that she can get “wound up” during arguments. Even though Evan Peters hasn’t admitted to any issues, she has had her own past hiccups with her temper, both professionally and in her personal life.

Per the Daily Mail, back in 2013, the actress allegedly tried using her star power to cut the line of a popular New York bakery, only to get sent all the way back again. Fellow A-listers have supposedly spoken out about Roberts’ diva tendencies too. Her American Horror Story co-star, Gabourey Sidibe, butted heads with her, as per a source mentioned to the Star. The same source added:

“She complains about the tiniest things and won’t speak to crew members. Gabby finally told she to cut her attitude and stop being rude.”

If that wasn’t enough, rumors swirled that she had issues with her Scream Queens co-star, Lea Michele, in 2016, as well. According to InTouch (via Yahoo! News), the two were “always at each other’s throats,” adding that they even went as far as to ignore one another on set or call each other names.

Emma Roberts was born on 10 February 1991 and her current age is 29 years. Similarly, her full name is Emma Rose Roberts and she is originally from Rhinebeck, New York, U.S.

Her parents are mother Kelly Cunningham and father Eric Roberts. Her father is also an actor. Unfortunately, her parents separated when she was a baby. Through her father’s new marriage, she is the stepdaughter of Eliza Roberts and step-granddaughter of David Rayfiel and Lila Garrett.

Similarly, through her mother’s new marriage, she is the stepdaughter of musician Kelly Nickels. She has a maternal half-sister, Grace. Moreover, her paternal grandmother was acting coach Betty Lou Bredemus (1934–2015), and her aunts are actresses Julia Roberts and Lisa Roberts Gillan.

During her childhood, she spent time on the sets of her aunt Julia’s films. These experiences probably sparked a desire to follow her father and aunts into the film industry. Her ancestry is of English, Scottish, Irish, Welsh, German, and Swedish descent through her father. 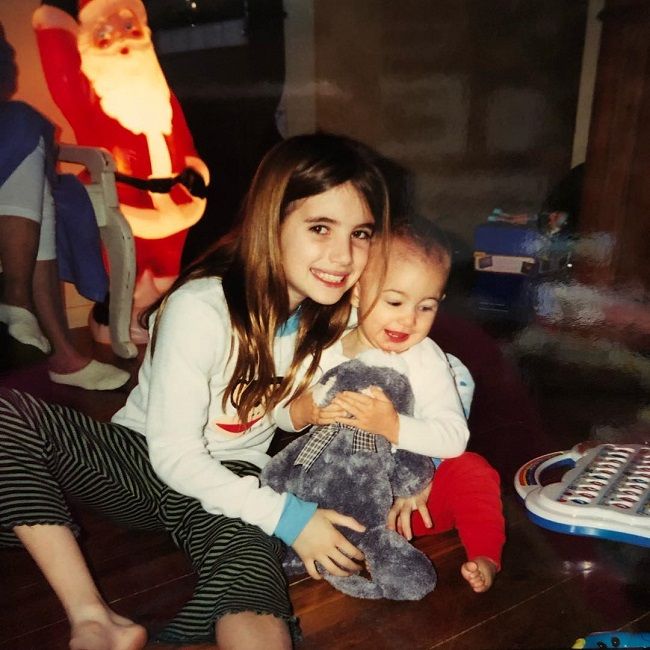 Emma Roberts is an American actor as well singer, known for playing lead roles in television series and Hollywood movies. She comes from a family of distinguished actors. In the year 2001, she started her acting career with the movie Blow. For this movie, she played the role of Kristina Jung. Kristina is the daughter of a cocaine smuggler, played by Johnny Depp.

In the next couple of years, she did a role in a short film, appeared as an extra in one of her aunt’s movies, and worked on two family films, namely ‘Grand Champion‘ and ‘Spymate.’ Though the latter film was shot in 2003, it was not released until 2006. Being cast as the lead character in the Nickelodeon series ‘Unfabulous’ in 2004 was her big break. Her performance in the show earned her a number of award nominations and also made her a teen idol at the age of 13.

In 2005, Nickelodeon launched her music career with the album ‘Unfabulous and More.’ She contributed to the lyrics of a few songs and appeared on the music videos of her songs. The album reached the 46th spot on Billboard’s ‘Top Heatseekers’ chart. In the year 2006, she also played a role in the movie ‘Aquamarine’ alongside Sara Paxton and JoJo. In this movie, she also sang the cover version of Weezer’s single ‘Island in the Sun.’

She also worked on other movies like ‘The Art of Getting By’, ‘Scream 4′, ‘American Horror Story‘, and ‘Scream Queens’. The year 2013 was a crucial year for her as she worked with Evan Peters in the movie ‘Adult World,’ and played in other films like ‘We’re the Millers‘and ‘Palo Alto’. She also worked on ‘Nerve’, ‘Billionaire Boys Club’, ‘Who We Are Now,’ ‘UglyDolls’, ‘Paradise Hills,’ ‘Holidate’, and ‘The Hunt.’

In 2005, she received a ‘Teen Choice Award’ nomination and two ‘Young Artist Awards’ for her performance in the series. The show became one of Nickelodeon’s most-watched programs and was renewed for two more seasons. The movie ‘We’re the Millers‘ was a commercial success and grossed over $269 million.

Moreover, Emma impressed the audience from the very beginning with ‘Unfabulous’ and ‘Aquamarine.’ She received the ‘Young Artist Award’ for ‘Aquamarine’ under the ‘Best Performance in a Feature Film – Supporting Young Actress’ category in 2007.

The same year, she also won the ‘Female Star of Tomorrow’ at ‘ShoWest Awards.’ In the year 2014, she received the ‘Shining Star Award’ at the ‘Maui Film Festival.’ Similarly, she also won the ‘Teen Choice Award’ under the ‘Choice Movie Actress: Comedy’ category for the film ‘We’re the Millers‘ in the same year. 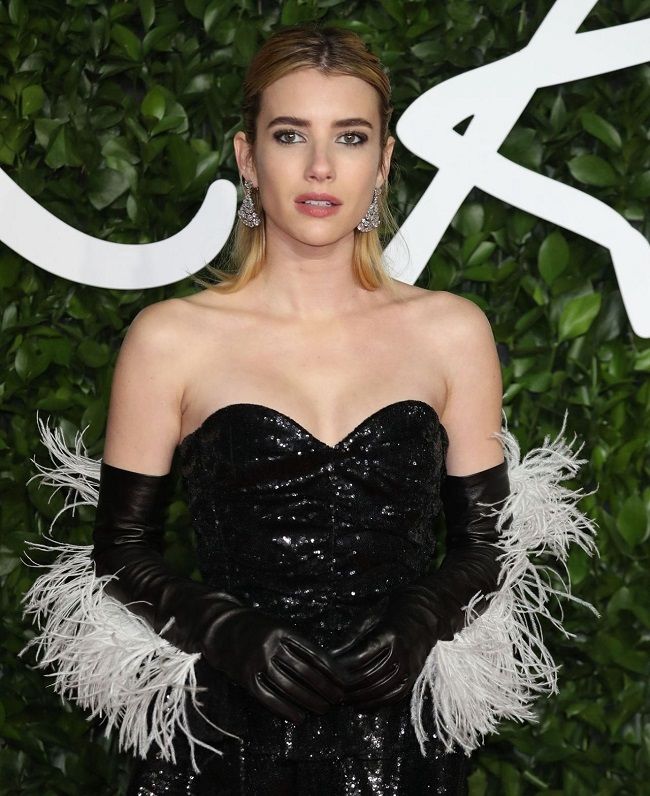 She stands at a height of 5 feet 2 inches or 1.57 meters. Similarly, her weight is approximately 51 kgs and her chest-waist-hip measurements are 33-24-32. Also, she has beautiful hazel-green eyes and dark brown hair color which she colors into different shades, especially blonde.

Emma Roberts is available on Twitter with 3.4 million followers and on Instagram with 13.8 million followers. As of April 2020, she has shared 1322 posts on her Instagram handle which are mostly related to her professional life. Moreover, she joined Twitter in March 2009.

Moving on, her net worth estimation is around $15 million dollars, which she earns through her involvement in acting, singing, modeling, and much more.