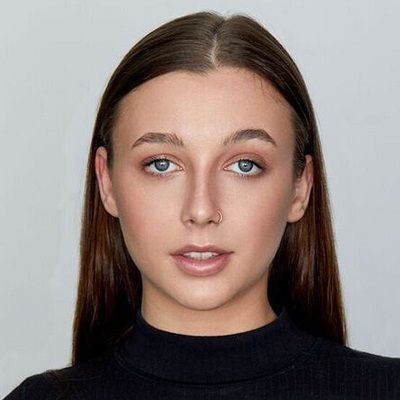 Emma Chamberlain is a prominent young American Youtuber. Emma Chamberlain collaborated with numerous other Youtubers and companies which helped her gain more popularity. She also attended Fashion Weeks in Paris and New York, appeared on the cover of Cosmopolitan, and much more!

Emma Chamberlain was born on 22 May 2001 and is 21 years old at present. Her full name is Emma Frances Chamberlain and her zodiac sign is Gemini. She is an only child of parents Michael and Sophia Chamberlain. She is originally from San Bruno, California but grew up in San Mateo County. Sadly, her parents divorced when she was only five. She holds an American nationality and her ethnicity is unknown. At present, Emma resides in Los Angeles. 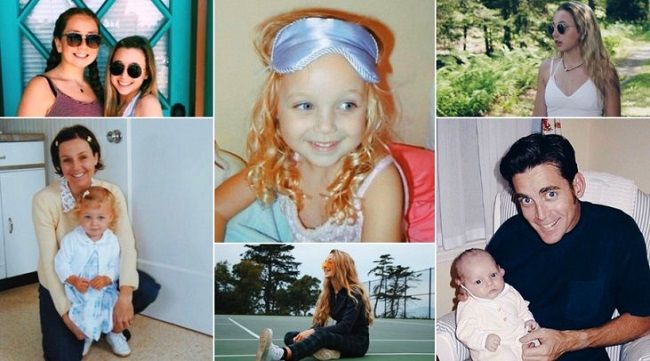 Similarly, Emma Chamberlain also performed competitive cheer for five years and was a member of the California All-Stars Pink cheer team. During the first semester of her junior year, she left the school. However, after passing the California High School Exit Exam, she graduated and completed her high school-level education.

Emma started her career with Youtube. She uploaded a video for the first time on 2 June 2017. Emma had only 50 subscribers till her 20 posts, despite her daily posts during the summer of 2017. We All Owe The Dollar Store An Apology is the video that went viral and the video that attracted many viewers and subscribers. It was uploaded on 27 July 2017. In August, her subscribers increased from 4k to 150k just in a month.

Her channel continuously received approximately 100k new subscribers monthly until June 2018 and in December 2017, she collaborated with an established Youtuber for the first time. Emma appeared in a 90-minute interview on Cody Ko’s podcast channel, Insanely Chill.

One of the most viewed videos on her channel is titled “ROADTRIP TO VEGAS FT DOLAN TWINS & JAMES CHARLES,” has almost got over 30 million views. Some of the other notable videos are “DRESSING UP AS EACHOTHER ft Dolan Twins & James Charles” with 27M views, “TURNING ME INTO AN LA GIRL FT. JAMES CHARLES & THE DOLAN TWINS” with 21M views, and “VEGETARIAN TRIES MEAT FOR THE FIRST TIME” with 15M views.

Emma associated herself with a shopping app, Dote in March 2018, and later they sent Emma to Austin, Texas where the Coachella Valley Music and Arts Festival was organized. Likewise, she also went to Fiji with other female Youtubers the same year.

Furthermore, Dote also released a clothing line called Low Key / High Key by Emma, designed by Emma Chamberlain herself in July 2018. However, she cut ties with Dote in the later part of 2018 due to controversy revolving around the app.

“The Sister Squad” and Collaborations

After she moved to Los Angeles from San Francisco Bay Area, she met with other Youtubers James Charles and The Dolan Twins. They together formed “The Sister Squad”, which happened in June 2018. The four renowned Youtubers uploaded simultaneous videos on their respective Youtube channels on 9th June, 28th August, 31st October, and 25th December in the year 2018.

The quadrates are often featured in Youtube Rewind, a prominent Youtube video in 2018, in which Emma’s face is at the center of the thumbnails. The Squad received a nomination for the 2019 Youtube Ensemble Shorty Awards. Furthermore, Emma also collaborated with fellow Dote-associated female vloggers Ellie Thumann and Hannah Meloche, and they videos featuring each other on their respective accounts. The trio is named “The Girdles.”

Moreover, Tana Mongeau invited Emma as a Featured Creator at Tanacon in Anaheim. It was Mongeau’s alternative to VidCon, which took place at the same time in 2018 and it was organized on 22 June 2018. Emma’s one-on-one onstage Q&A with Tana Mongeau was the last event before Tanacon was canceled. It was due to overcrowding and security reasons.

Many popular YouTubers like David Dobrik, The Vlog Squad, Sister Squad, and Tana Mongeau featured Emma in their respective videos, which helped her rapidly gain more and more subscribers. To be more precise, she gained 112k subscribers on the day the three Sister Squad videos were posted. It reached 2 million in June, 3 million in July,  and finally 6 million on Christmas day 2018.

Emma received nominations for awards such as Creator of the Year, Editing, and First Person at the 2018 Streamy Awards and she also won Breakout Creator at the same event. She was the most nominated female creator at that event. Furthermore, Emma signed with United Talent Agency in July 2018, and in September same year, Forbes featured them in one of their articles. Forbes was the first mainstream publication to feature Emma. Also, writer Tom Ward posted a half-hour interview with Emma on his Youtube channel “Under the Influence”.

Likewise, Emma attended Paris Fashion Week in March 2019 and paired with Youtuber/Model Karlie Kloss. The collaboration between the fashion industry and Youtube was brokered by Derek Blasberg. Similarly, Emma launched Stupid Genius, a half-hour podcast and weekly series in which Emma attempts to answer commonly asked science questions. Ramble Official in a partnership with Cadence13 and United Talent Agency produced the podcast. It is the same production that produces podcasts of Youtubers Rhett&Link and Smosh. 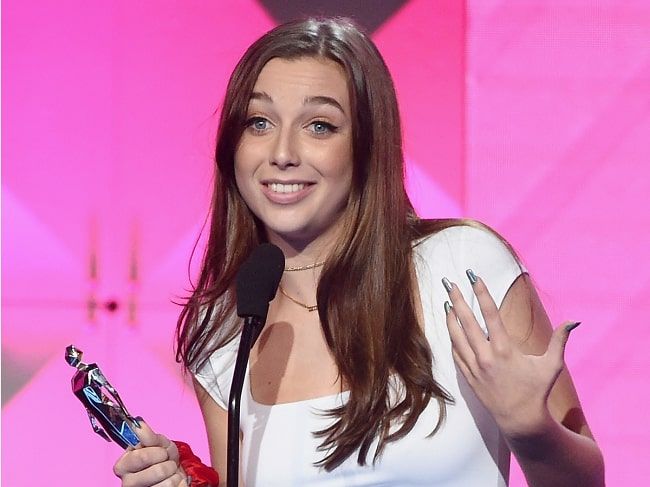 Many mainstream news and entertainment organizations published articles about Emma Chamberlain by mid-2019. The Atlantic wrote an article Emma Chamberlain Is the Most Important YouTuber Today where they mentioned that Emma is the “most talked about an influencer in the world.”

Likewise, Emma Chamberlain, 18, is the funniest person on YouTube, The New York Times mentioned. Another mainstream magazine is W Magazine, which wrote that Emma is “the most interesting girl on YouTube.” Time Magazine also included Emma in their 2019 list of The 25 Most Influential People on the Internet.

Furthermore, Emma became one of the entertainment celebrities to appear/premier in Snapchat’s Creator Show in 2019. Emma hosted the Teen Vogue event Generation Next during the New York Fashion Week. The event was in September 2019 and the Editor-In-Chief of Vogue, Anna Wintour also attended the event Emma hosted.

Furthermore, Emma also collaborated with Crapeyewear, an eyewear company that produces a line of sunglasses. She also helped the company design new eyewear. Also, Emma appeared on the first episode of MTV/Snapchat collaboration, Teen Code. This happened in late September 2019.

Moreover, Emma Chamberlain also posted a video on her Youtube channel which was about her visiting the Youtube headquarters in San Bruno. She also featured Susan Wojcicki, the Youtube CEO in this video posted on 1 October 2019. Likewise, Emma attended her second Paris Fashion Week, sponsored by Youtube/Louis Vuitton in collaboration with Vogue Magazine. Emma later collaborated on a series of videos and photoshoots with Calin Calvin Klein.

Likewise, Emma also paired with The Office star, Angela Kinsey, and Fashion Police host, Brad Goreskiappeared, and appeared in videos on Target’s Youtube channel. Also, Adulting With Emma Chamberlain, Emma’s Snapchat Creator Show, premiered on 4th November 2019 and on 13th November, TIME listed her as 100 Next Most Influential People in the World. The TIME listed her on the category “Phenoms” and the magazine noted that Emma’s editing style spawned a subgenre of young creators following her lead.

Also, ABC News Nightline interviewed Emma about her career and featured her in a segment broadcast. Olympic figure skater Adam Rippon interviewed her for this segment on 12th December. Emma also has her own online mail-order coffee company which she launched on 22nd December 2019.

For the February 2020 issue, Cosmopolitan featured Emma Chamberlain. They wrote “The most popular girl in the world” as the caption below her name on their magazine cover. Emma also revealed about her experience with body dysmorphia and eating disorders during the interview with Cosmopolitan. Emma herself posted a video about the photoshoot on her channel and captioned it as “My First American Magazine Cover”.  Moreover, Emma Chamberlain also associates herself with the Make-A-Wish Foundation.

During the COVID-19 pandemic, she became one of the creators participating in YouTube’s “Stay Home #WithMe” PSA campaign. Recorded earlier to the Covid-19 pandemic, she appeared in an episode of Kevin Hart’s YouTube series What The Fit, playing soccer with the LA Galaxy on April 16.

Allure starred her on the cover of its June / July 2020 issue. During the summer of 2020, Nylon Magazine and Vogue Australia published feature articles about her. Variety covered her in its 2020 Power of Young Hollywood list. On August 18, she distributed The Ideal Planner, a daily planner, via the Gallery Books division of Simon & Schuster.

Through her Youtube videos, Chamberlain coffee, advertisements, brand endorsements, and much more, Emma earns a lot of money compared to most teenagers today. She has an estimated net worth of US $3.7 million as of September 2020. On March 21, Variety proclaimed that she had purchased a house in West Hollywood.

Beautiful and talented Emma is currently single and is not involved in any romantic relationships at present. She is probably busy strengthening her career as a young and established YouTuber. However, she hasn’t always been single! Emma was in a romantic relationship with fellow Youtube star, Ethan Dolan from 2018 to 2019. The two appeared together on the videos of the Youtube channel ‘Sister Squad’.

There are few scandals involving Emma Chamberlain. Many people criticized her when she stopped her car vlogging and started uploading lesser videos on her channel. She was also under fire for breaking her public and well-known friendships with Hannah Meloche and The Sister Squad. Furthermore, she also came to the limelight during the phase of dating or not dating Ethan Dolan, creating a mini-boutique on “Dote” and blurring the products so that consumers can’t see it. She later cut ties with Dote for the scandals related to this.

Talking about her body measurements, Emma stands tall at the height of 5’5″ having a weight of around 50 kgs. Likewise, her chest-waist-hip body measurements are 34-24-34 inches respectively. She wears shoe size 6 but her dress size is unknown. Moreover, her hair color is dark brown but often dyes it blonde. Her eye color is blue. 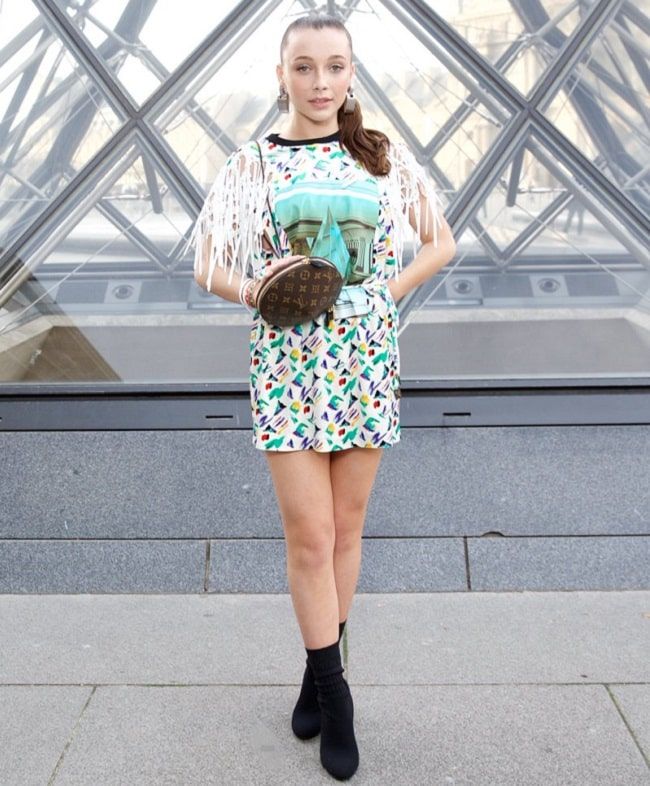 Being a young social media influencer, Emma is available on multiple social media platforms like Instagram, Snapchat, and Twitter among others. She has over 9.44 million subscribers on her ’emma chamberlain’ Youtube channel. Likewise, her Instagram account has more than 10.3million followers, 2.8 million on Twitter, and 3.5 million followers on Tiktok with 56.7 million hearts. Furthermore, she has also shared her official email address on Youtube for any business inquiries, i.e. [email protected]