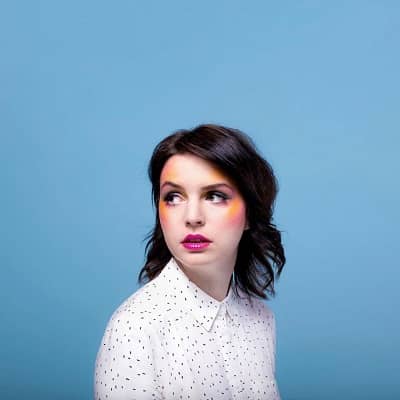 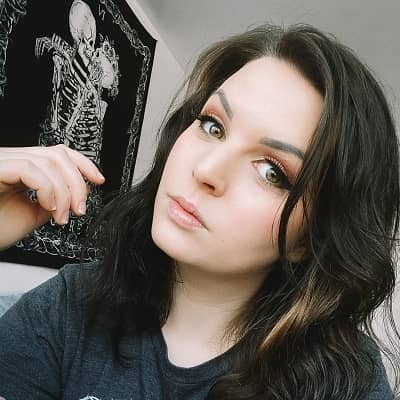 Emma Blackery was born on 11th November 1991 and is currently 29 years old. Her full name is Emma Louise Blackery and her zodiac sign is Scorpio. Likewise, she was born in Basildon, England and her nationality is British. Similarly, regarding her ethnicity and religion, she belongs to the Caucasian ethnic group and follows Christianity. Likewise, she is the daughter of Michael Blackery and Sheila Blackery. Moreover, her parents separated during secondary school and their parents divorced. Likewise, she went into depression and also blamed her mother for everything.  Similarly, she has two younger siblings who are her half-siblings Febe and Travis. 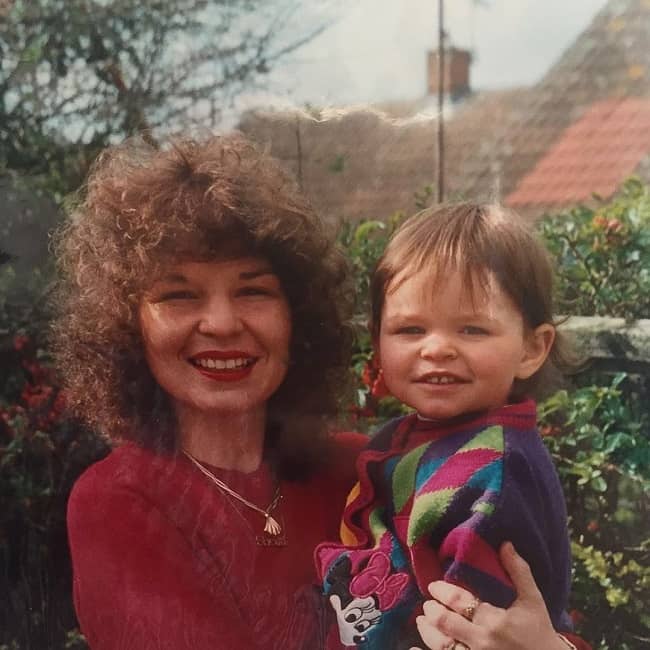 Caption: Childhood picture of Emma with her mother. Source: Instagram

Likewise, she is a very home ground person and still continues living in her parents’ home with her two younger siblings. Similarly, she is an avid reader and her favorite book is ‘The Lovely Bones’. Likewise, she loves eating potato chips, pies, and chocolate, and loves drinking cold tea. She was into music and her interest grew from a very young age. She takes her inspiration and is influenced by Blink-182, Green Day, Tessa Violet, The White Stripes, My Chemical Romance, Paramore, Avril Lavigne, Placebo, Taylor Swift, Twenty One Pilots, and Nine Inch Nails. Likewise, she bought her CDs of Michael Jackson and Madonna.  Furthermore, talking about her educational qualification, she went to Bromfords School in Wickford. Likewise, she graduated from SEEVIC College in politics.

Emma is a singer, songwriter, and social media content creator by profession. Likewise, she started her Youtube channel in the year 2011 but later deleted it. Similarly, she created another channel ‘These Silent Seas’ in which she posted music videos while she was still a student but again deleted it. After getting a degree in politics, she worked as a full-time waitress. However, alongside her work, she also engaged herself in singing. Likewise, her music career began after she released her first EP, ‘Human Behaviour’ in early 2012. Followed by this, she released her second EP ‘Distance’ in July 2013. Similarly, her third EP was ‘Perfect’ which she released on 11th November 2013.

Moreover, her title track became on the top of the UK Independent singles Breakers Chart for a week and entered the UK Rock & Metal Singles Chart at number eight. Similarly, in 2015 she was included on the ’30 Women Under 30 Who Are Changing the World’ list by Elle. Likewise, her fourth EP was ‘Sucks To Be You’ which she released in 2017. This title track became a hit and reached number 85 on the Scottish Singles Chart. Likewise, on 4th April 2016, she joined the pop-punk band Busted on their ‘Pigs Can Fly Tour’. Similarly, she released her fifth EP on 26th May 2017. Her ‘Magnetised’ EP became at number 63 on the UK Albums Chart.

Likewise, she started her independent record label ‘RWG Records in the year 2018. She released ‘Dirt’ produced by Toby Scott on 15th March 2018. Similarly, her debut album is ‘Villains’ which she released on 31st August 2018. She collaborated with artists including Toby Scott, Maxwell Cooke, and Peter Hutching in these songs. Likewise, she went on a song tour around different cities in Europe followed by Stockholm, Copenhagen, Sugarfactory, Hamburg, and other cities. Similarly, she co-produced ‘Cute Without You’ with Toby Scott. Likewise, her latest EP is ‘My Arms Are Open’ on 15th May 2020.

Likewise, her most popular video on the channel is ‘IF TAMPON COMMERCIALS WERE HONEST’. She posted this video on 24th June 2015 and has 5.5 million views on it. Similarly, her other popular video includes, ‘MY THOUGHTS ON GOOGLE+’, ‘THE SIMS IN REAL LIFE’, ‘YOUTUBE REWIND: THE TRUTH (WHY I’M SAYING NO NEXT YEAR)’, ‘WHAT THEY DON’T TEACH ABOUT SEX’, ‘I LIVED LIKE A SIM FOR 24 HOURS’, and ‘IF WEBSITES STARTED DATING’. These videos have over 3.5 million views on it. Besides this, she also has another channel on Youtube. She has a vlog channel ‘Vloggery’ which she joined on 28th August 2016.

This talented singer and Youtuber have her primary source of income through her Youtube channel and singles. Similarly, talking about her net worth, she has a net worth of around $55,000. However, she has not yet shared her asset values in media. 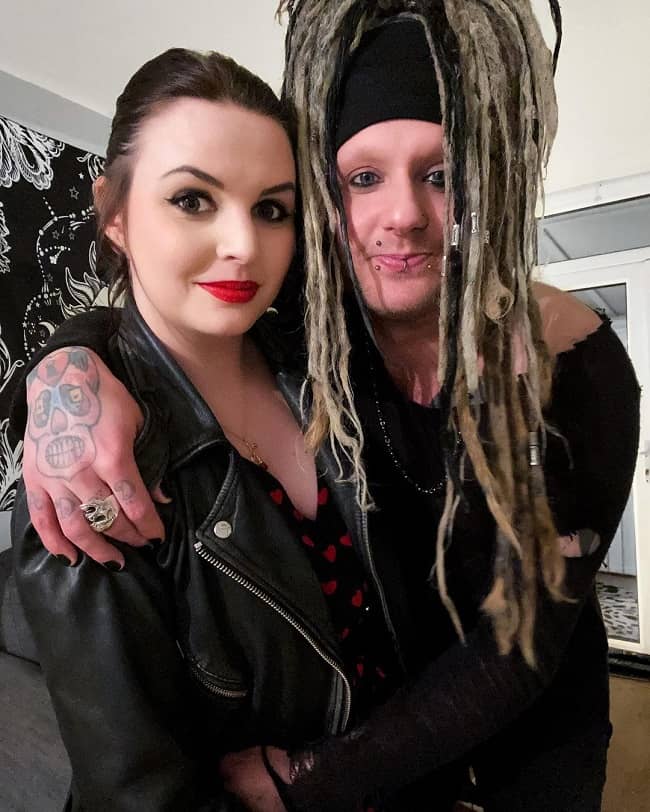 Looking at her appearance, Emma loves coloring her hair into funky shades of red, blue, and pink color. Similarly, she also wears hair extensions which add volumes to her bizarre haircuts. Likewise, she is a huge fan of WWE and Zelda with a Triforce tattoo which is often visible in videos and pictures. Regarding her health issue, she diagnosed with chronic fatigue syndrome in the year 2015. Unfortunately, there is no information about her body measurement details including height, weight, and other vital stats