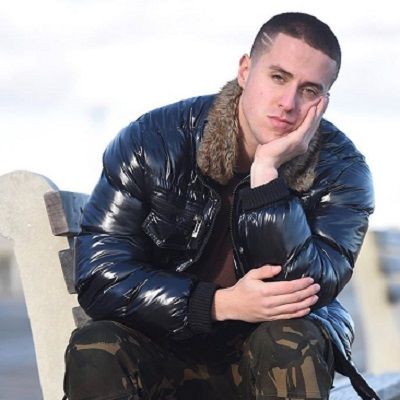 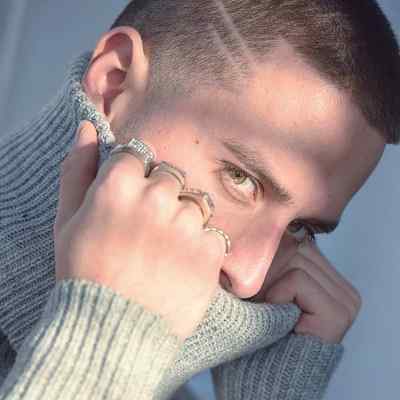 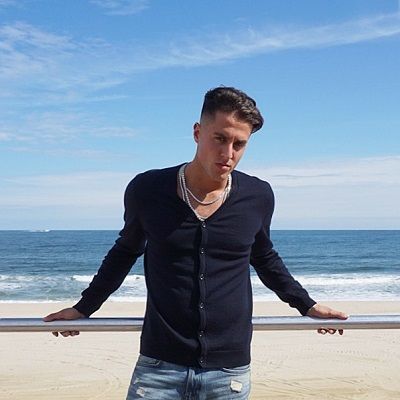 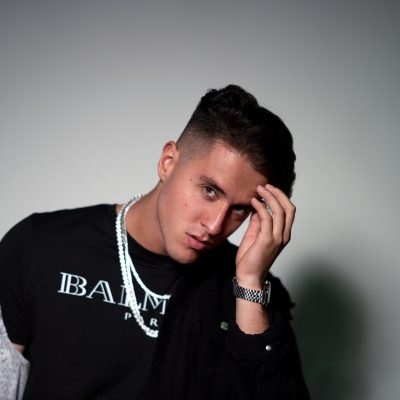 Emir Hamzic is a Serbian-American former professional tennis player and model. Emir Hamzic is also a serial entrepreneur and founder of HAMZIC All American Training.

Emir Hamzic was born on January 17, 1997, and he is currently 23 years old. His name is written in Serbian as Емир Хамзић, romanized Emir Hamzić. He was born at Saint Peters Hospital in New Brunswick, New Jersey, but now resides in Chicago, Illinois.

Talking about his family, his parents are Hidajet Hamzic and Sabaheta Hamzic. Likewise, he is a quadruplet and hence has three siblings. They are  2 brothers and 1 sister but their names are not mentioned yet.

Further, Hamzic grew up in Long Branch, New Jersey but spent his summers in Novi Pazar, Serbia. There, he later spent his time training. He started playing tennis at the young age of 8 years.

Talking about his educational journey, Hamzic graduated from Kean University with honors in Elizabeth, New Jersey in the year 2020. He received a Bachelor’s degree in Exercise Science and finished his last semester with a 4.0 GPA. 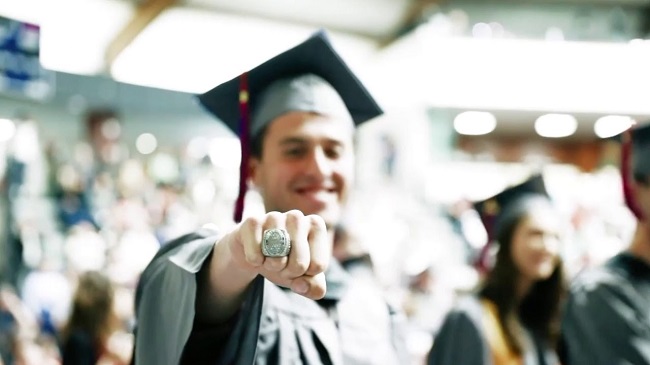 Emir Hamzic is a former professional tennis player. He is best known for being crowned an All American and winning a National Championship. Likewise, he is now a nationally renowned tennis coach, serial entrepreneur, and the founder of HAMZIC All American Training.

Also, he funded his professional tennis career by working for Abercrombie/Hollister. He later modeled professionally before deciding to coach to take care of his expenses. He has walked in events such as New York Fashion Week as a model.

Further, he is USPTA certified as well as an NCSF certified personal trainer, strength, and conditioning specialist. He is also certified by the American Heart Association for basic life support (CPR & AED).

He attended Long Branch High School representing the Green Wave. He immediately began breaking records as well as setting his own records. He debuted his freshman year making varsity, playing as first singles. Likewise, Hamzic alone had the highest winning percentage among all individual athletes and team sports played at his high school.

He quickly became the most accomplished tennis player from Long Branch High School as well as one of the most elite athletes to come out of the state of New Jersey and the nation. He was training with nationally ranked juniors, college tennis teams, and ATP tennis players at the young age of 16 years. Among them all, the most notable was Alex Bogomolov Jr.

Further, Hamzic managed to finish high school in the top 15 of his graduating class and a member of the National Honor Society. He stopped playing high school tennis after his junior year of high school to start competing internationally pursuing his career professionally.

He played between the numbers 1, 2, and 3 singles for Brookdale a junior college in the years 2015 to 2017. They named him the 2017 National Junior College Athletic Association Men’s “Tennis Player of the Year”. He also won the Harford Invitational a Division 1 tournament. Earlier that year he also became a 2x All Regional XIX Singles & Doubles Champion, 2x Garden State Athletic Conference Singles & Doubles Champion, NJCAA All-Academic Team Honors Scholar-Athlete.

On top of that Hamzic went undefeated in the conference leading up to becoming an All-American National Champion. He was also the Brookdale men’s tennis captain. There is no question his record-breaking season will go down into the school’s hall of fame one day considering no player in the school’s history has accomplished all this representing their respective sport. 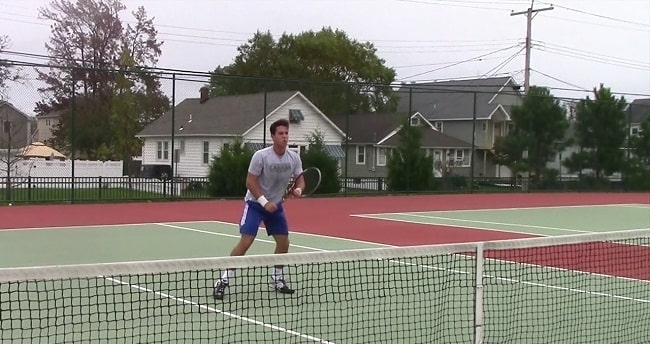 After accomplishing his goal of winning a national championship at the age of 20 years, Hamzic received numerous offers to play for various Division 1 universities. He also received other opportunities to pursue his career playing professional tennis. However, Hamzic decided to dedicate all of his time and efforts to coaching full time.

He has years of extensive coaching experience with prominent southern NJ tennis clubs. Likewise, he was most recently a Head Coach at Park Avenue Tennis Center. He also has had the opportunity to work alongside tennis royalty Nick Bollettieri. In the year 2019, Hamzic established HAMZIC All American Training a private tennis coaching business serving New Jersey & New York originally. However, it now runs in Chicago too. He is currently an academy and travel coach.

Looking through his social media posts, it seems like Emir Hamzic is in a romantic relationship with a girl. However, he has not revealed his lover’s identity. He shared an Instagram post on June 11, 2019, and captioned it “Tell Sinatra I found love in Chicago.” This post is an adorable photograph of him and his lover kissing each other at The Bean, Chicago. 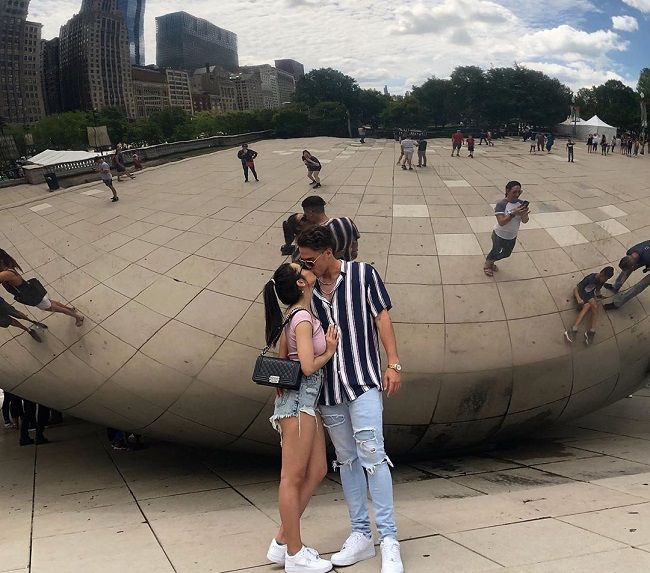 Emir Hamzic stands tall at a height of 6 feet 3 inches. Other than this, there is no information about his other body measurement details including weight, chest-waist-hip measures, biceps, dress size, shoe size, etc. Likewise, he has mesmerizing green eyes and dark brown hair color.

Talking about his social media presence, Hamzic is available on Instagram as @emir_hamzic and this account boasts 13 posts shares and 12.4k followers at the time of writing this biography. Likewise, he created his official Facebook page on February 15, 2019, and so far has over 2.4k people following his journey. He also has his self-titled Youtube channel. He created this channel on October 9, 2012. So far, he has earned over 304.5k views and 1.12K subscribers while writing his biography.