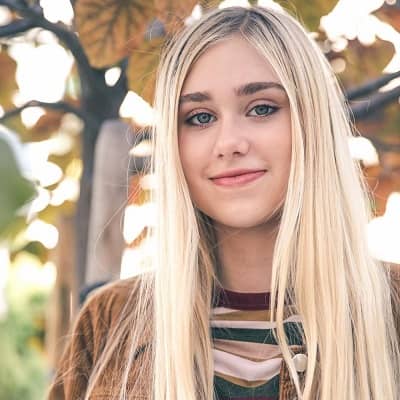 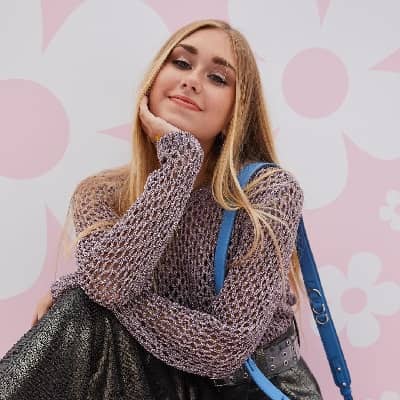 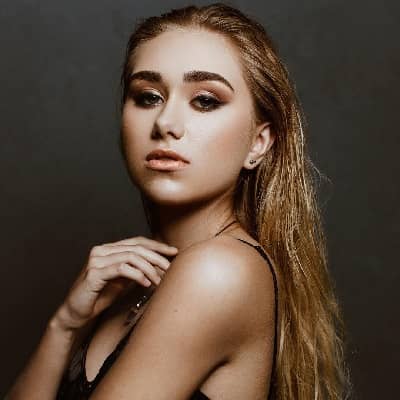 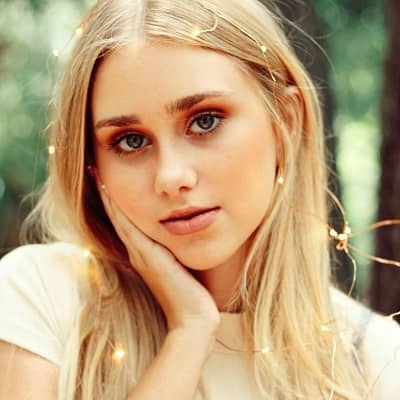 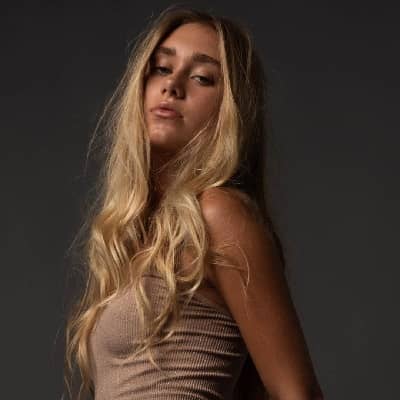 Her full name is Emily Noelle Skinner, born on November 30, 2002. She was born in Mission Viejo, California, but she grew up in Trabuco Canyon, Orange County, California. At present, she is 19 years old and her birth sign is Sagittarius. Her parents are Jennifer and Steve Skinner. She has an older sister, Lauren Skinner. The two were dancers at ‘Dance dynamics’.

She enjoyed watching TV since early childhood and got hooked on acting. She would dress up and pretend to perform plays for hours. Likewise, She was a shy child, so when she told her mother about her acting interest, her mother took her to an acting class to help her overcome her shyness.

Moreover, Impressed with Skinner’s talent at that young age, the acting class teacher helped her parents get in touch with a Hollywood agent. She is still working with the same agent. Moreover, she passed the California High School Proficiency Exam and is pursuing her AA degree, with plans to transfer to a four-year university in the future. 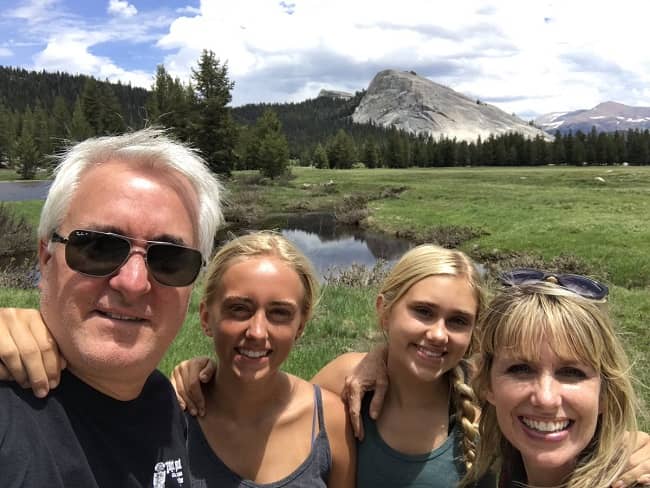 Furthermore, she has supported and been involved in charity and activism, including the Make-A-Wish Foundation, Mattel Children’s Hospital, Time’s Up, and the March for Our Lives. Therefore, she is also an activist and speaks strongly about the causes and charities she believes in.

Moreover, she speaks against bullying and also advocates for girl’s rights to education. She supports a number of charities, including ‘Rise Against Hunger,’ ‘Toys for Tots,’ ‘Make-A-Wish Foundation,’ among others. Further, she is an animal lover and has a pet dog, named Molly.

Emily began her acting career at the age of 8 as a child artist. And appeared in one episode of ‘CBS’ ‘NUMB3RS’, in 2009. Then, after her debut in ‘Numb3rs’, she worked regularly in guest roles in TV movies or short movies, including, ‘The Swimming Lesson’ (2009) as ‘Katie,’ and ‘Keeping up with the Guptas’ (2010), among others.

After then, featuring as ‘Alise Jones’ in a 2010 episode of ‘CSI: Crime Scene Investigation,’ Skinner did minor roles in short films like ‘Sodales’ (2010), ‘Eternity Road’ (2010), and ‘Five (2011). She later got a chance to work in ‘Disney Channel’s’ 2011 TV series ‘Shake It Up’, wherein she played a little beauty-pageant girl ‘Sally Van Buren’ in the episode ‘Glitz It Up’. In another ‘Disney Channel’ series, ‘Austin & Ally,’ her role of ‘Mad Dog’ brought her recognition.

She essayed the role of a young vampire in the film ‘Blood Ransom’ (2014), and in the series ‘Rizzoli & Isles (2016), she played a juvenile murder victim, ‘Wendy Sokoloff’. Even though she was quite young, she was comfortable portraying those scary roles and actually enjoyed it.

The character that brought her fame and identity was ‘Amber’ from ‘Disney Channel’s’ popular series ‘Andi Mack’ (2017 – 2019). Skinner first auditioned for the main part of ‘Andi’ and then for the role of Andi’s friend ‘Buffy’. And finally, she auditioned and got the part of ‘Amber,’ who is a little mean character in the first season but has a wider scope in the second season. 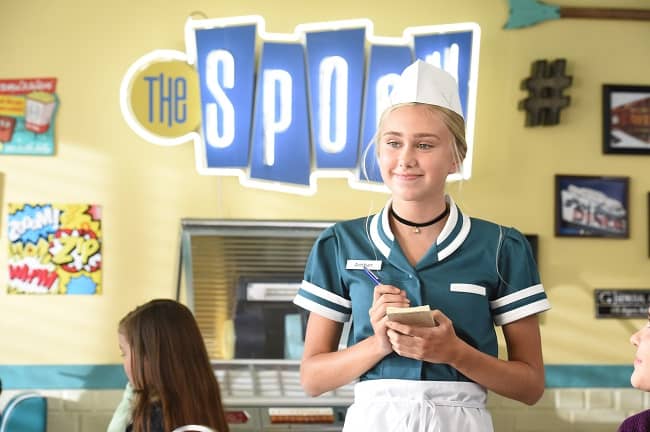 Further, she was cast as ‘Diana’ in the ‘Brat’ web series, ‘Total Eclipse’ (2018 – 2019). In this story of young friends, she stars with Mackenzie Ziegler, Nadia Turner, Lauren Orlando, and Devenity Perkins. Skinner’s forthcoming projects include ‘Next Level,’ wherein she will be seen in the role of ‘Cindy Stallings’. Therefore, in 2018, she began working with the Brat network.

Moreover, she has featured in a few music videos such as ‘Only Human’ by Ty Waters and ‘Broken Arrows’ by Avicii. Similarly, She has also worked as a model. She was signed by ‘Maverick Models’ of Los Angeles and she has modeled for ‘Izzy Be’ clothing. She played “This or That” at the Famous Birthdays office in 2018. Moreover, she starred in Johnny Orlando’s music video for his song “Phobias.”

In November 2018, she and Lilia Buckingham released a single, “Denim Jacket” and donated a portion of the proceeds to ‘GLAAD’. Further, she has upcoming film roles in ‘The Lies I Tell Myself’, ‘Secrets in the Water’, and ‘Double Kidnapped’.

Regarding her love life, Emily is single and is not dating anyone. Her dating history is unknown as she has not spoken anything about it. Moreover, she is more focused on her acting career and developing her skills. However, she is sure to get a loving and caring boyfriend for herself. She has also kept a clean public profile that is away from any scandals, controversies, and rumors.

She is 5 feet 4 inches tall and weighs around 45 kilos. Her chest-waist-hip measurements are 33-23-33 inches respectively. Moreover, she wears a shoe size of 6 (US). Emily has silky blonde hair and a pair of Blue-green eyes. She has a beautiful smile and she has a charming personality. 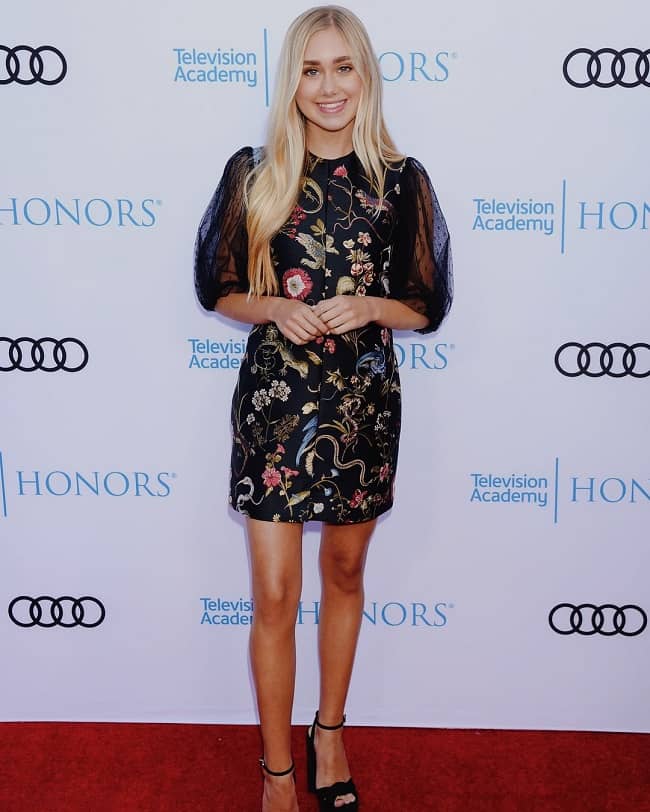 There is no doubt that the young artist is well-known in the entertainment industry. The profession she has helped her comfortably to pursue a lavishing lifestyle. She has an estimated net worth of around $1.3 million as of November 2020.