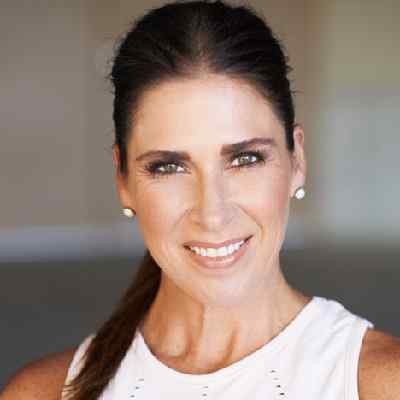 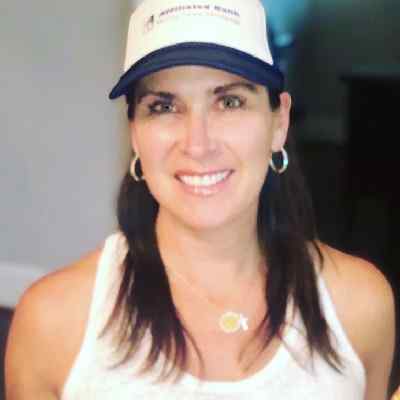 Emily Jones is an American Fox Sports Net television anchor and reporter who covers Big 12 Conference college football. Emily Jones does pre- and postgame shows as well as sideline reporting at professional baseball and basketball games for the Texas teams.

Emily Jones is 45 years old. She was born on August 1, 1977, in Plainview, Texas. Her astrological sign is Leo. Her full name is Emily Catherine Jones.

She has often featured her parents on her Instagram page but has never mentioned their names. Unfortunately, her father has already passed away, and often posts his pictures remembering him. She also has an elder sibling named Sarah Schulz. Her sister planted the seed in her brain to cover sports as a paying job. 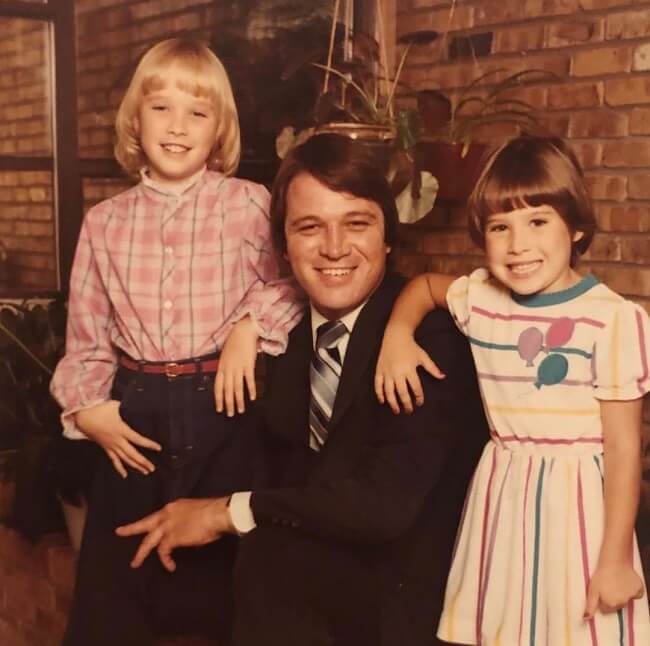 Caption: Emily Jones in her childhood photo along with her father and elder sister (Source: Instagram)

Likewise, she belongs of American nationality. Moving toward her educational background, she graduated from Texas Tech University in 1998 with a Bachelor of Arts degree in broadcast journalism. From a very early age, she had a keen interest in becoming a sportscaster.

Professionally, Emily Jones McCoy is a television anchor and reporter for FSN. After graduating, she started working at Lubbock NBC affiliate KCBD first as a news reporter for two years and then as its sports director for four before working full-time at Fox Sports Southwest for nine years.

In January of 2007, she became the host of the show Big 12 Showcase when Bill Land left to become FSN Southwest’s play-by-play announcer for the San Antonio Spurs. In addition to this, she portrayed a reporter in two television series: Friday Night Lights and Dallas. Later Kyle Chandler also starred.

She also worked for Fox Sports, Later in 2013, she left Fox Sports in November 2013 to dedicate more time to her family, but resurfaced in 2014 as the Texas Rangers sideline reporter. In 2015, she unexpectedly received a Gatorade shower meant for Josh Hamilton.

Moreover, she is the president of the Do It For Durrett Foundation. It is an organization formed after the untimely death of ESPN baseball beat writer Richard Durrett. 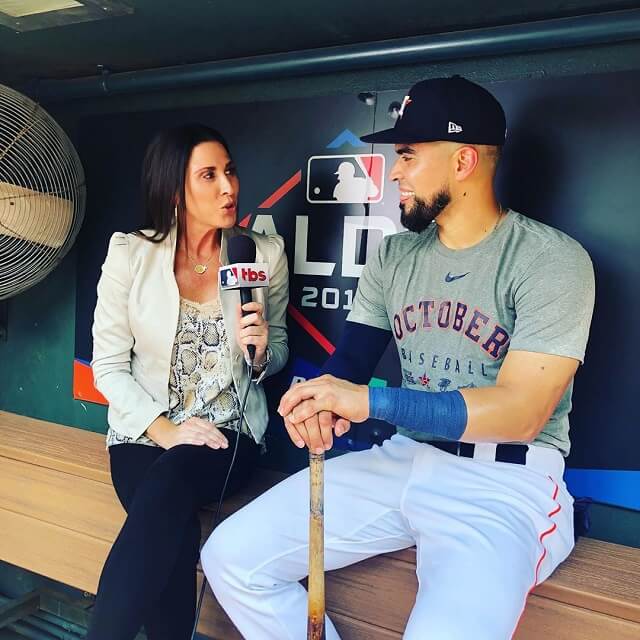 Speaking of Emily Jones’s earnings, she is a sportscaster who has earned a decent sum of money through her work. FSN sportscaster earns an annual salary in the range of $33,774 to $112,519. However, these amounts may vary considerably according to the level of seniority of the employee in question. At the moment, her exact salary and net worth are not available. But some online resources considered it around $1 million-$5 million.

Reflecting on Emily’s relationship status, she is a married woman. She married Fort Worth mortgage banker Mike McCoy. Later, she legally changed her name to Emily Jones McCoy incorporating her maiden name Jones in place of Catherine. They exchanged wedding vows Saturday, July 4, 2009, at the Westin Hotel and Resort in Puerto Vallarta, Mexico, with the Rev. Brian Anderson officiating.

The duo has also welcomed two kids; a son and a daughter. She often shares pictures with her kids and husband on her Instagram handles. The family looks happy and cheerful. She enjoys spending time with her kids. 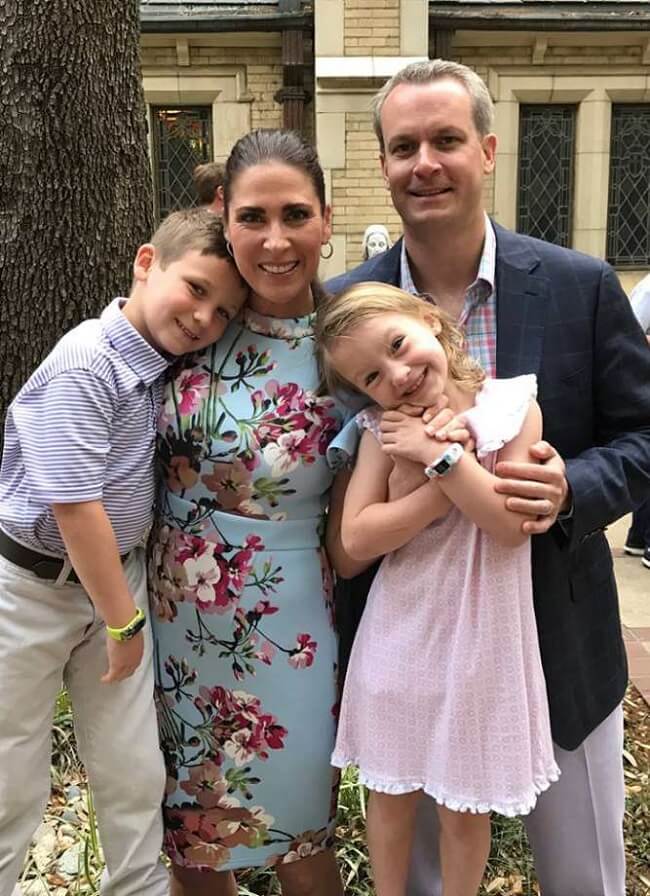 Caption: Emily Jones posing for a photo along with her husband and two kids (Source: Plainview Daily Herald)

Moreover, the journalist has never been through any controversial acts during her Sportscaster journey. She has successfully maintained a clean image profile and is controversy-free as of now.

Emily Jones stands a tall height of 5 feet 7 inches (1.7 m) tall and weighs around 55 kg. She wears bras of size 34B. Likewise, her chest size is 36 inches, and her waist size is 25 inches. Moreover, she has beautiful green eyes with brown hair color.