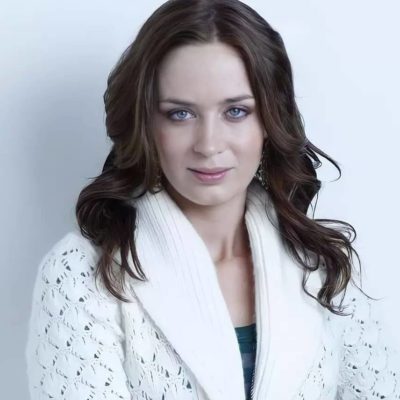 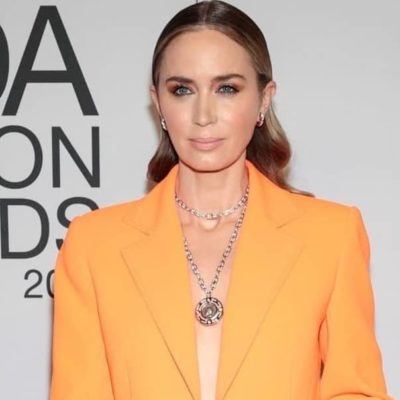 Emily Blunt is a famous British-American actress who received great accomplishments onscreen. Emily Blunt is praised with several honorable awards and was listed as the highest-paid actress in the world in 2021.

She was born Emily Olivia Leah Blunt on February 23, 1983, in the London Borough of Wandsworth to Joanna and Oliver Blunt. Likewise, she is 39 years old. She belongs to British Nationality. Her mother is a former actress and her father Oliver is a barrister. She is the second child of her parents with other three siblings Felicity, Sebastian, and Susannah. Her uncle Crispin Blunt is a Conservative Member of Parliament for Reigate.

She struggled with stuttering from the age of 7-14 and she has mentioned her school teacher helped her out through acting. She went to Ibstock Place School in Roehampton, southwest London, and then to Hurtwood House near Dorking famous for its performing arts program.

She started her acting career at an early age when she played the classic role of Juliet in Shakespeare’s Romeo and Juliet. At the same time, she started her debut opposite Dame Jude Dench on the London stage in “The Royal Family” for which she was named the best comer by Evening Standard.

She gained her popularity after she made her role in the television film Gideon’s Daughter along with the Comedy-drama film, ‘The Devil Wears Prada ‘for which she won a Golden Globe Award for Best Supporting Actress. Later on, continued her career with a leading role in the films, ‘The Young Victoria’ (2009), ‘The Adjustment (2011) was science fiction ‘Lopper’ (2012), and the ‘Edge of Tomorrow’ (2014). She played a romantic comedy ‘The Five-year Engagement’ in 2012. For which she received good positive reviews. She is known for her role as Baker’s wife in The Walt Disney Company’s film adaptation. According to the relevant sources, it is said she was pregnant while filming this film. Her role as an FBI agent in the crime thriller ‘Sicario’ gained a lot of appraisals along with its selection for Palme d’Or at Cannes Film Festival 2015. Her role in The Girl on the Train was also commendable. Further, in 2017, she did a horror film, ‘A Quiet Place’ with her husband John Krasinski at the same year she played Character Rob Marshall’s film ‘Mary Poppins Return’. In 2020, she worked w in a wen series ‘Some Good News with he husband. In the same year, she got listed as the highest-paid actress in the world with a warning of $22.5 million. She was similarly praised for her role in ‘A Quiet Place II’ (2021).

She received a Golden Globe Award for Best Supporting Actress. In addition, she got a nomination for BAFTA Award for Beat Actress in Supporting role for her work in ‘The Devil Wears Prada’. In 2010 she won Costume Designer Guild Awards for President’s Awards. She played a great role as a principled FBI agent in the crime film ‘Sicario’ along with the thriller ‘The Girl on the Train’ (2016).

For this, She got a nomination for Best Action in a Leading role at BAFTA Awards. Similarly, she won the Screen Actors Guild Awards for Best Supporting Actress for her role in Survivalist Mother in the horror film ‘A Quiet place’. Her role as Queen Victoria made her nomination for Golden Globe Award for the Best Actress in Motion Pictures Drama along with the Critics Choice Award for Best Actress.

In the same year, she got the BAFTA Award for British Artist of the Year.  She received two SAG nominations for her performance in ‘A Quiet Place’ and ‘Mary Poppins’. She won Best Supporting Actress and her Sixth Golden Globe nomination. In 2019 she won Screen Actors Guild Award for Outstanding Performance by a Female Actor in a Supporting Role. As of 2022, her net worth is $35 million. she was the highest-paid actress in 2021. In November 2011, she won the title with, the name of ambassador of the new Yves Saint Fragrance Opium. She married American Actor John Krasinski on 10 July 2010 in Como, Italy. They were in a relationship since 2008. Earlier she was in a three-year relationship with Canadian, Singer Michael Bublé. According to the sources, they later shared a house in British Columbia but they broke up in 2008. She has two daughters as per the media sources. Her relationship seems to get better and better year by year with 12 years of togetherness now. As per the information, she is not active on social media. Because she mentioned that she wants her personal and professional life to be in their right status.