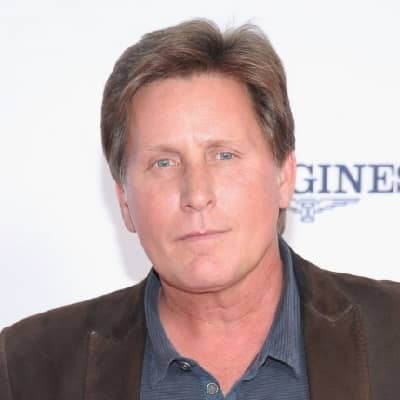 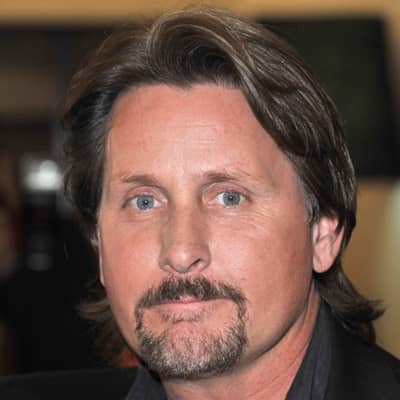 Emilio Estevez is a successful American writer, actor, and director and also the son of actor Martin Sheen who grew some interest in movies at a really young age. Emilio Estevez caught people’s attention after becoming a member of the ‘Brat Pack’ group of the ‘80s.

Emilio Estevez was born on May 12, 1962, in Staten Island, New York, USA, to Martin Sheen and Janet Templeton. He also has siblings and they are Ramon Estevez, Charlie Sheen, and Renee Estevez. His siblings also were successful in becoming actors. His zodiac sign is Taurus and he holds an American nationality. He was previously educated in a New York City public school but later he was in a private academy when his father’s career picked up. In 1968, the family moved to Malibu. In Malibu, he resumed his education at ‘Santa Monica High School’ where he became friends with Rob Lowe, Sean, and Chris Penn.

Estevez had some interest in scriptwriting even as a very young boy. He sent a script to the assembly team of the favored television series ‘Night Gallery’ when he was just eleven years old, which was produced by Rod Serling. Unfortunately, his script was turned down. At the age of eleven, his father gave him a Handycam. The Handycam was used by him to make movies and enjoyed acting together with his brother Charlie and friends Chris Penn, Rob Lowe, and Sean. During his senior school days, he lost interest in drama and got drawn to sports. After completing his education at ‘Santa Monica High’ in 1980, he made a decision to pursue an acting career. 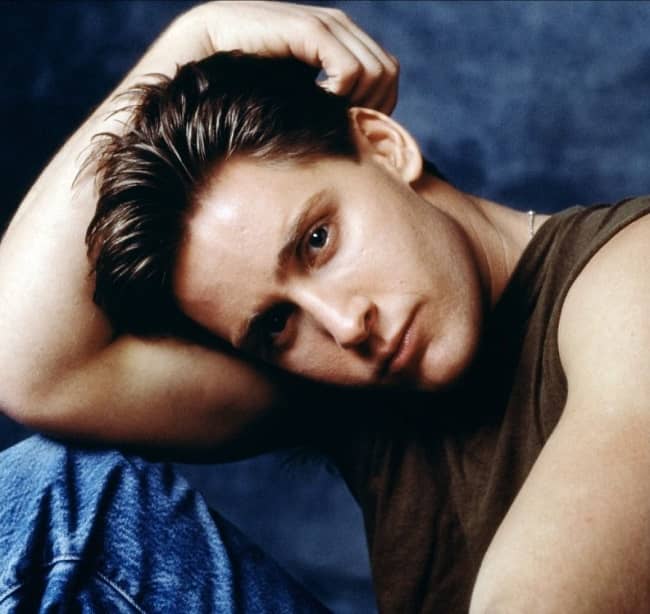 Caption: Emilio Estevez when he was young (Source: Pinterest)

In 1979, he accompanied his father to the Philippines for the shooting of the film ‘Apocalypse Now.’ Within the film, he acted the role of a messenger boy, but his role didn’t make it to the end. After completing his high school education, he decided to begin his acting career. He took the decision to keep his father’s original surname (Estévez) in order to maintain his own identity as an actor. In 1980, he began to show his presence in television movies; the most important being ‘ABC’s network’s ‘Seventeen Going on Nowhere’.

In 1982, he landed the main role and acted alongside Matt Dillon in the film ‘Tex’. The film, an adaptation of S.E. Hinton’s book, gave him a step forward in his career. In 1983, he made an appearance in Francis Ford Coppola’s ‘The Outsiders,’ an interesting adaptation of Hinton’s novel. He collaborated with actors like Dillon, Rob Lowe, Tom Cruise, Patrick Swayze, Ralph Macchio, and Thomas Howell. In 1984, he acted the role of ‘Otto Maddox’, a young punk rocker, in ‘Repo Man,’ which was directed by Alex Cox. The science-fiction comedy went on to receive cult status.

He had a role in ‘The Breakfast Club,’ a comic book drama by John Hughes, which was out within the year 1985. The movie was successful among the young audience. In 1985, he worked together with Tom Cruise and wrote a script for the movie ‘That Was Then… This Is Now’. He sold it to ‘Paramount Pictures,’ but the film achieved only moderate success. Emilio played the role of a college graduate in ‘St. Elmo’s Fire’ that turned out to be the cover story of the magazine  ‘New York’. The magazine tagged him as the leader of the ‘Brat Pack’ group.

In 1986, he had a role in Stephen King’s only directorial effort ‘Maximum Overdrive’. Though the film’s soundtrack included best-selling singles, such as ‘You Shook Me All Night Long’, ‘Who Made Who’, and ‘Hells Bells’, it broke down to make an impression on the critics and the fans. He then directed the movie ‘Wisdom’, apart from starring in it. The commercially rejected movies turned him into one of the youngest stars to write and direct a film.

In 1987, he acted in the role of ‘Det. Bill Reimers’ in ‘Stakeout’, a buddy cop action-comedy movie. The movie succeeded in the release of its sequel ‘Another Stakeout’ (1993). In 1988, he got success with the release of ‘Young Guns’ which became a huge favored box office. However, its sequel was out two years later which ‘however wasn’t as successful as its predecessor. In 1990, his first comic film ‘Men at Work’ came out. Though panned by the critics, the film achieved success as a mini-cult classic in the video stores. He appreciated box office success with the release of a popular ‘Disney’ film, ‘The Mighty Ducks’ in 1992.

Moreover, he made a cameo appearance in its sequel, ‘D3: The Mighty Ducks.’ e directed the film ‘The War at Home’ and released it in 1996. For nearly a decade, he achieved only moderate success with films like ‘Rated X’ and ‘Behind the Green Door.’ After taking a break from acting and directing, he wrote and directed the 2018 film ‘The Public.’ He also played the role of ‘Stuart Goodson’ in the film. Apart from being an actor and director, he is also an avid vine grower who promotes his products. 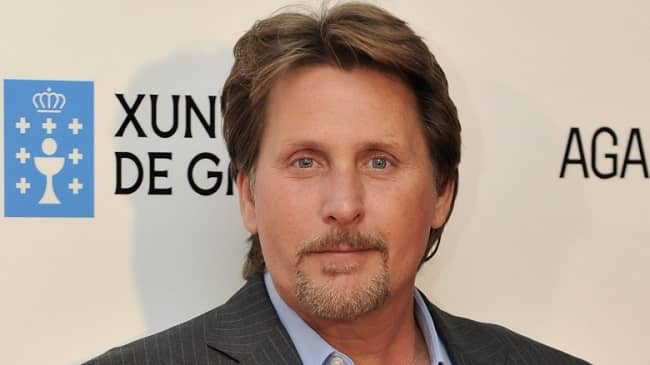 Since he showed his skills as a writer, actor, and director at a young age, he was acknowledged as the youngest multifaceted Hollywood personality. He was also listed among the ‘Promising New Actors of 1985’ in John Willis’ ‘Screen World’. The film ‘The War at Home’ which was released in 1996, earned positive reviews from the critics and won two ‘ALMA’ award nominations. In 2006, he won the ‘Hollywood Film Award’ for acting and directing the film ‘Bobby’. Apart from acting, he also wrote and directed the film. The film also earned him a 7-minute standing ovation at the ‘Venice Film Festival’.

The net worth of the talented artist is $18 million. Emilio Estevez earned his wealth from his profession as an actor, writer, and director. The film ‘The Mighty Ducks,’ a sports comedy released in 1992, was a great box office hit. The film earned $50,752,337 in the US, resulting in two sequels.

Emilio Estevez was in a relationship with Carey Salley, a ‘Wilhelmina’ model, from 1983 to 1986. The couple had two children, a son and daughter named Taylor Levi and Paloma Estevez, respectively. He was engaged to Demi Moore for a while, but in 1992 he married pop singer Paula Abdul. The marriage ended in divorce two years later. In 2006, he got engaged to Sonja Magdevski, a Macedonian journalist. They live in a Spanish-styled villa in Malibu. They grow vines and sell them under the label ‘Casa Dumetz’. 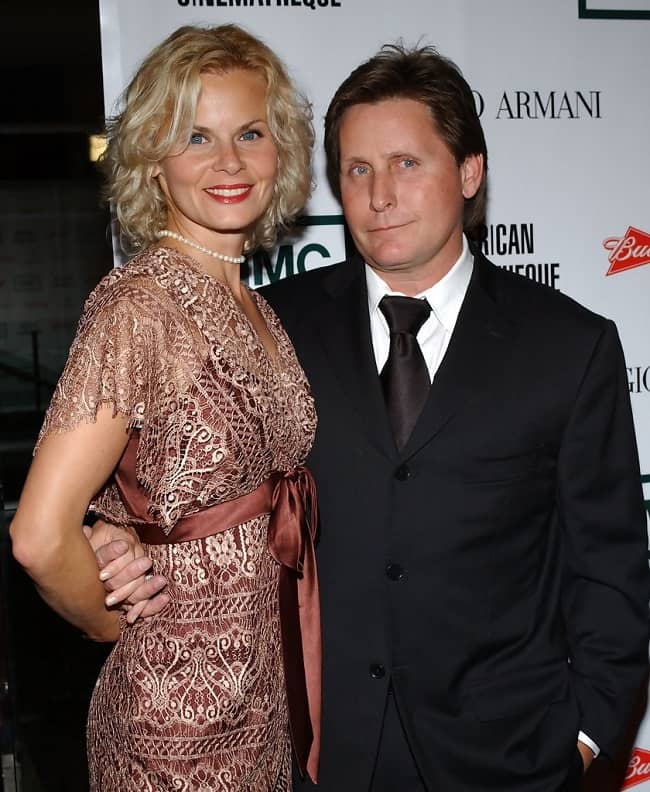 Regarding his body measurement, Emilio Estevez has a height of 5 feet and 6 inches. He has a weight of 68 kg. His hair color is dark brown and his eye color is blue. Moreover, he has an average body type. Other information regarding his other body parts measurement and dress sizes are not available at the moment.

Talking about his presence on social media, he is not active on any type of social media. He neither uses Instagram nor Twitter and nor Facebook. But he obviously has many fans. In addition, it seems like he does not like to get unwanted attention from the media and public.