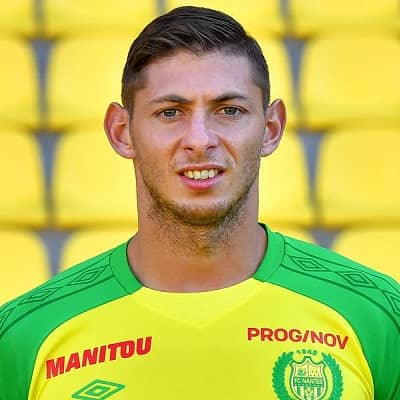 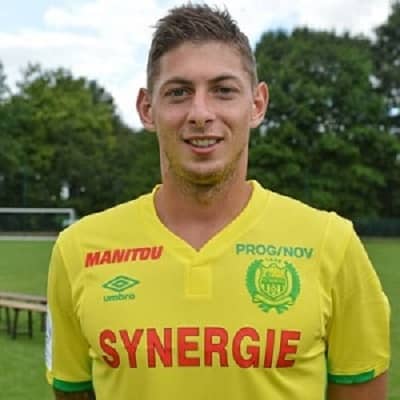 Emiliano Sala was a professional footballer from Argentina who played as a forward. Emiliano Sala began his professional career in France with Bordeaux in February 2012, after playing youth football in Argentina and a brief stint in Portugal’s regional leagues.

Emiliano Sala was born in Cululú, Santa Fe, Argentina on 31 October 1990. His full name was Emiliano Raúl Sala Taffarel. Sala had an Argentine nationality and followed the Christianity religion. Moreover, His zodiac sign is Scorpio.

Regarding his family background, Sala was born to Horacio Sala (Father) and Mercedes Taffarel (Mother). His father was a truck driver, and the family later relocated to Progreso.

He had a sister named Romina and a brother named Dario. He was an Independiente fan who grew up watching footage of his favorite footballer, Gabriel Batistuta. 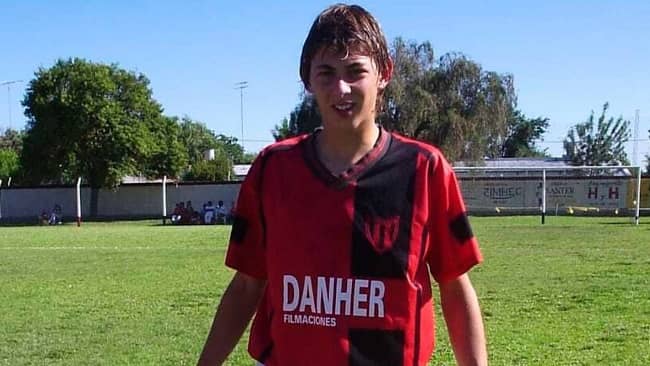 Speaking of his educational background, there is no information known about his academic knowledge. It seems that Sala had graduated from a well-known University somewhere in Argentina.

Talking about his career, When FC Crato, a Portuguese team, recommended Emiliano Sala, his fortune changed. In 2009, he became a member of the Portuguese team, and in one game, he scored two goals. But for personal reasons he chose to leave the club and go back home.

Following his contract with Bordeaux, he started playing again in the 2010–11 season. Only in the 2011–12 campaign, when he replaced Jussie, did he make his Bordeaux debut.

Despite this, Bordeaux wanted to loan him to other teams because he failed to establish himself. He was turned down a number of times before finally joining US Orleans for the Championnat National at Oliver Frapolli’s urging.

For the 2013-14 season, he was loaned to the Chamois Niortais. In his final 12 games, he scored eleven goals, doing well for the new squad. Moreover, In the game he played against Stade Lavallois, he also notched his first hat-trick.

In the 2014–15 season with Bordeaux, he reached the first team squad and received a two-year contract extension. He signed a 5-year contract with Nantes, a Ligue 1 club, in 2015.

On the first day of the new season, he made his debut and scored against Guingamp. He finished the season as the club’s leading scorer, with six goals. Despite receiving a £3 million offer from English club Wolverhampton Wanderers in 2016, he remained with Nantes.

In his second season with Nantes, he scored 12 goals and was among the club’s top scorers. He was still the leading scorer in the third season. 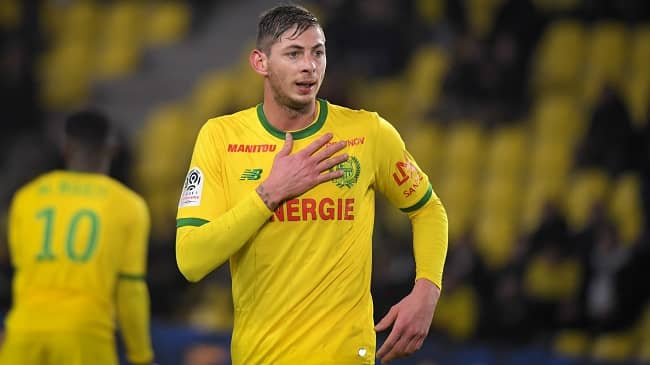 He got into a fight with Miguel Cardoso, the team’s new manager, in his fourth season, the 2018–19 campaign. His role was altered, as were his personal histories. Before the club’s manager was replaced in October 2018, he scored twice as a substitute.

The club’s new manager, Vahid Halilhodzic, preferred Sala to play in his old position. Sala performed well and beat Toulouse with a hat-trick. He scored four goals in three games in October, earning him the title of Ligue 1 Player of the Month.

Sala and Kylian Mbappe were the top two scorers in Ligue 1 by the beginning of December. He then scored another goal in his subsequent game against Marseille.

Sala agreed to a three-and-a-half-year, £15 million deal with Premier League team Cardiff City in January 2019. Sala declined a bigger offer from the Chinese Super League in order to play in the Premier League.

Emiliano Sala earned a huge amount of money through his hard work and brilliance. His estimated net worth was around $5 million at the time of his death in 2019. However, Emiliano Sala had never been a part of the brand endorsement.

On January 21, 2019, Emiliano Sala was supposed to fly to Cardiff to start his workouts. Before moving to Cardiff, he visited his former residence in Nantes to gather his personal belongings and to spend time with his teammates and friends.

He was scheduled to participate in Cardiff’s opening game against Arsenal. According to a report from January 22, the plane carrying Sala was missing and was last seen in Alderney.

Later in the day, it was revealed that Sala and the pilot, David Ibbotson, were both missing. Channel Islands Air Search started a search right away, but it turned up nothing.

The search was suspended officially on January 24, 2019, according to the announcement. The Guernsey Police reported that despite a thorough 80-hour search involving planes, helicopters, and lifeboats, neither the plane nor its occupants could be located.

Mauricio Macri, the president of Argentina, and other footballers including Diego Maradona, Lionel Messi, Gonzalo Higuain, and Sergio Agüero all voiced a wish for the quest to continue. For Sala’s agency, Sports Cover, an internet petition for a private search generated more than £320,000.

David Mearns, a marine scientist, led two boats in the search that was ultimately restarted on January 26. Two seat cushions from the aircraft were discovered by the search committee washed up on a French beach.

The Air Accidents Investigation Branch conducted another search on February 3. The plane’s wreckage was discovered in the English Channel by night whereas the search was only supposed to continue for three days.

It was announced that a body had been found among the ashes on February 7, 2019. It was officially recognized as Sala.

A Brazilian volleyball player named Luiza Ungerer claims to have dated Emiliano Sala at the time of his death. She has talked about their relationship and her feelings following the tragedy. She admitted that on the day of the accident, they had been messaging one another. 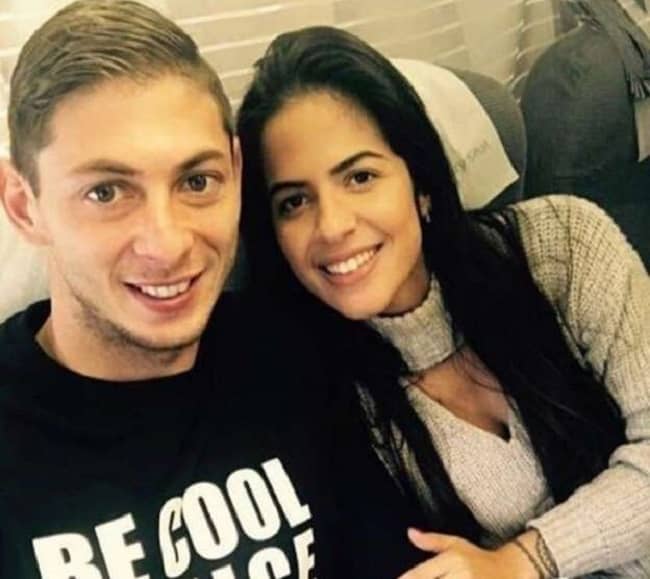 After the body was found, she posted a message on Instagram about how much she loved the Argentine. She subsequently participated in an interview with O Globo, where she provided additional details about their relationship and stated that they had been dating since 2017.

Emiliano Sala was very handsome and attractive, undoubtedly. He had a perfect height of about 6 feet 2 inches (187 cm) and weighed about 75 kg (165 lbs). In addition, Sala had blue pair of eyes and dark brown hair color.