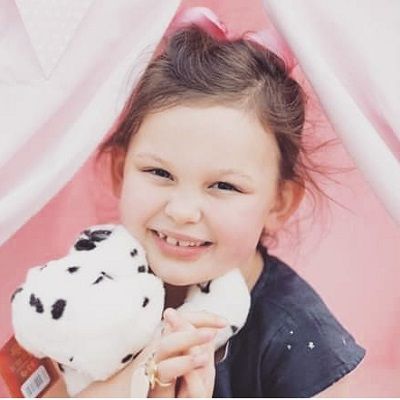 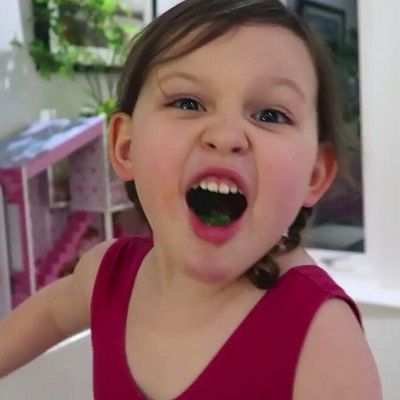 Emilia Saccone Joly was born on September 11, 2012, and her age is 9 years old. Emilia’s zodiac sign is Virgo. She was born in Cork, Ireland. However, in 2014 they shifted to Surrey, England. Eduardo weighed 7 lbs 3 oz at birth and was first introduced on her parent’s YouTube video ‘Lives Changed Forever’ having 5.3 million views. 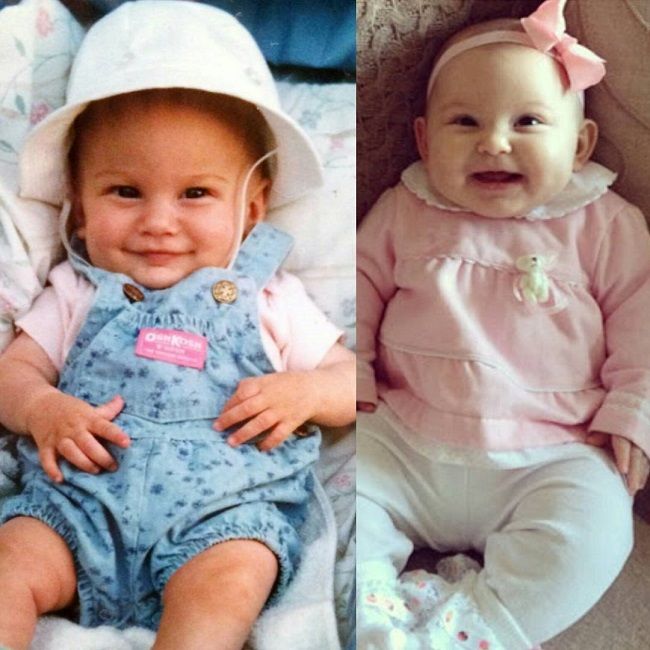 Likewise, Emilia belongs to Irish nationality. Emilia is the daughter of Jonathan Saccone and Anna Saccone-Joly. She is the eldest among her three siblings. Eduardo was born on April 9th, 2014, Alessia born on March 30th, 2017 and Andrew born on August 15th, 2018.  Similarly, there is an interesting fact about the initials of the sibling’s name. Emilia and her sibling Eduardo are called the E’s while her younger siblings Alessia and Andrew are called A’s.

At her fourth birthday, she had a theme party on the ‘Disney’ character, ‘Frozen.’ Her parents ( Anna and Jonathan) had  planned the party weeks before and even had arranged a couple of entertaining shows to keep the kids busy and entertained. And on her birthday, the adorable Emilia had distributed little bento-style lunchboxes filled with ‘Frozen-themed’ goodies.

Furthermore, about her education, there is no information regarding her school name and related information. Certainly, looking at the lavish lifestyle her parents are providing to her, it is obvious she is getting the best education since childhood. 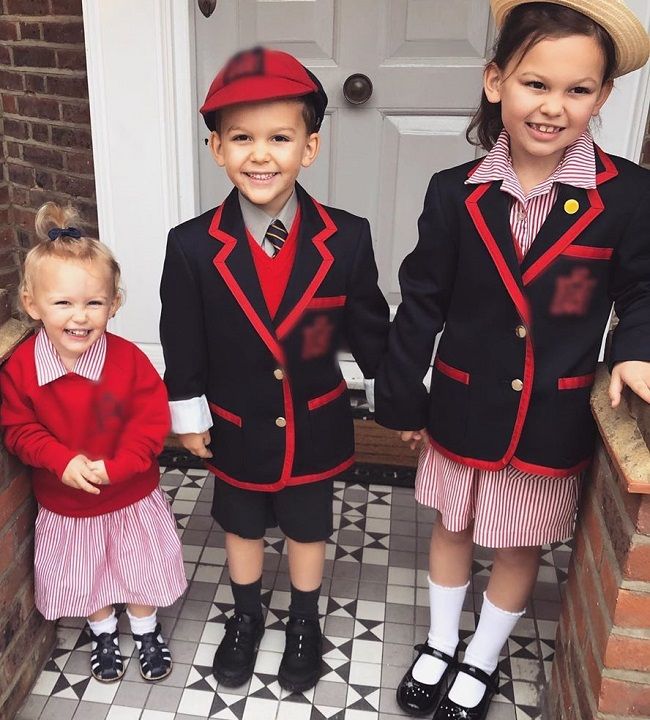 Caption: Emilia with her siblings in school uniform. Source: Instagram

Emilia is often featured on her family’s Youtube channel “Sacconejolys” and her mother’s channel “Anna Saccone”. Her family’s Youtube channel started on December 29th, 2009, and has over 1.87 million subscribers so far. Moreover, her mother’s channel has over 1.13 Million subscribers at present. Besides the YouTube videos featuring Emilia, ‘Lives changed’ has 5.3 million views, other videos featuring her are ‘Baby homecoming’ which has 1.4 million views, and ‘Baby’s first birthday’ has 449k views.

Some other videos featuring Emilia are ‘Conversation with my 2 years old, ‘Cute Baby Talk’ ‘Baby Drama Queen’ and many more. Jonathan Saccone, father of Emilia received an award, ‘Celebrity Dad of the Year 2019’ despite having tough competition like Prince William in the nominations. Other than that, the Saccone family hasn’t received other awards so far. In addition, her face is used in many memes and GIFs. Also, her video of herself singing was too cute and went viral.

The adorable child had stepped into the YouTube community right from the time she was born. She always had a connection with this video-sharing community as she was born to YouTuber parents. Similarly, when her mother, Anna, was pregnant with her, she confirmed the news to the viewers through a vlog, and after that, the couple regularly vlogged about the pregnancy. They had even the gender reveal ceremony to the delivery, the ‘Saccone-Joly’ couple captured every moment of Emilia’s arrival.

Likewise, as soon after her birth, her parents introduced her to the viewers through the video titled; ‘Lives Changed Forever.’ Shooting the birth turned out to be a bit of a task for Emilia’s parents as the hospital management had some objection to carrying a camera to the labor room. Later, the management even asked for a written apology and explanation for the act. Besides this, the family faced hatred and trolls from several other organizations.

These Irish organizations had problems with the family as they reveal too much about their personal lives. Similarly, they had even received death threats. Because of this, the whole family later shifted to England. Regarding her brand endorsements, the celebrity is currently not endorsing or promoting any brands or products. We hope to see her as the brand ambassador in the future.

Regarding her relationship status, Emilia is obviously single being a 7-year-old kid. She is young to be in any romantic relationship. However, growing up, she is surely going to attract many lovers by giving her good looks and a very graceful personality.

There were allegations and online trolls against Emilia’s father Jonathan regarding rape charges and child abuse. Emilia’s mother Anna said that the family had to face a very difficult time during her sister Alessia’s birth. There was a visit by the police in the hospital after trolls phoned them regarding child abuse and other charges. 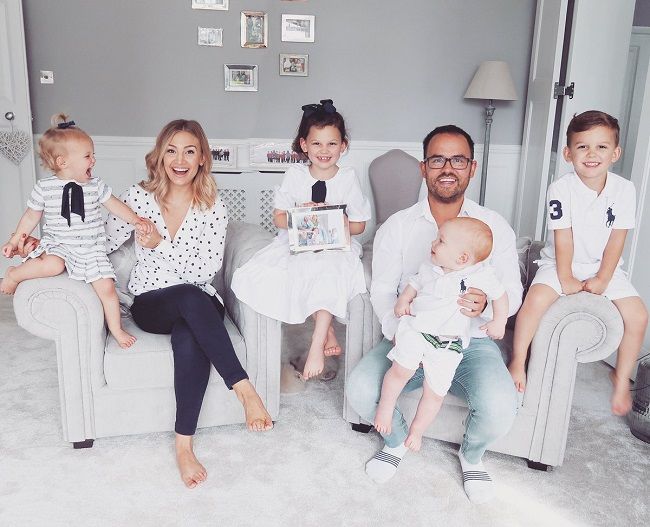 Caption: Emilia Saccone-Jo posing in the middle of her parents posing for a family photo along with her siblings (Source: Twitter)

She has fair skin with blonde hair and brown eyes. However actual body measurement of Emilia like height, weight, chest-weight-hip is not available at the moment. Emilia’s body measurement stats shall keep changing for several more years as she is still a child at present.