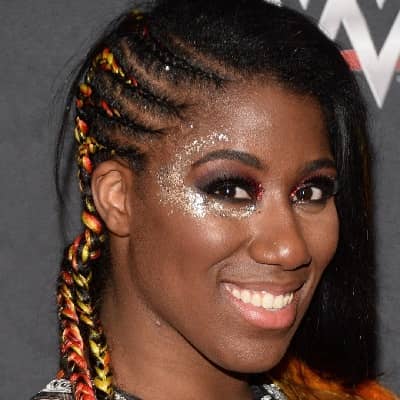 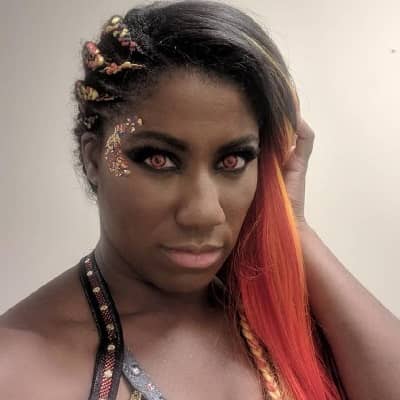 Ember Moon was born Adrienne Reese on 31st August 1988. She stepped into this world in her birthplace, Garland, Texas, United States. With this, her age is currently 33 years old and holds American nationality. Likewise, Ember follows Christianity while her birth sign is Virgo.

Moving on towards his family members, she was born to her father Max Moon, while her mother’s name is not known. She hasn’t revealed much regarding her family. However, her grandfather introduced wrestling to her. In terms of her educational status, she completed her schooling at Lakeview Centennial High School.

Here, she played many games such as tennis, softball, chess, and others. In her school. she used to be bullied for liking video games and wrestling being a girl. After schooling, she joined Eastfield College, the University of Texas in Arlington, and graduated from there.

Regarding her professional life, she made her debut for SHIMMER Women Athletes on September 11, 2010, with the name Athena. Her participation in SHIMMER Women Athletes was successful. During that time, she competed against several well-known wrestlers, like Rachel Summerlyn, Tenille, Jessie McKay, Jessica James, and others.

Ember made her debut for Women Superstars Uncensored on February 8, 2014, at their Mutiny event. On May 10, she was defeated once more by LuFisto in the annual Queen and King event. She beat Hania at Resurgence on September 13, although she would lose a rematch to Hania at Breaking Barriers III on November 8. She beat Niya Barela in the opening round of the WSU Spirit Championship Tournament on May 9 at Power.

Moving on, on November 16, 2012, she made her Shine Wrestling debut, defeating Ivelisse in a singles competition. Similarly, on May 23, 2014, she returned to SHINE 19 and was beaten by Amazing Kong. On January 23, 2015, she participated in a losing effort against Allysin Kay at SHINE 24.

She came into the limelight when she signed a deal with WWE on September 11, 2015, and was assigned to their developmental area, NXT. On October 10, she made her in-ring debut in a tag team attack at an NXT live event. From October 2015 through June 2016, she wrestled as Adrien Reese or Adrienne Reese. On June 8, 2016, she beat Peyton Royce in a dark match under her new ring name, Ember Moon, at NXT TakeOver:

The End. Likewise, she made her television debut on August 20 at NXT TakeOver: Brooklyn II, defeating Billie Kay after a series of introduction vignettes. She suffered a shoulder injury after Asuka threw her out of the ring on May 8, 2017.

Furthermore, she made a comeback to NXT on June 21, defeating Royce. Moreover, she won the vacant NXT Women’s Championship in a fatal four-way match on November 18, 2017, beating Royce, Nikki Cross, and Kairi Sane. The championship was subsequently turned over to Moon by Asuka, who made an unexpected entrance. Moon successfully defended her championship against Sonya Deville on the December 27 edition of NXT.

The next night, she made her main roster debut, competing in the first-ever women’s Royal Rumble match at the 2018 Royal Rumble. Shayna Baszler won the NXT Women’s Championship by technical submission over her on April 7, 2018, at NXT TakeOver: New Orleans. 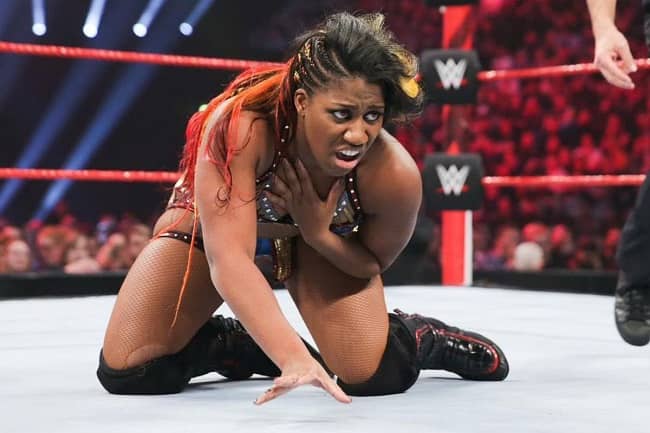 With a successful wrestling career, she has made a pretty handful amount of wealth. According to the online resources, she has an estimated net worth of $11  million US dollars as of 2022. However, there is no information about her salary, assets values, cars, houses, endorsements, and so on.

Reflecting on her personal life, she is currently in a married relationship with her husband, Matthew Palmer. Likewise, Matthew is also a wrestler. She dated him for several years before her husband proposed to her with a ring. They married each other on 3rd November 2018. To date, the pair don’t have children, 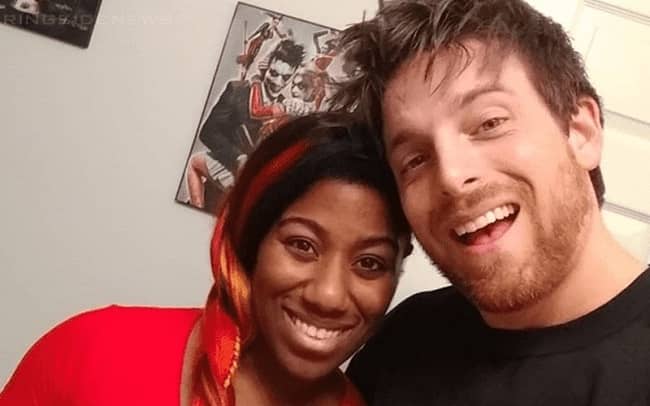 Enhancing her body measurements and social media, she is 5 feet 2 inches or 1.57 meters tall and weighs around 54 kg or 120 pounds. She has a fit and muscular body being a wrestler. In addition, she has black hair and a pair of black eyes.

In terms of her social media handles, Ember is not available on any of them.