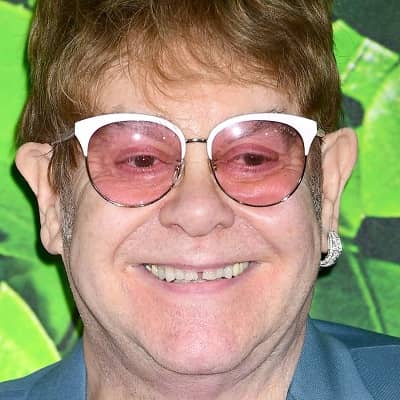 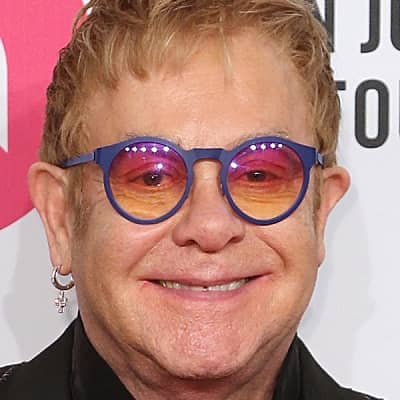 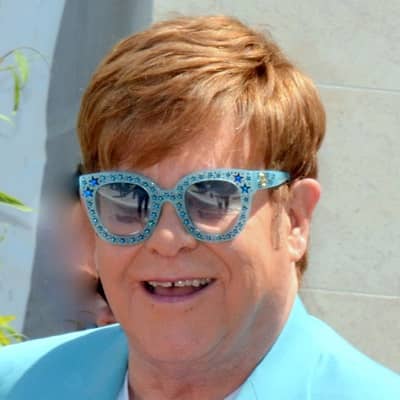 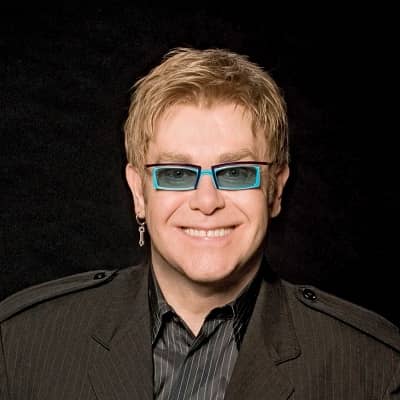 Elton John is a famous English singer-songwriter, composer, and pianist. Elton John is also internationally recognized for his work on behalf of the LGBT community as well as on AIDS.

Elton John was born on 25 March 1947 and he is currently 75 years old. He hails from Pinner, Middlesex, England, and his zodiac sign is Aries. Likewise, his birth name is Reginald Kenneth Dwight.

At present, his full name is Sir Elton Hercules John (CH CBE), as he has received the highest honors provided by the Queen of the UK.

Talking about his family, Elton is the eldest child. His parents were his father Stanley Dwight and mother Sheila Eileen (née Harris). Likewise, Elton’s father served as a flight lieutenant in the Royal Air Force.

Stanley rose to the rank of sergeant and later was commissioned in May 1945.

Elton’s father served at RAF Basrah in Iraq in 1949. Also, Elton’s father was a trumpet player with the Bob Millar Band. It was a semi-professional big band that played at military dances. Moreover, Elton grew up with his maternal grandparents in a council house in Pinner.

Elton moved into flat No. 3A in an eight-unit apartment building called Frome Court with his mother and stepfather. At Frome Court, Elton wrote the songs that helped him become a rock star. Elton lived there until he had 4 albums in the American Top 40. Caption: Elton John posing for a photo with his award. Source: Instagram

Elton attended Reddiford School; Pinner Wood Junior School; and Pinner County Grammar School. Then at the young age of 17 years, Elton left his school prior to his A-Level examinations. It was in order to pursue music.

Likewise, Elton John performed at parties and family gatherings from an early age. At the young age of 7 years, Elton began formal piano lessons. Then at age 11, Elton won a junior scholarship to the Royal Academy of Music.

For 5 years, Elton attended the Royal Academy of Music in London. Subsequently, he also attended Saturday classes at the Academy in central London. However, Elton left the Academy before taking the final exams. Likewise, the singer created his “Elton John” Youtube channel on February 25, 2006. So far, this channel has earned over 1.6 billion views and 2.3 million subscribers. Further, the English singer is active on Tiktok as @eltonjohn.

He has earned 783.2K followers and 3.6 million likes on this platform. Moving on, Elton John has a net worth estimation of around £360 million pound sterling.

In the year 2004, Rolling Stone ranked Elton John 49th on its list of 100 influential musicians of the rock and roll era.

Likewise, in 2013, Billboard ranked Elton John the most successful male solo artist on the Billboard Hot 100 Top All-Time Artists. It also listed him as #3 overall behind the Beatles and Madonna.

Additionally, Elton is also a fellow of the British Academy of Songwriters, Composers, and Authors. Queen Elizabeth II knighted Elton John for his services to music and charitable services in the year 1998. Additionally, the singer has performed at numerous royal events. This also includes the funeral of Princess Diana at Westminster Abbey in 1997; the Party at the Palace in 2002; and the Queen’s Diamond Jubilee Concert outside Buckingham Palace in 2012.

Elton then received France’s highest civilian award in 2019. The President of France, Emmanuel Macron, himself provided the Legion d’honneur. The French President also praised the singer for his work on behalf of the LGBT community.

Similarly, Elton John has been involved himself in the fight against AIDS since the late 1980s. In the year 1992, the singer established the “Elton John AIDS Foundation”.

After a year, the singer began hosting his annual Academy Awards Party. Since its founding, Elton’s foundation has raised over £300 million.

Caption: Elton John was captured during his campaign to fight against AIDS. Source: Instagram

Professionally, Elton John is a famous singer-songwriter. Elton is also a well-known composer and pianist. He has worked together with lyricist Bernie Taupin since the year 1967.

The duo has collaborated on more than 30 albums. With over 300 million records under his belt, Elton is one of the best-selling music artists of all time.

Likewise, Elton’s tribute single Candle in the Wind 1997 was rewritten in dedication to Diana, Princess of Wales. This tribute single is the best-selling single in the history of the UK and US singles charts.

By 1962, Elton formed Bluesology. It is an R&B band and Elton played with the band until 1967. The singer Bernie met Taupin in 1967. For two years, the duo wrote songs for various artists including Lulu.

Likewise, Elton also worked as a session musician for artists like the Hollies and the Scaffold.

Then in 1969, Elton released his debut album, Empty Sky. 1970 to 1976 was Elton’s most commercially successful period.

During this time, the singer released several albums like Honky Château, Don’t Shoot Me I’m Only the Piano Player, and Goodbye Yellow Brick Road among others.

Besides singing, Elton also has a successful career in musical films and theatre. Elton composed for The Lion King as well as its stage adaptation, Aida and Billy Elliot the Musical. Elton John is an openly gay person. He publicly came out as bisexual in an interview with Rolling Stone in 1976. Then in another interview with the same magazine in 1992, Elton accepted being comfortable being gay since 1988.

Prior to his coming out, Elton was engaged to Linda Woodrow in the late 1960s. However, they ended the relationship two weeks before their planned wedding.

Despite not having contact with Linda for the last 50 years, Elton helped pay for her medical fees when she requested in 2020.

In 1970, Elton lost his virginity and started his 1st gay relationship with John Reid. They ended their relationship five years later but kept their professional relationship as Elton’s manager until 1998.

Elton then married Renate Blauel on 14 February 1984. It was an extravagant wedding ceremony at Darling Point, New South Wales, Australia.

However, this marriage ended in divorce in the year 1988. Renate sued Elton in 2020. It was for writing about their relationship in Elton’s 2019 book, Me: Elton John Official Autobiography. Renate claimed that Elton broke the terms of their divorce agreement.

In the year 1993, Elton began a relationship with David Furnish. On 21 December 2005, Elton and David were among the 1st couples to form a civil partnership in the United Kingdom, held at Windsor Guildhall. This was the day the Civil Partnership Act came into force.

After same-sex marriage became legal in the UK in March 2014, the couple married in Windsor, Berkshire. Their wedding was on 21 December 2014.

This was also the 9th anniversary of Elton and David’s civil partnership. The couple also has two sons: Zachary Jackson Levon and Elijah Joseph Daniel.

They welcomed Zachary on 25 December 2010 in California through surrogacy. Likewise, the family welcomed Elijah on 11 January 2013 through the same surrogate. Caption: Elton John posing for a photo with his husband David Furnish at the 2021 Brit Awards. Source: Instagram