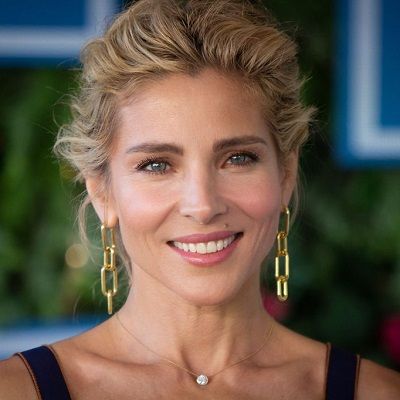 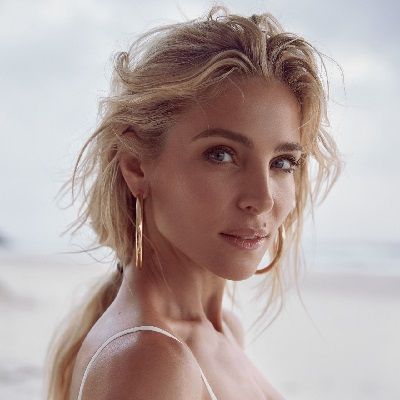 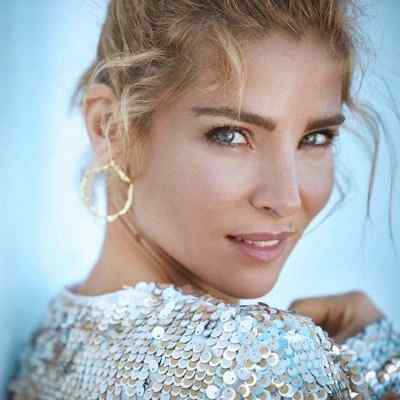 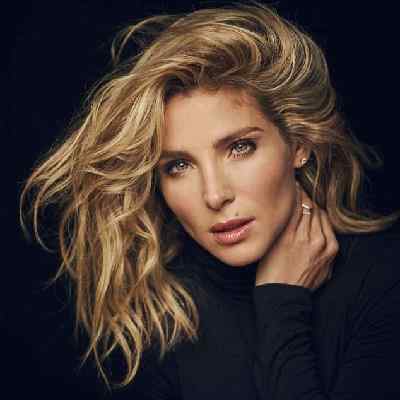 Elsa Pataky is a popular Spanish actress, model, and film producer. Elsa Pataky is best known on the international stage as ‘Elena Neves,’ which was the name of her character in the ‘The Fast and the Furious franchise for several years.

Her mother is a well-known publicist and her father is a Spanish biochemist. Moreover, She has a younger half-brother, Cristian Prieto Medianu.

He is a cinematographic director. Through her mother, Pataky is of both Hungarian and Romanian descent.

She attended the ‘Universidad CEU San Pablo’, where she studied journalism. She also enrolled in acting classes to pursue her dream of becoming an actor.

In addition to Spanish and Romanian, she is fluent in English, Italian, and French, having studied languages throughout her childhood and early acting career.

Similarly, Pataky was also a member of a Madrid theater company named ‘Teatro Cámara de Ángel Gutiérrez,’ and she eventually left university when she was cast in the local Spanish TV series ‘Al Salir de Clase’ in 1997.

Many of Pataky’s subsequent films were co-productions with the UK and France, which introduced her to both French and English languages. This helped her in her career, too. 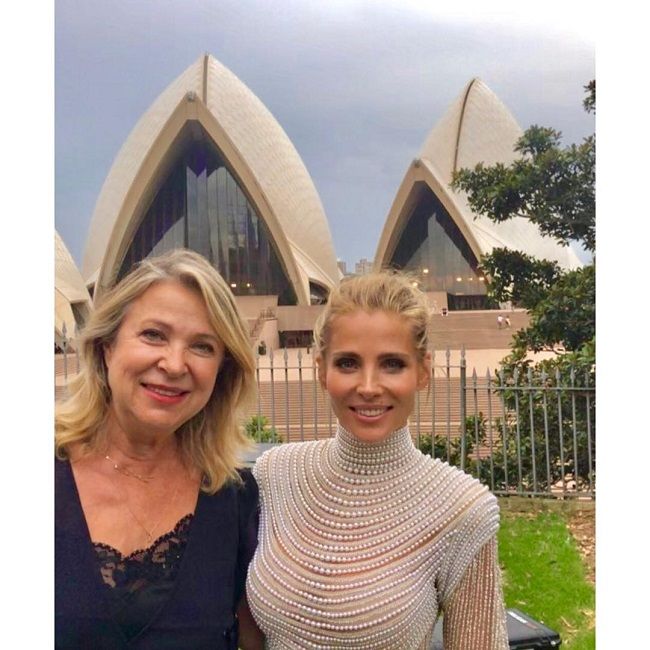 The beautiful Elsa stands a height of 5 feet 3 inches tall and weighs around 51 Kilos. Similarly, her chest-waist-hip measurements are 34-24-33 inches respectively.

She has a slim body type. Further, she wears a dress size of 4 (US). She has a pretty pair of blue eyes and blonde hair.

Elsa is active on social media sites. Her Instagram ‘@elsapatakyconfidential’ has earned over 3.7 million followers.

She is active on Twitter with more than 77.4K followers. Likewise, her official Facebook page has gained over 331K followers.

Elsa Pataky was part of the cast of the US TV series ‘Queen of Swords’ (2000). She portrayed ‘Señora Vera Hidalgo’ in 14 episodes of the series.

However, the series was not successful and was canceled after a few episodes were aired. As a young actor, she also had a recurring role in the Spanish TV series ‘Los Serrano’, as a young teacher in love with her student.

She appeared in 11 episodes of the long-running drama.

Her success in Spain has been nothing short of phenomenal, with roles in more than 18 films and three TV series. She has also been part of innumerable national endorsements and has made many celebrity appearances.

Moreover, she worked consistently in a wide range of film genres, including comedy, action, drama, and thriller. Her title role in the comedy film ‘NINETTE’ (2005), which was written and directed by ‘Academy Award’-winning José Luis Garci, brought her unanimous critical acclaim. It also established Pataky as a rising star and a potential leading lady.

She has appeared in many Spanish films. She has co-starred in the French film ‘Iznogood’ and has appeared in ‘Manuale d’amore 2’ (2007). The latter had the second-biggest box-office opening weekend ever in Italy.

In 2008, she appeared in another French movie, ‘Skate or Die,’ directed by Miguel Courtois. However, she found international fame in Hollywood.

Pataky launched her Hollywood film career in 2006, in a supporting role in the film ‘Snakes on A Plane,’ appearing alongside Samuel L Jackson. She became famous after playing ‘Officer Elena Neves’ in the 2011 movie ‘Fast Five,’ with Dwayne Johnson as her partner, ‘Luke Hobbs’.

Following this, ‘NextMovie.com’ named her one of the “Breakout Stars to Watch For in 2011”. Pataky starred as ‘Adrielle’ in the Australian web-based series ‘Tidelands’. It was released on ‘Netflix’ on December 14, 2018.

She produced the 2013 romantic drama ‘The Wine of Summer’. 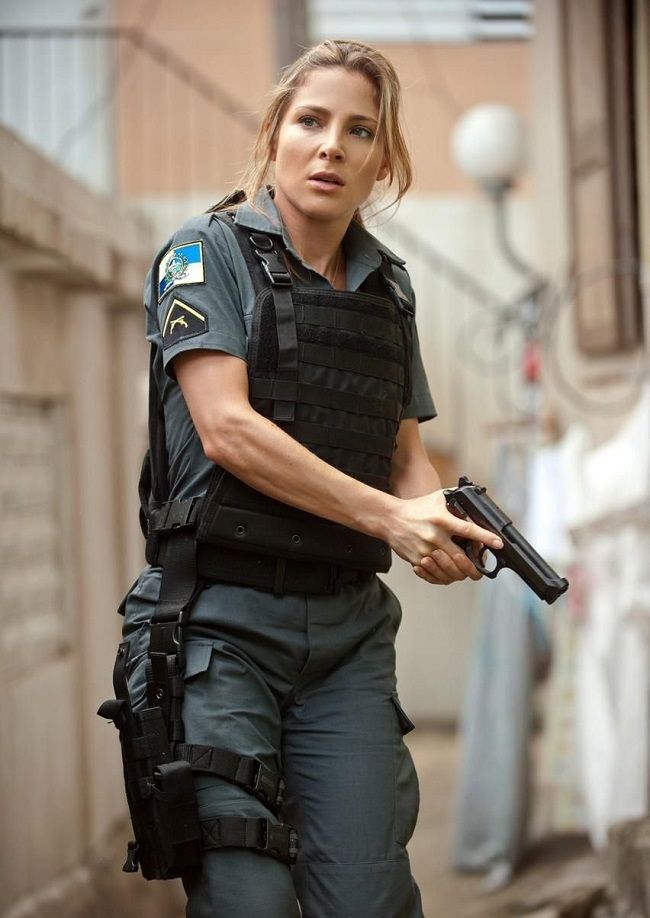 Elsa dated French actor, Michaël Youn from 2004 to 2006. Youn broke up with her after finding out she was cheating on him.

Therefore, he wanted to surprise her on her birthday when she was filming Snakes on a Plane in Canada, but when he arrived at her hotel, he saw her kissing one of the movie’s producers.

He gave her a bunch of flowers he bought her and flew back to Paris.

The couple was later photographed relaxing at their home in New York and was featured in a 30-page article in ‘HELLO!’ (October 2008). However, they broke up in 2009.

In early 2010, Pataky started dating Australian actor Chris Hemsworth. They had met through their shared management team, ‘ROAR’. Pataky and Hemsworth married on December 26, 2010, after remaining engaged for 5 months.

They have three children: a daughter, India Rose Hemsworth, born in May 2012, and twin sons, Tristan and Sasha, born in March 2014.

In September 2012, Spain’s ‘Supreme Court’ ordered the Spanish publishing group ‘Ediciones Zeta’ to pay Pataky €310,000 in damages. Allegedly, the magazine ‘Interviu,’ part of the ‘Zeta’ stable, had published revealing photos of Pataky that were taken secretly while Pataky was changing during a 2007 photoshoot for ‘Elle’. 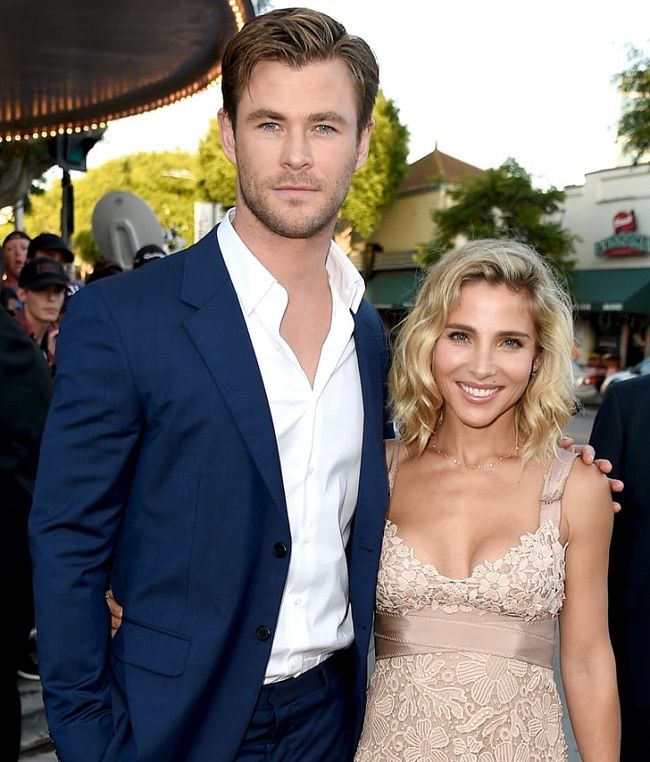