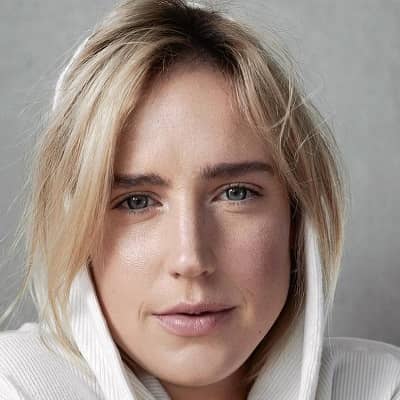 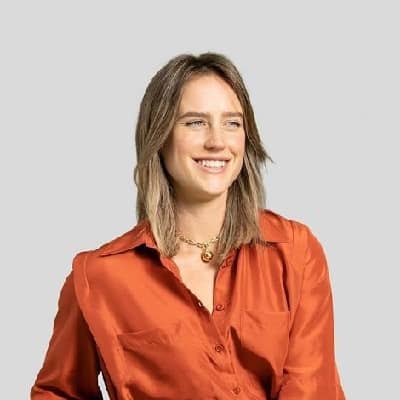 Ellyse Perry is a talented sportswoman and also the 1st Australian personality who has actively and support her country internationally in both sports, cricket, and football. In fact, Ellyse Perry came up with his first appearance within two weeks.

The athlete’s birthdate is 3rd November 1990 and her birthplace is Wahroonga, New South Wales, Australia. Her full name is Ellyse Alexandra Perry and she is an Australian native. Likewise, the athlete follows the Christian religion and her ethnicity is Caucasian ethnicity. Ellyse’s age must be thirty years old as of 2020 and her sun sign is Scorpio. The name of the sportswoman’s parents is father, Mark Perry, and mother, Kathy Perry. Perry also has a brother and her name is Damien Perry.

Regarding the sportswoman’s educational background, Ellyse Perry went to Beecroft Public School for her school studies. Ellyse then attended Pymble Ladies’ College and graduated from there in the year 2008. After that, the football player went to the University of Sydney and was studying in the field of economics and social science. When the athlete was still in her school days, she had already started playing various sports such as athletics, golf, cricket, tennis, touch football, soccer, etc.

Perry got into the championship of the college’s athletics and the cricket groups when she was in Pymble. After Perry got sixteen years old, New South Wales drafted her in January 2007 for the under-nineteen interstate tournament. There Ellyse did a very great job and even won all 3 games. After a month, the athlete was chosen as a member of the Australian Youth team for a New Zealand tour however she underperformed there. Then, Ellyse became the fast-tracked for the senior national group. 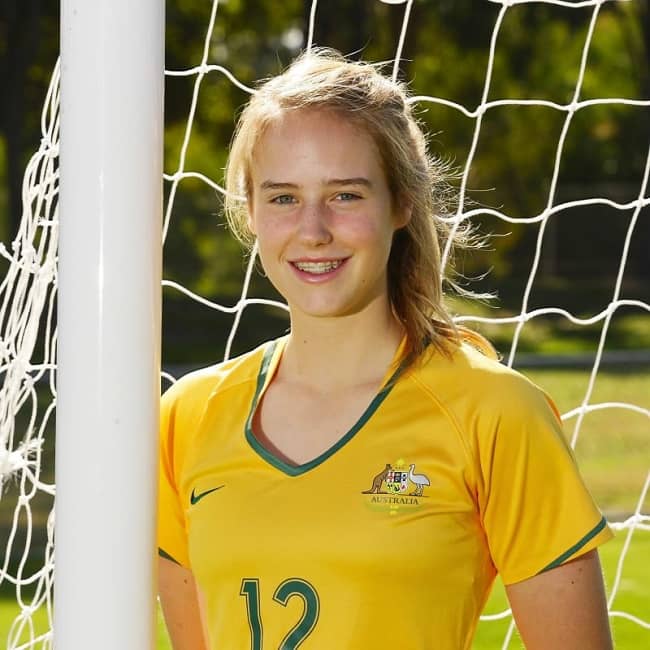 Caption: Ellyse Perry when she was young (Source: FIFA)

On 22 July 2007, the athlete made her 1-day international (ODI) appearance opposite to New Zealand, in Darwin as a national team player. Ellyse eventually turned to be the youngest Australian (male or female) ODI cricketer. The athlete then made her 1st appearance in the ‘Women’s National Cricket League (WNCL), from the side of ‘New South Wales’ at the time of Australian summers from 2007 to 2008. Ellyse filed her 1st ‘WNCL’ wicket opposite Karen Rolton.

Moreover, she made her batting appearance in the 2nd game of the double-header. At the age of seventeen, the athlete turned to be the youngest Australian Test cricketer ever on 15th February 2008. In the year 2009, Perry underperformed in the inaugural ‘Women’s World Twenty20’ tournament in England. The athlete then filed her as the best limited-overs-cricket score in the ‘WNCL’ from the year 2009 to 2010. She got the name of the ‘Player of the Match’ in the ‘World Twenty20’ finishing in 2010, where Australia was the winner of the series.

Perry was the beginning bowler in the ‘ICC Women’s Cricket World Cup’ in 2013, in India. In June 2015, Ellyse reach on top for the highest runs and wickets in the ‘Women’s Ashes’ tour 2015 in England and even got the Player of the Series award. The athlete became the captain of her ‘Sydney Sixers’ group in the 1st season of the ‘Twenty20 Women’s Big Bash League’ in 2015 and came to an end at the 2nd spot. Perry was in the game in opposition to India in the ‘ICC Women’s World Twenty20’ on 17th November 2018.

There she turned to be the 1st Australian to be in the game in hundred Twenty20 international games. Then, Ellyse was present in the last game opposite England. The athlete was the 4th female cricketer to hit 2 centuries straightly in the ‘Ashes’ Test in 2019. In the second ‘WT20I’ game of the ‘Women’s Ashes,’ Perry became the 1st (male or female) to file a thousand runs and take a thousand wickets in Twenty-20 international cricket.

On 4th August 2007, the athlete made her first international as a soccer player with a great game for the Olympics, opposite to Hong Kong. Then, she went to ‘Canberra United’ for the ‘W-League’ season in 2009. The same year, Ellyse shared the ‘Young Player of the Year Award’ together with Elise Kellond-Knight of ‘Brisbane Roar’. She then got the whole ‘Club Player of the Year’ honor. In 2010, she refused the offer to be present at the AFC Women’s Asian Cup 2010 to get into her group in the ‘ICC World Twenty20’. Perry was then present at the ‘FIFA Women’s World Cup’ in 2011 in Germany.

She even became the 1st Australian woman to show the nation in a senior ‘World Cup’ series for 2 sports. In the year 2012, chief executive of ‘Canberra United FC,’ Heather Reid, questioned Perry to select between soccer and cricket. After that, she signed together with ‘Sydney FC’ for the season from the year 2012 to 2013 in order to stay in Sydney and resume her cricket career and university education. However, the latest ‘Matildas’ coach Hesterine de Reus reported that Perry would be quitting from the soccer group, as she wasn’t playing the sport well every year to keep the international level.

Furthermore, the athlete was the host of the ‘Triple J’ radio breakfast portion ‘Perry Good Sports Woman. ‘SportsPro’ magazine gave Ellyse the name of being the most marketable Australian athlete and the thirty-sixth-most marketable sportsperson in the world in 2013. Perry was then present in a ‘Jockey’ underwear commercial. In the year 2016, she brought a series of kid’s books that presented her as a young sports expert. 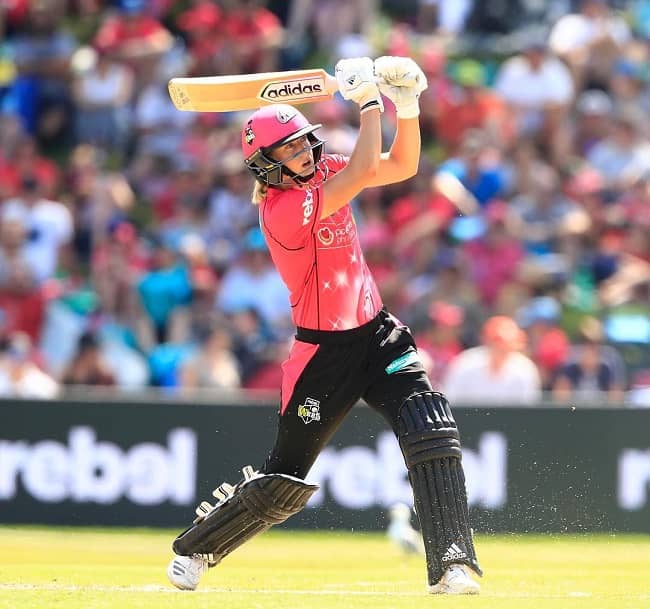 Being an outstanding and successful athlete, Ellyse Perry has been earning a good amount of money from her career. The athlete has a stunning net worth of around $14 million as of 2020. Ellyse still is earning a good amount of money from the interviews, appearing in several shows, endorsements, collaborations, and many more. As of now, the athlete is living a luxurious and happy life together with her husband.

Ellyse Perry is a happily married personality and the name of her husband is Matt Toómua. Matt is a rugby player who is also an Australian citizen. Their engagement was on 20th August 2014 and their wedding was on 19th December 2015. The couple was in a romantic relationship for a long time but announced their relationship on 24th October 2013 at the ‘John Eales Medal’ ceremony. However, the couple decided to partaway in 2020.

Apart from this, there is no more information regarding their past relationship, etc. Also, the athlete has never been in any controversial matters to this day as she has been very focused on her career only. 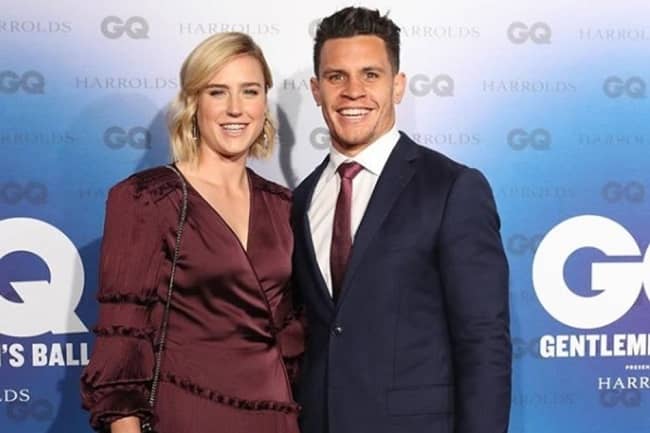 Talking about the athlete’s body measurement, Ellyse Perry has a good height of 5 feet 9 inches or else 176 cm or 1.76 m. Ellyse Perry also has a slim body type with a suitable body weight of 62 kg or 136.6 lbs. Likewise, the athlete wears a shoe size of 7 (UK) and has a very fit and healthy body. Being an athlete, Ellyse Perry does exercises every day and loves to follow her daily routine. In addition to that, Perry has a pair of grey eyes with blonde hair.