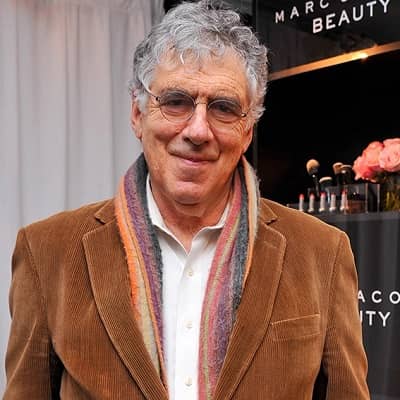 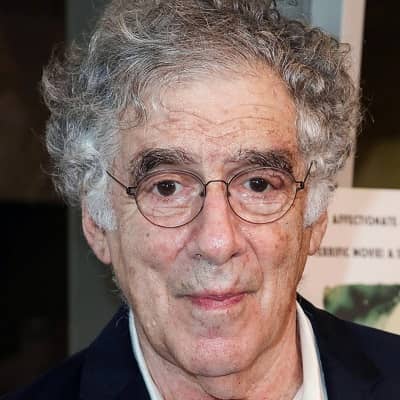 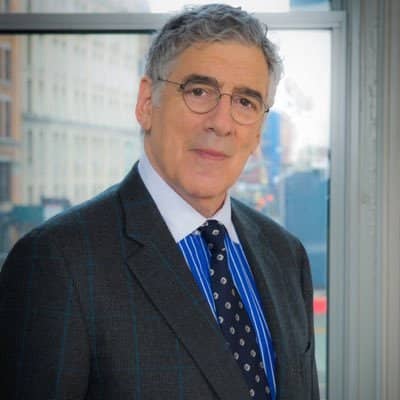 Elliott Gould is a popular American actor. Elliott Gould is a well-known veteran actor who has played remarkable roles in films and series including Bob & Carol & Ted & Alice, M*A*S*H, and Bugsy among many others.

Elliott Gould (né Goldstein) was born on 29 August 1938 and he is currently 83 years old. He hails from Bensonhurst, Brooklyn, New York, and his zodiac sign is Virgo. Talking about his family, his mother is Lucille (née Raver) and his father is Bernard Goldstein.

His mother sold artificial flowers to beauty shops whereas his father worked in the garment business as a textiles buyer. His grandparents were emigrants from Ukraine, Poland, and Russia, and Gould’s family was Jewish. Talking about his education, this personality graduated from the Professional Children’s School. 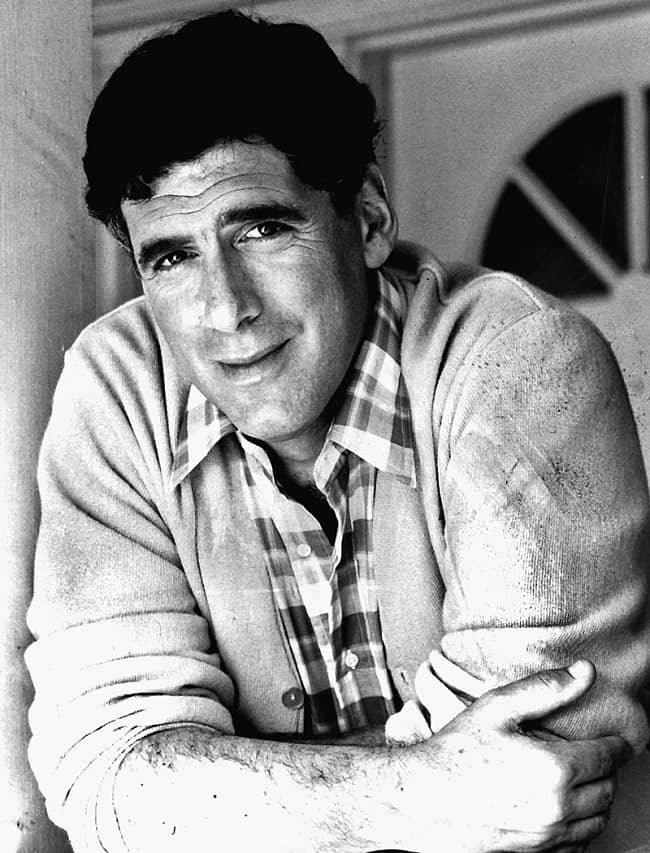 Caption: Elliott Gould in a photograph from his youth. Source: Wikipedia 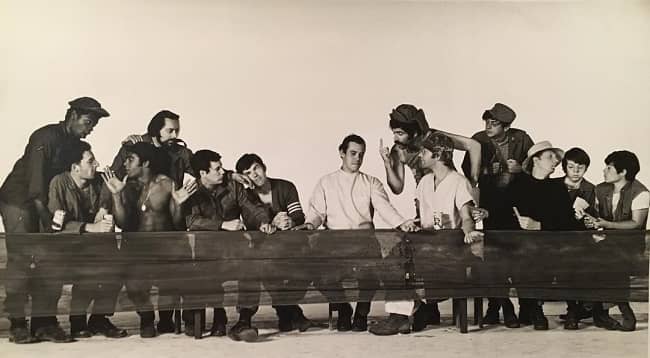 Professionally, Elliott Gould is a popular actor. This actor started acting in Hollywood films during the 1960s. People recognize him best for his performance in the comedy Bob & Carol & Ted & Alice in the year 1969. For this role, he received a nomination for the Academy Award for “Best Supporting Actor”.

Besides this, this actor is also well-known for his lead roles in M*A*S*H, The Long Goodbye, and California Split released in 1970, 1973, and 1974 respectively. He won the 1970 Laurel Awards for “Comedy Performance – Male” for his role in M*A*S*H. He is also popular for his roles in other films like Little Murders, The Touch, Capricorn One, The Silent Partner, Bugsy, and American History X. 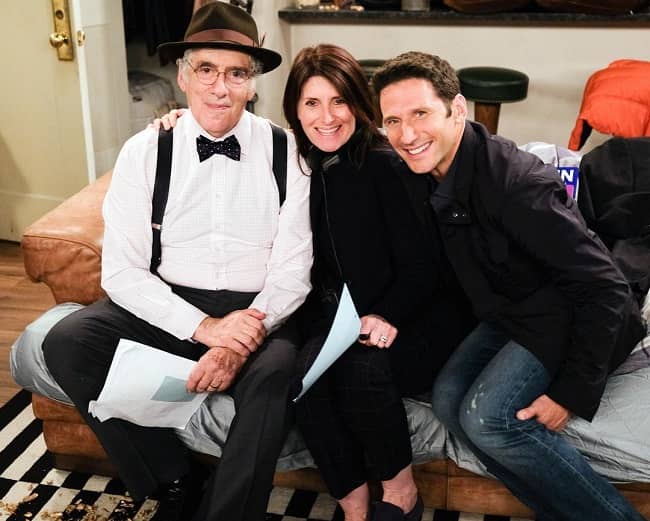 Caption: Elliott Gould posing for a photo with his co-stars of 9JKL. Source: Instagram

Furthermore, this actor had recurring roles as Jack Geller on the TV sitcom Friends, as Reuben Tishkoff in the Ocean‘s film series, and as Ezra Goldman on the TV series Ray Donovan. Likewise, he also hosted Saturday Night Live six times starting in 1975. This actor also helmed E/R in 1984.

Likewise, he also co-starred in the series Nothing Is Easy. His acting credits also include The Muppet Movie and The Muppets Take Manhattan. Additionally, he also voiced the character of Mr. Stoppable on the Disney Channel’s animated series Kim Possible in 2002.

Additionally, his actor serves on the Screen Actors Guild National Board of Directors. This popular actor became one of the many celebrity producers of The 1 Second Film collaboration in June 2009. He is also famous for his association with charitable causes including Save Ellis Island among others.

Elliott Gould has been married and divorced three times – twice to the same woman. He tied the knot with Barbra Streisand on 13 September 1963. With Barbra, he shares one child namely Jason Gould, who is also an actor. After a two-year separation, the couple divorced on 6 July 1971.

On 8 December 1973, this actor tied the knot with Jennifer Bogart. Jennifer is the daughter of director Paul Bogart. With Jennifer, the actor shares two children namely Molly and Samuel born on 18 November 1971 and 9 January 1973 respectively. The couple welcomed their two children before their marriage. However, this actor divorced Jennifer on 5 October 1975.

This actor’s 3rd marriage was with Jennifer Bogart once again. With Jennifer, the actor tied the knot for the 2nd time on 9 June 1978. However, the couple separated once again on 5 September 1989. 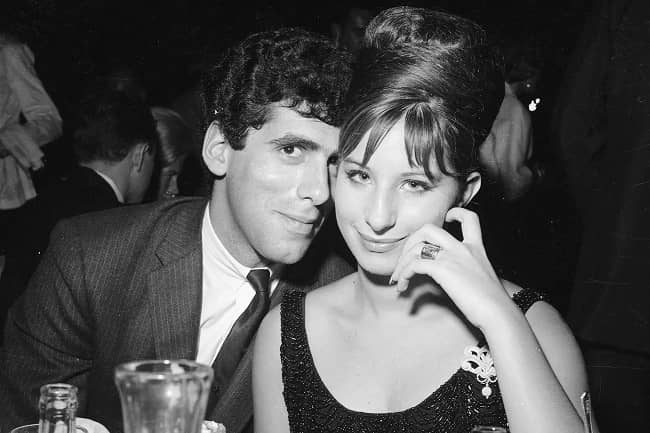 Elliott Gould’s height is around 6 feet 3 inches or 1.91 meters and his weight is approximately 85 kgs or 187 lbs. Likewise, the veteran actor has a bicep sized 14 inches. Further, this American actor has brown hair that has turned grey with aging and brown eyes.

It is unclear if Elliott Gould has official profiles on social media platforms or not. However, there is an account under the username @elliottgould on Twitter created in October 2014 and has 3.3k followers. This account introduces the actor as “Actor. Producer. Father. Grandfather. Animal lover.”

Similarly, there is an account under the username @elliottgould on Instagram having 7.2k followers which also has the same introduction of the actor. Hence, we can only assume that these two might be the official accounts of the veteran actor. Moving on, this veteran actor has a net worth of around $10 million US dollars.