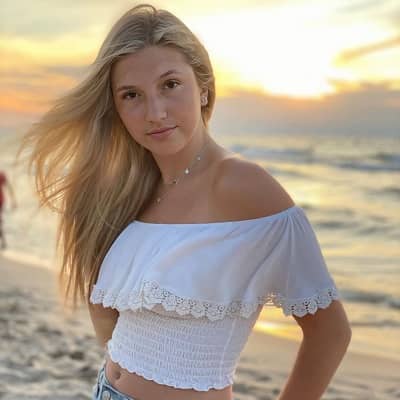 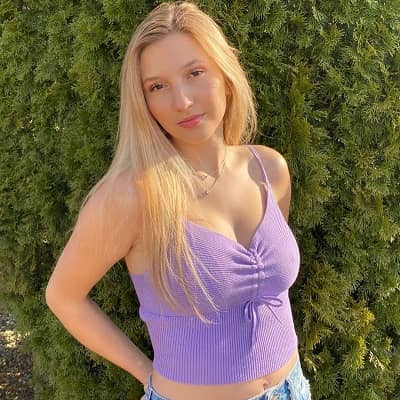 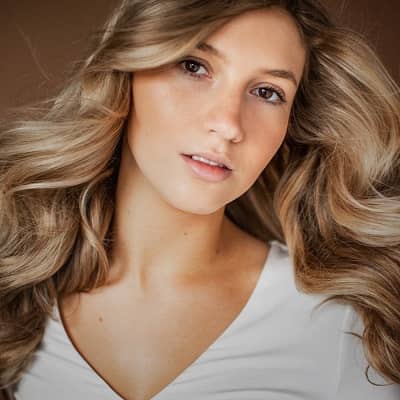 Ellie Vandeel came to this world on November 30, 2000. She was born in Indiana, USA, and she now resides in Indianapolis, Indiana, USA. Currently, she is 20 years old and her birth sign is Sagittarius. She has a younger brother and an older sister. But, their names are not revealed. She has a dog named Sophie.

Moreover, she attended Crown Point High School in Crown Point, Indiana. After she graduated high school, she enrolled in the University of Indianapolis (UIndy) in Indianapolis, Indiana, United States, and studied nursing. Further, she met her best friend, Bella Vasko, at the age of 7, and the two remained inseparable from that point onwards.

According to her, Halloween is the worst holiday. Her brother annoys her by hiding a skeleton around the house during Halloween. Moreover, Soccer was the 1st sport she played. She thinks that no one she knows sneezes more obnoxiously than her. She has a funny but annoying problem of forgetting the drink on top of her car and driving off.

Moreover, she played basketball in The Iowa High School Athletic Association (IHSAA). She enjoys horseriding in her spare time. Her most comfortable sleeping position is laying on her stomach with both her hands underneath her body. Moreover, she always sleeps on the right side of the bed. 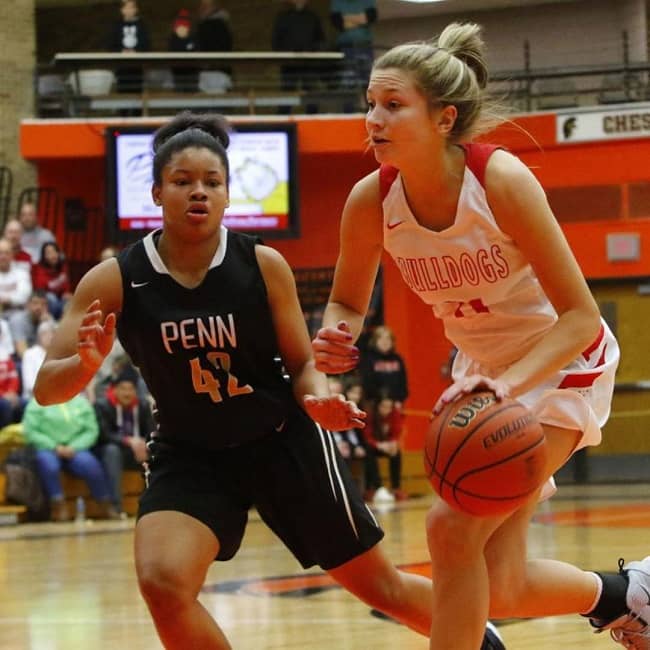 Ellie is a TikTok star whose singing and dancing videos with her friends have amassed her 972K fans. She has set TikTok videos to artists like Charli XCX and Shaggy. Her first Instagram post was on September 22, 2013, and was a photo of her and a friend. Moreover, she launched a YouTube channel on April 30, 2019, with a video titled “My Boyfriend Does My Makeup”.

She has endorsed brands such as Gym+Coffee, A Pink Boutique, Vienna Prom, Ivory Ella, BlastZ, and Novashine Teeth Whitening. Moreover, her Tiktok account has earned more than 972.9K followers and more than 50.8 million likes. Her self-titled YouTube channel has gained over 31.5K subscribers.

Similarly, some of the most popular videos are ‘we broke up…’, ‘I PRANKED MY BF’, ‘BEST FRIEND VS. BOYFRIEND’, ‘MY BOYFRIEND DOES MY MAKEUP’, ‘Q&A COUPLE EDITION’, ‘BEACH DATE’, ‘PRANKING MY BF (HE GOT SO MAD)’, ‘TURNING MY BOYFRIEND INTO A GIRL’, and many more.

Some of her recent TikTok videos are ‘here’s her reaction to me replacing her dream sneakers that got stolen ? @itsromymarie #NeedToKnow #reaction #foryou #fyp’, ‘do y’all wanna see her reaction it’s the cutest thing ever ???? #sneakers #reaction’, ‘you have to live a little sometimes ✈️ @itsromymarie #makeitmini #OurType #fyp’, ‘my step dad said he could act like me… #RecordsDay #NBADraft #foryou #fyp’, and many more. 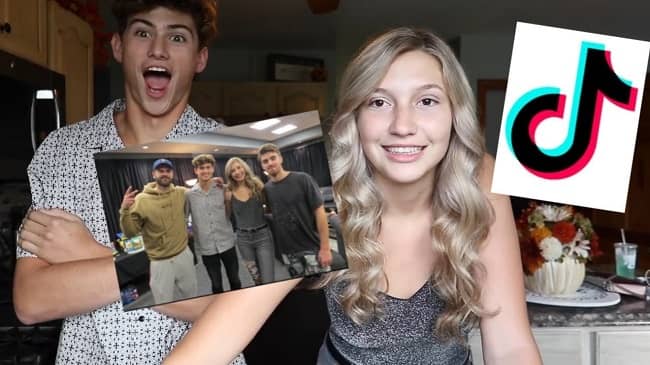 Talking about her personal life, she previously dated Grant Marshall. Therefore, on September 1, 2018, they began dating. They attended the same school, which is how they 1st met. She added him on Snapchat and they began talking about fishing. Grant thought things were over between them since she “blew him off” for 2 weeks after their 1st date.

In reality, she got really sick and was in bed, throwing up. In April 2019, the two also attended her prom together. However, on April 10, 2020, Ellie uploaded a video titled ‘we broke up…’ where she briefly explained why they broke up. The duo even had a collaboration YouTube channel ‘Ellie and Grant’. The channel has over 2.41K subscribers. 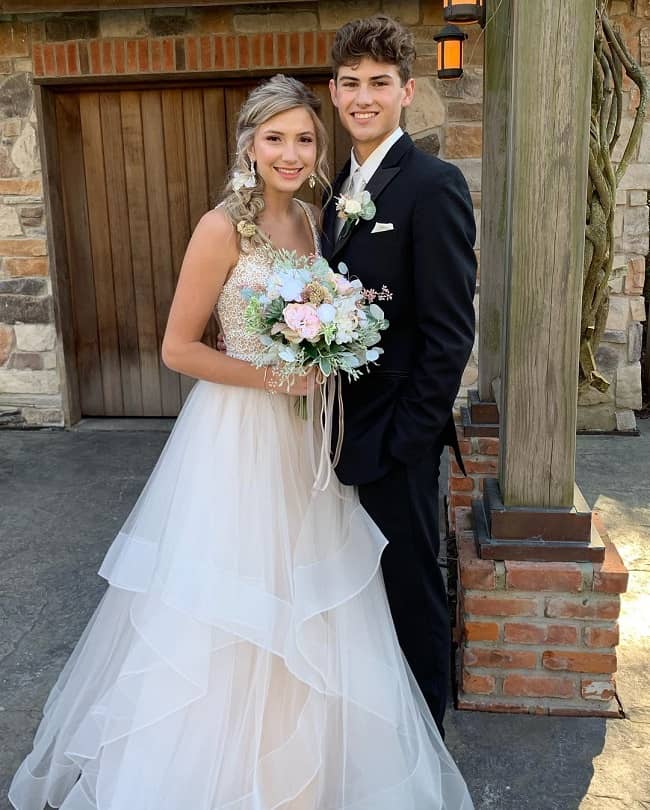 Ellie is 5 feet 10 inches tall and weighs around 60 kilos. She has blonde hair and a pair of brown eyes. Moreover, her shoe sizes are 11 (US) or 41.5 (EU), or 8.5 (UK). Her chest-waist-hip measurements are 34-28-36 inches respectively. She has a slim and curvy body figure. However, she has an attractive and charming personality. 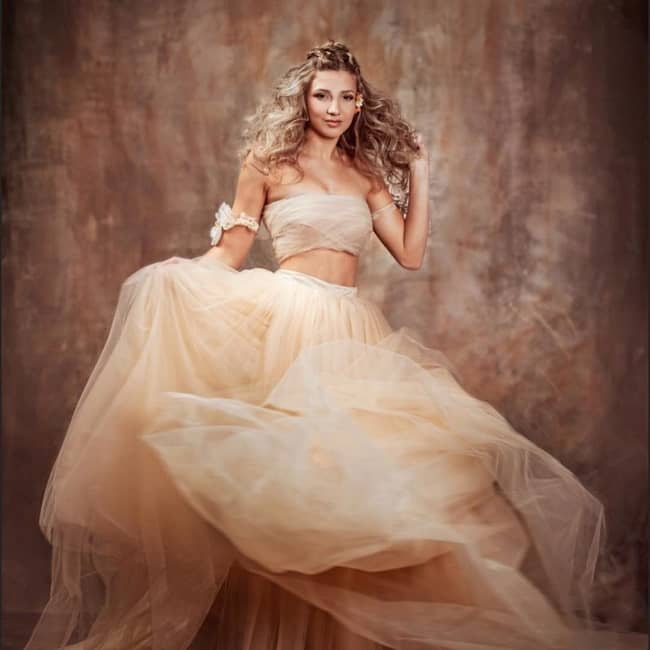 Her Instagram account ‘@ellie.vandeel’ has earned over 73K followers. Ellie has gathered over 31.5K subscribers on her self-titled YouTube channel. Likewise, her TikTok account has gained over 972.9K followers and over 50.8 million likes. She has shared his Gmail, [email protected], for business inquires.

Due to her fame on social media, she has a good social media fan-following which translates to a good amount of earnings. The profession she has might help her comfortably to pursue a lavishing lifestyle. However, she has not disclosed her net worth publicly yet.