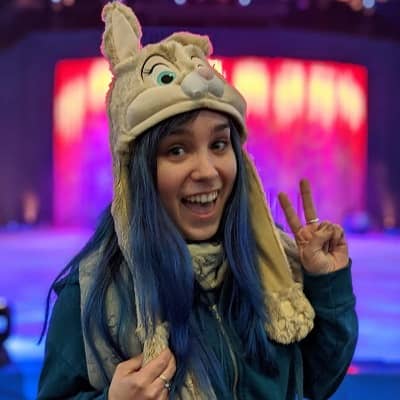 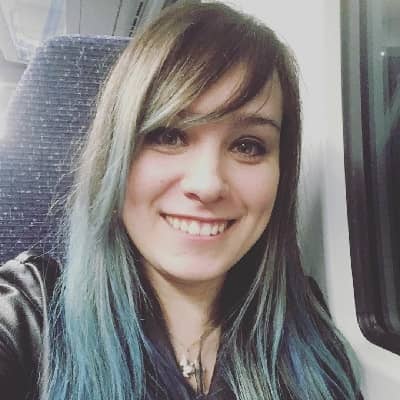 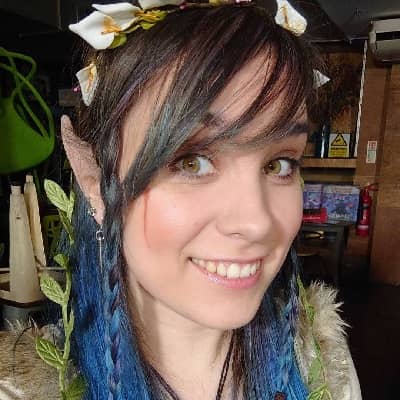 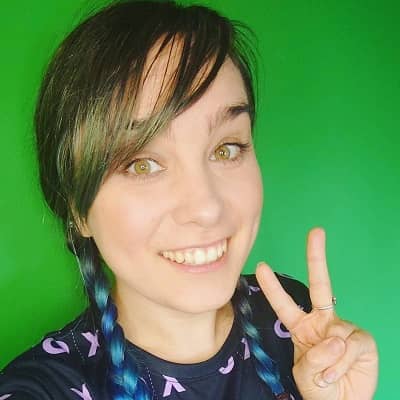 Ellen Rose is a British social media personality and a YouTuber. Ellen Rose is popular for being a host of Outside Xtra, as well as being a former host of Xbox On.

Ellen Rose was born on November 29, 1988, in Fulham, England. She is currently 32 years old and her zodiac sign is Sagittarius. Her father’s name is Andrew. His father introduced her into the world of fantasy and gaming who shared similar interests. While she was young, she fell in love with the “Harry Potter” series, which remains one of her favorite franchises to this day. 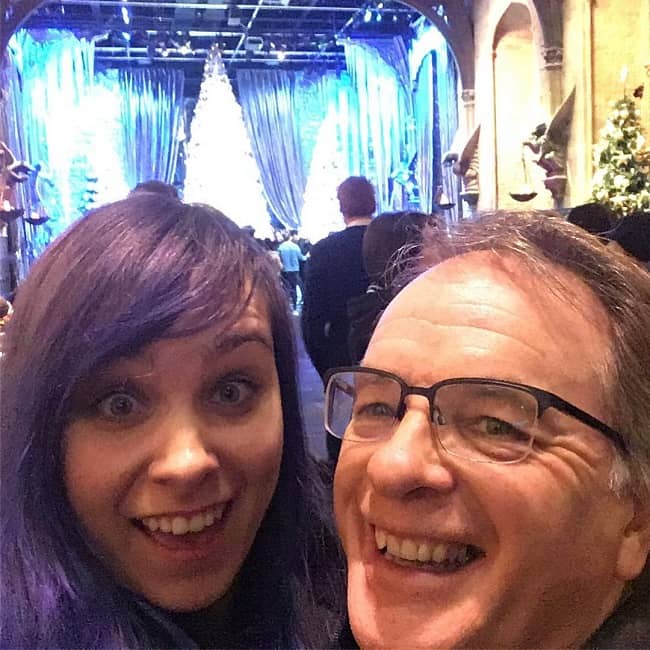 In addition to games and fantasy books and movies, she also developed a passion for comedy. She had a unique comedic style, often incorporating sarcastic and self-deprecating jokes, combined with witty remarks usually targeted towards anything that annoyed her the most.

She decided to get into comedy when she enrolled at university. And eventually, she became the president of the university’s comedy society and started doing stand-up shows. At this time she also thought about launching her own YouTube channel, as a medium for her comedic content.

However, her boyfriend at the time persuaded her that female comedians were not as accepted as their male counterparts. That turned her away from the idea for some time. Further, she is currently suffering from pneumonia.

Ellen Rose is a YouTube vlogger who is known for her ‘icklenellierose’ channel, consisting of Q&As, gaming, and other life-related topics. She’s also the host of OutsideXbox’s second channel, OutsideXtra. She began her YouTube channel on January 3, 2010.

She bought herself a MacBook Pro from the money she had been saving up, and an Xbox 360 as well. In her first video, she introduced herself to the world of YouTube and went on to upload more than 200 original videos and become a true YouTube star.

Her first videos were mainly opinion pieces on a variety of topics, such as feminism, university life, stereotypes, social media, etc. Being an experienced and avid gamer, she eventually started posting “let’s play” style videos. Some of the popular games she has played over the years include “Bioshock”, “Tomb Raider”, “Kingdoms of Amalur: Reckoning” and “Dead Space 2”.

Her channel became popular due to her off-brand humor, coupled with interesting thought pieces on interesting topics. Rose also made it clear early on that one of her main goals was to challenge stereotypes regarding female gamers, and to encourage other girls to become gamers as well. Moreover, she wrote and sang the song ‘Let You In’ that features on Marc Straight’s 2018 album. 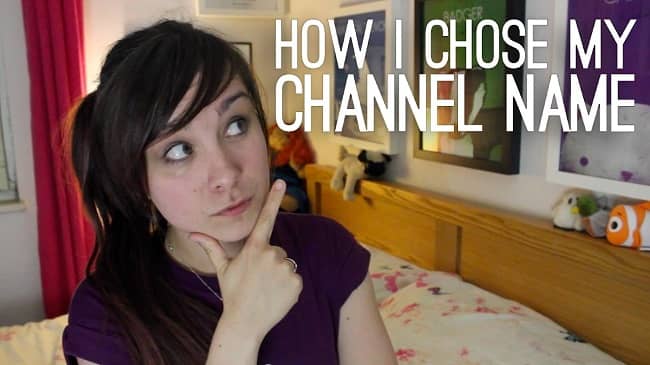 Collaboration with “Xbox ON”

By 2015, her fan base had grown significantly, and she became one of the most popular British female gamers and YouTubers. Due to her popularity and her vast knowledge of the gaming culture, she was approached by the UK-based Xbox channel called “Xbox On” in October 2015. And, Rose was hired as a video producer and presenter. Working for “Xbox On” was a dream come true for her.

She was able to try out the newest games, play different consoles, and travel to various events. In addition to her involvement with Xbox, she regularly uploaded videos to her main channel. Eventually, since her new job saw her traveling a lot, her main channel became more of a travel vlog, featuring videos that covered her trips to “VidCon”, “E3”, “London Comic Con”, “MCM London” and many others.

Rose worked as a presenter for “Xbox ON” until September 2016, citing other projects and the desire to return to vlogging as the main reasons for her departure.

Collaboration with “Outside Xtra”

She made a surprise appearance on ‘Outsidexbox’ in September 2016. Being introduced by Oxbox host Andy Farrant as a friend of the channel for a Let’s Play for Rise of the Tomb Raider. Where the two demonstrated the game’s co-op mode. Which at the time had a few of Oxbox’s viewers thinking that the channel would either be adding new hosts, or were replacing the existing hosts – worries which she herself was quick to dispel.

Even though she left “Xbox ON”, Rose continued working with the Xbox online community. And soon transferred to “Outside Xtra” channel, working once again as a video producer and presenter on the channel’s several shows. A few weeks later Oxbox posted a teaser image on their Twitter page.

It indicated an announcement was coming, and the image was a shade of purple rather than Oxbox’s green. And later that day Outside Xtra was unveiled with her hosting alongside Luke Westaway. 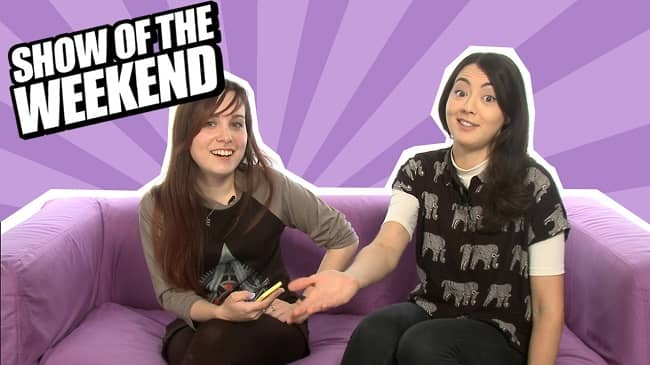 Caption: Ellen Rose in one of the ‘Outside Xtra’ videos. Source: YouTube

Regarding her love life, her relationship status is single and she is unmarried. Therefore, we don’t find any information about her personal life, relationship status, and past affairs on the internet. However, she had a boyfriend when she was in college but his name is unknown. Ellen Rose is simply making the most of his profession without dating anyone. However, she is focusing on her career and developing her skills at the moment.

Ellen Rose has a fine and curvy body figure. Her height and weight are not revealed but she has fine measurements. However, her body measurements might be updated soon. Moreover, she has a pair of hazel eyes. Her natural hair color is brown but she often dyes her hair into different colors like purple, blue, sky blue, etc. 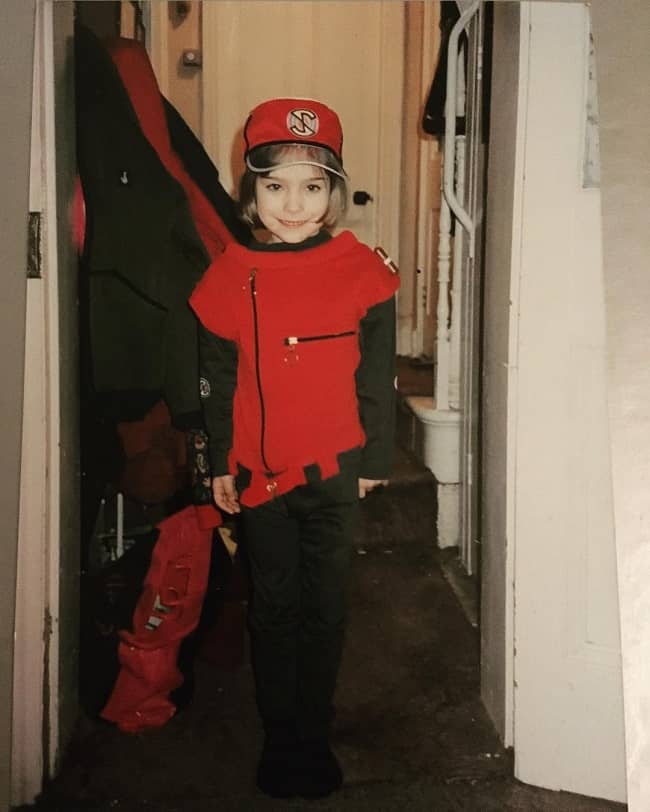 Ellen Rose is sure to pocket a good amount of money as being a producer and social media personality. However, she has not shared her net worth publicly yet.