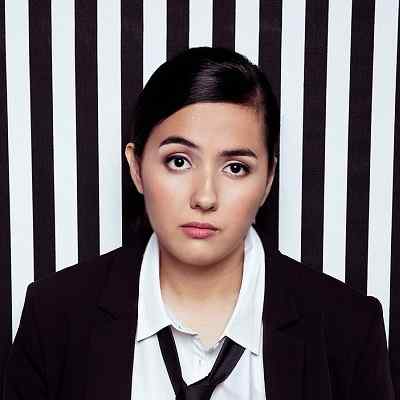 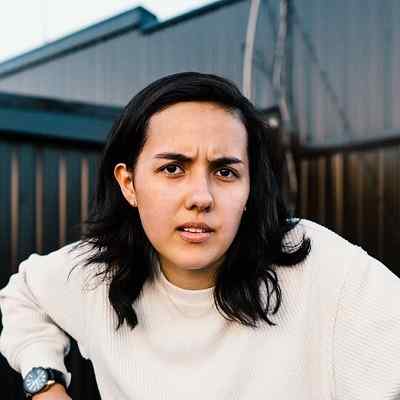 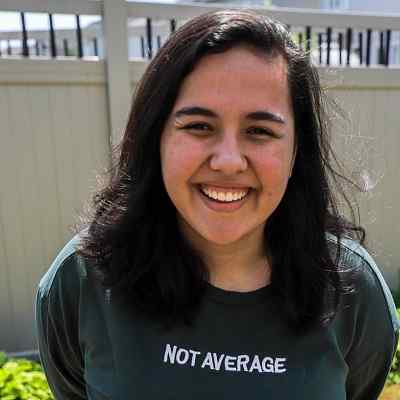 Elle Mills is a Filipina-Canadian internet phenomenon best known for her YouTube vlogging channel “ElleOfTheMills”. Elle Mills’s most popular videos o her channel include “If Trump and Clinton Were In Love” and “If Lizzie McGuire Were A Thriller”. She also has thousands of followers on other social media platforms as well.

Elle Mills was born in Manila, Philippines, on July 17, 1998. She is 22 years old and is under the birth sign, Cancer. She was raised in Ottawa, Canada. And she holds Canadian nationality.

Her mother’s name is Janette Prejola who is Filipino, while her father is Canadian. She has a brother whose name is Jay Mills. Her father doesn’t want to be in her videos. Moreover, her father married the mother of her two half-sisters, Melinna and Mellissa. She often features her step-sisters in her Youtube videos but they don’t really appear in the videos anymore.

Her sister Melinna also has a YouTube channel along with her boyfriend. Again, her father remarried for the third time and she now has a younger step-sister whose name is Angel. Likewise, she is constantly filming with her friends and family.

Regarding her educational background and qualification, she graduated from St. Joseph Catholic High School. Considering her age, she must be attending university unless she is a dropout or decided to quit her further studies. 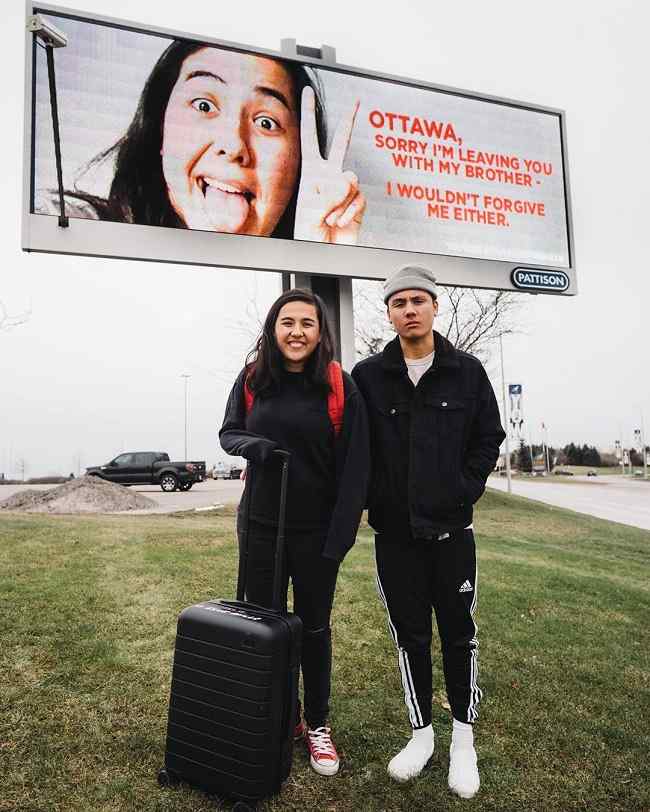 Elle Mills was introduced to the YouTube community by her friend, YouTuber Joey Kidney. She started her YouTube channel “ElleOfTheMills” on March 29, 2012, and has altogether over 169,081,510 views until now.  The first video she uploaded on her channel was BROKEN TELEPHONE GAME, which she had made with her siblings.

She has been credited for making several creative videos. She was obsessed with the show “Glee”, and was a brief fan trailer for the couple Will and Emma on the show. Likewise, She made a similar trailer for the show, “So once Stranger Things”, which went viral on Twitter. Some of her videos like “If Troy Bolton Were Like Christian Grey” and “If Stranger Things Were a Romantic Comedy” is hilarious.

The most popular video on her channel is COMING OUT (ELLE MILLS STYLE). This video has mustered 5.4M views until now. She came out as bisexual in this video. She is telling her story of her realizing her feelings, coming out to friends by getting them to guess what her crush looks like then showing them a picture of a girl who is Dodie Clark. And, then wrapping her house in rainbow paper and coming out to her brother and mom.

Then, over a year later, she did a follow-up video titled “The Truth about my coming out” on her life after being out. And, she wanted to post in it on the one-year anniversary of her coming out, but she mixed some the days up.

She also owns a second Youtube channel under the title “LifeOfTheMills”. This channel was created on August 14, 2017, and has garnered 4,596,977 views until now. She has only shared 9 videos until now on this channel and is not active at all at present. However, one of the most popular videos among the nine is Elle Mills Goes Camping. This video has 893K views to date.

Furthermore, she has garnered thousands of followers on other social media platforms as well such as Instagram, Twitter, and Facebook as well. She shares a lot of pictures on her Instagram account. Those pictures are very eye-catching and attractive. Likewise, some of her pictures are hilarious and funny as well. Likewise, she also owns a TikTok account where she does share a lot of videos. She shares funny, dance, lip-sync videos on her TikTok page.

Moreover, she is also an actress and director, popular for Good Mythical Morning in 2012, YouTube Rewind 2018: Everyone Controls Rewind and I Threw My Own Pride Parade Because My City Didn’t Have One in the year 2019.

She shares vlogs weekly, and often her family members and friends appear in the videos. Due to her channel’’ growing popularity, she has been featured in E! Online, On-Air with Ryan Seacrest, Buzzfeed, and MTV. Likewise, many of her posts have also been reposted at different sites. Moreover, she hopes that her YouTube experience would one day open up opportunities in the traditional media that would allow her to create content on a larger scale. 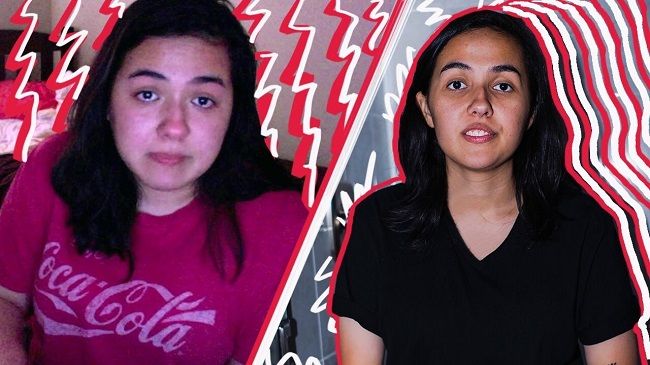 On June 16, 2017, Elle Mills posted some photos of her eating a big packet of chips in the backdrop of the prom. She tweeted “I tried to subtly crash a prom”. While her tweet received over 100K likes and was retweeted 23K times, it was heavily criticized by some users of Twitter. Many people mocked her for being sloppy while others said she was disgusting. Even, earlier, she has already been mocked by users of Twitter for using her weight to make jokes.

Elle Mills has openly talked about how making YouTube videos has made her feel burnt out. She also canceled many shows on her tour because of her mental health. Likewise, she made a video in the year 2018 explaining how she achieved her dream job of being a YouTuber but isn’t what she expected.

She also explains that she is always feeling alone, has overwhelming pressure, and faces loads of stress. And, this has given her panic attacks and has made her anxiety and depression worse. She even films herself yelling at the camera with frustration explaining how she should be happy because she is living the life she wanted but she is so unhappy.

Moreover, she also posted a follow-up video explaining what happened after posting that previous video. She explains she is doing better and that she talks to people more about it but things are still not perfect.

Elle Mills is possibly single at the moment. She is more focused on her career rather than being in any kind of romantic relationship. Or maybe she wants to keep her relationship private. However, she came out as bisexual through a Youtube video that she posted on her channel.

And she has also shared a picture of her kissing another girl on her Instagram page stating that it is her first kiss. But neither of them said anything about them being in a romantic relationship. So, it is a fling and one-time thing. Also, she hasn’t found anyone who is compatible to be in a relationship with.

Moreover, she was once married to a guy whose name is Mitch. And Mitch is the boyfriend of her sister. However, they literally got legally married but for the Youtube video only. It was like a prank but turned out serious. However, they legally divorced after a few days. And they are friends now as it was just for the video and nothing serious. 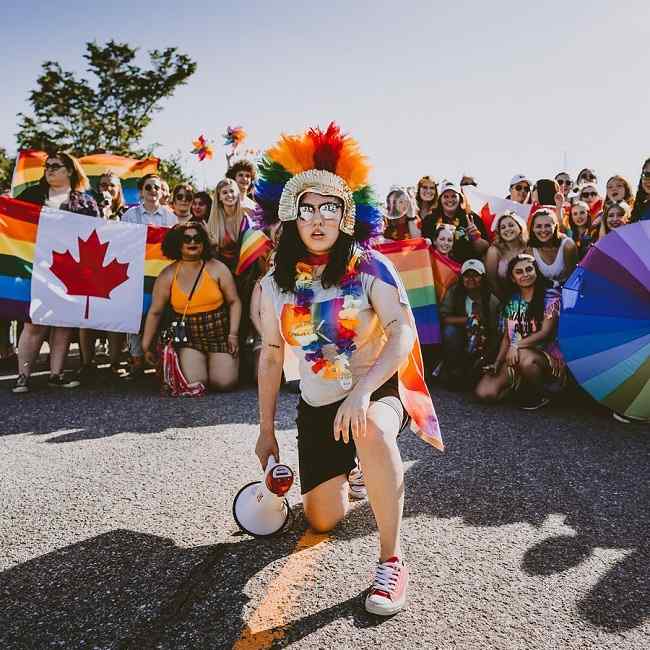 Elle has a height of 5 feet 2 inches and her weight is 78 Kg. Her other body measurements such as chest size, waist size, and hip size are not available at the moment. As all of those measurements are still under review. Moreover, she has black hair and dark brown eyes.

Focusing on her earnings and income, she has a net worth of $181K. She has published 165 videos which all together add up to more than 162.2 million views. Moreover, her audience has been steadily growing from month to month.