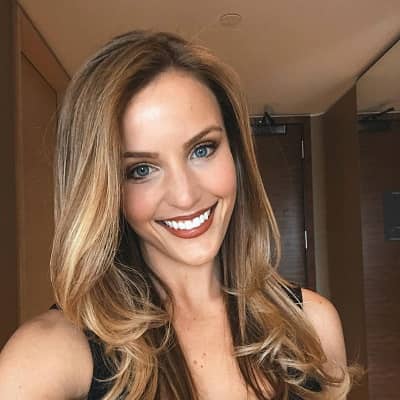 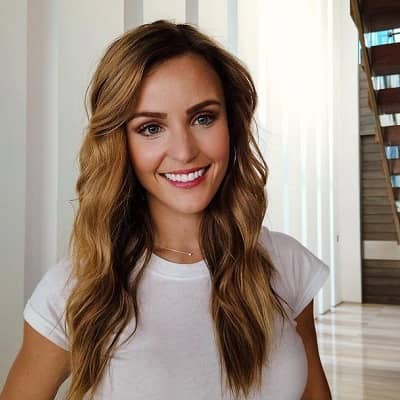 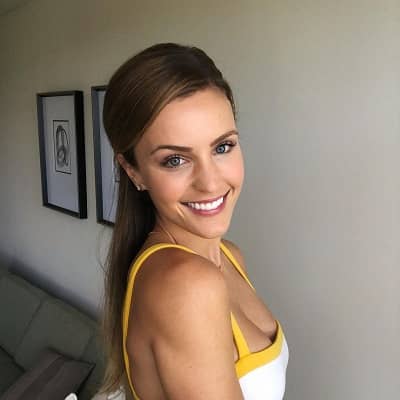 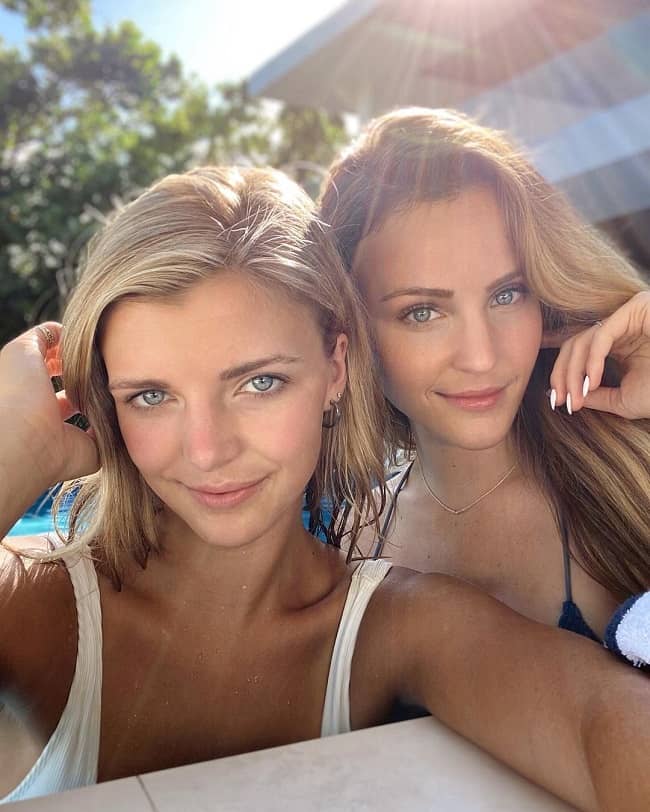 Caption: Elle Bielfeldt posing for a photo with her sister, Lydia. Source: Instagram

Elle Bielfeldt was born on 15 January 1992 and she is currently 29 years old. She hails from Peoria, Illinois, and her zodiac sign is Capricorn. Talking about her family, Elle’s parents are father David Bielfeldt and mother Julie Bielfeldt. Elle also has two sisters namely, Lydia and Matti. The latter one is a volleyball player. Moreover, she also has a brother named Max Bielfeldt, who is a basketball player.

Talking about her educational journey, Elle did her schooling at Peoria Academy and Peoria Notre Dame High School. Elle also holds an NBPA Career Summit Certificate of Completion. Moreover, Elle also completed her Bachelor’s degree in Advertising from the University of Illinois at Urbana-Champaign, Illinois. While in college, Elle was a part of the American Advertising Federation and Alpha Phi Sorority. 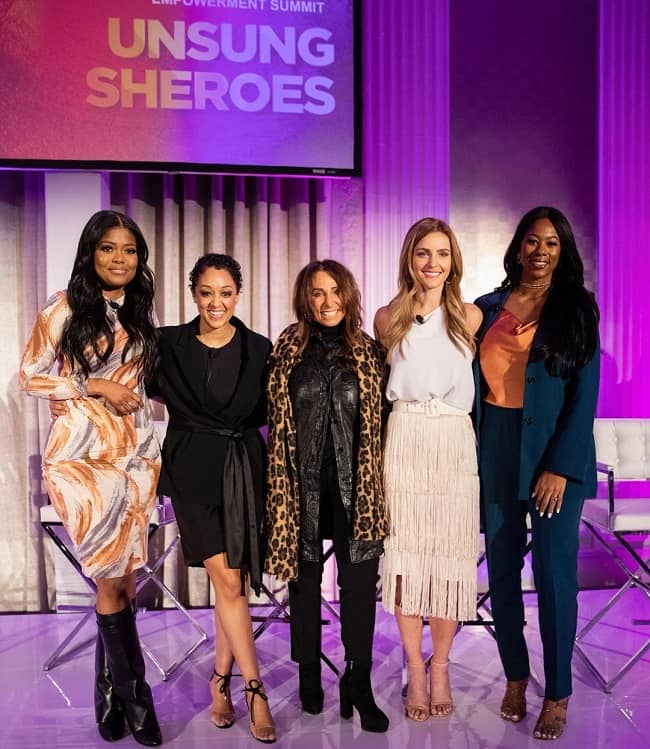 Caption: Elle Bielfeldt posing for a photo with the fellow speakers at the NBWA’s Women’s Empowerment Summit. Source: Instagram

Elle Bielfeldt was a spin instructor for “BrunCycle” from the year 2014 till 2018. “BurnCycle” is a full-body spin studio. Then in December 2017, Elle started her blog called “Elle Leonard Blog”.

In the year 2018, Elle co-founded “Meyers Leonard Brand” alongside her husband Meyers Leonard. It is a lifestyle apparel company that features hoodies, hats, tees, crewnecks, and stickers. Furthermore, Elle also serves as an advisor to Leonard Legacy Foundation. Elle is also the founder and CEO of the food company “Level Foods”. She founded it in November 2017.

Prior to all this, when Elle was in Grade 3, she began playing basketball for Peoria Girls Sports League. When she moved to Peoria Notre Dame High School for higher education, Elle became a part of the girl’s basketball team at this school too.

Furthermore, Elle is also famous on Youtube as “Elle Leonard”. She gained immense fame in the year 2019 after uploading the video of herself playing horse basketball with her husband. 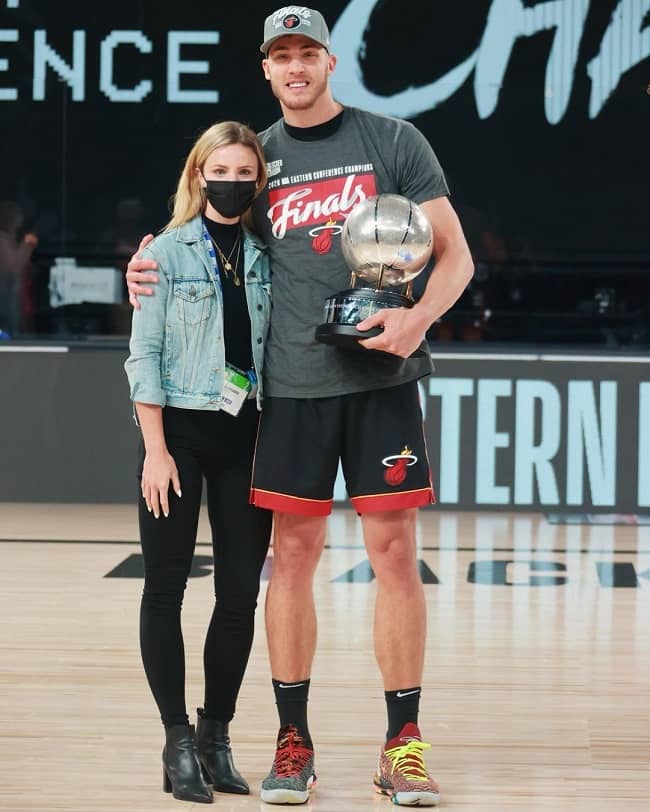 Elle Bielfeldt is a married woman. She married Meyers Leonard in the year 2015. The lovers met each other for the first time in college. Elle’s friend’s boyfriend, Mike Davis, was friends with Meyers, and that’s how the two met each other. Mike was also a senior basketball player.

Elle and Meyers studied together a few times, developed a friendship, and eventually fell in love with each other. The couple dated each other for around four years before finally sharing their vows on 3 August 2015. The couple also has a pet dog namely Koko. 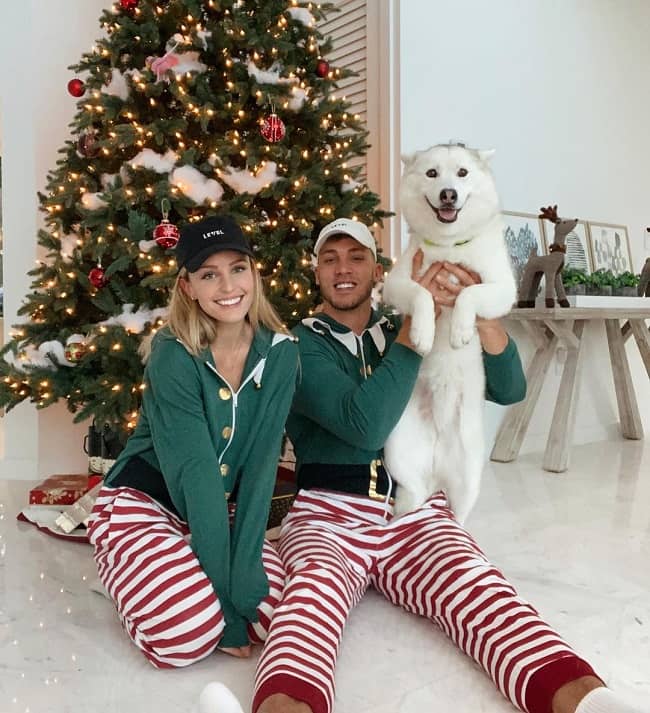 Caption: Elle Bielfeldt posing for a photo with her husband, Meyers Leonard, and their pet. Source: Instagram

Elle Bielfeldt stands tall at an approximate height of 5 feet 3 inches and weighs around 52 kgs. Likewise, Elle has chest-waist-hip measures of around 32-23-33 inches respectively. Moreover, Elle has dirty-blonde hair and blue eyes.

Talking about her social media presence, Elle Bielfeldt goes by @elleleonard on Instagram. While writing this biography, Elle has shared exactly 580 posts and earned more than 68.7k followers. She is also active on Tiktok under the username @elleleonardofficial. On this video-sharing app, Elle has earned over 441.9K followers and 9.2 million likes.

We can also find her on Youtube. Her Youtube channel is called “Elle Leonard”. She has earned 1.83K subscribers and over 97.6k views since its creation on July 25, 2017. She is also available on Twitter under the username @elleleonard. Elle joined this platform in November 2009 and so far has over 18.9k followers as of February 2021.