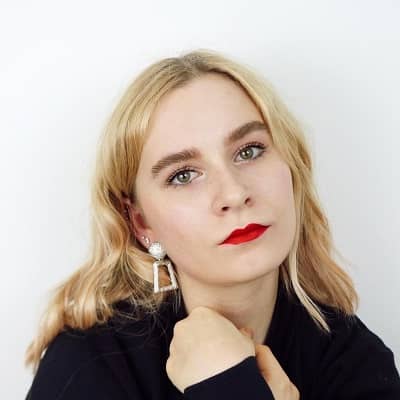 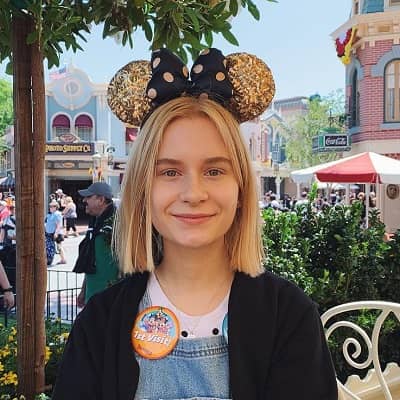 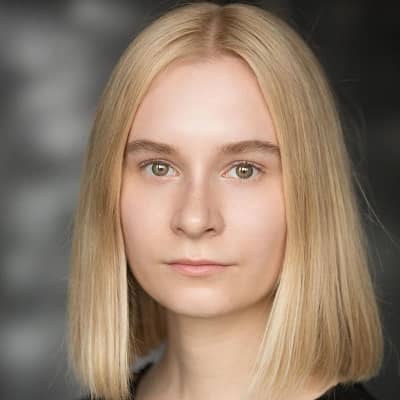 Ella Greenwood is a young British actress, director, writer, as well as a producer. Ella Greenwood gained massive fame for her film ‘Faulty Roots’. She has also appeared in several other films and also written, directed, and produced some more projects at such a young age. 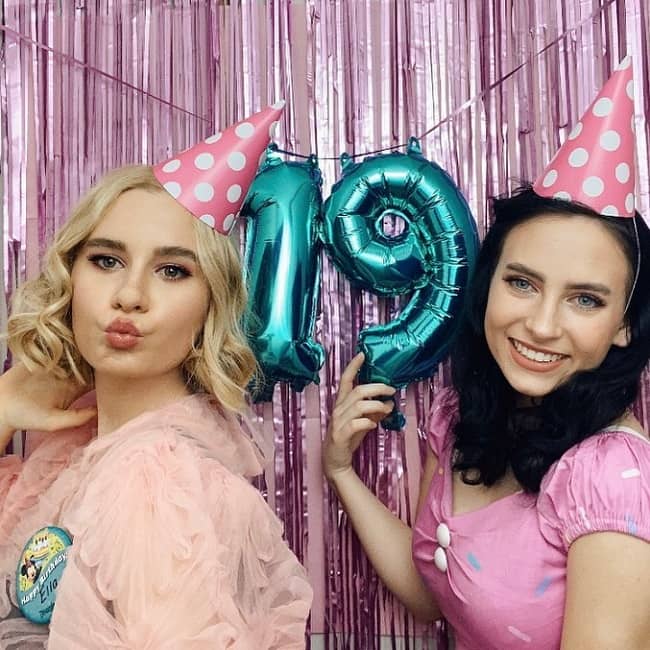 Ella Greenwood was born on 30 April 2001 and she is currently 19 years old. She hails from North London and her zodiac sign is Taurus.

Talking about her educational journey, she was homeschooled from the young age of 13 years. She then received acting training at the National Youth Theatre.

Other than this, there is no further information related to her personal and family life. Further, she likes horror films and also can read as well as write in the Viking runes. 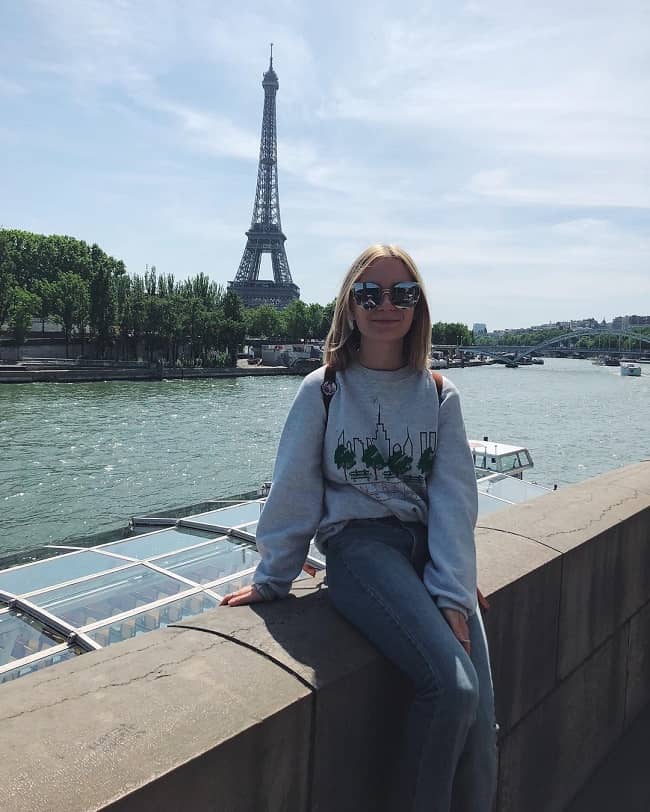 Caption: Ella Greenwood posing for a photo during her visit to Paris. Source: Instagram

There is no information regarding Ella Greenwood’s body measurement details like her height, weight, chest-waist-hip measures, dress size, shoe size, etc. Further, she has hazel eyes and blonde hair color.

Talking about her social media presence, Greenwood joined Twitter in September 2017 and her username on this platform is @Ella_Greenwood.

Likewise, she is also available on Instagram under the username @popsella. While writing this biography, she has shared exactly 239 posts and earned more than 15.4k followers.

Professionally, Ella Greenwood is an actress, writer, and director. She is famous for creating the film Faulty Roots. Likewise, the young actress also works as a mental health activist.

She is also an ambassador for the teenage mental health charity “stem4”.

Actress Ella has been acting from a young age. She signed with an agent as a child and has been active since then. The actress was the lead character in the films Before Nightfall and In Front of You.

Further, at the age of 18 years,  wrote, directed, and produced her first short film Faulty Roots. It was about mental health awareness in teens. 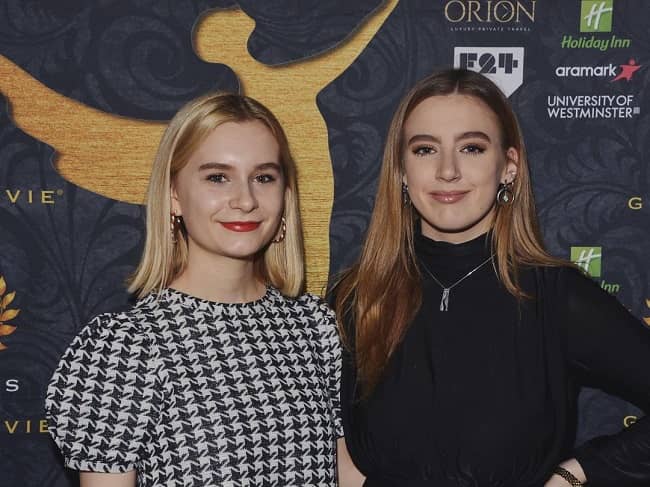 Caption: Ella Greenwood posing for a photo with her Associate Director @abi_vaughan123 at the 2019 Gold Movie Awards. Source: Instagram

At Tallgrass Film Festival, Greenwood won an award for her film Faulty Roots. This film also received five stars from The Fan Carpet.

Similarly, the UK Film Review also called the film ‘a rather powerful little story, told with care and genuine affection for its characters’.

After Film Stories Magazine announced that Faulty Roots was being developed into a feature film,

Deadline shared that Gavin and Stacey actress Melanie Walters and Sanditon actress Kayleigh-Paige Rees had been cast in the lead roles.

As an actress, Ella has appeared as Lina in In Front of You and as Grace Grimston in Before Nightfall, both in the year 2019.

Greenwood stated in an interview that one of her favorite directors is Mike Flanagan as she’s a huge fan of horror films.

Huffington Post also featured Greenwood in an article about the rise in behind-the-camera exploration for a generation of actors.

Moreover, her first animation Dreary Days had its premiere at the Enimation Film Festival. Similarly, her film Self-Charm is a co-production with Tallulah Films.

Tallulah Films’ recent credits include Little Miss Sumo. Furthermore, Self-Charm is another film about mental health, with Bukky Bakray in the lead role. Bukky is the star of Rocks. 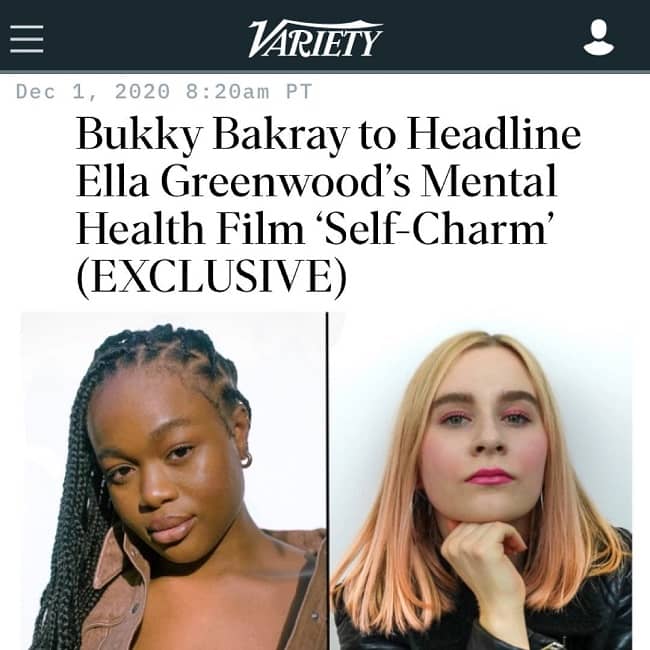 Similarly, actress Greenwood is also the Director of London based production company Broken Flames Productions. It was announced on Yahoo Finance to be focusing on a slate of mental health-based projects.

The young actress,, was even awarded the Positive Female Role Model of the Year at the Darkus Magazine 2020 Awards.

There is no information regarding Ella Greenwood’s relationship status and love affairs. She might be more focused on her acting career rather than involving in affairs and romantic relationships.