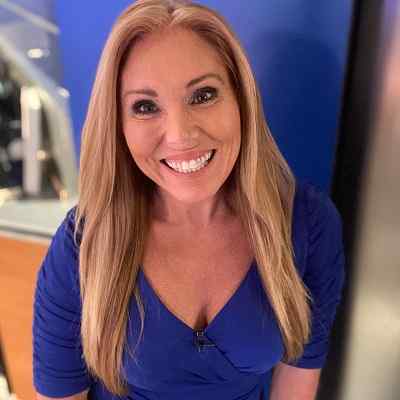 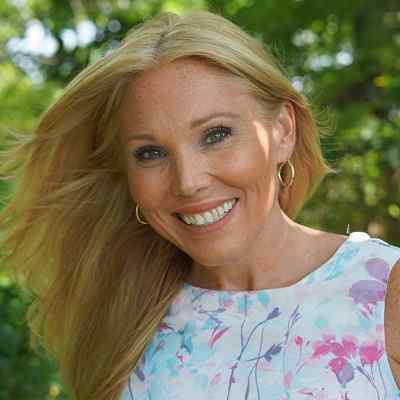 Elizabeth Hashagen was born on March 10, 1976, in Long Island, New York, USA. She is 46 years old and is under the zodiac sign, Pisces. She holds an American nationality.

Her father’s name is Paul Hashagen but her mother’s name is unknown at the moment. Likewise, she has a sister and her name is Jessica Hashagan. Elizabeth grew up along with her sister in the city of the USA.

She is very close to her sister. Talking about her father, he has been working with the Fire of Department of New York for over 25 years. But now Paul has retired.

Also, he has written several books and numerous stories on the history of the fire service including the Fire Department of New York: The Bravest: An Illustrated History 1865-2002: and

Regarding Elizabeth’s educational background and qualification, she graduated from Holy Trinity High School. She then attended State University College at Cortland, the University of North London.

Later on, Elizabeth enrolled at SUNY in Cortland where she earned a Bachelor of Arts degree in Communication, Broadcast Journalism, and Performing Arts. 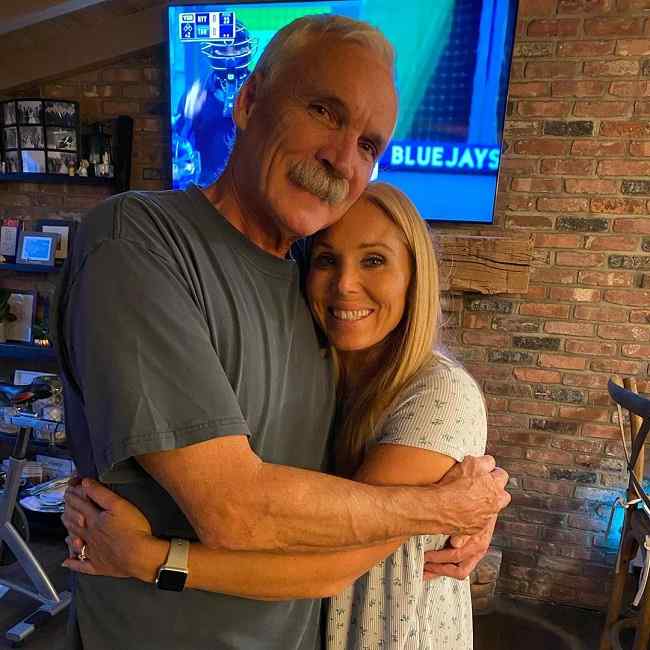 Caption: Elizabeth Hashagen along with her father (Source: Instagram)

Elizabeth Hashagen married Randy Flickr on June 8, 2007. The couple has two children and their names are Timothy Paul and Allison Rae.

Likewise, she has shared pictures of her husband as well as her children and along with them on her social accounts. Moreover, Elizabeth and her husband Randy are happily enjoying their responsibilities as parents and are raising their children. 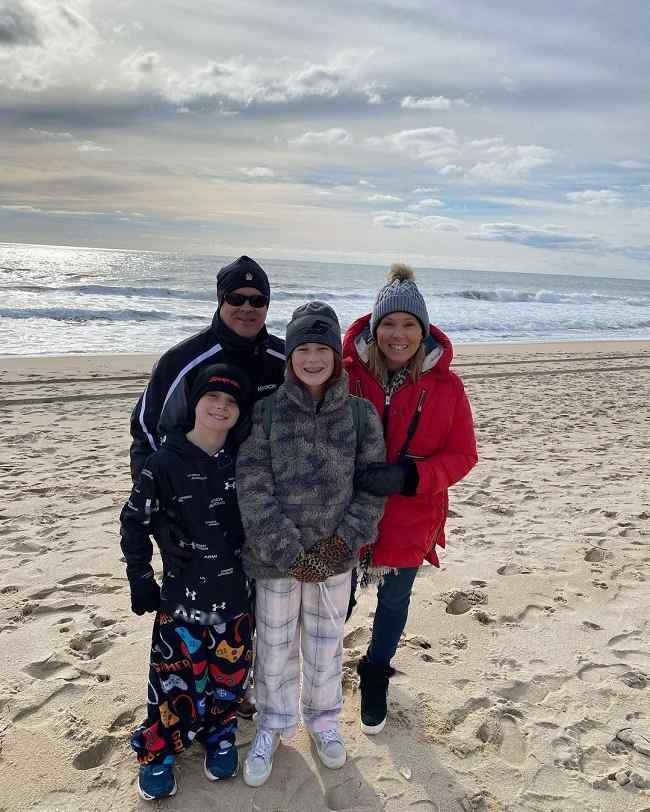 Caption: Elizabeth Hashagen with her husband and her children (Source: Instagram)

Elizebeth Hashagen spends most of her free time is spent with the family. She loves doing outdoor and water-related activities, including fishing, kayaking, and scuba diving.

Likewise, her love for physical fitness has led her to become a certified physical fitness instructor. Moreover, Elizabeth’s parents own a summer home at Greenport which the family visits during extended vacations.

Also, she has become noted for covering high profile events that have affected New York, including the infamous 9/11 terrorist attacks. Further, she loves traveling and often spends time with both immediate as well as her extended family.

She also posts videos of herself going to the gym and working out.

While at SUNY, Elizabeth ashagen also took classes at the University of North London as a part of her course endeavors. And, after graduating, she then took up further classes at the New York Institute of Technology (NYIT).

Further, the private university has campuses in various parts of the world and they emphasize technology as well as applied scientific research. And, during her time there, she interned with News 12 Long Island.

However, after completing her studies Elizabeth did not immediately start working with News 12, and instead started her career as a reporter for WLNY TV 55. It is an independent television station owned by CBS Television Stations.

They primarily focus on the Long Island region but serve most of New York. Elizabeth stayed there for a year and then went to work as a reporter for the News 12 Networks in the year 2000.

And, News 12 is a group of regional cable news television channels, all owned by Altice USA. They provide 24-hour news and cover regions of the New York metropolitan area, excluding Staten Island, Manhattan, and Queens.

Moreover, after four years of serving as a reporter for the network, Elizabeth Hashagen was promoted to become the morning show co-anchor of News 12 Long Island. This meant that she would work during the 5 am to 8 am broadcasts on weekdays.

Also, she continued on the following program, which would air until 11 in the morning, including segments depicting the Best of Long Island, and Adventure Week.

Likewise, Elizabeth handles numerous weekly series as a part of her work, including “Go Green”, and “12 Making a Difference”. 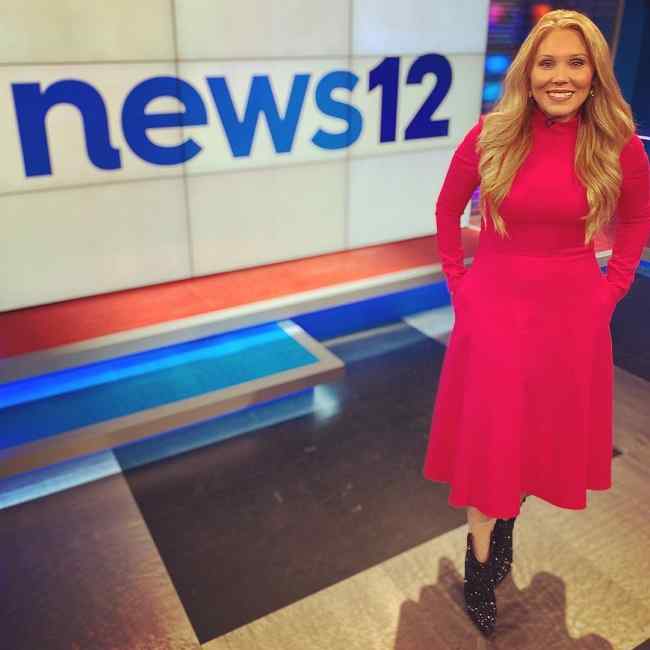 Elizabeth Hashagen has won several awards including the first Emmy Award in the year 2004 for her coverage of a Continuing News Story. Her six Emmy nominations in the year 2006 topped all other reporters and anchors around New York.

She went on to win 11 Emmys, two National Headliner Awards, two National Gabriel Awards, a National Clarion Award, and was named a Top Female Journalist by the Newswomen’s Club of New York

along with winning more than two dozen local and regional Associated Press and the Press Club of Long Island Awards.

The body measurements of Elizabeth Hashagen such as her height, weight, chest size, waist size, hip size, bicep size, and any other sizes are not available at the moment. And all these unknown measurements of her are still under review.

Likewise, Elizabeth has blonde hair and hazel eyes. And she has a very beautiful smile with a very good personality.

Talking about Elizebeth’s earnings and income, according to the information cradle, her estimated net worth is $1 million and her salary is $72K. Moreover, her main income source is her profession of journalism.