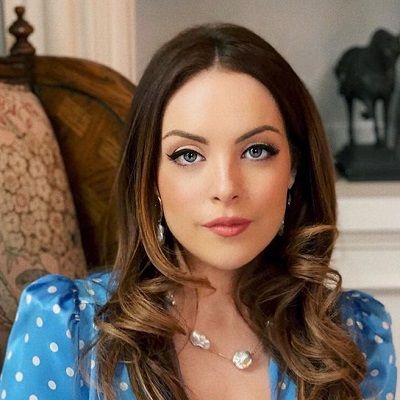 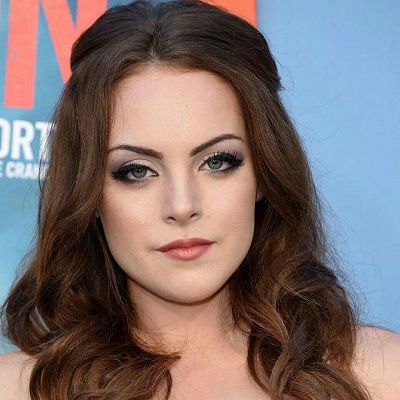 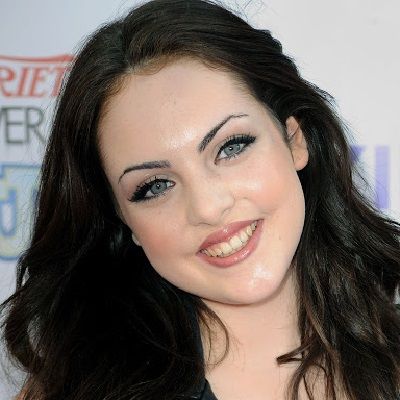 Elizabeth Gillies’s full name is Elizabeth Egan Gillies and she was born on 26 July 1993. She is originally from Haworth, New Jersey. Likewise, her father is Dave and her mother is Lorrie Gillies. She also has a younger brother who was born in 1996 and his name is George Gillies.

Moreover, she has Irish, English, and Scottish ancestry and an Italian grandmother and great-grandmother. Further, she holds the nationality of an American and her current age is 27 years and her zodiac is Cancer. Talking about her educational journey, she attended Haworth Public School in her hometown and later went to Northern Valley Regional High School in Old Tappan at Demarest.

However, she dropped out of school since she was unable to balance both her education and profession. Later, she enrolled in an online course for the rest of her education. She was already in front of the camera for the first time at the age of three years. At that time, she made advertising spots.

Furthermore, she is best friends with her Victorious co-star, Ariana Grande. The two have known each other since they starred in 13 (musical) on Broadway back in 2008. She played the role of Lucy whereas Ariana played Charlotte in this play/ musical. Similarly, she is vegan. But it is not by choice since she is allergic to most foods. She is also allergic to gluten. She can also play a piano/keyboard. 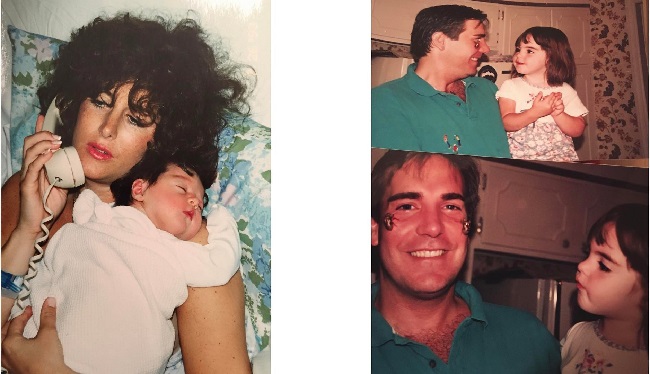 Caption: Elizabeth Gillies with her mother and father during her childhood. Source: Instagram

Talking about her professional life, Elizabeth Gillies’s acting career began at age 12. She started going to local open casting calls and quickly began appearing in commercials for companies like Virgin Mobile. She also left high school in her freshman year in order to pursue acting.

Her first television role was as a recurring character in The Black Donnellys. She appeared in three episodes but didn’t watch it as her parents felt it was inappropriate for her at the time. In the year 2008, she played small roles in The Clique, Harold, and Locker 514.

The same year, she also appeared as Lucy in 13. It is a Goodspeed production of Jason Robert Brown’s new musical. Moreover, she appeared alongside Ariana Grande. Later that year, the musical moved to Broadway. This made it the first Broadway production to have a cast and band entirely made of teenagers. She remained with the production until its closure on the 4th of January 2009.

Shortly after the closing of 13, she appeared as Jade West in the hit Nickelodeon series, Victorious which went on from 2010 till 2013. Her character, Jad, is a bad girl and occasional antagonist. This show premiered on March 27, 2010. This show also marked Liz’s second work with Ariana Grande after the musical 13.

Moreover, she made her Broadway debut at age 15. She landed the main role in FX’s rock ‘n’ roll comedy series Sex & Drugs & Rock & Roll. The show went on from 2015 till 2016 and Liz’s character was Gigi. Gigi is an aspiring singer and daughter of a former rock star named Johnny Rock.

Furthermore, the show’s creator Denis Leary portrays Johnny. Sex & Drugs & Rock & Roll premiered on 16 July 2015. The show went on for two seasons, with the second-season finale airing on 1 September 2016. Then on 9 September 2016, FX declined to renew the show for a third season. This effectively canceled the series. 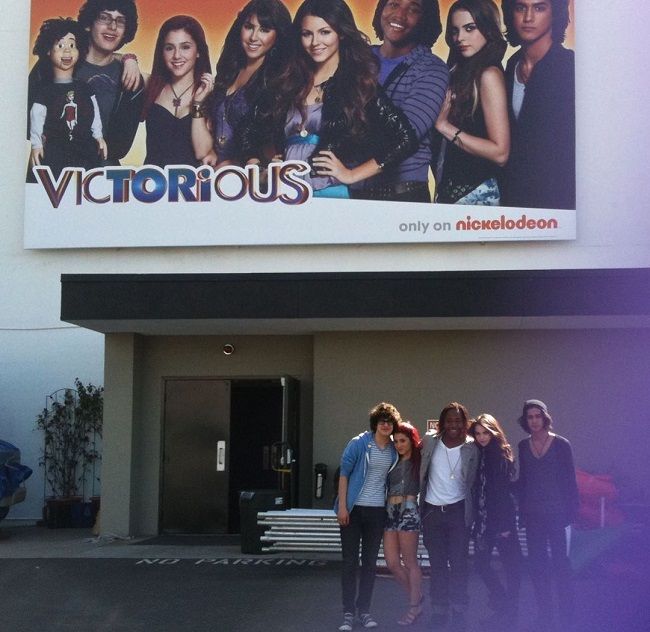 Caption: Elizabeth Gillies with her co-stars from the show “Victorious”. Source: Instagram

Further, she also starred as Shelby Wexler in The Clique and also played a supporting role in Harold. Since the year 2017, Liz also starred as Fallon Carrington in The CW television series Dynasty. It is still running and it is a reboot of the 1980s series of the same name.

In addition to acting, she is also focusing heavily on music and is also working on her album. She plays piano and has been singing ever since she could. Having a strong passion for classic rock music, some of her more well-known covers include Wild Horses by The Rolling Stones, Jealous Guy by John Lennon, Father & Son by Cat Stevens and Fast Car originally by Tracy Chapman.

Moreover, on 10 December 2013, Liz also recorded a duet of Santa Baby with Ariana Grande for Grande’s Christmas Kisses EP. Then in 2014, she appeared in the horror film Animal as Mandy and Killing Daddy, where she played Callie Ross.

Then in 2019, she appeared alongside Matt Bennett with a surprise appearance during the 19 November show of their Victorious co-star Ariana Grande’s “Sweetener World Tour” in Atlanta, Georgia. There, Bennet and Grande performed I Think You’re Swell whereas Grande performed Give It Up with him. Both of these songs are from Victorious.

Most of Elizabeth’s relationships are based on rumors since she is very discreet about her actual relationships. She rather loves to keep her personal life private and away from the eyes of media and the general public. Some rumored relationships of her include that with Matt Bennett, Michael Corcoran, and James Maslow. The only confirmed relationship of her is the one with Logan.

Her first boyfriend is Logan Miller. Logan is also an American actor born in Englewood, Colorado. He was raised in New Mexico, Minnesota, and Dallas, Texas. They started dating from the year 2011. However, the lovers began facing problems and could not last long. Thus, they broke up in June of the same year.

Elizabeth Gillies is rumored to be in a romantic relationship with Victorious co-star Marr Bennett. They each post adorable photos with each other on their respective Instagram feed. But they have never confirmed or denied the rumors surrounding their close bond. The costars even joked on Instagram with a photo with the caption “Mommy&Daddy” with Matt’s hand on her stomach. The pair have also shared alone time with each other fueling the rumors. 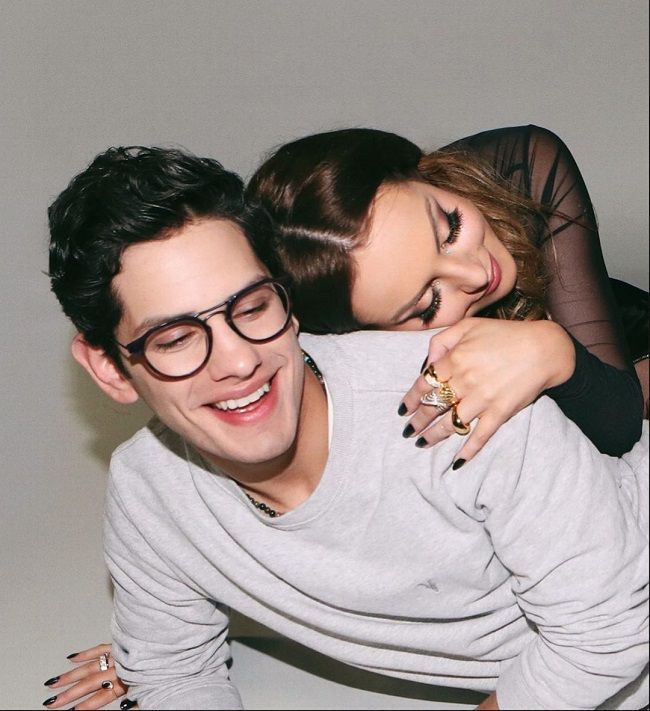 Caption: Elizabeth Gillies in an adorable photo with her co-star from “Victorious” and rumored boyfriend, Matt Bennett. Source: Instagram

Fans have also linked her with her costar Avan Jogia. Avan played the role of Beck Oliver in the 2010 movie Victorious whereas she was Jade West. For a long time, the fans have wished for Victorious “power couple” Elizabeth Gillies and Avan Jogia to get together. While the actors have often teased such a matchup, it seems the two may just be great friends as she is close friends with all her costars and has never confirmed her romantic involvement with her friends.

Moreover, she was also once rumored to be getting cozy with James Maslow. The rumors started between the co-stars after the two were spotted together at Nickelodeon’s Big Time Rush performance in Time Square in 2010. Although they sparked rumors, they never confirmed their relationship.

Rumors regarding her sexuality

In the year 2013, Ariana Grande posted a video where the pop singer was kissing Elizabeth Gillies. Though it was meant to be a pun pulled by the Victorious co-stars, people started rumors of her being a lesbian. However, the video has since been taken down by Ariana Grande herself.

Talking about the star’s body measurement stats, she stands at a height of 5 feet 7 inches and weighs around 60 kg. Similarly, she has the chest-waist-hip measurement of 36-27-34 inches respectively. Unfortunately, her dress size and shoe size are not available. Moreover, she has bluish-green eyes along with dark brown hair which she often dyes into colors like blonde and red among other colors.

Moving on, she has a net worth estimation of $3 million dollars. She earns through her involvement in acting, singing, dancing, and much more.