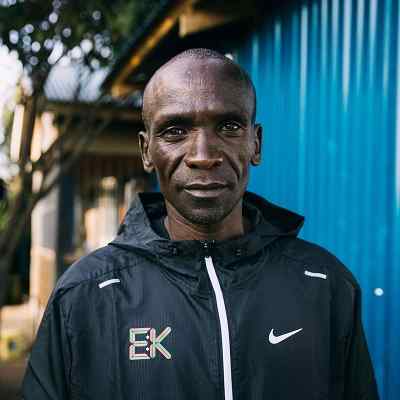 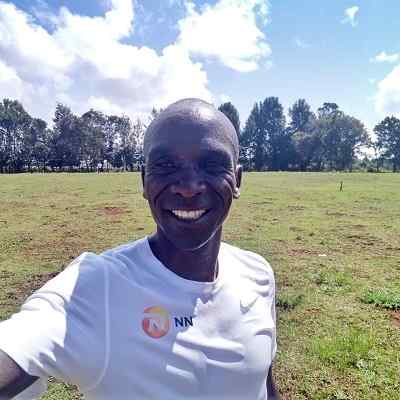 Eliud Kipchoge is a Professional Runner from Kenya. Eliud Kipchoge is a Long-Distance Runner who was able to win the gold medal in the marathon at the 2016 Olympic Games. He was the one who set the official world record for a marathon time after coming in just over 2 hours at the 2018 Berlin Marathon.

Eliud Kipchoge was born on November 5, 1984, in Kapsisiywa, Kenya. He is 37 years old and is under the astrological sign, Scorpio. He holds Kenyan nationality.

His mother’s name is Janet Rotich but his father’s name is unknown. However, it is known that his mother raised him being a single parent as his father passed away when he was young. Eliud has three siblings. Likewise, her mother is a kindergarten teacher.

Regarding Eliud’s educational background and qualifications, he attended Kaptel Secondary School and graduated in the year 1999.

Eliud Kipchoge ran two miles to school on a daily basis but did not run seriously then. He was able to meet his trainer Patrick Sang who is a former Olympic medalist in the steeplechase in the year 2001 at the age of 16. Likewise, he was able to win at the Kenyan trials for the 2002 IAAF World Cross Country Championships junior race.

Moreover, Eluid was able to win a bronze medal at the 5000 m final at the 2004 Athens Olympics in the year 2004. He even was able to win the Trofeo Alasport cross country race earlier that season.

Eliud Kipchoge also was able to win the bronze at the 2006 World Championships. In the same year, he also won the San Silvestre Vallecana New Year’s Eve 10 km road race. He was also able to win a silver medal at the 5000 m final of the 2007 World Championships. Likewise, at the 2008 Olympics, Eliud won a silver medal in the 5000 m event, and on the circuit, he was able to win the Great Yorkshire Run 10K and Campaccio Cross Country that year.

Moreover, Eliud Kipchoge was able to make his debut by winning the 5000 m Qatar Athletic Super Grand Prix in a meet record time in the 2010 IAAF Diamond League. After that, he went on to enter the Carlsbad 5000 in CA, USA. And, he was able to make a world best attempt and won the race. Furthermore, he was able to win the short race at the Great Edinburgh Cross Country at the start of 2011.

Eliud Kipchoge won a gold medal in the marathon event during the 2016 Summer Olympics. He was able to become the second Kenyan male after Sammy Wanjiru in Beijing in 2008 to win an Olympic marathon gold medal with this win. He was able to run in the Airtel Delhi Half Marathon, winning the race clocking a time of 59:44 in November of the year 2016. Eliud was able to win the Berlin Marathon in a time of 2:03:32 in September of the year 2017. Likewise, he won the 2018 London Marathon.

Moreover, Kipchoge in September was able to win the Berlin Marathon breaking the previous world record by 1 minute and 18 seconds. And, received numerous accolades and awards following his performances in the 2018 season. He became IAAF World Athlete of the Year together along with Caterine Ibargüen, who received the female World Athlete of the Year award. Likewise, in January of the year 2019, Eliud became the 2018 Sportsman of the Year at the Kenyan Sports Personality of the Year Awards in Mombasa, Kenya.

Furthermore, Eliud Kipchoge was able to win the NN Mission Marathon, which was held at Enschede Airport Twente in the Netherlands. He is now taking part in the 2020 Tokyo Summer Olympics. 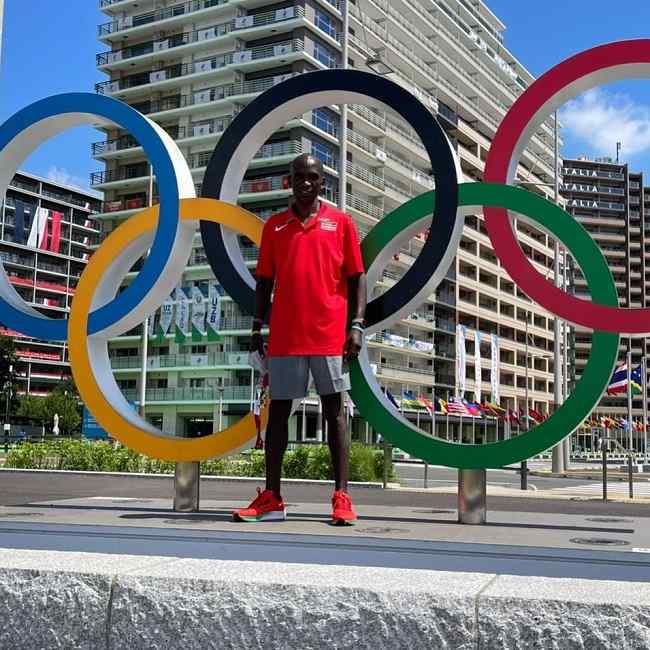 Eliud Kipchoge tied the knot with his wife, Grace Sugutt. The couple has three children together and their names are Lynne, Griffin, and Jordon. Likewise, Eliud is a loyal and devoted family man. He also acknowledges the inspirational role his family plays in his life terming them affectionately as his “ignition key” and loves them dearly. Kipchoge has also shared pictures of his wife as well as children on his social accounts. 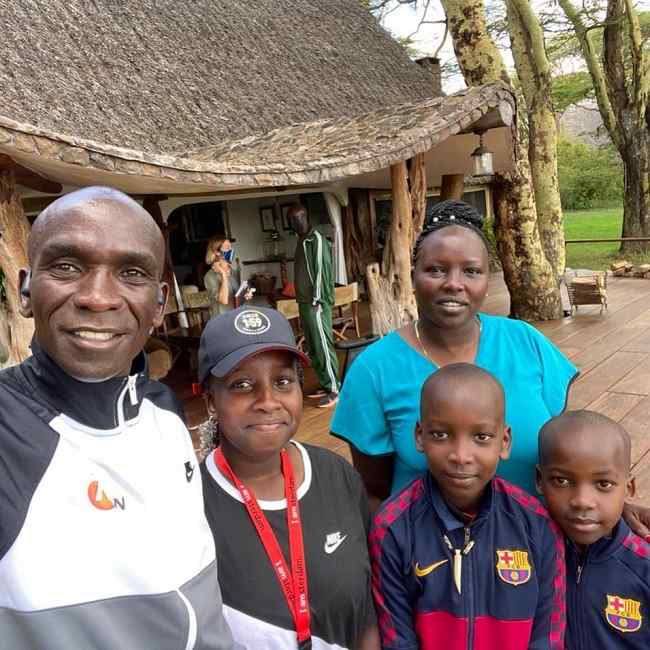 Caption: Eliud Kipchoge along with his wife and children (Source: Instagram)

Eliud Kipchoge has a height of 5 feet 6 inches and his weight is 52 Kg. However, Kipchoge’s other body measurements are not available as of now. Moreover, Eliud has dark brown eyes and his hair color is unknown as he is bald. 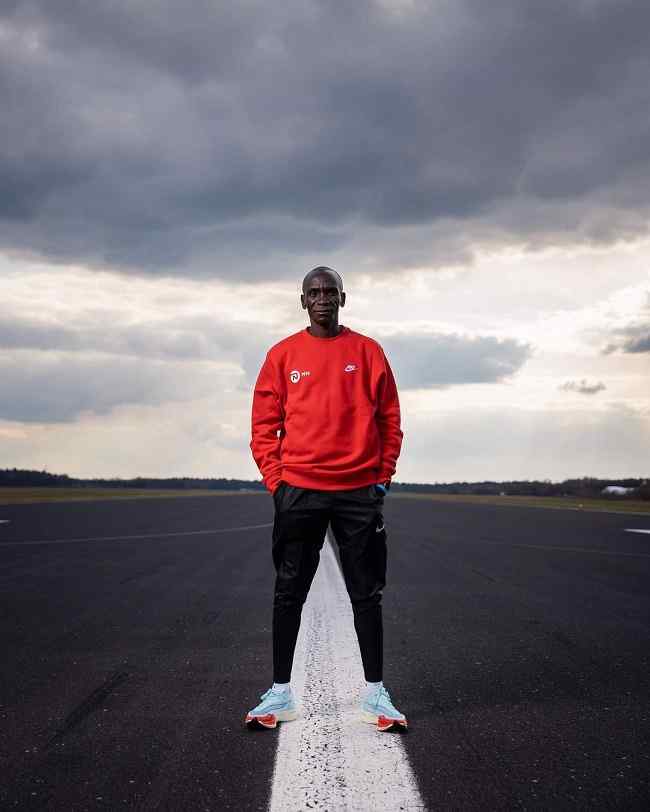 According to thelist, Eliud Kipchoge has a net worth of $3 million and his main income source is his career of being a professional runner.