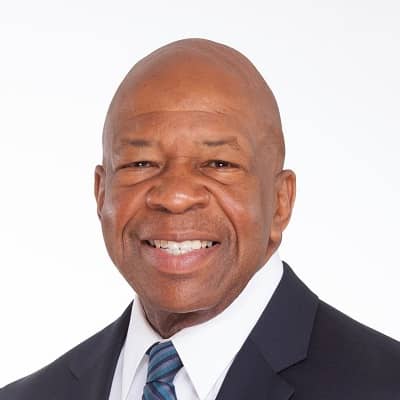 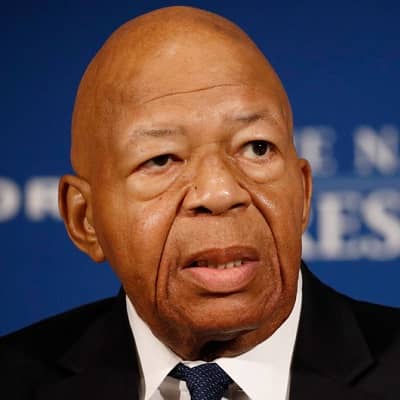 Elijah Cummings was an American politician and civil rights, advocate. Elijah Cummings served in the United States House of Representatives for Maryland’s 7th congressional district from 1996 until his death in 2019.

Elijah Cummings’s full name is Elijah Eugene Cummings. He was born on January 18, 1951, in Baltimore, Maryland, U.S. He is the son of Ruth Elma and Robert Cummings. His parents were sharecroppers. Moreover, he was the third child of seven. When he was 11 years old, Cummings and some friends worked to integrate a segregated swimming pool in South Baltimore. 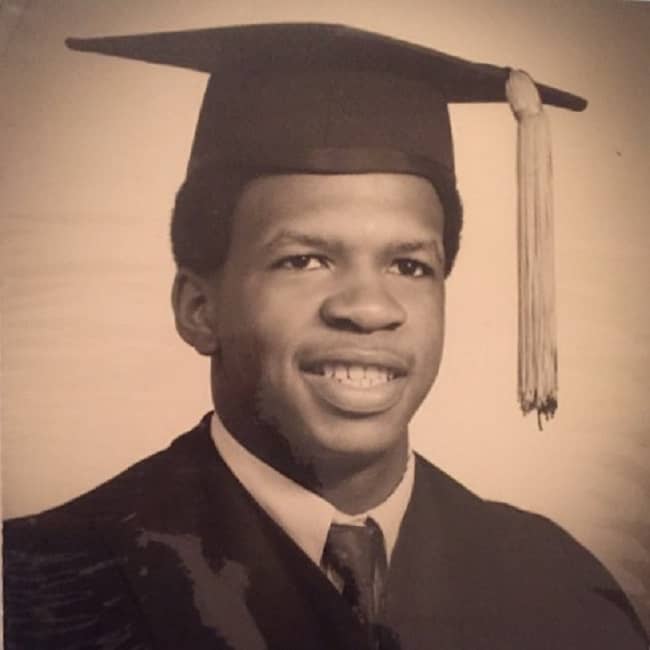 Caption: Elijah Cummings when he was young (Source: Instagram)

Cummings died on October 17, 2019, at Johns Hopkins Hospital at the age of 68 from “complications concerning longstanding health challenges”, his spokeswoman stated. Before his funeral service on October 25 at Baltimore’s New Psalmist Baptist Church, where he was a member for 40 years, Cummings lay in state at the U.S. Capitol Building’s Statuary Hall on October 24. Prior to his death, the most recent people to lie in the state were former President George H. W. Bush in December 2018 and Sen. John McCain, R-Ariz.

Following a state funeral which was attended by family and members of Congress, thousands of public mourners were seen entering the U.S. Capitol to see his casket and received greetings from his widow, Maya Rockeymoore-Cummings. His casket departed from the U.S. Capitol at around 8:35 pm. On October 25, 2019, the official funeral for Cummings was at the New Psalmist Baptist Church in Baltimore. This included former Presidents Barack Obama and Bill Clinton, former Secretary of State Hillary Clinton, former Vice President Joe Biden, along with Nancy Pelosi, John Lewis, Amy Klobuchar, Elizabeth Warren, and Alexandria Ocasio-Cortez.

Cummings graduated with honors from the Baltimore City College high school in 1969. He then attended Howard University in Washington, D.C., where he served in the student government as sophomore class president, student government treasurer, and later student government president. He became a member of the Phi Beta Kappa Society and graduated in 1973 with a Bachelor’s degree in Political Science. Cummings graduated from law school at the University of Maryland School of Law, receiving his Juris Doctor in 1976. He admitted to the bar in Maryland later that year. Moreover, he practiced law for 19 years before first being elected to the House in the 1996 elections.

For 14 years, Cummings served in the Maryland House of Delegates. His predecessor, Lena King Lee, raised funds and campaigned for him; years later, Cummings credited her with launching his political career. In the Maryland General Assembly, he served as Chairman of the Legislative Black Caucus of Maryland. He was the first African American in Maryland history to be the Speaker Pro Tempore. Also, the second-highest position in the House of Delegates. Cummings also served on several boards and commissions, both in and out of Baltimore. Those include SEED Schools of Maryland Board of Directors and the University of Maryland Law School Board of Advisors.

He served on numerous Maryland boards and commissions including the Board of Visitors to the United States Naval Academy and the Elijah Cummings Youth Program in Israel. He was an honorary member of the Baltimore Zoo Board of Trustees. In addition to his speaking engagements, he wrote a biweekly column for the Baltimore Afro-American newspaper. Congressman Elijah Cummings was a member of the Phi Beta Sigma fraternity. Cummings was a member of the Congressional Progressive Caucus.

Elijah served as chairman of the Congressional Black Caucus during the 108th United States Congress. Cummings received praise following the congressional panel hearings on steroids in 2008. While investigating the use of steroids in sports, the panel called numerous baseball players to testify, including former single-season home run record holder Mark McGwire. After McGwire answered many questions in a vague fashion, Cummings demanded to know if he was “taking the Fifth”, referring to the Fifth Amendment. McGwire responded by saying, “I am here to talk about the future, not about the past.” The exchange came to epitomize the entire inquiry.

Cummings introduced the Presidential and Federal Records Act Amendments of 2014, a bipartisan bill signed into law by then-President Barack Obama in December 2014. The bill, which Cummings co-sponsored with Representative Darrell Issa, (R-California), is a set of amendments to the Federal Records Act and Presidential Records Act. Among other provisions, the bill modernizes the definition of a federal record to expressly include electronic documents.

Elijah supported the Smart Savings Act, a bill that would make the default investment in the Thrift Savings Plan (TSP) an age-appropriate target-date asset allocation investment fund (L Fund) instead of the Government Securities Investment Fund (G Fund).  Cummings called the bill a “commonsense change” and argued that the bill “will enable workers to take full advantage of a diversified fund designed to yield higher returns”. He introduced the All Circuit Review Extension Act.

A bill that would extend for three years the authority for federal employees who appeal a judgment of the Merit Systems Protection Board (MSPB) to file their appeal at any U.S. circuit court of appeals, instead of only the U.S. Court of Appeals for the DC Circuit. He also said that the Federal Circuit Court of Appeals has “an abysmal track record in whistleblower cases”. In remarks at the 2016 Democratic National Convention, Cummings declared: “Our party does not just believe, but understands, that Black Lives Matter. But we also recognize that our community and our law enforcement work best when they work together.” 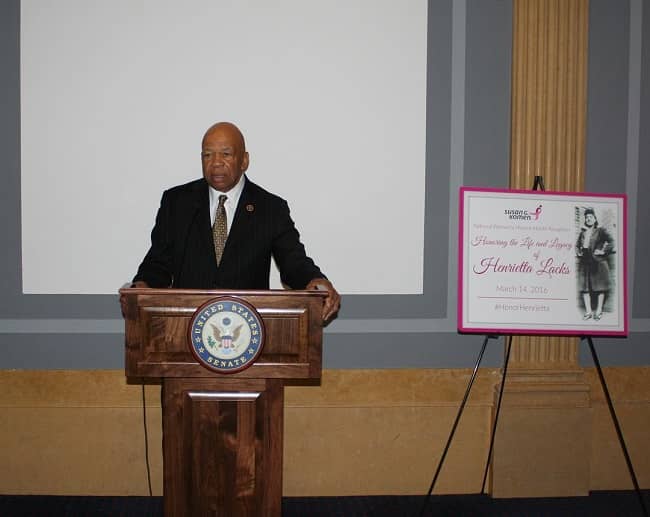 Elijah Cummings was awarded many honors and awards in recognition of his political career. Cummings received 13 honorary doctoral degrees from universities across the United States. Most recently an honorary doctorate of public service from the University of Maryland, College Park in 2017. In addition, Cummings is the first African American lawmaker to achieve the honor of lying in state at the nation’s Capitol.

Elijah Cummings was an American politician who had a net worth of $1.3 million at the time of his death in October 2019. According to his most recent personal asset disclosure, Elijah Cummings’ peak net worth ranged between $1.1 and $1.5 million, with roughly $750,000 of his net worth coming from his Baltimore home. As a long-serving senior Congressman, Elijah Cummings’ annual salary was $174,000.

Cummings lived in the Madison Park community in Baltimore. He married Joyce Matthews, with whom he had a daughter, Jennifer J. Cummings. He had a son and a daughter, Adia Cummings, from other relationships. After that, he married Maya Rockeymoore Cummings in 2009, who was elected chairwoman of the Maryland Democratic Party in December 2018. 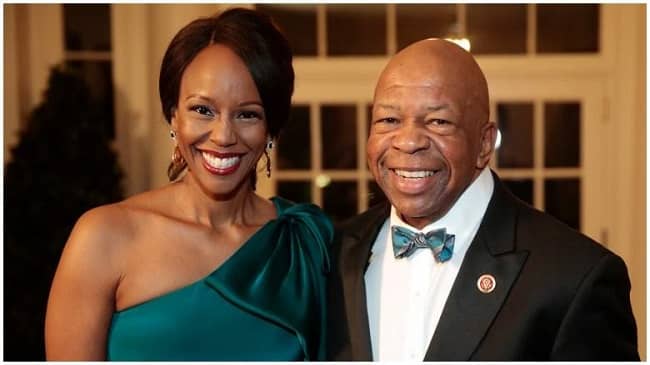 In June 2011, his nephew Christopher Cummings, son of his brother James, was murdered at his off-campus house near Old Dominion University in Norfolk, Virginia, where he was a student. Cummings underwent surgery to repair his aortic valve in May 2017 and was absent from Capitol Hill for two months. In July 2017, he developed a surgery-related infection but returned to work.

Cummings was later hospitalized for a knee infection. He was diagnosed with a rare form of cancer called thymic carcinoma in 1994 while serving as a member of the Maryland House of Delegates. It was revealed in November 2019 that Cummings had lived with cancer for 25 years, though it was not stated as the cause of death.

Regarding his body measurement, he was kinda fat and has cancer. He had a dark complexion and has an average height. Other more information regarding his weight, dress size, shoe size, waist size, chest size, and biceps size are not available. He has kept most of his personal information a secret. However, he used to have black hair but then as he became older, he went bald. Also, he had a pair of black eyes.