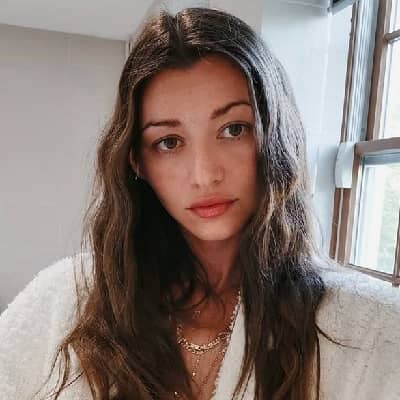 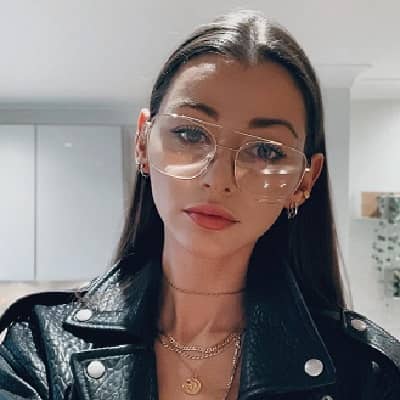 Eleanor Calder was born as Eleanor Jane Calder on July 16, 1992, in London, England, The United Kingdom. She holds British nationality and her birth sign is Cancer. Her father’s name is Philip Calder and her mother is Deborah Calder.

Likewise, she is 28 years old. She studied politics and sociology at the University of Manchester in 2013 in England. Also, she is the only child and does not have siblings. She is a dog lover and has pet dogs that are often seen on her Instagram account. 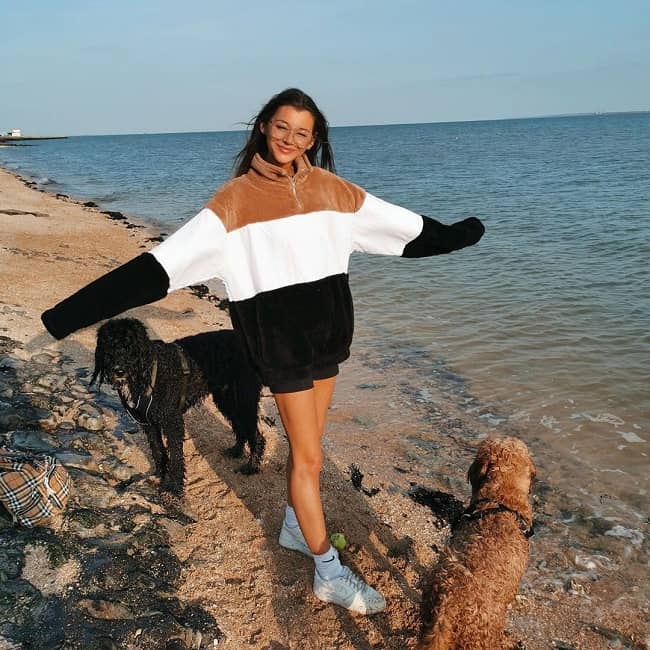 During her teenage years, she worked as a store assistant for Hollister. Before meeting Louis Tomlinson, through a mutual friend in September 2011. She was also a floor model at the shop ‘Hollister’. Later her plans were initially changed due to her overnight fame as her relationship with ‘One Direction’ member Louis Tomlinson came into the limelight. Once her relationship with Louis became public, Eleanor was hounded both by the paparazzi and jealous ‘1D’ fans who even set up hate accounts online to criticize her.   But the pair remained strong and Louis helped her set up her Instagram account.

The account started off with posts on the latest fashion trends. At the same time, she also started the blog ‘The Trend Pear’ with her friend Max Hurd.  The blog received positive feedback from many and focused on covering not only fashion but also lifestyle trends. Likewise, ‘The Trend Pear’ gained massive popularity for being one of the few blogs. It showcases both male and female fashion trends in a very modern gender-neutral way.

The blog was founded by Eleanor and Max Hurd to take away gender taboos in the fashion industry. So it is safe to say that the blog was a resounding success and helped launched the careers of both the bloggers. The same thing that gave her the fame was also the reason for her getting vilified by jealous ‘One Direction’ fans. Although Louis might have been the reason for bringing the spotlight on her. Currently, Eleanor has gradually developed a fan following of millions on Instagram as a fashion blogger.

Furthermore, one of the original creators of the now-inactive blog ‘The Trend Pear’, she uses her Instagram account to showcase the latest fashion trends. Also, she is closely associated with brands like Tommy Hilfiger and Diesel to name a few. One of the most sought after modern-day fashion bloggers, Eleanor has been instrumental in promoting youth fashion through her Instagram. However, she has also often expressed her discontent with finding herself constantly being hounded by paparazzi and gossip tabloids because of her relationship.

Eleanor Calder has not received any awards or nominations. She has a successful career as a model, blogger, and Instagram star. So she earns a good amount of money from her career and her hard work. However, her actual salary and net worth are not available. Also, Louis Tomlinson, her boyfriend has a net worth of $70 million dollars.

Eleanor Calder and Louis Tomlinson, an English singer were together from September 2011 until March 2015. During their relationship, Eleanor became very close to both Louis’ mom Johannah Deakin and sister Daisy. But many ‘1-D’ fans attacked her and sent her death threats and pictures of Louis’ ex-girlfriend Hannah Walker. She still receives hate from the online troll group ‘Larry Shippers’ who is obsessed with an imaginary romance between Louis and Harry Styles. Louis has supported her through all these.

However, they broke up allegedly due to Louis’ hectic tour schedule and her having to remain in England to concentrate on her studies. After the break-up, Louis had a couple of relationships and even had a son with then-girlfriend Briana Jungwirth. Still, Eleanor and Louis remained in touch through the years and they got back together in February 2017, after the death of Louis’ mother in December 2016. Since then, the couple has been inseparable and has even got matching tattoos of their initials ‘E’ and ‘L’. 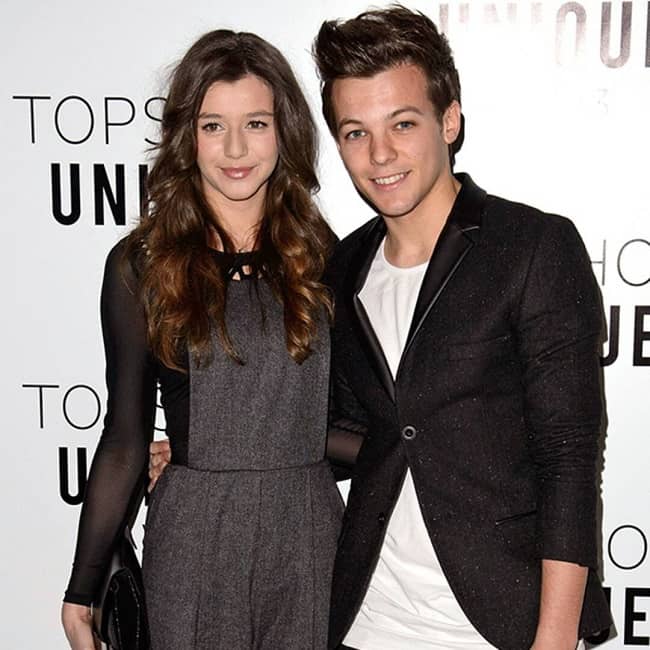 In March 2017, the couple was involved in a controversy when they were attacked by paparazzi and two fans at LAX airport. Video footage of the incident showed Louis trying to protect Eleanor from getting assaulted by two girls and trying to take away the paparazzi’s’ camera. Louis got arrested and later released on bail and the matter settled quietly. The two girls received severe backlash from fans.

Eleanor has beautiful hazel eyes and brown hair. Her body measurements are 33-24-34 inches and her dress size is 6. She stands at a height of 5ft 9in (175 cm) and weighs about 55 kg. Being a social media star, she is very active in her social media accounts. Her Instagram accounts (@eleanorj92) have 3.4 million followers and her Twitter account is @EleanorJCalder which has 2.9 million followers. 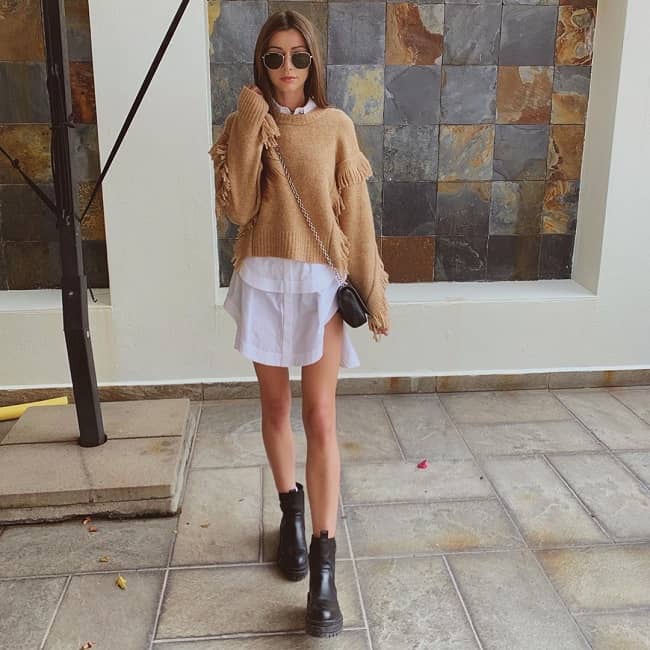 She also has a self-titled Facebook account (Eleanor Calder) which has 83k followers. She is also an avid traveler and often posts pictures of her travels to the Netherlands, Japan, Australia, and France. Currently, she is often seen modeling for different brands on her  Instagram account and this has been instrumental in her growth as an individual fashion influencer.