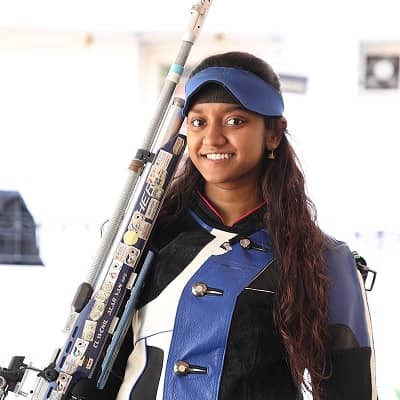 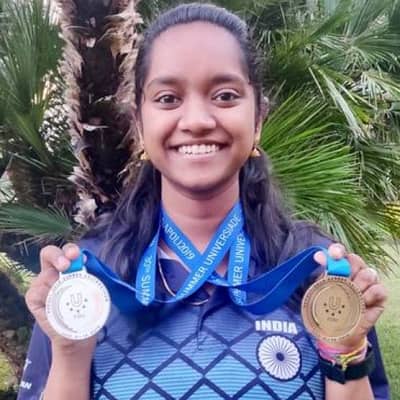 Elavenil Valarivan was born on August 2, 1999, in Cuddalore, India her age is 23 years old as of 2022 and Valarivan is a naturalized Indian citizen who practices Hinduism.

Similarly, her birth sign is Leo currently, she is living in Ahmedabad, Gujarat. Valarivan has received a lot of family support for her to be successful in her career. Valarivan Ruthrapathy is her father’s name, and he is a scientist and alumnus of the Indian Institute of Technology, Madras.

Saroja Valarivan is her mother’s name, and she is a teacher. She has an older brother, Ereivan, who is a Captain in the Indian Army. 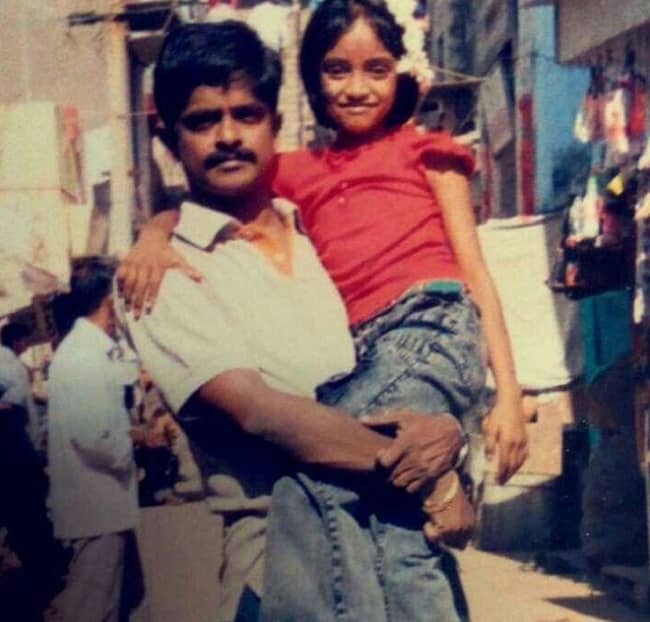 Talking about her educational background, Elavenil has done her schooling at Global Mission International School in Ahmedabad. However, Elavenil’s additional academic credentials are unavailable.

Later, Elavenil might have skipped college as she started her professional career at an early age.

Regarding her career, Elavenil is a sport shooter from Cuddalore, Tamil Nadu, India. Elavenil finished fourth in the ISSF Shooting World Cup 2019 finals in Munich.

Moreover, she won her first individual gold medal in the senior category at the 10m air rifle Asian Air Gun Championships in Taoyuan, Taipei, with a score of 250.5. Elavenil has played World Championship and Junior World Cup. Elavenil has often been dubbed the “Golden Girl” of Indian shooting.

As such, she was a major contender for the women’s 10m air rifle event in Tokyo 2020. However, she was unable to qualify for the event’s final, marking a disappointing start to her Olympic campaign. She finished the year as World No. 1 after a stellar season in 2019. She has been so consistent over the years that she was given the Tokyo slot despite not having won a quota.

Further, she was chosen over pistol shooter Chinki Yadav, who has now joined the reserves. Valarivan began shooting seriously in 2014 after being accepted into the Guns for Glory (GFG) Academy, which was founded by London 2012 bronze medalist, Ganga Narang.

She is mentored by Narang and is coached by Neha Chavan. At school, she won her first-ever shooting medal in a team event, which piqued her interest in the sport. Valarivan won her first ISSF Junior World Cup gold medal in Sydney with a final score of 249.8. 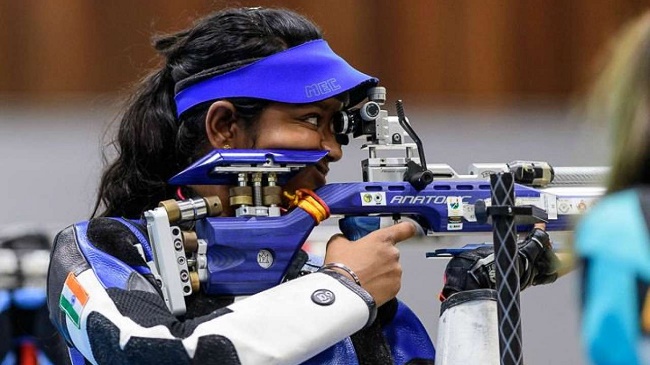 Her qualifying score of 631.4 set a new junior qualification world record. It was a fantastic year for her, and she continued her hot streak in the next edition of the competition in Suhl, Germany. She improved on her previous score of 251.7. In Suhl, she won another gold medal with Divyansh Panwar in the mixed team.

Elavenil won a gold medal for India at the 2018 ISSF Junior World Cup. Similarly, she won silver at the World University Games in 2019 before winning gold at the World Junior Cup Suhl 2019.

In contrast, she won silver in her pet category at the ISSF World Shooting Championships in Changwon. She announced her arrival in the junior section with four golds, one silver, and one bronze. In addition, she has won Ficci India Sports Award 2020. 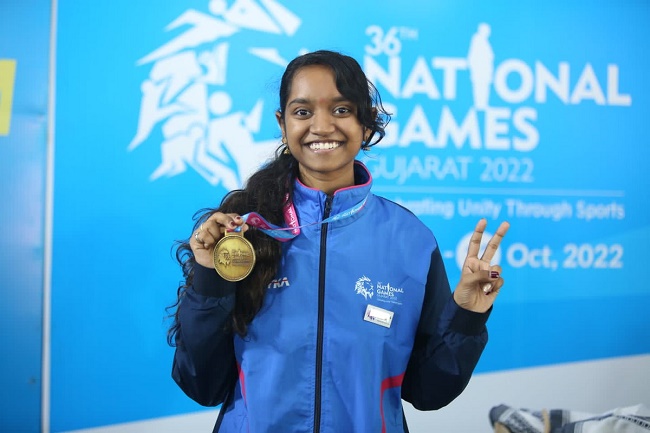 Elavenil Valarivan is an Indian sport shooter who has earned a considerable income from her work. Elavenil’s estimated net worth is around $300k. Also, Elavenil’s annual salary is $30k per year and her source of income is mainly her shooting profession.

Elavenil Valarivan may be single and not dating anyone right now. Also, Elavenil hasn’t been married before and doesn’t have any past relationships or previous engagements.

Moreover, Elavenil has no children and it is seen that Elavenil is quite happy being single at the moment. Similarly, there is no indication on Elavenil’s social media that she is in a relationship.

Elavenil hasn’t been associated with any sort of rumors or controversies. Also, Elavenil always avoids the media and engaging in situations that can damage her professional shooting career.

Talking about her height Elavenil is 5 Feet 4 inches tall and weighs 54kg. Similarly, Elavenil’s body measurement is 35-27-34 inches and her eyes and hair color both are black. Also, Elavenil’s dress size is 5 and her shoe size is 7(US).